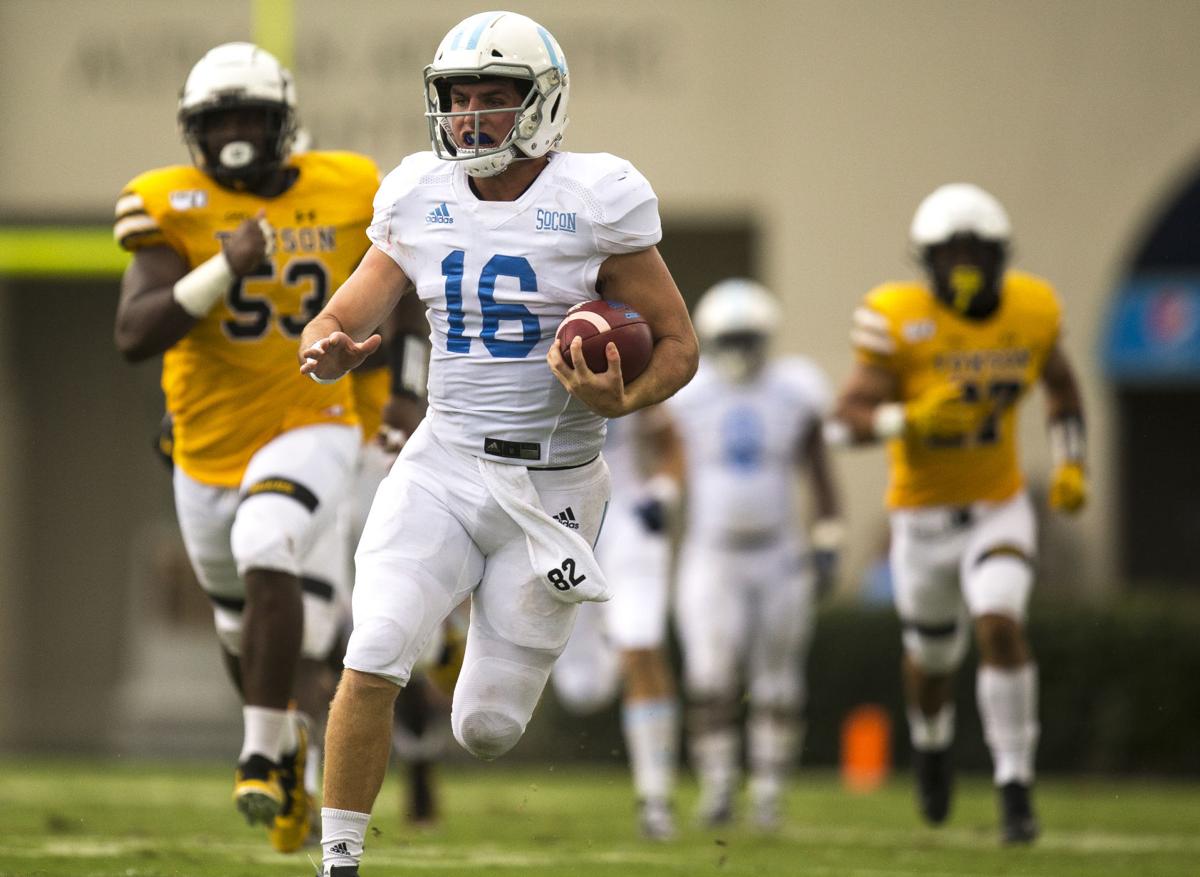 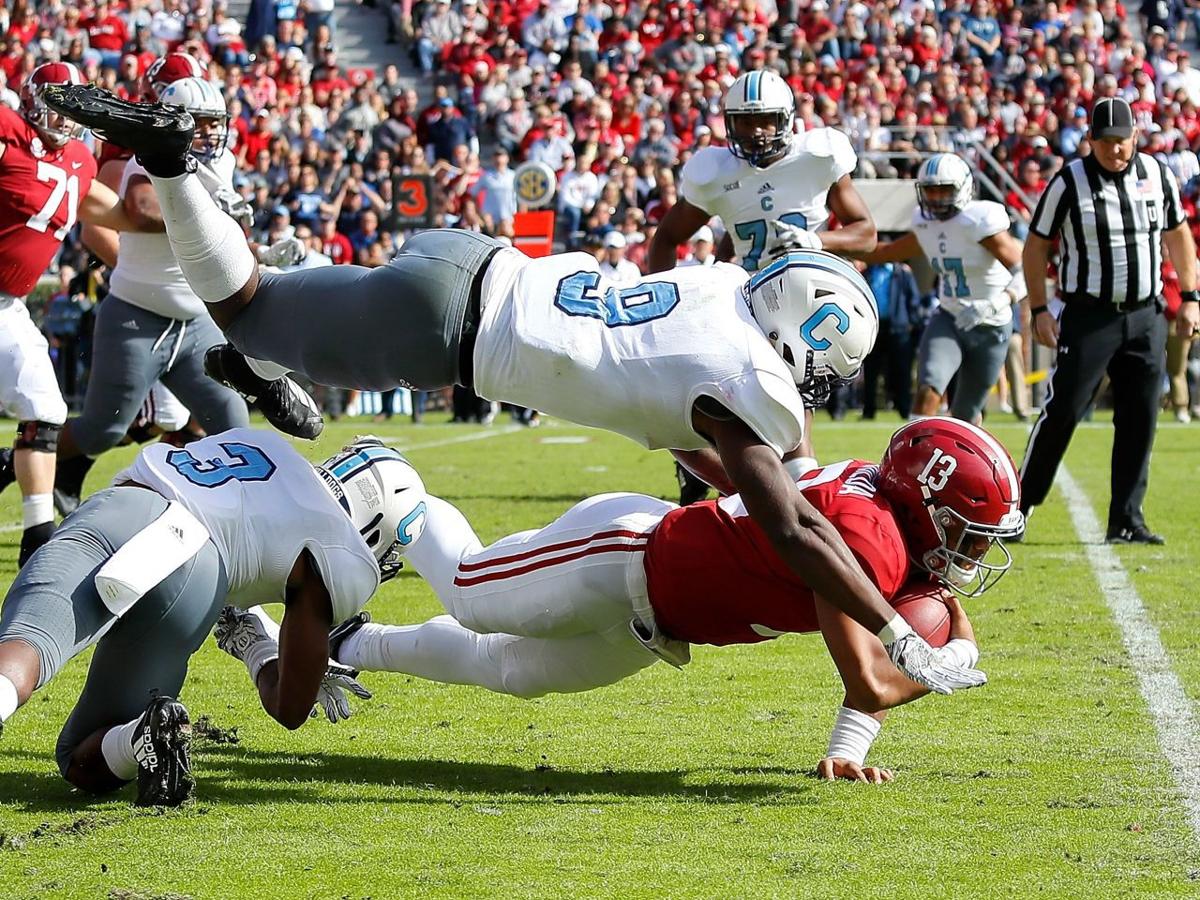 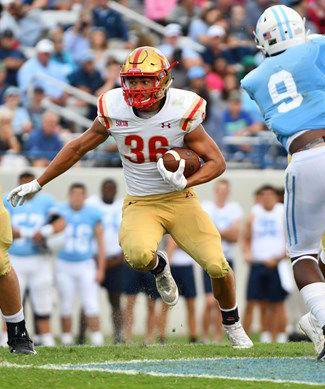 VMI All-American running back Alex Ramsey (36) will transfer to The Citadel as a graduate student. Provided/SoCon

VMI All-American running back Alex Ramsey (36) will transfer to The Citadel as a graduate student. Provided/SoCon

Three Citadel football players were named to the preseason All-America team by HERO Sports on Thursday, including quarterback Brandon Rainey as a first-team pick.

Rainey made the first team as an athlete, while linebacker Willie Eubanks III and running back Alex Ramsey, a graduate transfer from Citadel rival VMI, were named to the third team.

A third-team All-American by HERO Sports last season, Rainey accounted for a school-record 30 touchdowns in 2019, becoming just the second Citadel QB to rush for and throw for at least 10 touchdowns in the same season.

He rushed for 900 yards and 17 touchdowns, while also throwing for 1,114 yards and 13 touchdowns. Rainey was the first Citadel QB to throw for more than 1,000 yards in a season since 2008, and his 13 TD passes were the most since the same season.

The Buck Buchanan Award finalist finished the year with 112 tackles, 11.5 tackles-for-loss, four sacks, three forced fumbles, one fumble recovery, one interception and 11 quarterback hurries. His tackle total was the Bulldogs' highest since Travis Stephens (144) and Denny Haywood (134) in 2000.

At VMI last season, Ramsey was named a second-team All-American by The Associated Press, AFCA and STATS after rushing for 1,326 yards and 22 touchdowns to lead the Southern Conference. He also added 50 catches for 323 yards.

Also, Charleston Southern junior defensive lineman Shaundre Mims was named to the third team. The Vanceboro, N.C. native led the Big South Conference with 10 sacks on the season and finished among the conference leaders in tackles for loss.

Despite coronavirus, Citadel football put together a productive spring