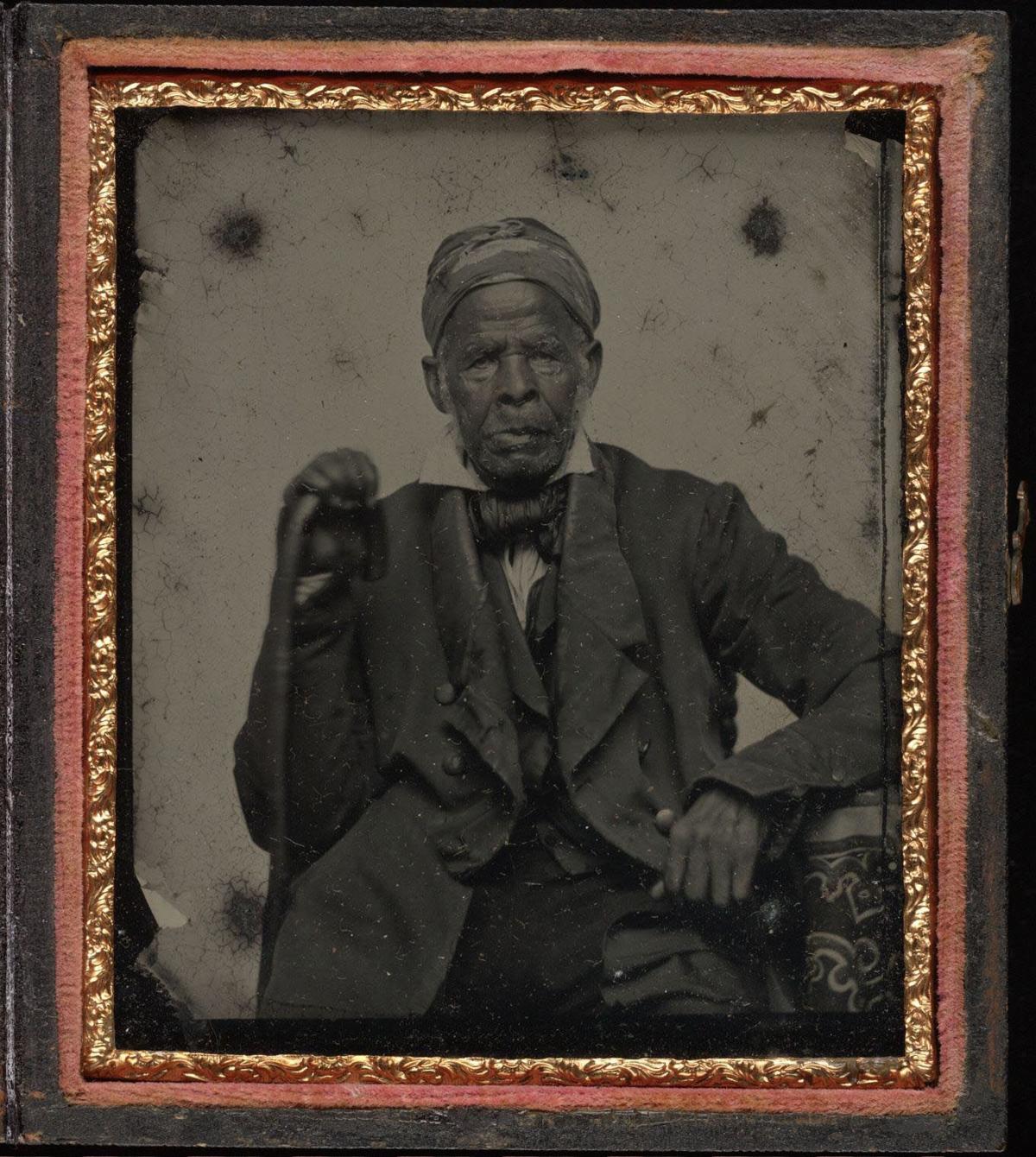 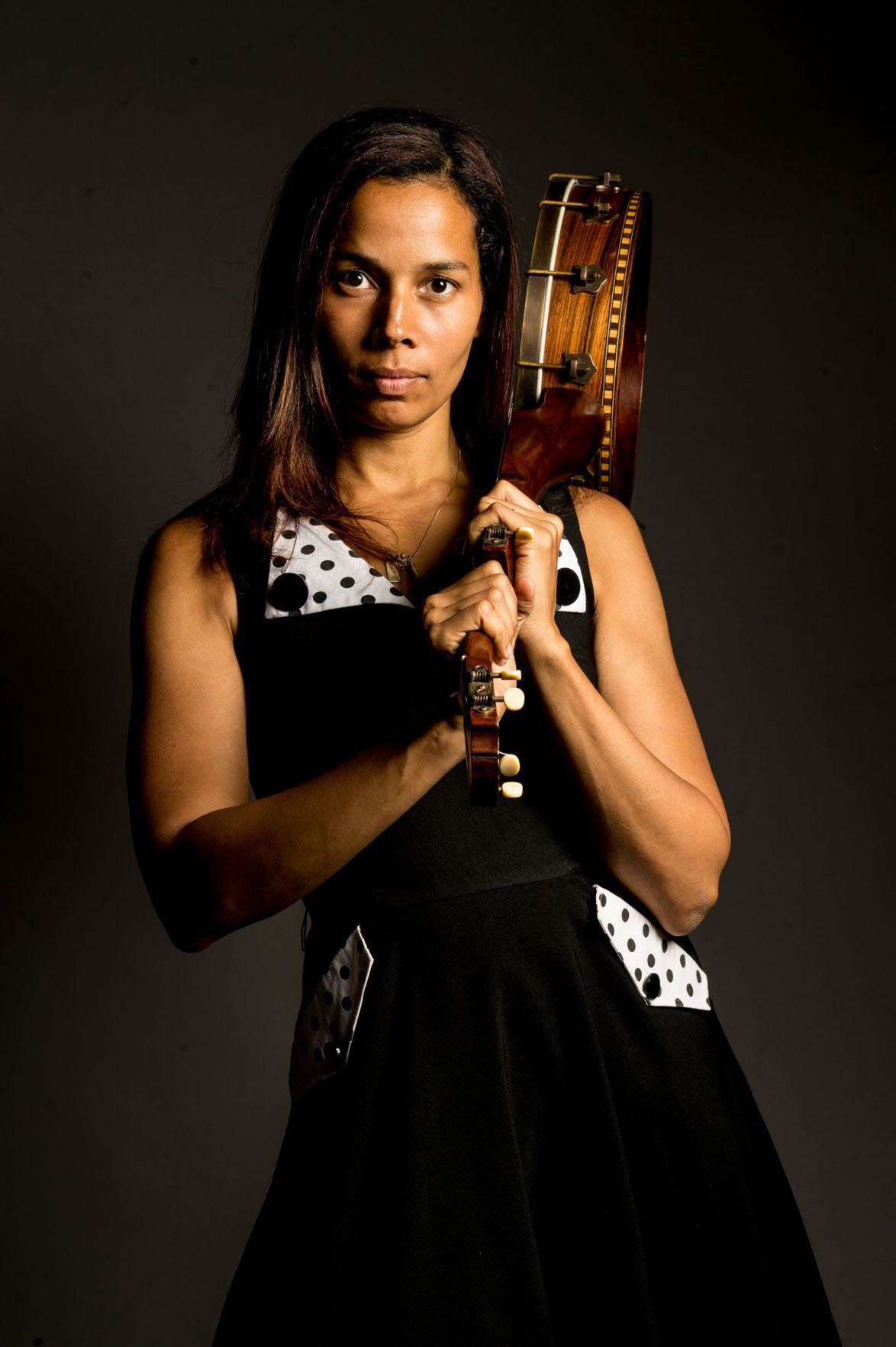 Grammy Award-winner Rhiannon Giddens is writing an opera for Spoleto Festival USA based on the life of the enslaved African Omar Ibn Said, a literate Muslim. Provided 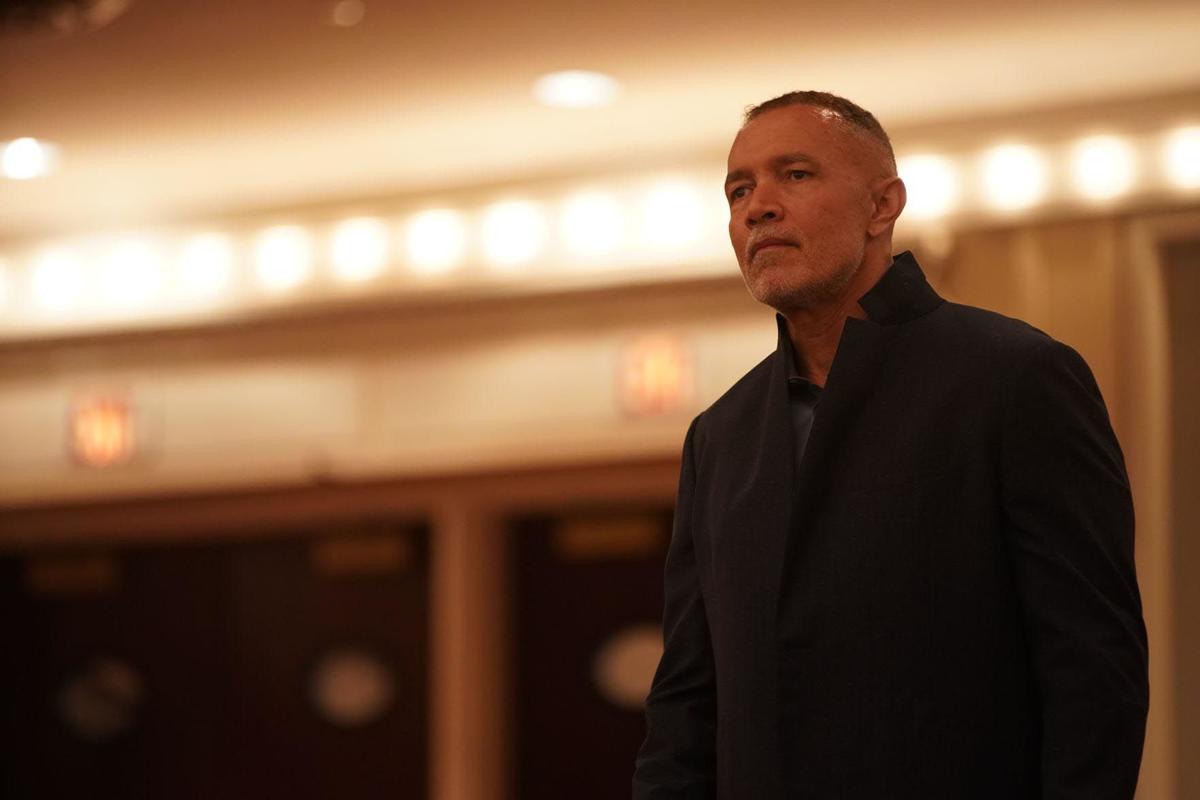 Michael Abels is the co-composer of Spoleto Festival USA's yet untitled 2020 world premiere opera based on the life and autobiography of Omar Ibn Said. Todd Rosenberg/Provided 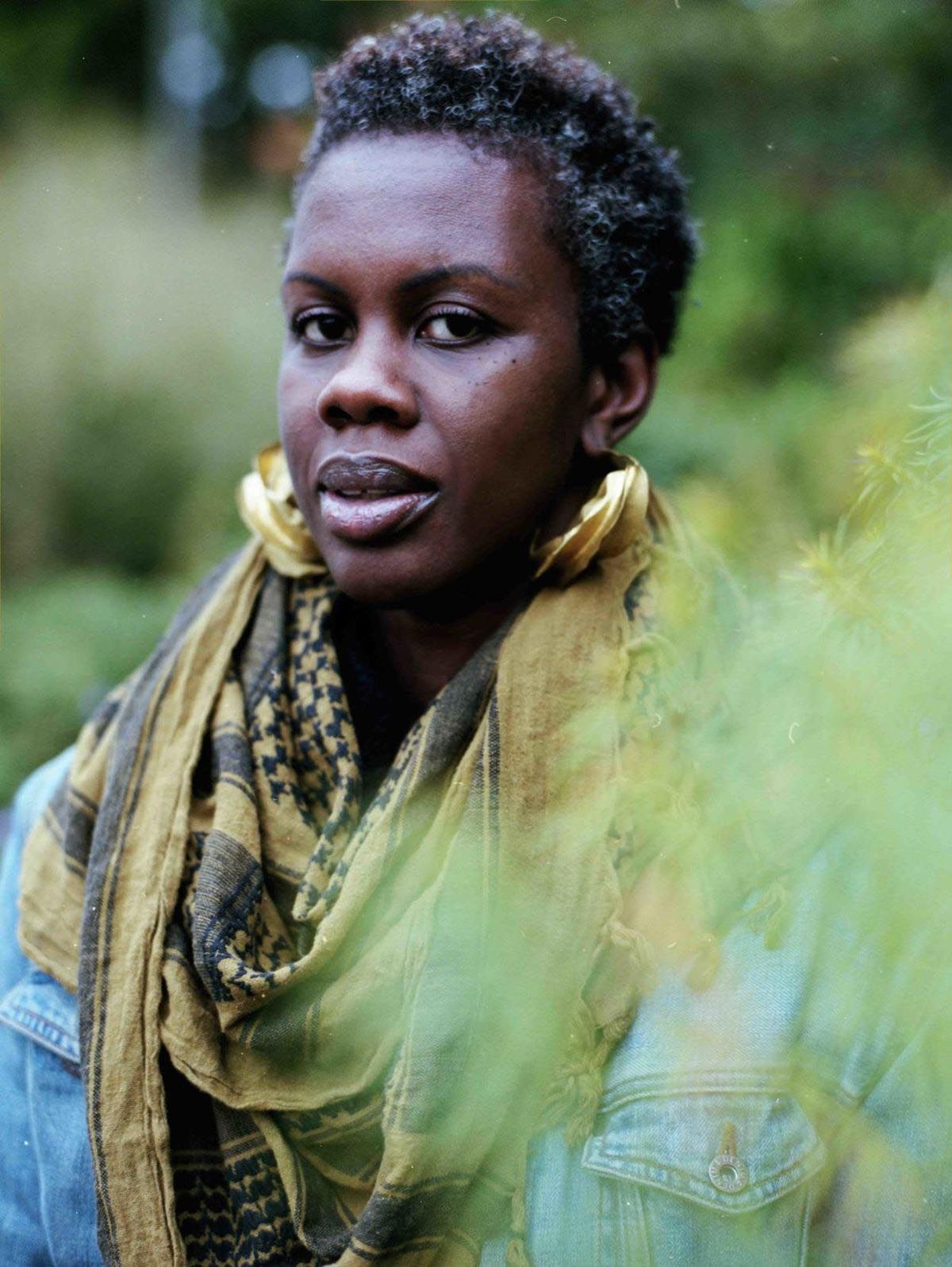 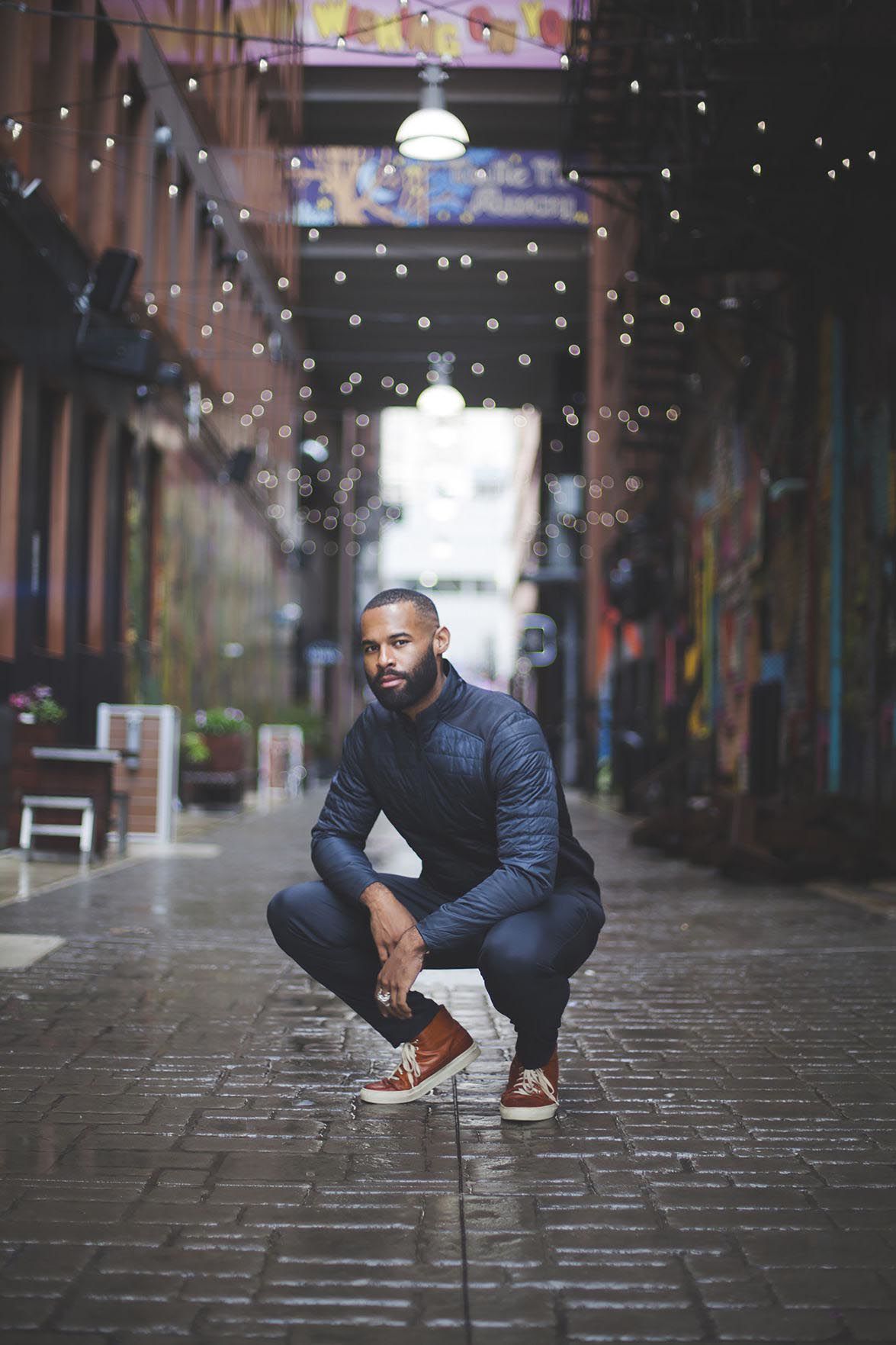 Grammy Award-winner Rhiannon Giddens is writing an opera for Spoleto Festival USA based on the life of the enslaved African Omar Ibn Said, a literate Muslim. Provided

Michael Abels is the co-composer of Spoleto Festival USA's yet untitled 2020 world premiere opera based on the life and autobiography of Omar Ibn Said. Todd Rosenberg/Provided

When we think of the Transatlantic Slave Trade and the experiences of Africans in the rice economy of the coastal Southeast, we might recall aspects of Gullah culture, or how the black church became a pillar of these tenuous communities.

Others may remember how the expertise of West Africans enabled white planters to produce bumper crops that made these landowners rich. Or how some among the enslaved developed the skills to produce beautiful iron work, to construct a city, to make beautiful music, despite the hardships they faced.

What we don’t typically think about is that some portion of these men and women brought here against their will, maybe 10 or 20 percent of them, were Muslim. And a disproportionate number of these Muslim slaves were educated, literate, book smart.

One who passed through Gadsden Wharf on the Charleston Harbor was Omar Ibn Said, sold in Charleston in 1807 at age 37 to a brutal master. He escaped to North Carolina, was captured and jailed, then sold again to James Owen, the brother of one of the state’s governors. In 1831, Ibn Said wrote his autobiography in Arabic. In 2017, the book was acquired by the Library of Congress and translated into English.

Spoleto Festival General Director Nigel Redden learned of Ibn Said and immediately an idea popped into his head: Opera. The festival would stage a musical rendering of Ibn Said’s extraordinary life, with its connections to Charleston and its compelling narrative arc. It would be a way for the festival to mark Charleston’s 350th anniversary, to acknowledge the efforts of the International African American Museum and to shed light on a lesser-known aspect of American slavery.

“This opera gives us a way to look at Charleston in a more comprehensive way,” Redden said in a statement. “And in exploring Charleston’s history, we’re exploring America’s history.”

But who could the festival commission to write it?

He asked his staff, and Nicole Taney, director of artistic planning and operations, tossed up an unexpected name: Rhiannon Giddens.

Giddens is a classically trained musician — she studied opera and vocal performance at the Oberlin Conservatory of Music — who has become a champion of research-based string band music that asserts its African and African American origins and influences. She plays banjo, an instrument that likely derives from the ngoni and xalam, hide-covered stringed instruments from West Africa. She sings folk songs about the experiences of oppressed people and writes music that recalls difficult aspects of history.

A festival veteran, she has performed lately with symphony orchestras, in a sense returning to her classical music beginnings.

Everyone at Spoleto Festival USA agreed that she’d be perfect.

“My work as a whole is about excavating and shining a light on pieces of history that not only need to be seen and heard, but that can also add to the conversation about what’s going on now,” Giddens said in a statement. “This is a story that hasn’t been represented in the operatic world, or in any world.”

The opera is co-produced by Carolina Performing Arts and will travel to the University of North Carolina Chapel Hill after its May 22, 2020, Sottile Theatre premiere at the Spoleto Festival.

The idea was first broached two years ago, and Giddens let slip from the concert stage at the Charleston Music Hall that she would be working on an opera for Spoleto Festival. Since then, much has been accomplished. Part of the seven-person cast has been secured (Jamez McCorkle as Ibn Said and Daniel Okulitch as the Master), along with a director (Charlotte Brathwaite), co-composer/orchestrator (Michael Abels) and conductor (John Kennedy).

Giddens has been consulting with scholars and poring over archival materials in her home state of North Carolina and elsewhere to help her craft the libretto. And already, two music workshops have been held in New York City.

The opera, yet to be titled, will present Ibn Said’s “spiritual journey” from Senegal to the Carolinas, according to the festival.

Brathwaite said that our conceptions of slavery too often give short shrift to the complex lives of enslaved people, the many roles they played as members of families and communities, and the efforts they made to retain their cultural heritage.

“I want to create a world which celebrates Ibn Said’s fight to hold onto his humanity at all costs and his enduring determination to throw off the chains of mental slavery,” she said in a statement. “I want to create a production that acknowledges his pain and inspires with his strength.”

McCorkle made his Spoleto Festival debut as Lensky in the 2017 production of Tchaikovsky’s “Eugene Onegin.” Okulitch will be joining the festival for the first time. Other cast members will be announced in coming months.

Abels composed the soundtracks for Jordan Peele’s “Get Out” and “Us,” as well as for the Netflix feature “See You Yesterday.” He has written many symphonic works performed by orchestras around the world.

Kennedy is resident conductor and director of orchestral activities for Spoleto Festival USA.

With support from the Thomas S. Kenan Institute for the Arts, the festival is developing education outreach initiatives for Charleston area schools and organizations and has hired a full-time outreach coordinator who will work with local groups through the 2019-20 school year. Materials created for this purpose will be shared with Carolina Performing Arts.

The full 2020 Spoleto Festival programming will be announced in January.