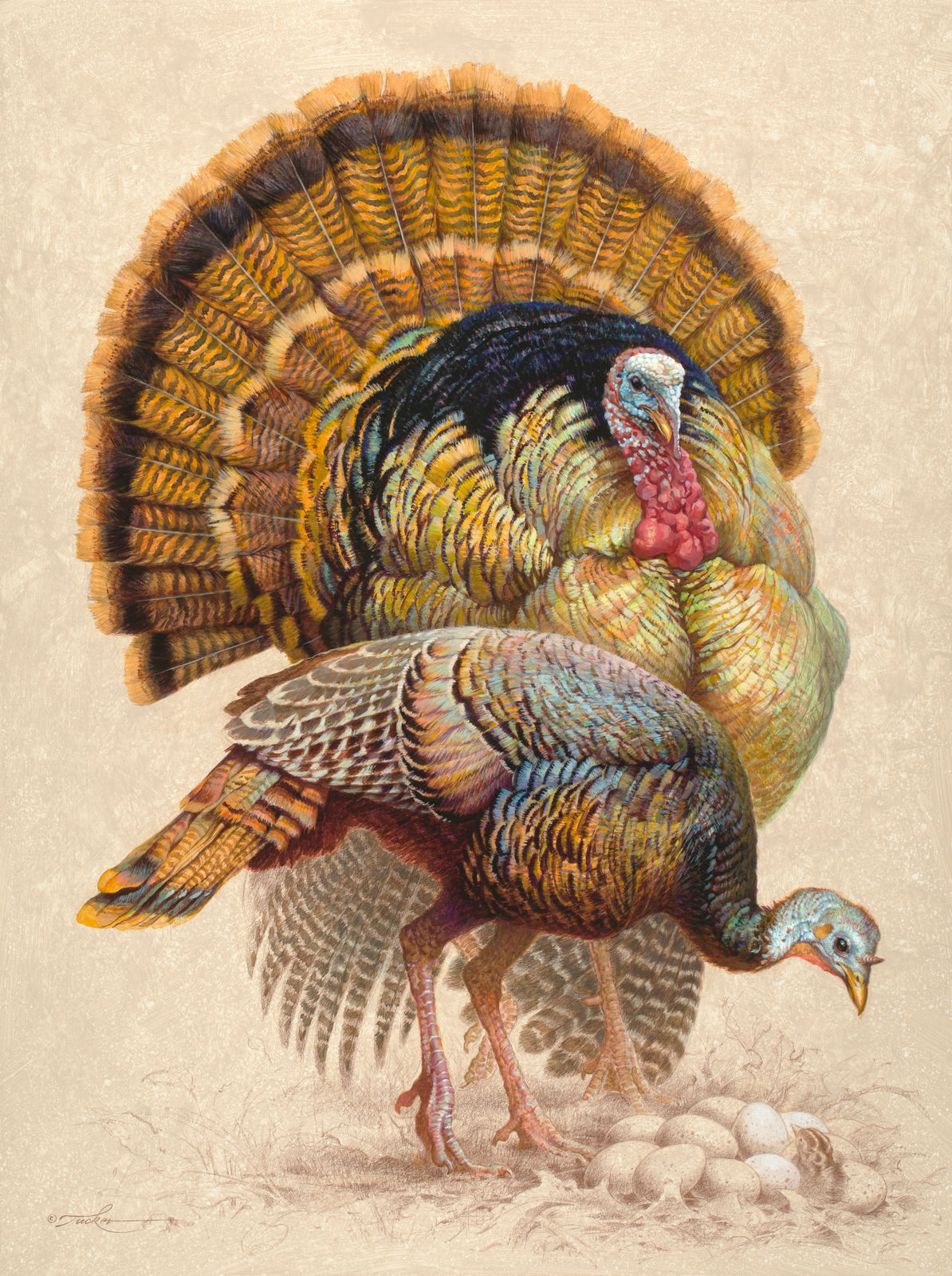 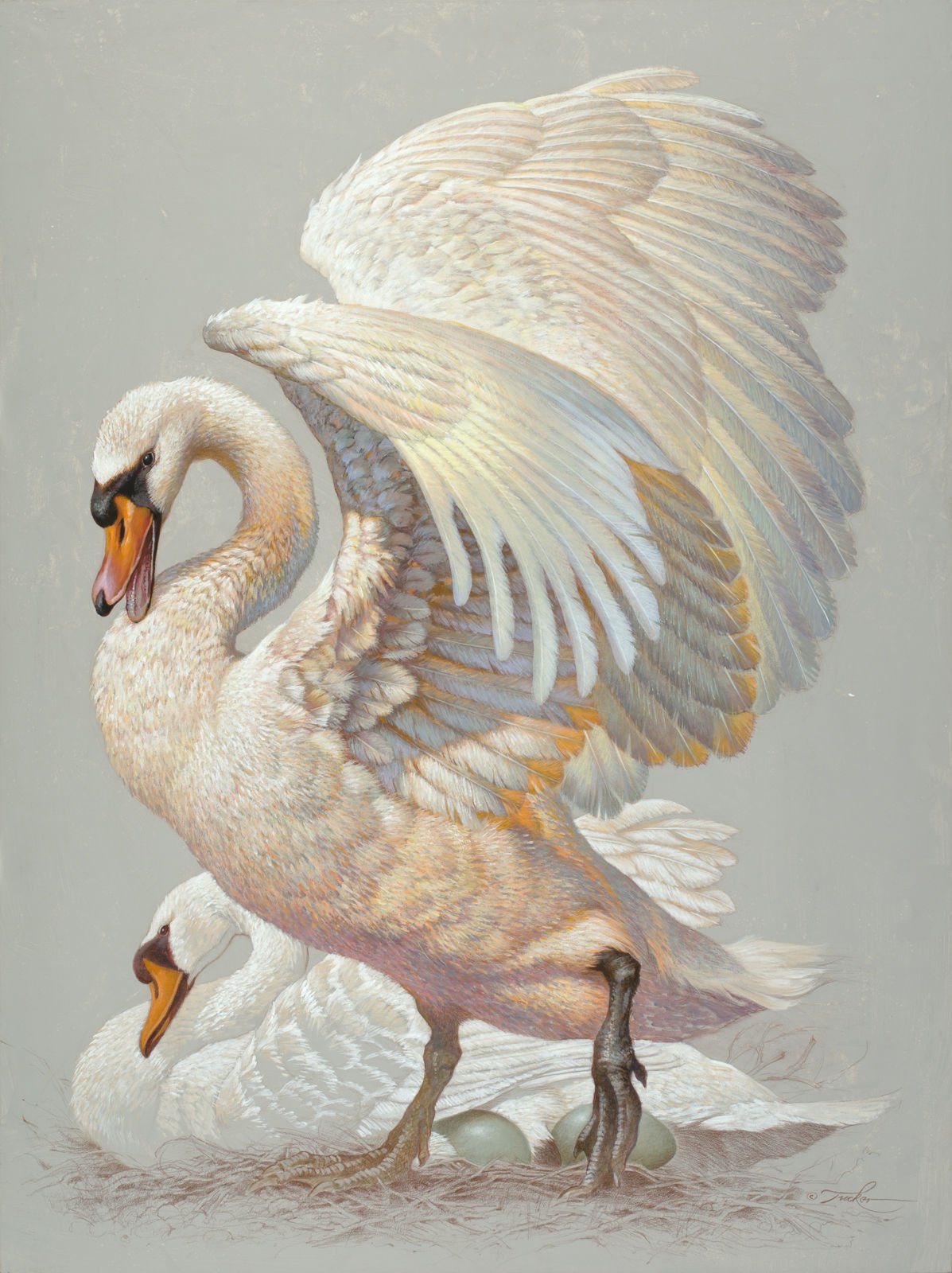 "Protecting the Brood" by Ezra Tucker 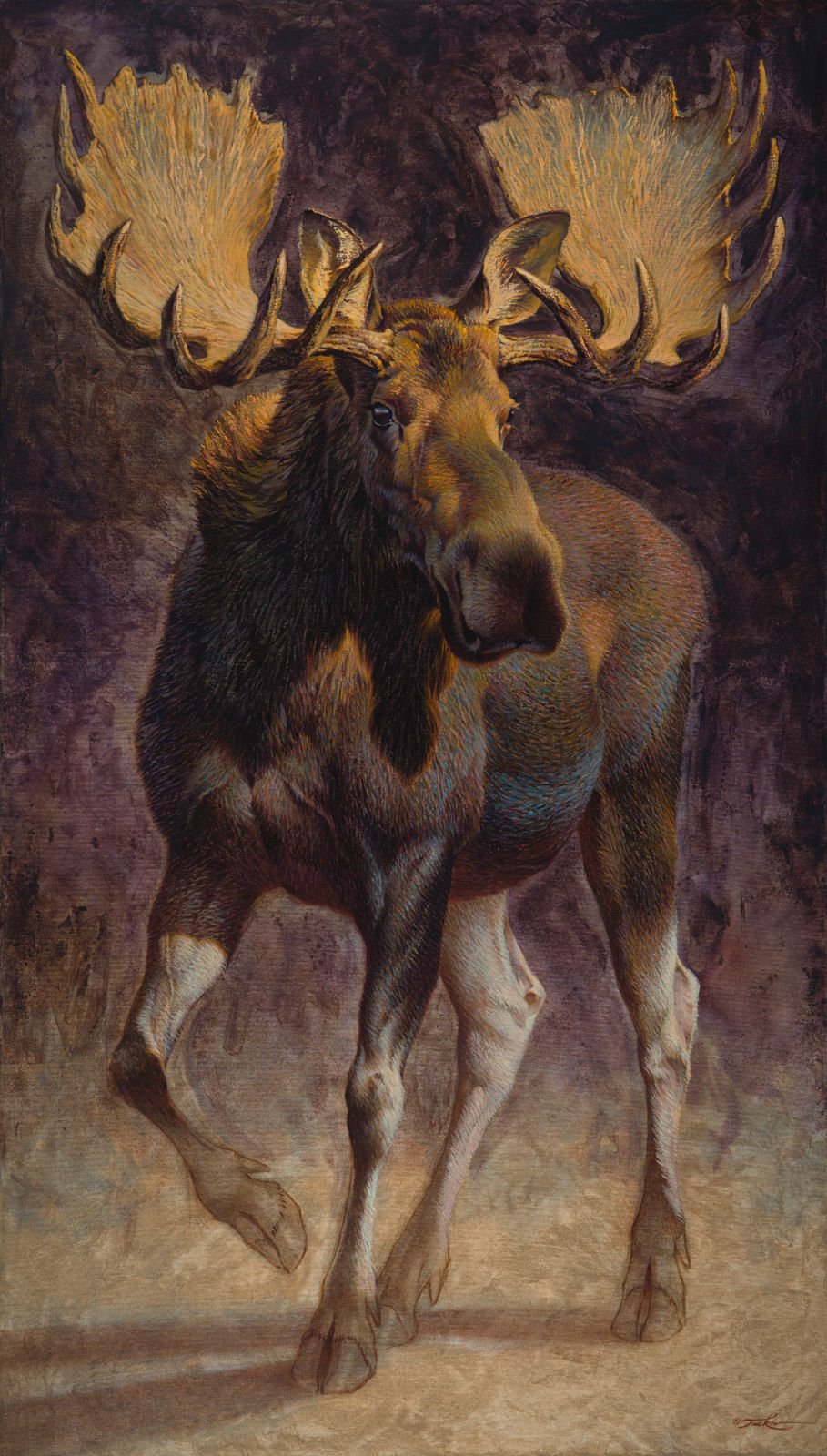 "A Foxy Vixen" by Ezra Tucker 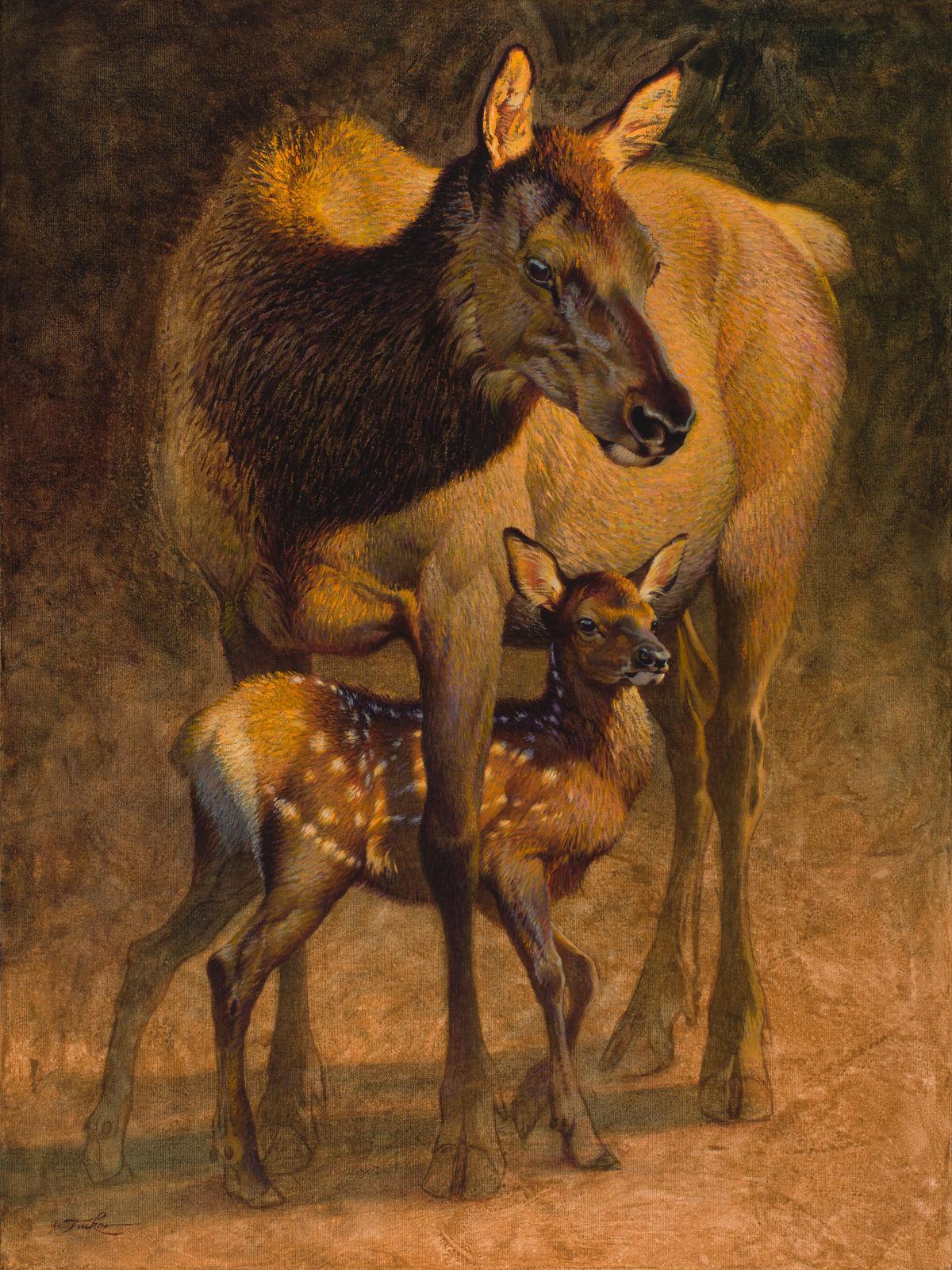 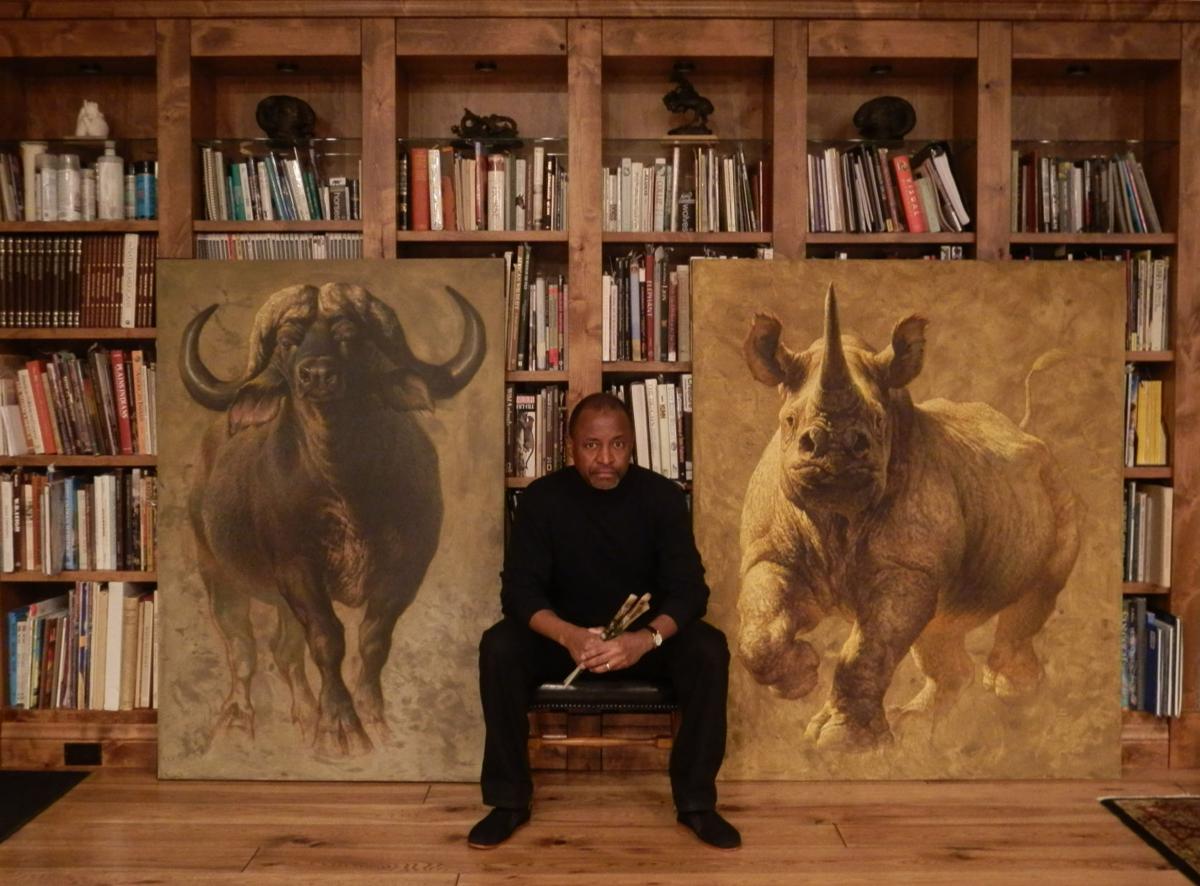 "Protecting the Brood" by Ezra Tucker

"A Foxy Vixen" by Ezra Tucker

Ezra Tucker, featured artist of the 2017 Southeastern Wildlife Exposition, has a soft, warm voice. Looking through his portfolio you imagine it’s the gentle address required to approach the timid fawns and delicate foxes captured in some of his paintings, poised it seems to leap from the canvas.

A native of Memphis, Tennessee, and graduate of the Memphis College of Art, Tucker has enjoyed a long career as a wildlife artist and illustrator. Not familiar with his large-scale animal paintings, you might sooner recognize his renderings of the now-iconic Anheuser Busch Clydesdales or his images for Hallmark, where he spent his early career. Nowadays, he paints from his home in the wilderness of Colorado where he lives with his wife and three children and isn’t interested in selling any products.

“The work I do now is about trying to give these animals life, in a way that’s not photographic. I’m trying to get people to connect with these creatures and highlight them in a different way.”

Central to this difference is capturing the individual spirit, intelligence and personality of the animals he paints.

“I never had pets growing up,” he confesses. “I was asthmatic and allergic to cats and dogs, so whenever I saw the neighbor’s dog or cat, I’d spend hours sitting and watching them. Looking into their eyes, I saw personality. It reminded me of observing my parents, my sister and my brothers.”

This individuality, this humanness, is at once apparent in a painting such as “A Regal Bandit,” which headlines Tucker’s website. A solitary fox stares, not at the viewer, but past them, behind the camera at the cameraman, not at the viewer but at the painter. His front legs are primly drawn, his head held high, a full, beautifully rendered tail unfurled beside him. Indeed there’s a fire in his eyes that makes you wonder, what lies behind them? It is a question at the heart of all of Tucker’s work.

“I believe animals go through all the emotions human beings experience. Sadness, happiness, fear. You can see it, especially when you look at dogs, wolves, foxes. Sadness comes through the eyes.”

Tucker realizes the individuality of his subjects by making very specific stylistic choices. His paintings are rarely set in natural surroundings. More often his subjects, drawn from his imagination and from memory, pose isolated with a spotlight on them. As Tucker says, “It’s not about putting the animal out in the sunlight and having all of the foliage and the trees in the background. You have a different appreciation for it when it’s under a spotlight.” Like the opera or the theater, a spotlight is used to draw your attention to the stage, to the star, with equal parts romance and drama.

His selection for the 2017 SEWE promotional poster, which depicts a tender moment between a doe and her fawn, poignantly illustrates the parallels in his paintings between the emotional lives, behaviors and rituals of humans and animals.

“To see a doe nurturing her fawn, there’s an intimacy. My wife and I have three kids. To see my wife nurturing our children when they were babies ... there’s a softness between mom and baby that I can see in these animals. She’s very careful about how she steps around that fawn, how she looks at that fawn. There’s a caring that’s familiar to me watching my wife nurture our own children.”

The expo’s cover poster reveals the artist’s quest to challenge the viewer’s expectation, too, of what makes worthy subject matter for wildlife art.

“I have been a professional artist since 1977. In the last four or five years doing commissions, I was often asked to do majestic male portraits. People wanted to see the big buck or the big rack on the moose. When this opportunity came up I thought, let’s see what happens if I highlight the female creatures. ... I want to see that softness, not highlighted as much as it could be.”

More than an artist, Tucker sees himself as a naturalist in the tradition of Darwin and Audubon, imagining when he was a child what it would have been like to travel the Galapagos Islands, without an camera or an iPhone, to capture species yet unknown to the Western world. In that same tradition, and coming off the heels of an election where one of the many hot-button issues was climate change, he considers himself a conservationist and his paintings an entry point for dialogue around how to preserve the beauty of the natural world.

You see this spirit clearly represented in paintings like “Lands End,” which depicts a polar bear seemingly stranded on a melting ice float. Like all of Tucker’s paintings, the combination of the image and the painting’s title suggest a deeper significance. Here it doesn’t take much imagination to see the painting as a comment on the man-induced environmental changes that threaten the polar bear population. Its focus on the appreciation of wildlife is, after all, another reason Tucker was proud to have his work featured in SEWE.

With an emphasis on the diversity, intelligence and individuality within the animal kingdom, Tucker’s work is unique and powerful because ultimately it requires we reconsider how we view ourselves in relation to animals and to one another. You can view Tucker’s work at SEWE from Feb. 17-19 at the Charleston Place Hotel, and consider there what you have in common with his subjects and, perhaps, what they have to teach you.