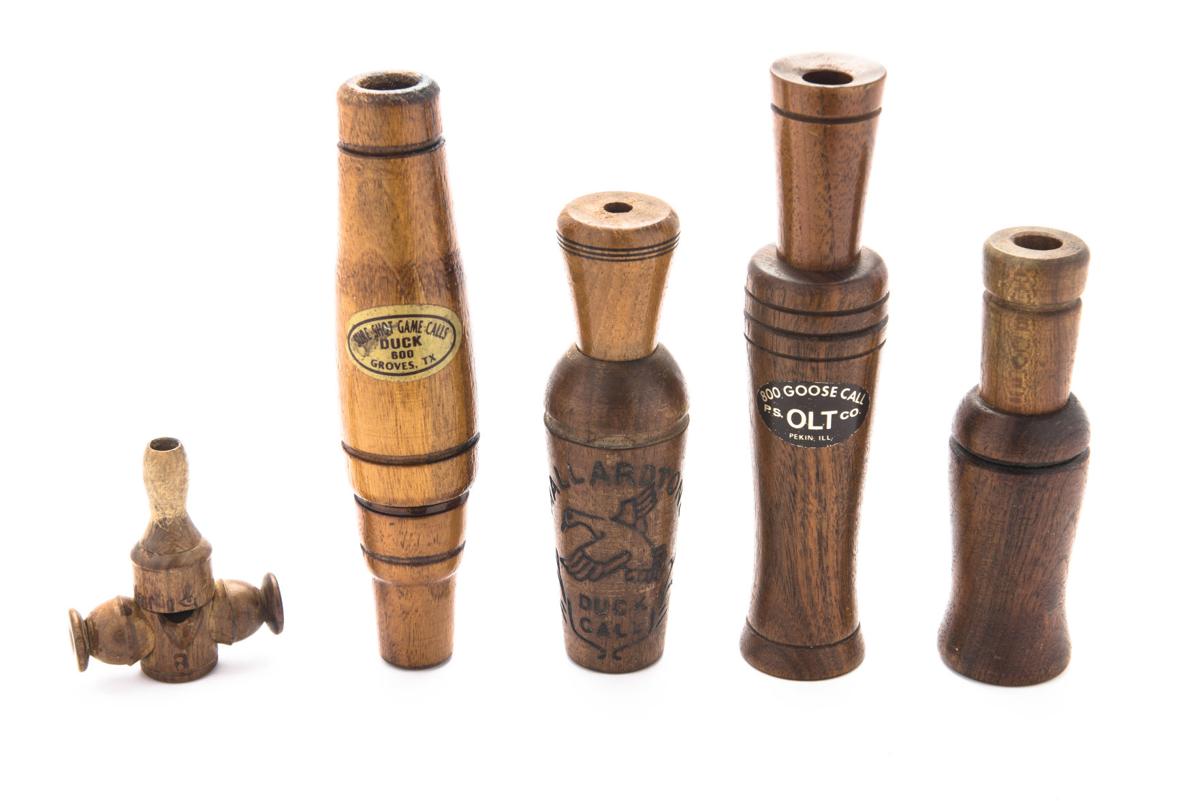 Hand-crafted duck calls will be part of the waterfowl exhibit at Charleston Museum during the Southeastern Wildlife Exposition. Provided 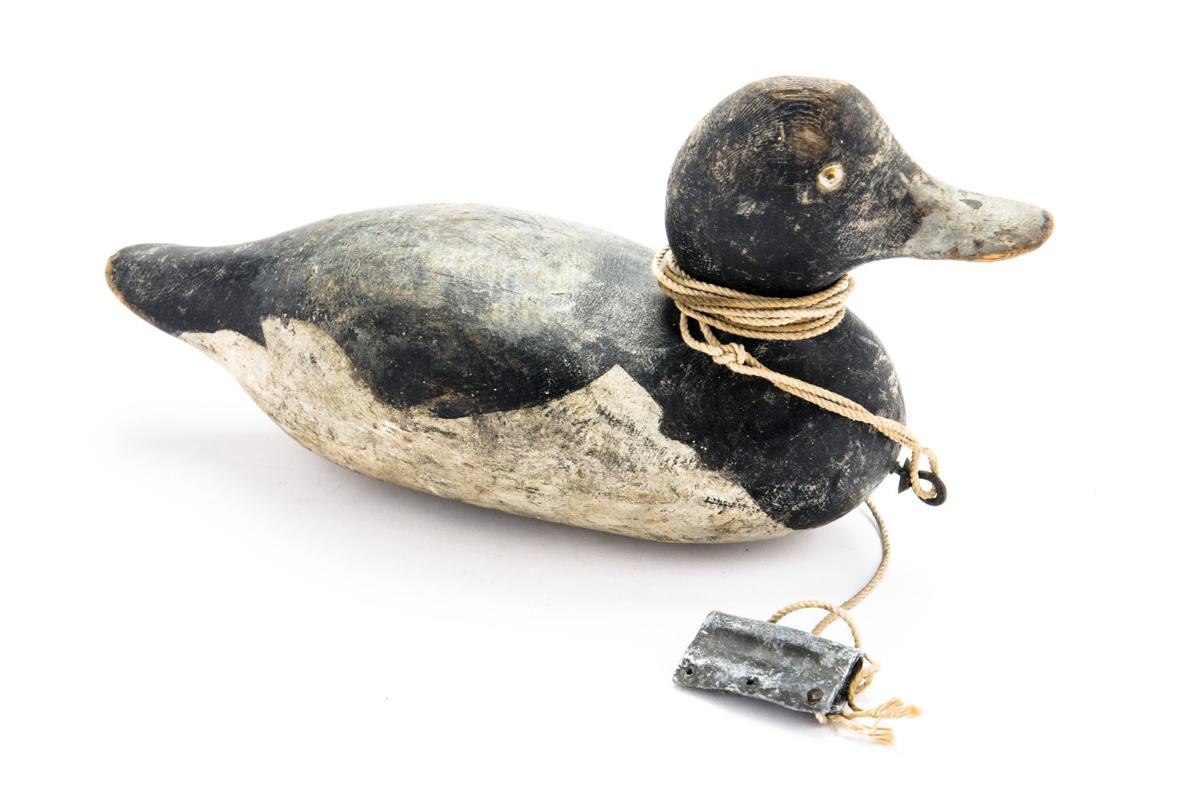 Duck decoys will be part of the waterfowl exhibit at the Charleston Museum for the Southeastern Wildlife Exhibition. Provided 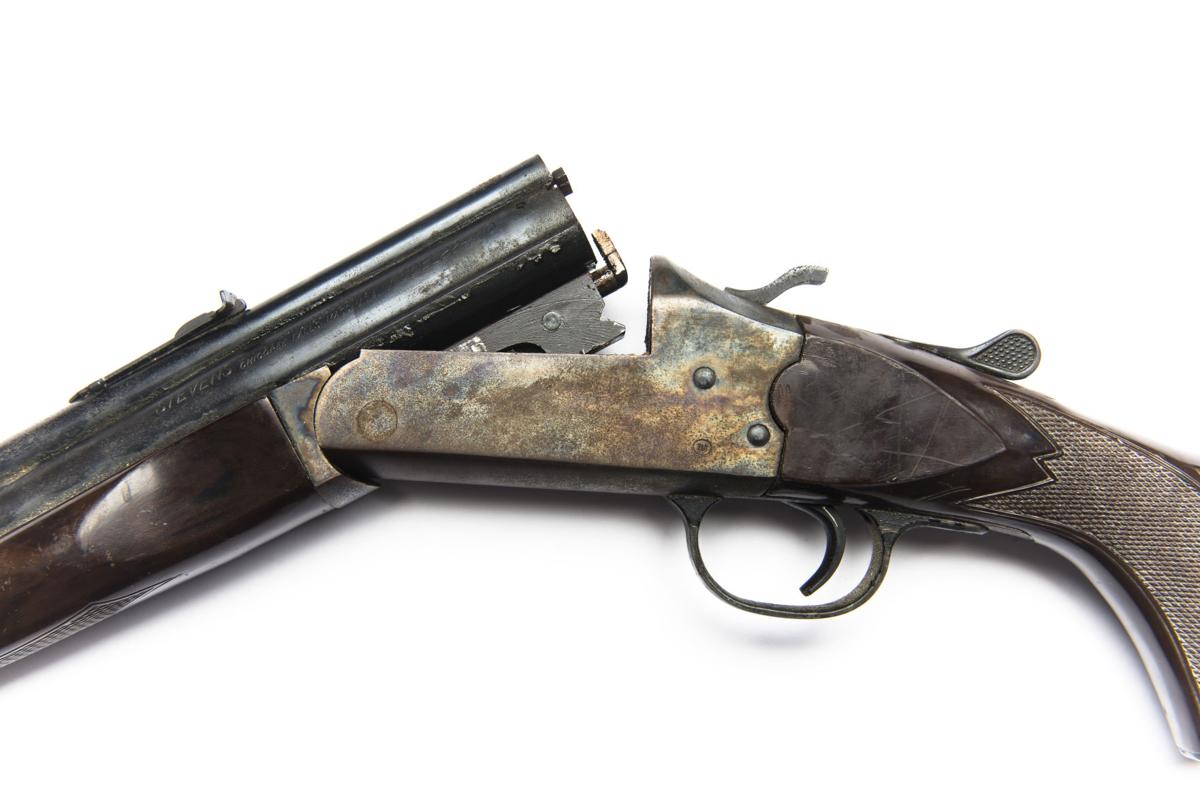 Some hunting guns will be part of the waterfowl exhibit at the Charleston Museum during the Southeastern Wildlife Exposition. Provided 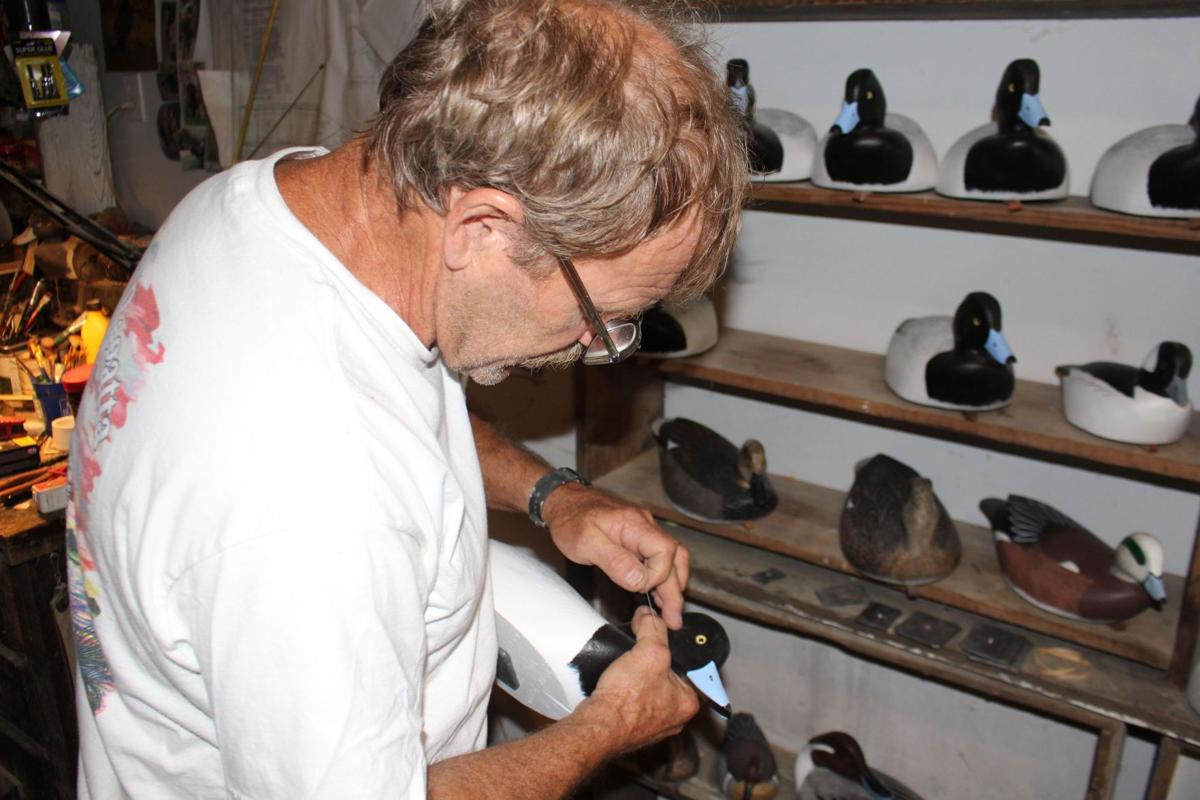 Carver Tom Boozer of Meggett shows how the eyes are inserted into his hand-carved hollow body decoys.

Hand-crafted duck calls will be part of the waterfowl exhibit at Charleston Museum during the Southeastern Wildlife Exposition. Provided

Duck decoys will be part of the waterfowl exhibit at the Charleston Museum for the Southeastern Wildlife Exhibition. Provided

Some hunting guns will be part of the waterfowl exhibit at the Charleston Museum during the Southeastern Wildlife Exposition. Provided

Carver Tom Boozer of Meggett shows how the eyes are inserted into his hand-carved hollow body decoys.

"Feathers and Flocks: Waterfowling in South Carolina" will explore the role of ducks and other waterfowl in the Lowcountry’s historic culture at a Charleston Museum exhibit that is part of the Southeastern Wildlife Exposition.

"This year we wanted something a little bit different. Guns will be a small part of it. We’re looking at waterfowling from a lot of different angles here," said Grahame Long, museum chief curator.

The exhibit from Feb. 15 to May 8 will draw from the museum’s vast collections as well as a few private ones. It is included in the price of museum admission, but not SEWE passes.

"These birds today still carry a certain mystique all their own, influencing artisans and artists alike with their serene demeanor and brilliant plumage," according to the museum. "Even hunting them has become somewhat of an art form. Handcrafted decoys and calls have themselves become prized possessions, as have the elegant shotguns used in conjunction with them."

Duck calls and decoys will be among the items on display.

"Those have become their own little segment of folk art," Long said of decoys. "Certainly at the auction block in some cases they can fetch incredibly high prices."

Tom Boozer of Meggett makes decoys that will be part of the museum exhibit. So will the tools he uses.

"A lot of people call them floating sculpture," he said. "Everything I do is made by hand so there will be some really neat tools."

Some of the tools are close to 200 years old, Boozer said.

The exhibit will include decoys in different stages of construction, he said.

"The heads are carved separate. Four or five heads, some bodies, and then show how the bodies are hollowed," Boozer said.

Boozer will loan his "hunting rig" of decoys to the museum, he said.

Blocks of wood from Congaree swamp white cedar that he cuts for decoys will be shown.

Boozer has made decoys for customers from as far away as England and Australia.

He talked about the history of decoys, which early on were solid. The hollow body decoy which showed up in Connecticut around 1840 offered the advantage of being light, which was important when carrying hundreds of them, he said.

A screw is used to attach the duck head to a hollow body decoy. Before, when decoys were solid, heads were attached to a spike which was not as secure, he said.

"The heads on the old birds kept coming off," he said. "This solved a number of problems for the duck hunters."

"It’s become a really fun thing to be a part of (SEWE). And we are certainly glad to be included," he said.

Boozer also will be demonstrating his craft at the Audubon Gallery.

The museum display will explore the history of waterfowl as food and the relationship between Lowcountry rice culture and duck hunting. Former rice fields offer fertile duck hunting and observation grounds, Long noted.

The museum's archaeology department and its excavations have shown that ducks, swans, pelicans and geese were diet staples for early European settlers.

"If it had feathers we ate it," Long said.

"Study skins" will be displayed. They are considered reference materials, he said.

"They are basically just fleshed out, stuffed with sawdust or something else, and just there as tools for identification," he said.

Numerous types of ducks and other local waterfowl are central to the Lowcountry’s natural landscape.

The wood duck is the most important species to South Carolina waterfowl enthusiasts, according to the state Department of Natural Resources website.

"These ducks frequent wooded streams and ponds and perch in trees. They fly through thick timber with speed and ease and often feed on acorns, berries, and grapes on the forest floor," the website said.

The DNR conducted an aerial survey of waterfowl in November from Murrells Inlet to the Georgia/South Carolina border.

The highest concentrations of dabbling ducks and other waterfowl were recorded in the Santee Delta and ACE Basin regions. Tundra swans were sighted at Bear Island Wildlife Management Area near Green Pond.

Managed tidal wetlands have been flooded and are currently holding the greatest concentrations of waterfowl and other observed waterbirds, including cormorants, egrets, herons and storks, the survey found.