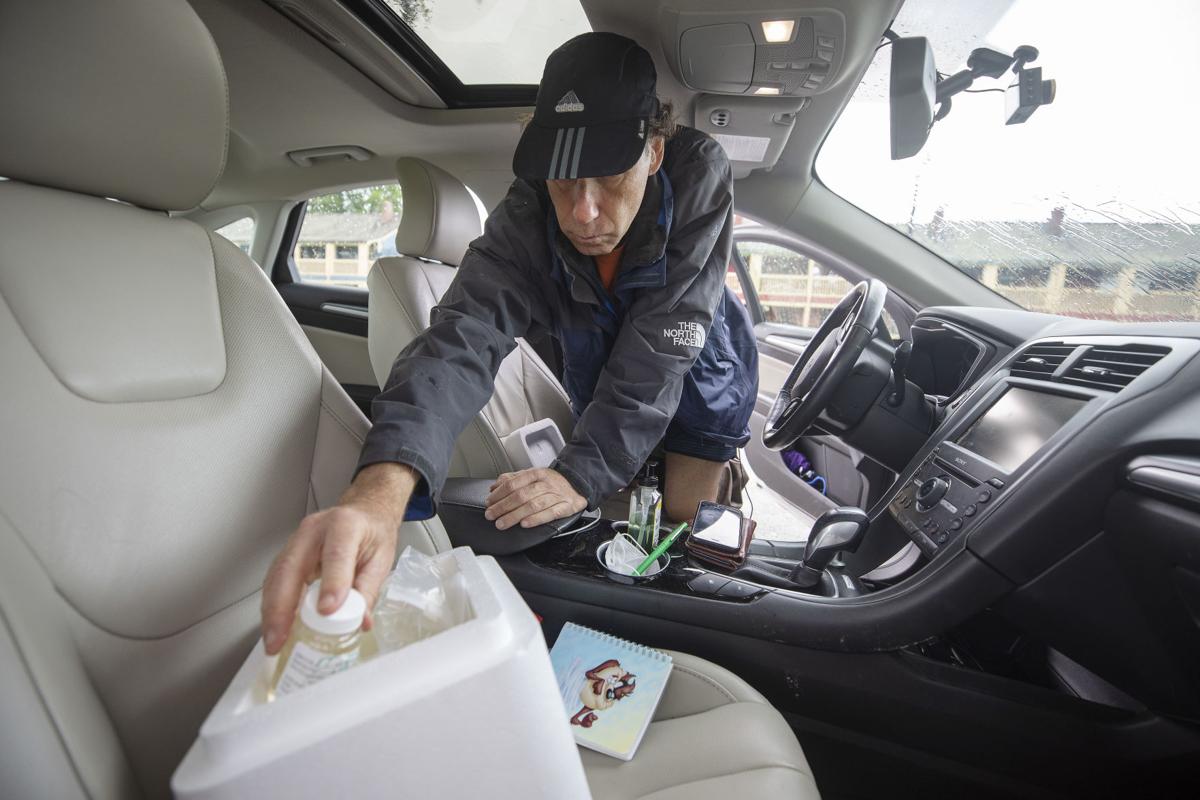 Tony Bartelme, projects reporter for The Post and Courier, stores a sample of flood water from the intersection of Line and Flood streets in downtown Charleston after a heavy rain on Wednesday, May 27, 2020. Lauren Petracca/Staff 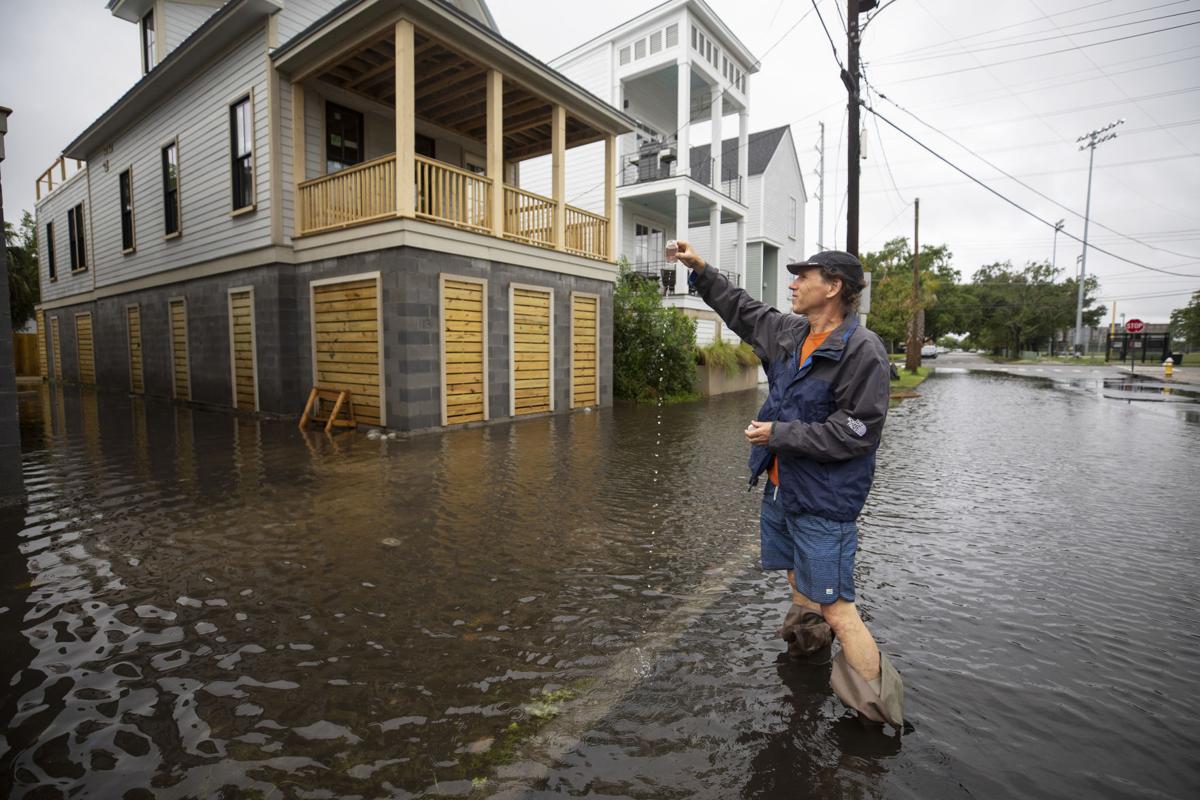 Tony Bartelme, projects reporter for The Post and Courier, collects a sample of flood water from Line Street in downtown Charleston after a heavy rain on Wednesday, May 27, 2020. Lauren Petracca/Staff

Tony Bartelme, projects reporter for The Post and Courier, stores a sample of flood water from the intersection of Line and Flood streets in downtown Charleston after a heavy rain on Wednesday, May 27, 2020. Lauren Petracca/Staff

A powerful rain bomb hit the Charleston area on Friday, filling streets, yards and parking lots with a murky soup that likely contains unsafe levels of bacteria and viruses.

The Post and Courier’s "Rising Waters" team deployed across the area to find out. We sampled locations and sent them to a lab here for analysis.

We'll report the results next week.

But past sampling offers us clues about Friday's floodwaters — and how the accelerating forces of climate change create hidden dangers, including ones that can make you sick.

The state Department of Health and Environmental Control measures bacteria levels in waterways by estimating the number of cell colonies in 100 milliliters of water, about half a cup.

They typically look for fecal coliform, E. coli and enterococcus.

When it comes to fecal coliform, the EPA recommends against swimming in water with counts above 200.

On saltwater beaches, they look for enterococcus and issue advisories when two consecutive samples hit 104 or more.

But DHEC doesn’t test the city’s floodwaters, even though people frequently wade through them. City officials also don’t sample the water.

In this vacuum, The Post and Courier did its own tests: a series of samples in late May that measured E. coli and tests in 2018 for fecal coliform.

The results were far from appetizing.

High levels of fecal coliform mean the water is contaminated by the feces of animals or humans. Scientists use a fecal coliform count as an "indicator," a signal that tells you other bad microbes could be mixed in. That could mean bugs like viruses and germs that cause dysentery, even typhoid fever and hepatitis.

What's in our floodwater

Scientists also measure E. coli, a specific type of fecal bacteria that can make us sick.

All of The Post and Courier's past fecal and E. coli samples had unsafe bacteria levels, many dozens of times above safe limits.

During a sampling round in 2018, reporters collected water in front of Sanders-Clyde Elementary, a school on Charleston's East Side that serves a high percentage of low-income families. Many children walk to school. The Post and Courier's sample? It contained 160,000 fecal coliform cell colonies. That's about 800 times what the EPA says is safe.

Another at Cooper and America streets, which also is on the East Side, had 92,000 — 460 times a safe level. Near an entrance to the Medical University of South Carolina in downtown Charleston, a sample hit 4,900. Near the Harris Teeter grocery store on East Bay Street, one was 54,000.

We found a similar pattern during a drenching storm in May. Testing this time for E. coli, reporters found levels at least seven times above safe limits at America and Harris streets on Charleston's East Side.

At the aptly named intersection of Line and Flood streets on Charleston's West Side, fetid floodwaters also had E. coli levels seven times above safe limits, as did another at nearby President and Nunan.

Vijay Vulava, a professor of environmental geochemistry at the College of Charleston, said floodwaters cause diseases ranging from cholera to dengue fever. He tells his students to stay out of the water if at all possible.

He noticed a recent photograph of a hospital worker in scrubs walking through the water in her bare feet.

"I hope her tetanus shots are current."

He saw another photo of two men floating in pool toys during the last flood.

"Any splashes would have led to direct ingestion of floodwater," he said, adding that there's also "the yuck factor."