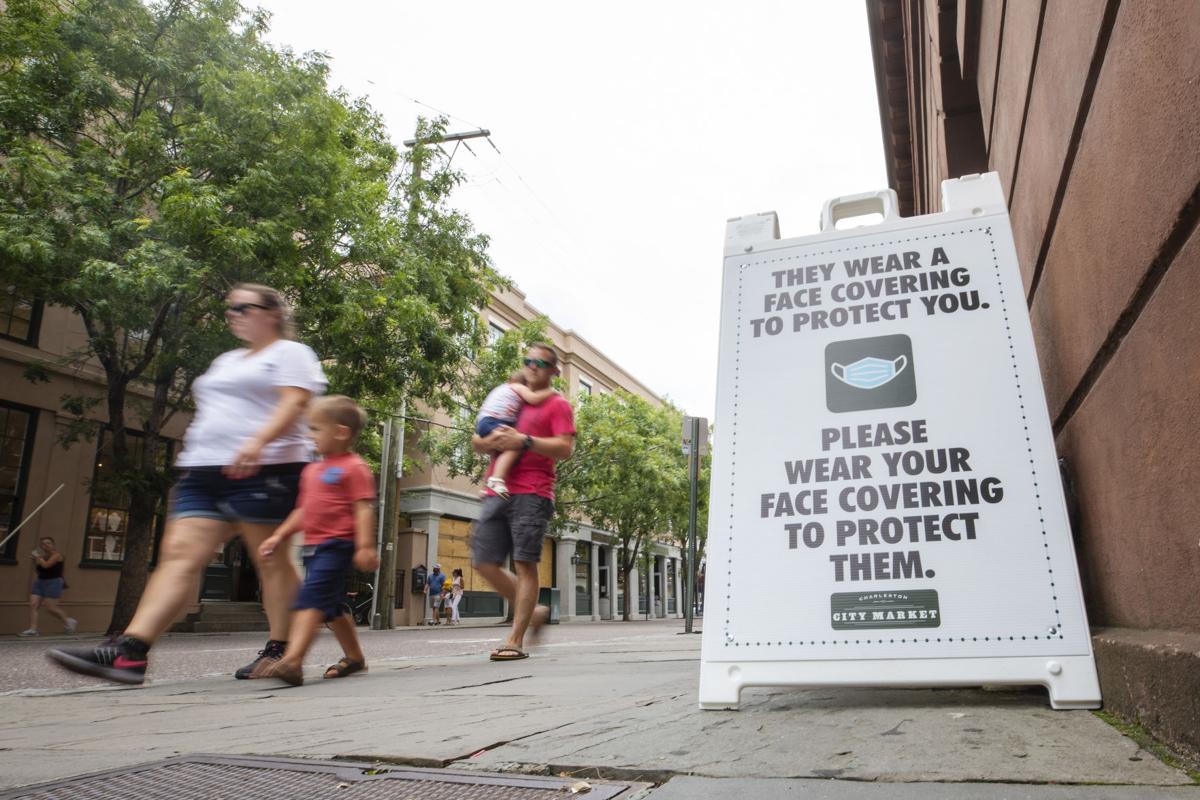 A sign at the City Market in Charleston reminds visitors to wear masks on Thursday, June 25, 2020. Lauren Petracca/Staff 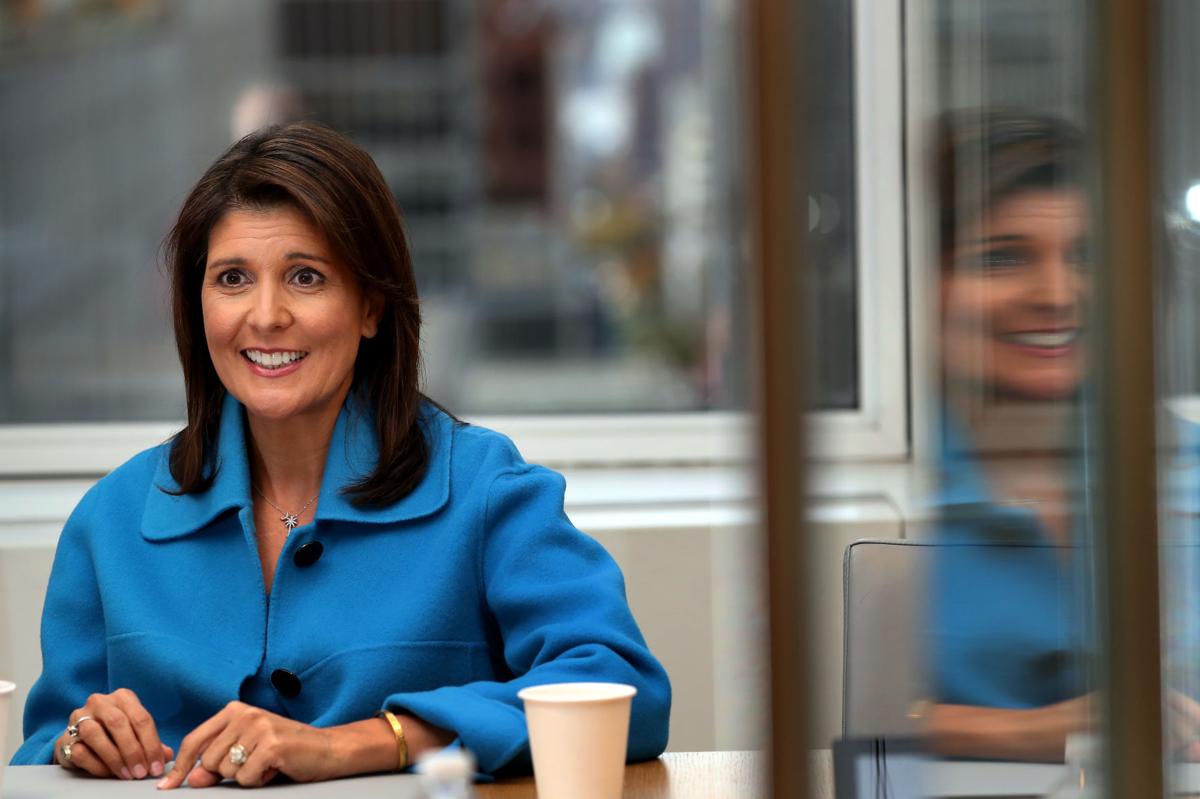 Despite the number of coronavirus cases in the state nearly tripling in the past month and South Carolina becoming a national hot spot, Gov. Henry McMaster insists he won't issue a masking order like more than 15 states.

During a news conference Friday, the governor said a statewide mandate would be "impossible," citing concerns about constitutionality (people could sue for government overreach) and enforcement (limited resources to write tickets with minimal fines, if any).

As he has said during the pandemic, McMaster stressed personal responsibility over government authority to control a virus that has infected more than 30,000 South Carolinians while killing close to 700.

"There is no power on Earth that can follow everyone in the state around to be sure they are following the rules," McMaster said. "That is up to the individual."

Later the former U.S. attorney and state attorney general told reporters, "There is no power that can make people do something if they don't want to do it or they don't believe they need to do it."

The governor's reluctance on a mask mandate mimics his questions about the constitutionality of infringing on personal freedoms by issuing a stay-at-home order. He finally enacted the order in early April after all the other states east of the Mississippi River had stay-at-home requirements.

South Carolina's case numbers fell and then plateaued before McMaster lifted the stay-at-home order after four weeks. Case numbers have risen sharply since the end of restrictions on dining, shopping and tourist attractions.

McMaster said state leaders have learned how South Carolinians can slow the virus — social distancing, washing hands, staying home if sick and wearing masks — so there is no need for restrictions that severely hurt the economy.

Rather than enact a mask rule he considers unenforceable, the governor said, "What government needs to do is tell people what they need to do."

Seth Stoughton, a former police officer who is a professor at the University of South Carolina law school, said more people tend to follow rules set by governments. So he expects more South Carolinians (and tourists) would wear masks if there was a statewide order — even one that is lightly enforced.

"We wouldn't hear an elected official come out against having a murder statute just because we couldn't get 100 percent enforcement," Stoughton said. "I'm not sure why this is any different."

Stoughton said rules requiring masks are a lot like laws against drunk driving.

"The statistics tell us that most (driving under the influence) incidents don't result in a crash, injury, or death. But DUI does make them more likely," he said. "We prohibit it because it endangers the public. The same thing is true of not wearing a mask. Many people probably won't infect anyone. But not wearing a mask makes it more likely."

So mask requirements are in the hands of local governments, which McMaster backed with a "good luck with that" endorsement.

"If a city wants to do something specifically tailored to them, they have the authority to do that. They must be careful to be legal and don’t go into an unconstitutional area," the governor said. "These mandates, are in the end, unenforceable."

At least six cities, including the state's two largest in Charleston and Columbia, have passed face-covering ordinances. All told, roughly 1 in 10 of South Carolinians are under a mask order with more expected in the coming weeks. Violators in most cities face $25 fines.

In what was perhaps her strongest message aimed at the governor during the nearly four month-long pandemic, state epidemiologist Dr. Linda Bell told reporters Wednesday that a statewide mandate was needed to slow the spike in COVID-19 cases.

Cities passing mask ordinances piecemeal "would not get to where we need to be quickly enough," she said. "It would be much more effective if there was something that we could do statewide as quickly as possible to get a much more widespread adoption of masks."

Two days later after more cases were announced than the entire first month of the outbreak, McMaster called a statewide mask mandate "impractical."

Haley takes a pass on talking about monuments

Last week, Nikki Haley retweeted a photo of her news conference five years ago calling for the removal of the Confederate flag from the S.C. Statehouse grounds after the Charleston church mass shooting.

The event is a milestone in her career as South Carolina governor that helped her win appointment as the U.S ambassador to the United Nations.

But Haley, a popular political social media communicator, has been silent on recent calls in South Carolina to remove statues and rename buildings tied to slavery and segregation — including those at her alma mater Clemson University.

Palmetto Politics asked Haley for her opinions on specific recent decisions, including the removal of the John C. Calhoun statue from Charleston's Marion Square, and requests, including Clemson's board seeking to strip Ben Tillman's name from the school's iconic campus building and petitions to remove Strom Thurmond's name from a University of South Carolina recreation center.

In a brief email response sent through her spokeswoman, Haley did not address any specific actions in South Carolina and instead turned attention back to the Emanuel AME Church shooting that has become a significant part of her political narrative as pundits consider her a 2024 presidential frontrunner.

"The Mother Emanuel murders do still weigh heavily on me. I think of them often," she said in a statement. "In light of current events, I'm reminded of the lawful and respectful manner in which our state came together on the decision to remove the Confederate flag from the Statehouse grounds.

"That's the right way to approach these issues. Violence and mob rule will never unite people. It will only divide."

Her comments came after a social media break during the first two weeks in June, a rarity for a public figure who has built a strong online following.

"I highly recommend it to anyone who thinks our discourse has gotten too toxic," she said about why she took a social media sabbatical.