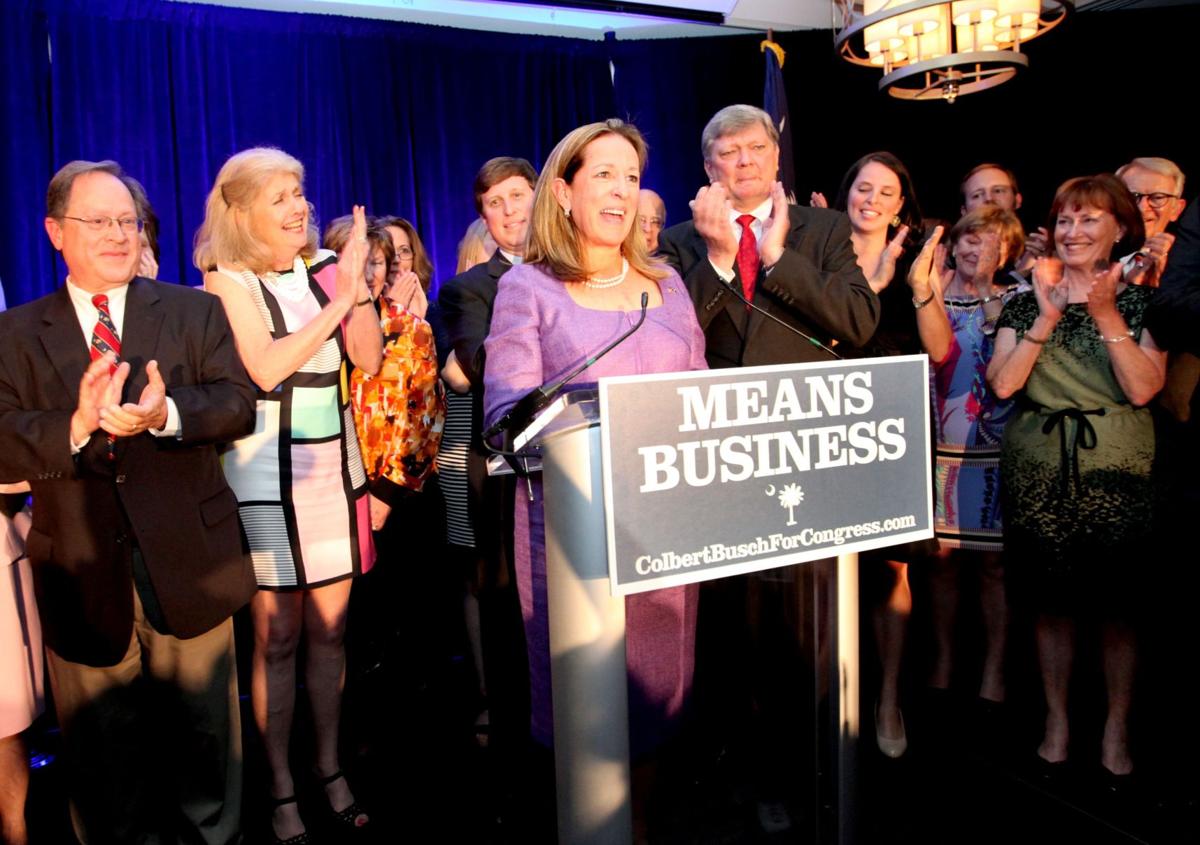 Elizabeth Colbert Busch addresses supporters after losing to Mark Sanford in the 1st Congressional District elections Tuesday, May 7, 2013. Though Colbert-Busch has not run for office since that 2013 special election, her campaign account still has more than $200,000 in it. (File/Staff) 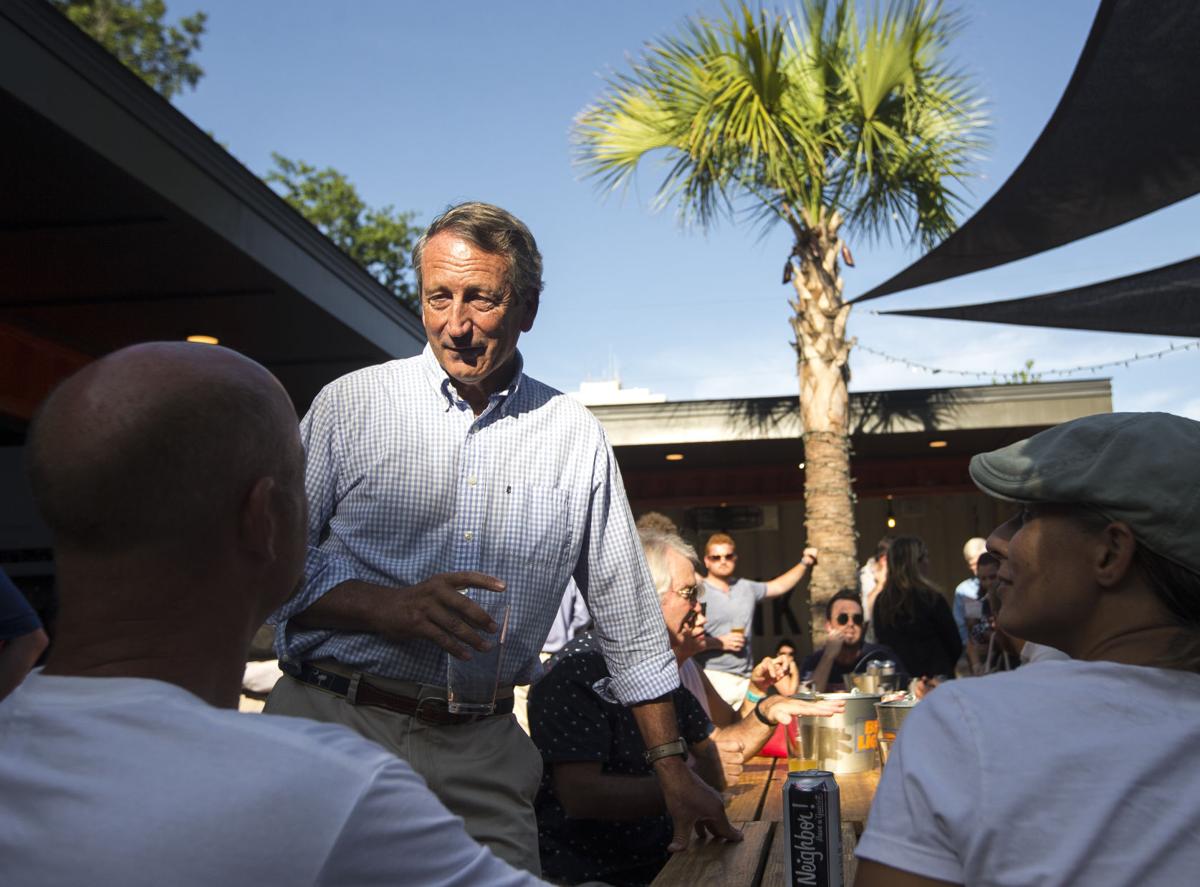 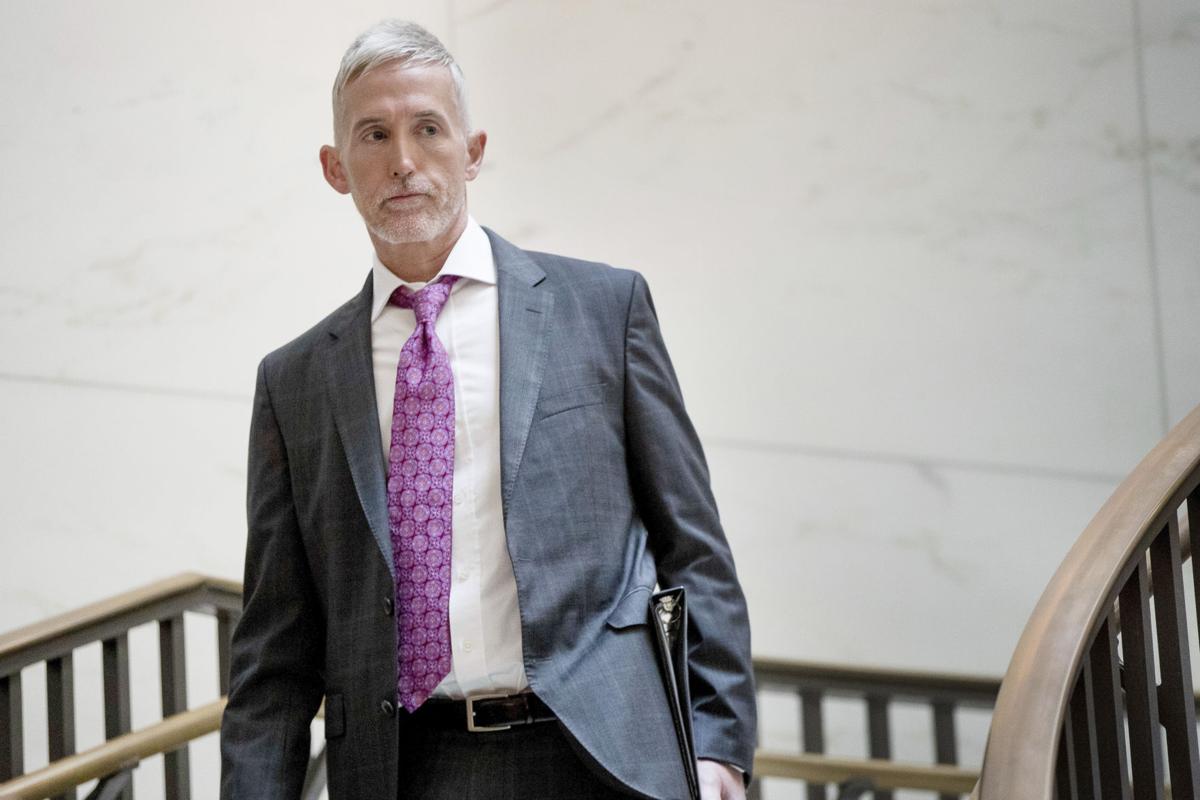 The Federal Election Commission wanted to know exactly what Elizabeth Colbert-Busch was still doing with the more than $200,000 in her 2013 congressional campaign account.

The $206,353.31, to be exact, is what remains six years after Stephen Colbert's sister tried and failed to unseat Mark Sanford in a high-profile special election.

Since that contest, Colbert-Busch has all but disappeared from the public eye, but the campaign money in the "Elizabeth Colbert-Busch for Congress" account lives on in a political afterlife — an example of how loosely regulated federal campaign dollars are.

Funds that contributors gave to support her campaign are now used like a political piggy bank that the Colbert-Busch campaign can spend as it sees fit.

To date, the committee has contributed some $3,000 to U.S. Rep. Joe Cunningham, D-Charleston. It gave $2,000 to Democratic 2018 gubernatorial candidate James Smith when he unsuccessfully challenged Republican Henry McMaster.

Hillary Clinton's 2016 presidential bid also accepted contributions from the Colbert-Busch campaign coffer, which doled out a combined $4,000 to two committees that tried and failed to get Clinton in the White House.

Nonprofits benefited, too. The Charleston Chamber Foundation received a $7,000 donation from the campaign in May 2017.

And it's all entirely legal.

Under federal law, a candidate's political committee can remain open long after an election ends. There is no rule stating when the accounts must close.

Those unspent campaign dollars can be used to wind down a campaign by paying off campaign debts, staff and others. The money can also be put toward new uses.

It can be converted into a political action committee, remain an active campaign, or shut down for good.

The old campaign funds may also be donated to tax-exempt organizations, such as a nonprofit or a church, or given as contributions to other candidates and political parties.

Federal reports show former South Carolina congressman Henry Brown, a Republican who represented the coastal 1st Congressional District from 2000 to 2010, gave Berkeley County's Cordesville Baptist Church $45,477 on June 26 of this year. Since leaving office, he has donated $106,307.59 to the church.

Campaign committees can accrue interest and may even invest dollars in the stock market, but it must all be disclosed on federal election reports. In theory, these accounts can also give contributions back to donors, but that presents its own unique challenge: determining who gets their money back and who doesn't.

There is one rule above all others: Candidates may not use campaign funds for their personal use.

"There's very little burden of proof," Quinn said. "You could very easily say, I need this car to drive around my district if I'm thinking about running for office, or I need this membership to a country club to meet donors and backers."

Zeroing in on 'zombie campaigns'

The sizable cash-on-hand reported by the "Colbert-Busch for Congress" is what caught the attention of the FEC this summer.

As part of a new crackdown, the federal agency issued 50 letters in the first week of June to what it calls "dormant campaign committees."

In those letters, Hilland said treasurers from 32 of the 50 campaigns were asked to give details about the cash-on-hand balance and explain what steps, if any, were being taken to wind down the campaign.

Brown's congressional campaign committee was one of them. "Elizabeth Colbert-Busch for Congress" was another.

Colbert-Busch would not elaborate on her future plans for her old campaign funds. When asked, she pointed to the response her treasurer sent to the FEC.

"The funds are being retained in the Committee's accounts at the present time to be available should the candidate decide to run for federal or other political office in the future," her treasurer, who is also her husband, wrote on July 1.

Asked if this means a campaign is in her future, Colbert-Busch refused to say. "That's that," she said after being read the sentence from the letter.

The remaining 18 campaigns that received letters from the FEC were asked to address both their cash-on-hand balance and specific eyebrow-raising spending activity.

The committee for former U.S. Rep. Robin Tallon, D-Florence, was asked why that committee paid for postage and legal services in July 2018.

The renewed focus on these campaign coffers came after the agency pledged in 2018 to take a harder look at spending by these so-called "zombie campaigns."

In extreme examples, committees have spent money after a candidate died.  A former campaign consultant of Democratic U.S. Rep. Mark Takai of Hawaii reportedly paid himself thousands of dollars on consulting after the congressman died in 2016.

The Campaign Legal Center, a nonprofit campaign watchdog group in Washington, filed a complaint in 2018, alleging the consultant "illegally converted the late Congressman's leftover campaign funds to personal use."

The matter has not yet been resolved. But there's nothing that would stop a former candidate from using old campaign dollars to run for another federal office.

Right now, the Charleston Republican is grappling with whether he will mount his own presidential bid against Donald Trump to force a debate about the national debt and government spending.

As he weighs that decision, he will consider whether to use any of the $1.35 million in his "Sanford for Congress" account.

In an interview with The Post and Courier, Sanford said if he did run for president, those dollars would be a "basket of funds that could support an effort." Sanford also said he would have no personal qualms about spending them.

"When I was raising these funds, it was on the issue of addressing the debt, deficit and government spending," Sanford said. "To me, it's consistent with the message I'm trying to push now and is, therefore, leverageable toward the same objective."

Funneling federal campaign dollars from one race to another is common. When Lindsey Graham ran for U.S. Senate in 2003, he converted funds from his previous congressional races into dollars for his Senate bid.

Presidential candidates have done it, too.

That means the seven U.S. senators who are also running as Democratic presidential candidates could theoretically use their presidential campaign coffers to support future bids after the 2020 cycle ends.

For the past six years, FEC reports show former U.S. Rep. Trey Gowdy's campaign committee has been paying about $54 a month for a storage unit in Spartanburg.

"At some point when I'm in Spartanburg more, I'll clean that out and set them on fire," Gowdy said of the 4-by-8 campaign signs and other materials inside the storage unit.

Like the campaign signs, he hopes the rest of his campaign committee's $928,257 will soon be gone. Gowdy told the newspaper he already has determined how to spend it.

Gowdy said he plans to use the money to start an Upstate nonprofit to address criminal justice issues. As a former federal prosecutor, Gowdy said he'd like the effort to focus on reentry programs and help those who have served their time in prison get the skills they need to get and keep a job.

He also has set a personal deadline. He would like to have the nonprofit formed by the start of 2020.

"It's a question of settling on the right use of it and making absolutely sure you're not going to run again," Gowdy said. "Those were not difficult questions for me."

"I'm done with politics so there’s no need to hold onto it," he added. "There is no job you could dangle in front of me that I would go back and run for office."

Tallon, who has not run for Congress since 1992, has more than $1 million in his "Tallon for Congress" campaign account. His attorney Karl Bowers insists that a political run still could happen.

"Mr. Tallon is actively contemplating a return to public office in some capacity, and he is routinely encouraged by friends and former constituents to file for office. At this time he has not decided to do so, but he may very well elect to run for office in the near future," Bowers told the FEC.

For the first time in its history, the FEC plans to keep a watchful eye on these old accounts as part of its regular review of campaign finance disclosure reports.

In the meantime, the congressional committee for Colbert-Busch may keep writing checks to Democratic candidates.

Brown's outfit may continue donating to churches. Tallon's congressional coffer may sink his campaign funds into the Pee Dee Land Trust, and Gowdy may start a nonprofit.

And Sanford can use his old campaign money if he decides to run for a president.