Tens of thousands flooded downtown Columbia on Jan. 17, 2000, for what became the annual "King Day at the Dome." File/Matthew Fortner/Staff 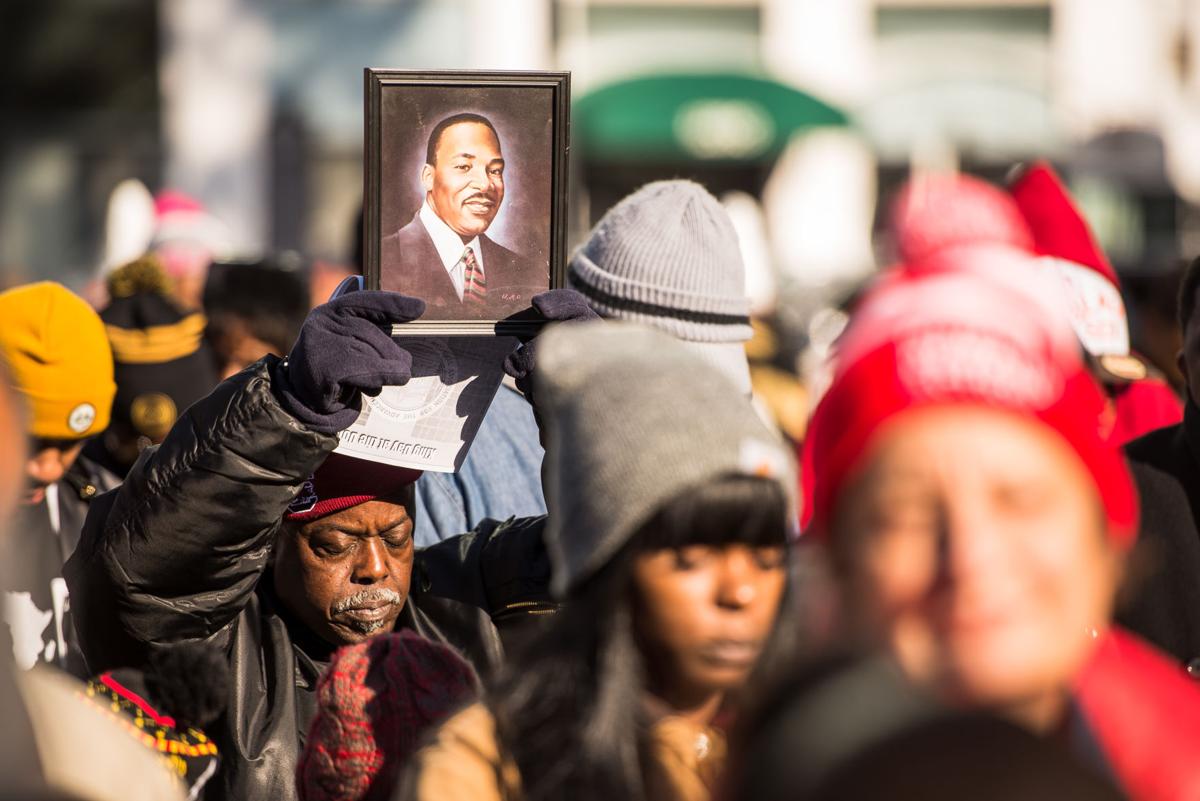 Columbia's "King Day at the Dome" is considered an important event for Democratic presidential hopefuls. File/John A. Carlos II / Special to The Post and Courier 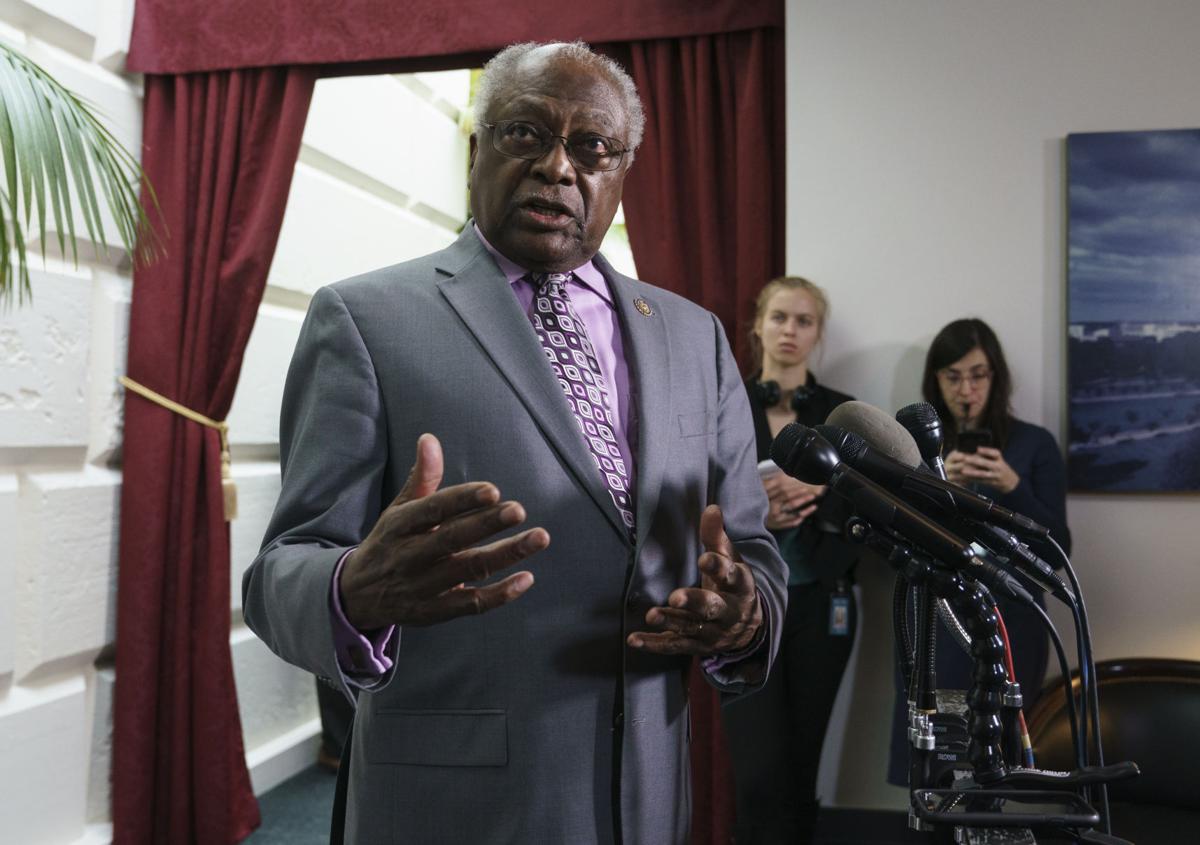 House Majority Whip Jim Clyburn, D-S.C., says a fateful meeting with Dr. Martin Luther King Jr. when he was a junior in college changed his life, and set him on a path in politics. File/Carolyn Kaster/AP 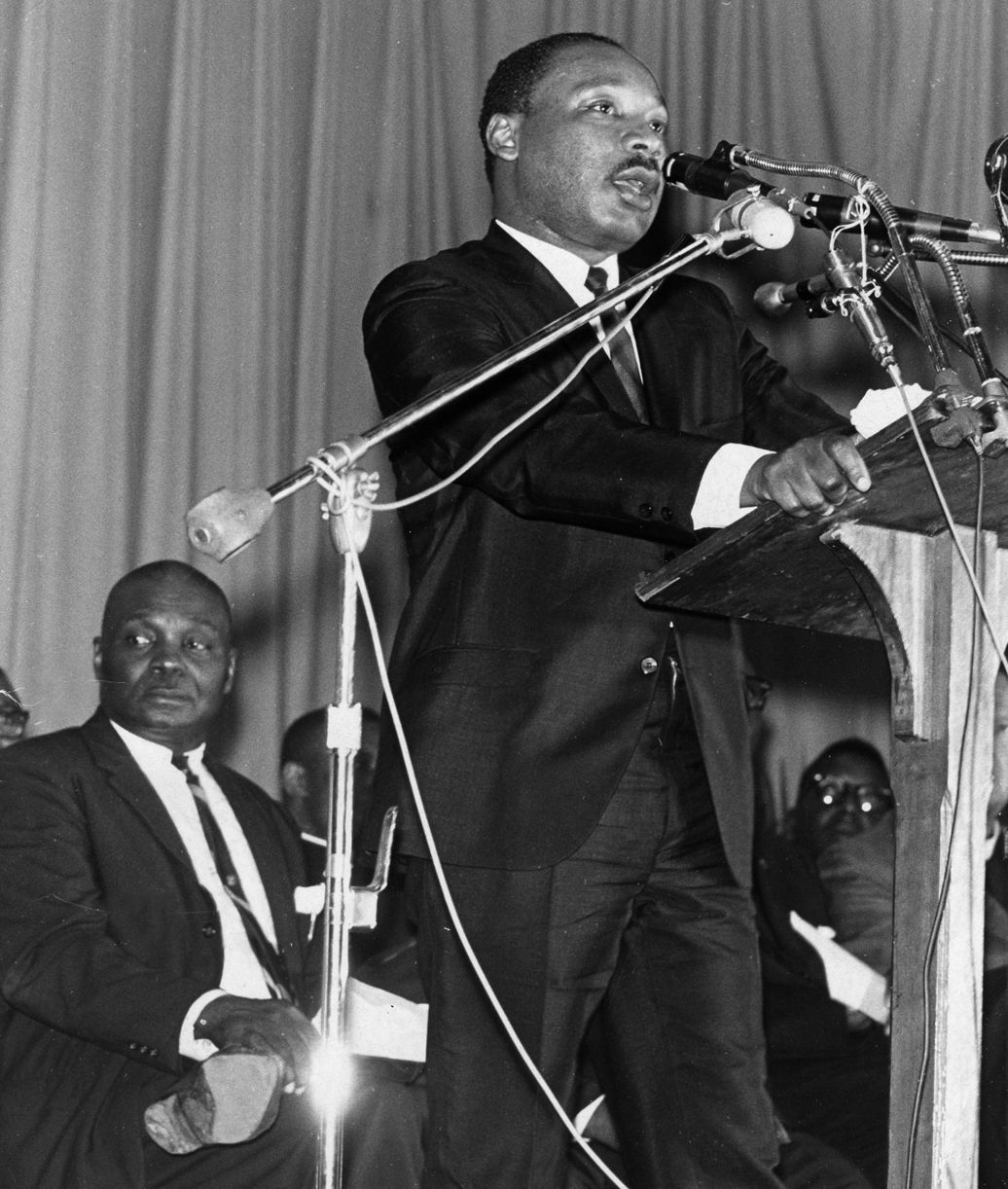 South Carolina's Jim Clyburn spent most of the day with Dr. Martin Luther King on July 30, 1967. King spoke in Charleston that day at County Hall. Seated at left is Esau Jenkins. File 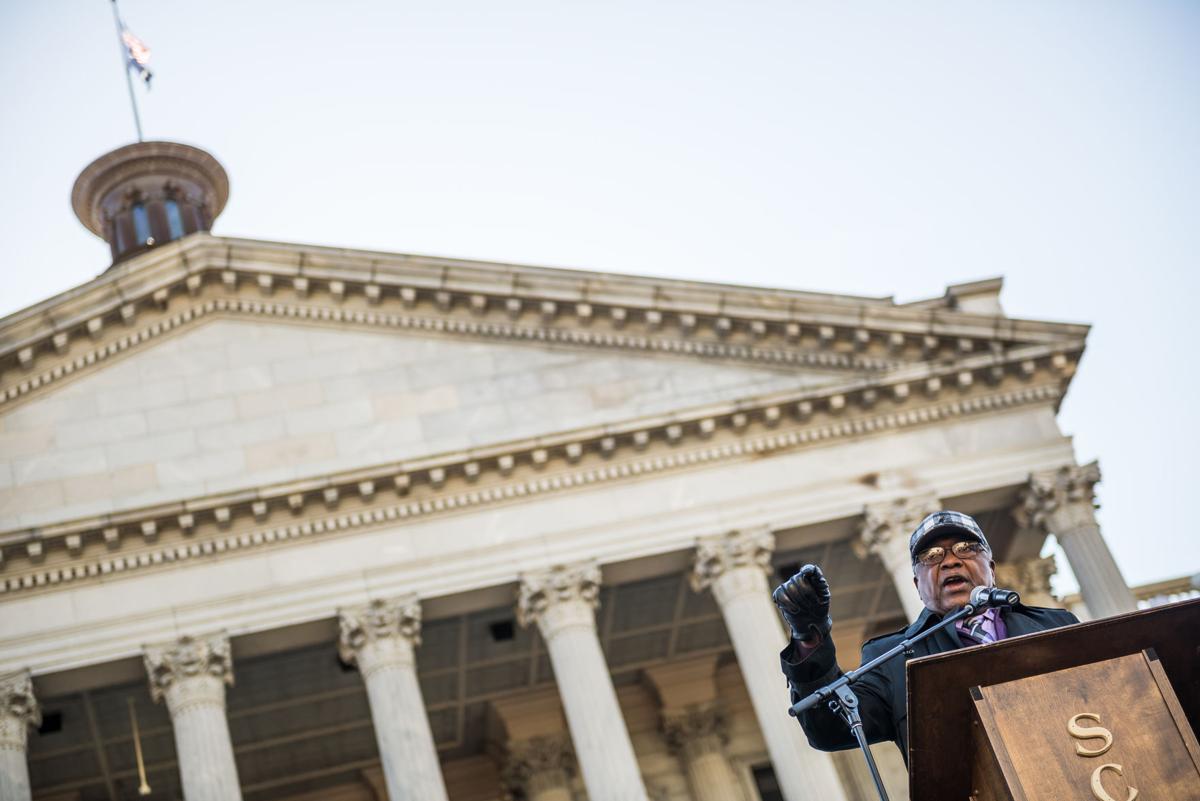 The year was 1960, and Clyburn was a 20-year-old student studying history at South Carolina State University, the historically black college in Orangeburg.

The future congressman had already been arrested once for leading sit-in demonstrations as part of a larger effort to desegregate lunch counters in the South.

But in October 1960, Clyburn had a path-altering, late-night meeting with King. Sixty years later, Clyburn credits their sit-down with shaping his decision to enter politics.

"I was not sure what kind of a track I was on. We were organizing sit-ins and doing other things, but I don't think I internalized much of what we were doing until that meeting," said Clyburn, who likened the experience to the biblical story of Paul becoming a follower of Christ.

In South Carolina, a state where the majority of Democratic presidential primary voters are black, the King holiday isn't solely about celebrating a man synonymous with the civil rights movement. It's about continuing King's fight, and honoring the state's own unique legacy of black activism.

But Clyburn questions whether the day has been fully realized in the state.

"That's what it ought to be, but I'm not too sure that we are there yet," he said.

In 1983, President Ronald Reagan signed the national holiday into law after lawmakers had tried and failed for decades. But South Carolina was a holdout.

The day wouldn't be recognized as a state holiday here until 2000, making it the last state in the country to honor the slain civil rights leader.

It also came with a compromise that not everyone in the Statehouse wanted: Along with making Martin Luther King Day a state holiday, the legislation made Confederate Memorial Day a holiday, as well.

At the time of the bill's signing, then-Gov. Jim Hodges said he would have preferred to only honor King, but said it was better to create both holidays than to not adopt King Day at all.

"If I had not signed this bill, it might have been five or 10 years before we had a King holiday, and that's simply not acceptable to me," Hodges said at the time.

Looming over the fight for the holiday was yet another major battle: Bringing down the Confederate battle flag that flew in front of the Statehouse.

Columbia's "King Day at the Dome" began as a protest calling for the flag's removal in 2000. The flag is now gone from the Statehouse grounds, but the event hosted by the South Carolina State Conference of the NAACP remains.

Now in its 20th year, the gathering of thousands is seen as a must-attend event for Democratic presidential hopefuls.

A presidential tie, and test

S.C. Democratic Party Chairman Trav Robertson said the choice to attend should be a no-brainer for all candidates, given that 55-60 percent of the state's Democratic presidential primary voters are black.

"Our population is so much more diverse than the populations in Iowa and New Hampshire. At the end of the day, if you can't create a message that resonates in communities of color, then you are not going to have the momentum," he said.

"And if presidential candidates don't believe there is a significance of this day in South Carolina, then they aren’t going to be very successful in their attempt here."

How Critical is SC’s MLK Day for 2020 Presidential Hopefuls?

So far, only Democratic presidential candidates have spoken at the event in its 20 years.

S.C. Republican Party Chairman Drew McKissick acknowledged the lacking GOP presence the event, and said it's because Republicans are more apt to focus on policy, such as Opportunity Zones and criminal justice reform, than attend an event.

"I think it's been more dominated by liberal politicians who have worked to politicize it more to their advantage," McKissick told The Post and Courier, later noting there are events hosted by GOP groups with black voters in mind, including the Charleston County Republican Party's annual Black History Month event.

"But when it comes to policy and having an impact, we would rather show it," he said.

Clyburn, whose own "World Famous Fish Fry" has become a Democratic political institution, said King Day at the Dome will only grow in presidential influence.

Last year, both Sanders and New Jersey Sen. Cory Booker participated in the event before either of them had formally announced their presidential bids.

Though Clyburn plans to attend, he said the holiday is a weekend of reflection for him. Each year, he reads King's "Letter from a Birmingham City Jail."

And each year, he reflects on King's last visit to Charleston.

In the morning, they had breakfast with Charleston civil rights leader Septima Clark. In the afternoon Clyburn had a seat onstage behind King when King said he was tired of hearing about "the first" African American barrier-breakers.

"I want some seconds and thirds," King said.

When a TV light fell, Clyburn and others jumped. The moment was captured on film, and a picture of that moment hangs just over Clyburn's right shoulder when he sits behind the desk of his Washington office.

"King never took his eyes off the audience, and never missed a cadence in his speech. We were all reacting to what we thought was a gunshot. That's when I knew King had come to grips with what would be his fate," Clyburn said.

King was gunned down nine months later at the Lorraine Motel in Memphis, Tennessee.

Former Vice President Mike Pence will meet with North Charleston Police Chief Reggie Burgess when he travels to South Carolina early next week, where he will participate in a law enforcement roundtable in a city that was once at the center of a national reckoning over police violence against African Americans. Read moreFormer VP Mike Pence returns to SC with stops in North Charleston, Myrtle Beach