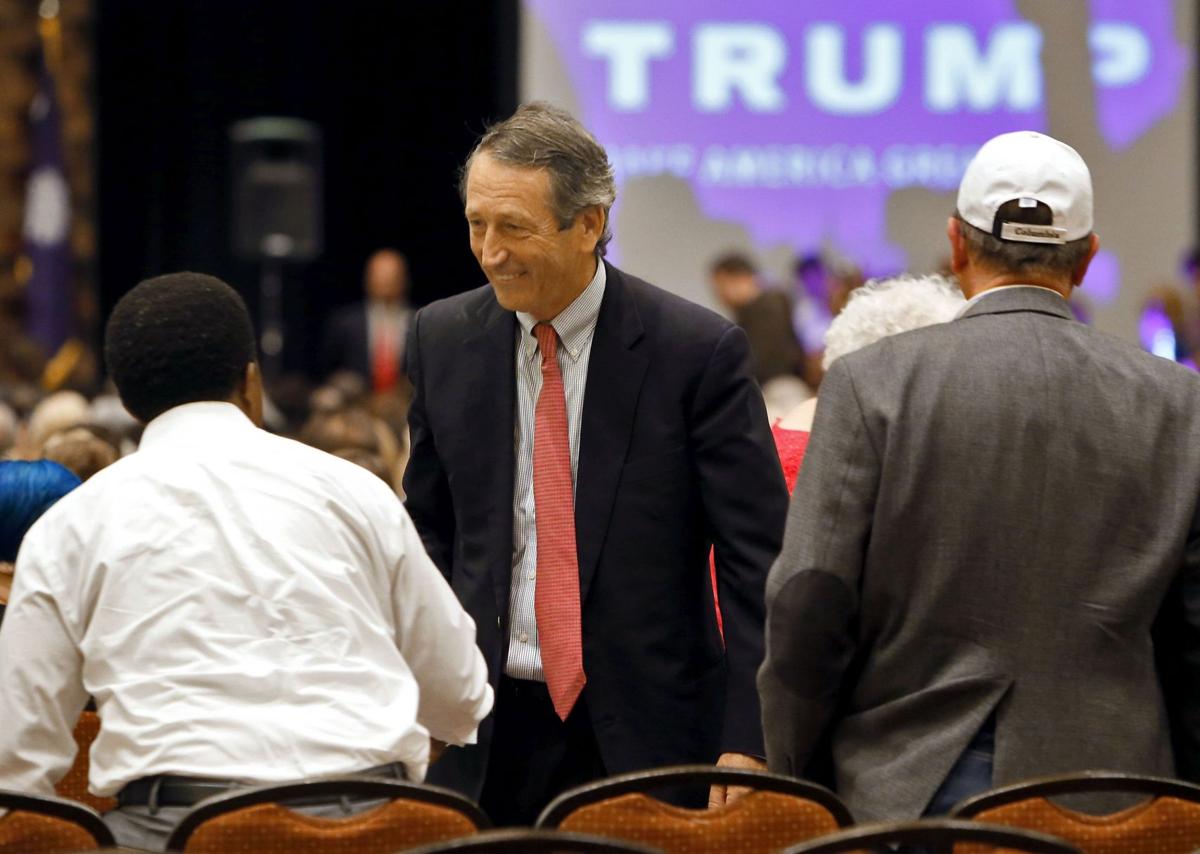 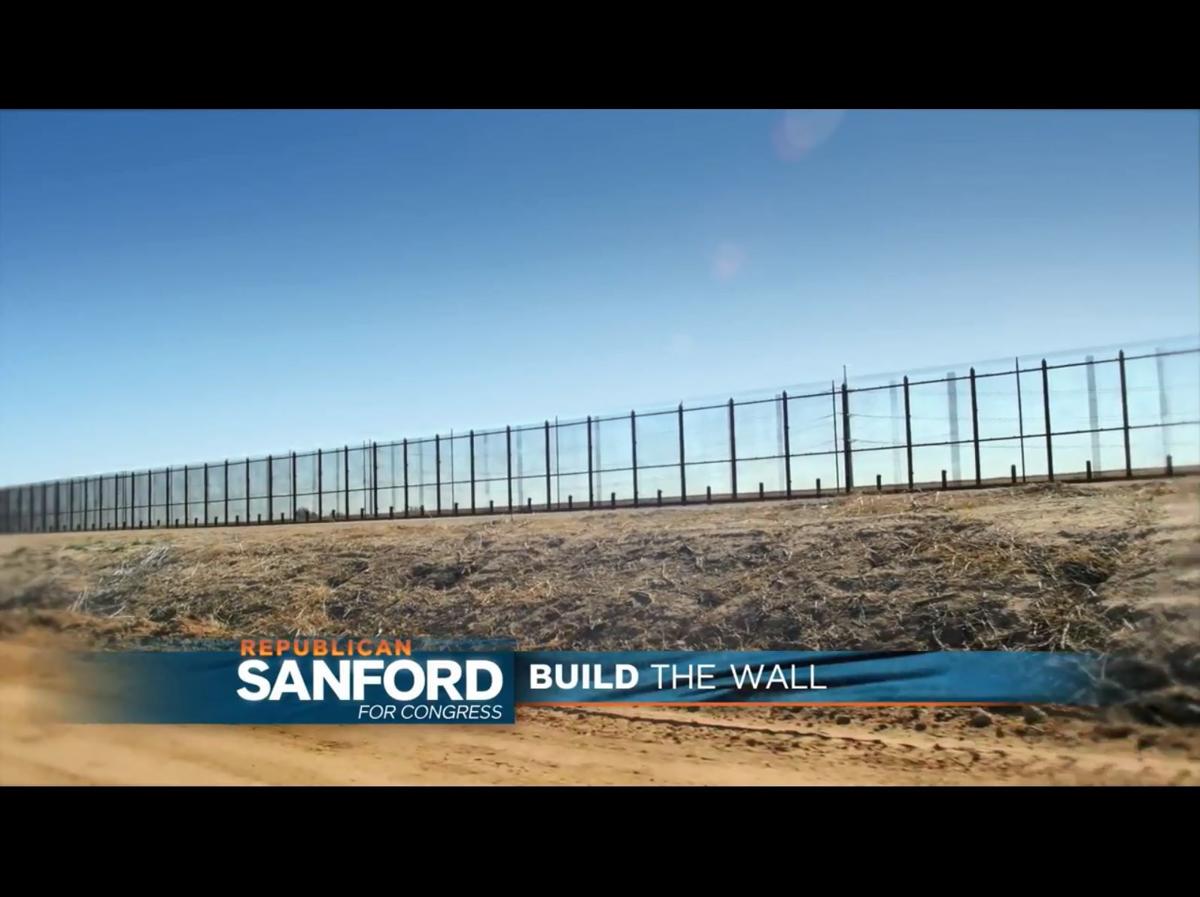 This screenshot shows a clip from U.S. Rep. Mark Sanford's first campaign ad of the 2018 season, in which he touts his support of building the U.S.-Mexico border wall.

This screenshot shows a clip from U.S. Rep. Mark Sanford's first campaign ad of the 2018 season, in which he touts his support of building the U.S.-Mexico border wall.

A campaign promise that was a ubiquitous refrain during Donald Trump's presidential run is popping up in one of the most unexpected places: South Carolina congressman Mark Sanford's re-election bid.

Better known as a critic of government spending, Sanford is currently portraying himself as an advocate of Trump's biggest hot-button issue: building a border wall.

Two 30-second TV ads airing in the Lowcountry both promote the congressman's pro-wall stance: one delivered by an announcer and one by Sanford himself.

"I believe a secure border is a key to national security," Sanford says into the camera. "That's why I've joined with the president and others in efforts to build a wall."

Sanford's support for a wall is not new. But what's more telling is his alignment with Trump on an issue that plays well with the president's base.

It also comes at a time when Sanford must face his reputation for feuding with Trump on a variety of other issues, as well as his main rival in the June 12 GOP primary, state Rep. Katie Arrington, who has wrapped herself in the pro-Trump banner.

"That Arrington gal must be scaring him," said Neal Thigpen, a retired Francis Marion University political scientist and seasoned tracker of Republican races.

Sanford said the decision to include the border wall chatter is a reflection of his record on increasing border security and nothing more. He points to Facebook posts dating to 2013 in which he argued immigration reform should not happen until America's borders are secured.

"This is an idea that I held long before Trump became president and elevated the issue," Sanford told The Post and Courier.

"It's an issue I was talking about before he was the nominee and even entered the presidential race," he said. "I do not consider it a nod (to Trump), but frankly if there's any nod it's to the people of the district who have long said it was important to them."

But the fact Sanford is airing anything at all this far ahead of the June 12 vote shows both his re-election concerns and the unpredictability of campaigning in the age of Trump.

"The old theory for incumbents was that you could coast: You had the name recognition, the financial base, the historical relationships," said Jeri Cabot, College of Charleston dean of Students, whose expertise includes South Carolina politics and the media. "But that has changed," she added. "Incumbents still get re-elected at a higher rate, but a race could go off the rails very quickly."

Arrington has repeatedly slammed Sanford for not fully backing Trump. Last week, she took that message to the airwaves with a 30-second attack ad that used Sanford's own critical words about the president against him. She has reiterated on the campaign trail she is a Republican who stands with Trump. Her mailers proclaim that a vote for her is a vote to support Trump's agenda, including construction of the wall.

Costs to build a border wall range from $12 billion, which Trump claimed on the campaign trail, to as high as $70 billion, as Senate Democrats claimed in a committee report.

Arrington's campaign said she envisions the border wall being "American-made and Mexican-paid."

She suggests two different funding options for others to foot the bill: One where visitors coming to the U.S. would cover the cost, and another where immigrants going through he legal process would pay.

"Mark Sanford can't have it both ways," Arrington said of Sanford's latest messaging. "Mark has spent the past two years attacking President Trump but now that he's facing a tough election, he's changing his tune. That's typical for a career politician."

Sanford has no specific plan to finance the wall but supports two separate Republican ideas floated by U.S. Rep. Mike Rogers, R-Ala., and U.S. Sen. Ted Cruz, R-Texas. Rogers' bill would impose a 2 percent fee on wire transfers to Mexico, the Caribbean, and most of Latin and South America to fund construction. The Cruz proposal would, among other things, make Mexican drug lord Joaquín "El Chapo" Guzmán pay for the wall.

Sanford said the project will likely be funded with federal dollars, and he would support the effort if it turns out to be the only option.

In contrast to Trump, Sanford has never suggested Mexico pay for the wall.

On his share of other issues, though, Sanford has gone toe-to-toe with the president.

Sanford was one of two Republicans to sign a letter that urged Trump to release his tax returns. Sanford has also publicly criticized the president for his stances on opening Atlantic waters to coastal drilling, tariffs and even more pointedly, the president's often caustic behavior toward foes.

But any time Sanford is questioned about his dust-ups with the administration, he doubles down on his commitment to both the people who elected him and his core philosophies.

"My belief and statement in regard to the wall goes back well before this campaign to, in fact, the race of 2013 or even my own time as governor," he said.

Under Sanford's tenure as the state's chief executive from 2003-11, South Carolina became the fifth state in the nation to pass broad illegal immigration reform. It was touted as being one of the toughest in the country at the time.

Thigpen said this primary season puts Sanford in unfamiliar territory at a time when other incumbent Republicans are trying to out-Trump one another to hold onto their seats. Democrats, meanwhile, keep claiming the 2018 midterms will usher in a "blue wave" where Republican-held seats will flip to their side.

Sanford, Thigpen said, is boxed in on all sides.

"He's got Arrington in the primary coming from Trump's side. And then in the general, he's got a Democratic opponent who, if he gets through the primary, has been saying Sanford has been too supportive of Trump," Thigpen said.

But Sanford isn't like most other politicians, Thigpen noted: Sanford has never lost a race.

"He's a survivor," Thigpen said. "But this shows a little sign that there's something out there happening."