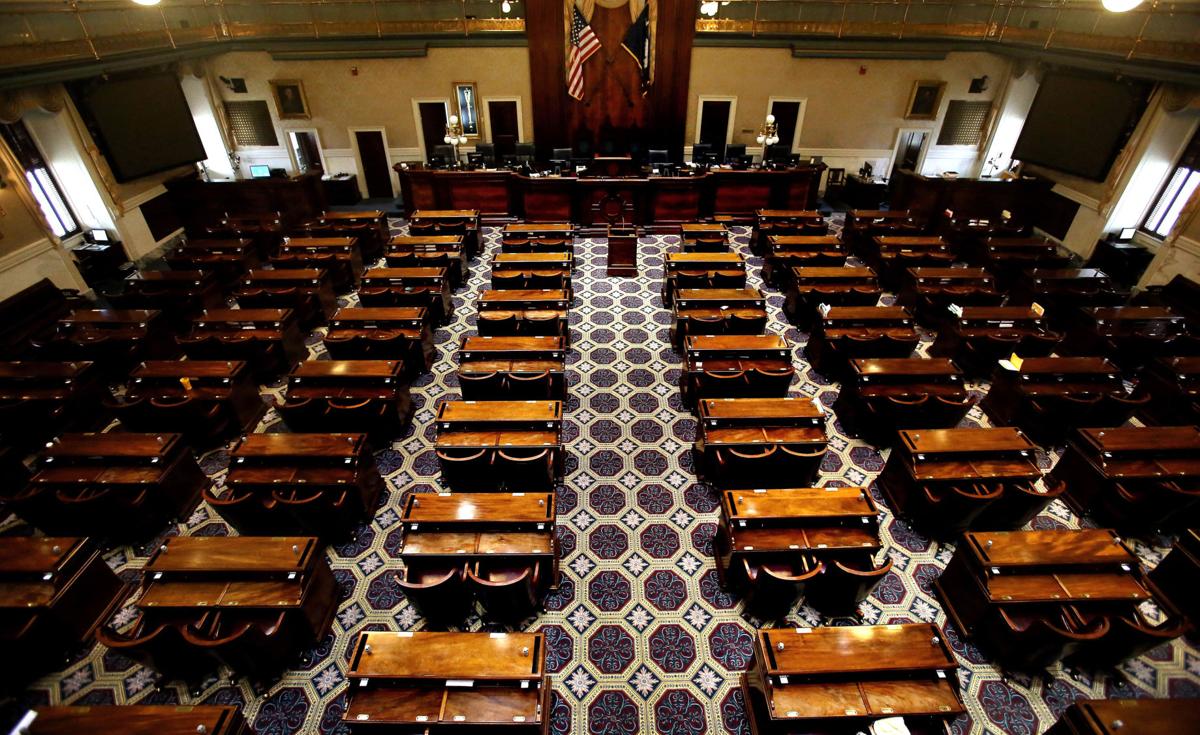 The S.C. House of Representatives sits empty after a legislative session in Columbia, S.C. Thirteen incumbent senators and 25 incumbent House members drew primary challengers. Additionally, three senators and and 10 House members decided not to seek reelection, and all but one of those open seats feature contested primaries. File/Grace Beahm/Staff 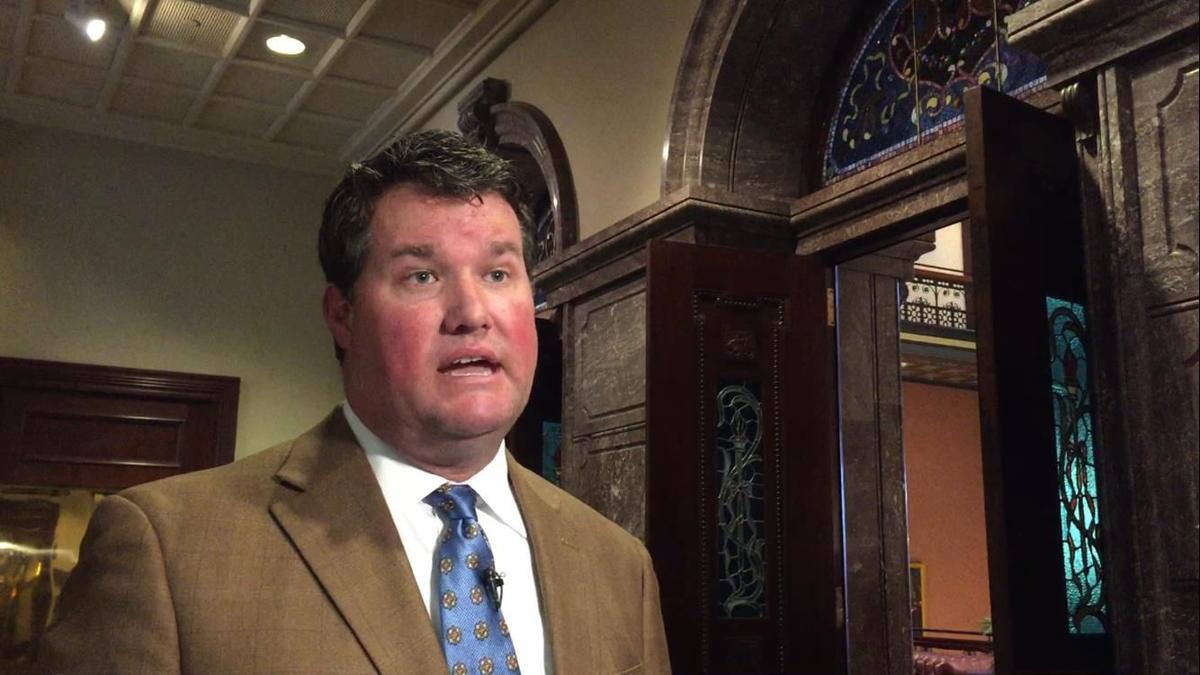 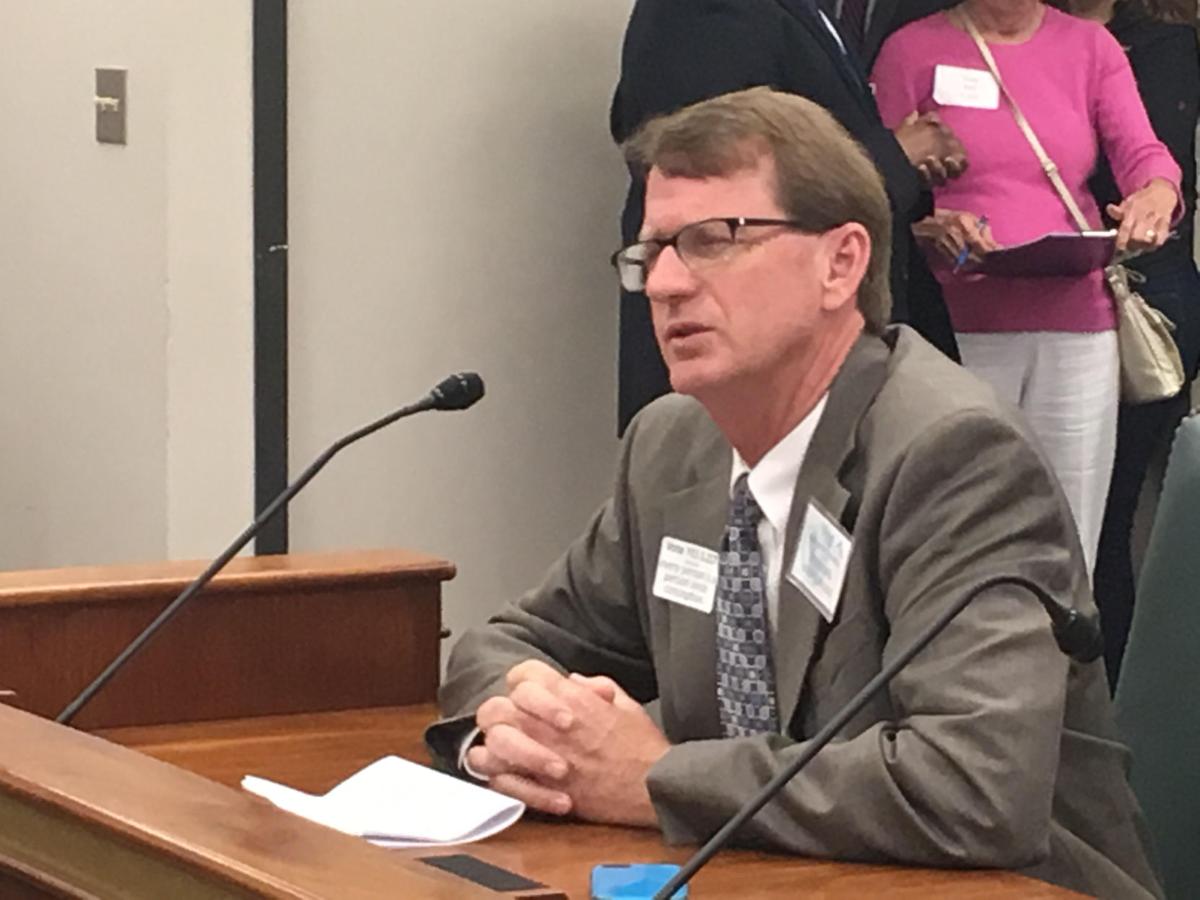 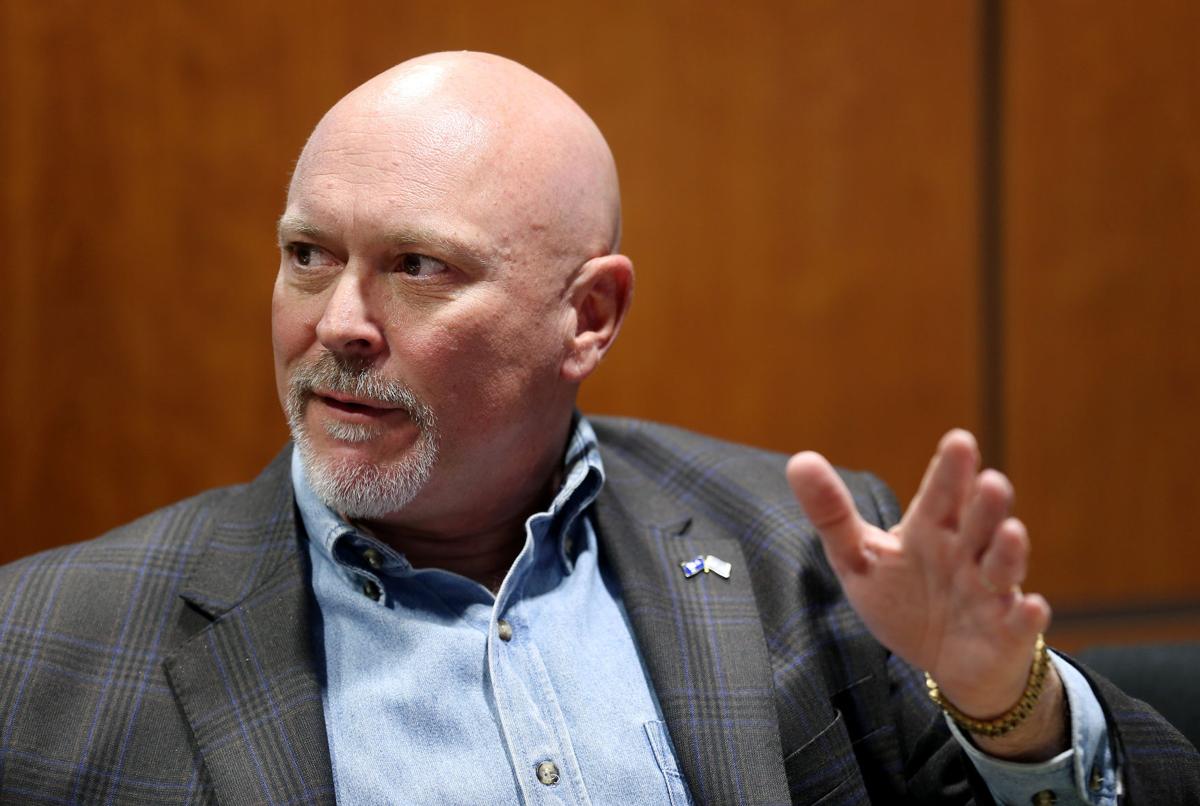 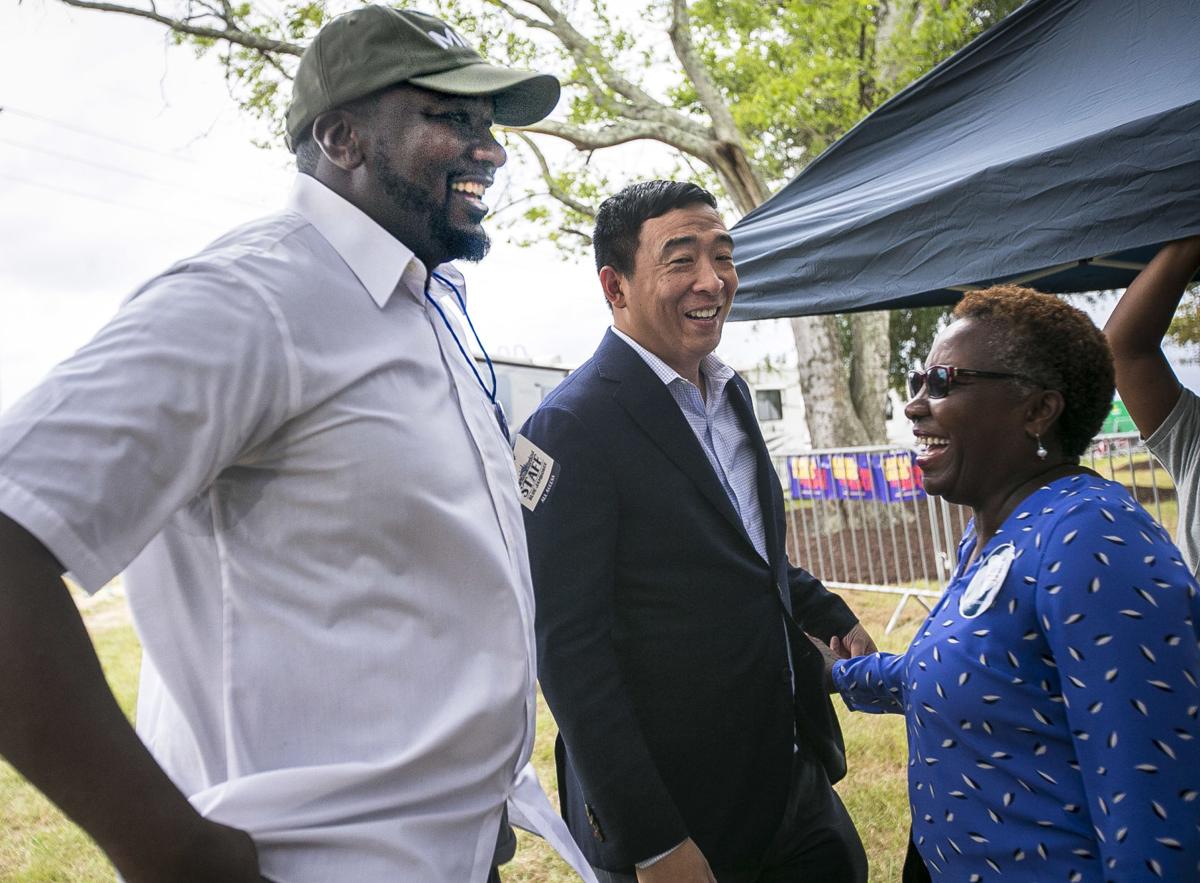 COLUMBIA — All 170 South Carolina Statehouse seats are up for grabs this election year, and a few dozen lawmakers will face their first obstacle in the upcoming June 9 primary elections.

The majority of lawmakers face no primary opposition, and a significant number have already effectively secured reelection, with no opponents filing to challenge them in either the primary or general election.

Political strategists expect incumbents to enjoy an even stronger advantage than usual this election year because the coronavirus has hindered the ability of challengers to campaign in person.

Still, Statehouse primaries can be notoriously unpredictable, decided by just a few hundred votes here or there, and that may be even more true if the virus impacts voter turnout.

Here is a rundown of just a few of the top primaries to keep an eye on next month, based on conversations with strategists, party officials and candidates across the state.

Cash, a Powdersville businessman, won a special election in 2017 to replace Kevin Bryant after he became lieutenant governor, vowing to vigorously oppose abortion.

When it comes to effort, he has unquestionably fulfilled that promise, becoming the Senate's most renowned anti-abortion crusader and constantly pushing legislation to eliminate it. But results have been another matter, as he has yet to amass enough votes to get any such legislation passed.

Enter Wooten, an Anderson County councilman and business consultant, who has been active in county politics and campaigns for several years and touts himself as a similarly pro-life conservative — but one "who gets things done."

Between fundraising and loaning his campaign a substantial sum of his own money, Wooten has the resources to make this one competitive.

With a boost from then-Gov. Nikki Haley, Talley unseated conservative firebrand Lee Bright in a highly competitive GOP primary runoff in 2016. Now he faces a similar challenge from the right, as Lynch has hit him for voting in favor of the 2017 gas tax increase included in the Department of Transportation reform bill.

Lynch's biggest asset is his family business. He is the owner of Jeff Lynch Appliance Center, a well-known Upstate institution started by his father. Not only does it give Lynch instant name recognition, it also has allowed him to provide significant self-funding for his campaign.

Talley has become a popular figure among his GOP colleagues and the business community, and attacks over the gas tax might not be as effective at a moment when prices at the pumps have plummeted. But the close 2016 race showed that Republicans in this district are divided.

What's most interesting about this race is how the district has changed over the years: Once split about evenly between Newberry County, where Cromer lives, and Lexington County, where Bumgardner lives, rapid population growth in Lexington has given that part of the district more influence.

That could feasibly help Bumgardner, a longtime dentist in the area. Cromer, a pharmacist, is chairman of the Senate Banking and Insurance committee.

Hill is widely known in the House as the chamber's ultra-conservative contrarian, unafraid to buck party leadership and stand out as the lone vote against a litany of legislation. His criticism of fellow Republicans so angered party leaders that the House GOP caucus decided to suspend him from the group last year.

Now the S.C. GOP has taken the extraordinary step of actively supporting his primary opponent, optometrist Vaughn Parfitt, a decision first reported by The Greenville News earlier this month.

That decision drew a rebuke from the Anderson County party, and it further solidified Hill's anti-establishment persona. The question will be whether Anderson voters want to stick with that approach or go with a candidate more open to being a team player.

Incumbent Republican Kirkman Finlay has repeatedly defied the odds in this Columbia district, significantly outperforming other Republicans on the ballot to hold on to the seat he first won in 2012. That didn't deter two potentially strong Democratic challengers from giving it another shot in 2020.

The race has been unusually well-funded for a Democratic House primary, as both Bailey and Bauer have raised and spent thousands on their bids. Both are well-connected figures in the Columbia Democratic community — Bailey, an attorney, and Bauer, an IT projects manager and gym owner.

Bales has represented this Lower Richland district since 1998, was the longtime principal of Lower Richland High School and a county councilman. He last dispatched a pair of primary challengers fairly comfortably back in 2016.

But, with Bales at 84 years old and having experienced multiple health scares on the House floor in recent years, Johnson has argued now is the "time to pass the torch and move forward."

Fernandez lost to Davis by a mere 45 votes in 2018 for this seat that includes parts of Moncks Corner and Summerville, and he swiftly declared his intentions to give it another go in 2020.

Davis is a retired manager from state-owned utility Santee Cooper, and Fernandez is an attorney who's been involved as an activist on several local issues in the community.

First elected in 2002, Clemmons has not faced a contested GOP primary in years, let alone from a threatening opponent. He has developed a reputation as one of the most pro-Israel state legislators in the country and has been heavily involved with the conservative group ALEC.

Brittain works for the influential law firm in the Myrtle Beach area started by his father, Tommy Brittain, giving him a helpful starting platform from which to launch a campaign. But if any House member has the resources to counter a well-funded challenger, it's Clemmons, who has built a big campaign war chest over the years.

But Wilder and Johnson are also well-established figures in the community, Wilder as a Realtor and Johnson as a civil rights activist with the National Action Network. The winner is set to replace retiring Rep. David Mack, who has held the seat since 1997.

Another rematch of a close 2018 race, Hartman lost to Bradley by just 104 votes last cycle for this Hilton Head seat. Bradley is a financial adviser and Hartman a retired educator.