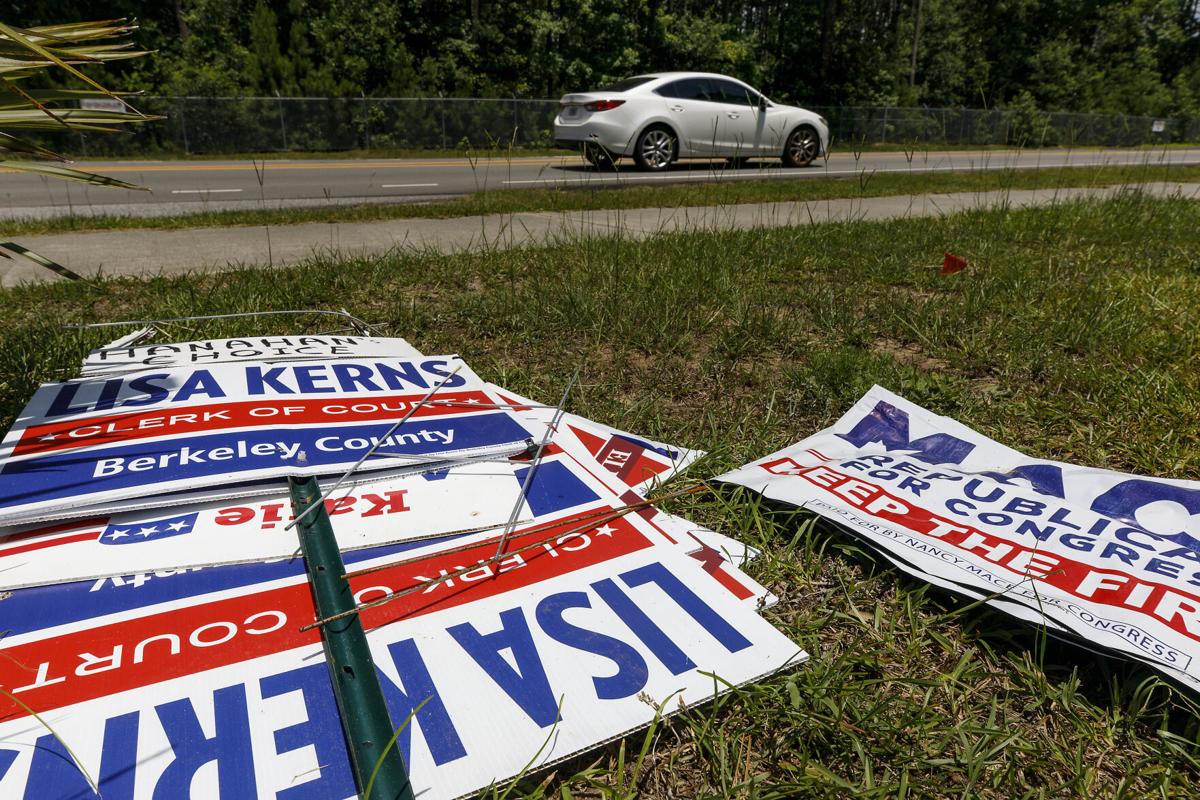 Election signs lay piled near the Hanahan Library on Murray Drive on Monday, June 20, 2022. The signs had been removed from around the Berkeley County early voting location for being too close to the polling place. Grace Beahm Alford/Staff 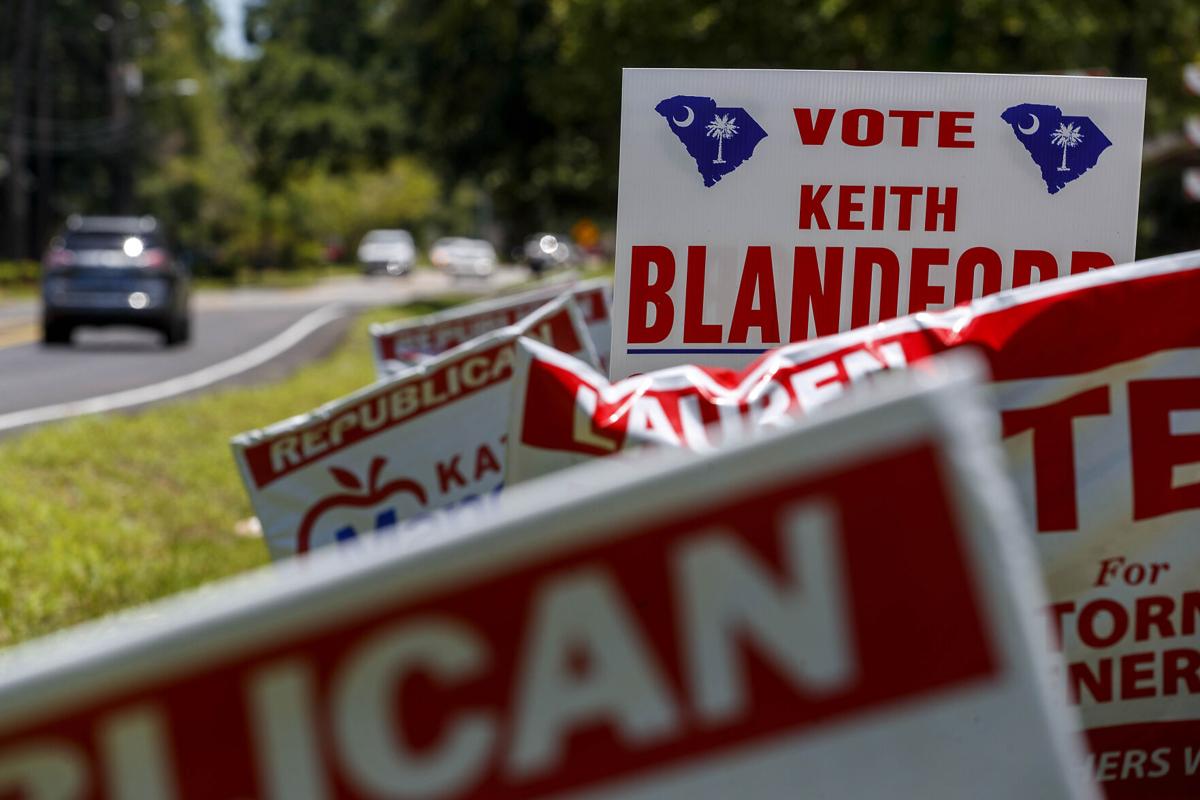 Election signs lay piled near the Hanahan Library on Murray Drive on Monday, June 20, 2022. The signs had been removed from around the Berkeley County early voting location for being too close to the polling place. Grace Beahm Alford/Staff

Like sprouts of mushrooms, all those campaign signs from the recent Democratic and Republican primaries are still around the Lowcountry with no end in sight as to someone cleaning them up.

So everyone begins to wonder: Who is primarily responsible for their removal?

Isaac Cramer, director of Charleston County's voting and elections office, said the candidates, both winners and losers, need to be the first line of responsibility.

After that "Local municipalities and counties are supposed to pick them up in Charleston County if the candidates themselves do not," he said.

The main governing rule during the course of an election, he said, is that candidate signs have to be at least 500 feet away from any precinct.

Beyond that, it's almost wide open on places they can go.

A lot of candidates or their workers will post their signs most anywhere, along roads, in yards or on public property. But it's the ones that hang on long after election season is done that concern election officials. They want to remind the candidates to remove the visible pollution in a timely fashion.

"For Berkeley County, the candidates are supposed to go pick them up," said Rosie Brown, director of the Berkeley County Election Commission. "We do not want them on our public property throughout the different areas in the county, creating an eyesore."

She added, "They are not supposed to be up within corporate limits in our county. If they are within said boundaries, the cities and towns will go and pick them up. When an election is over, it is over."

Campaign signs are not to be placed on any type of private property unless approved by the owner of the property.

Another reason some of the signs may stay around is that the June primaries are just Round One of the voting process ahead of the general election finales in November when the winners are up again.

"In my experience with campaigns, people just forget where they put them," said Jalen Elrod, third vice chair of the S.C. Democratic Party.

"You have a team where people go out and just stick them in any legal place they can," he added. "It ends up being everywhere. If candidates remembered, they would come pick them up. It is so much of their budget and they want to save them for future races. It is probably one of the most important ways local candidates can get their name out that is not a television ad."

Cities are actively trying to pick them up as they see them along the road.

"We have people all over the city working," said Ryan Johnson, a spokesman for the city of North Charleston. "They know to pick up any sign they see now that the elections are over."

Responsibility falls on a host of city staffers.

"Whether they are building inspectors, normal city workers or anybody in City Hall," Johnson said. "They know they should not be out there. They take them and throw it in the back of their truck."

One important thing for members of the general public to know is that it is unlawful to deface, vandalize, tamper with or remove a lawfully placed political campaign sign prior to the election without the permission of the candidate or party, according to state law.

For any person who removes an election sign without the consent of the candidate, there is a civil infraction and a fine of up to $100 in store, the law warns.