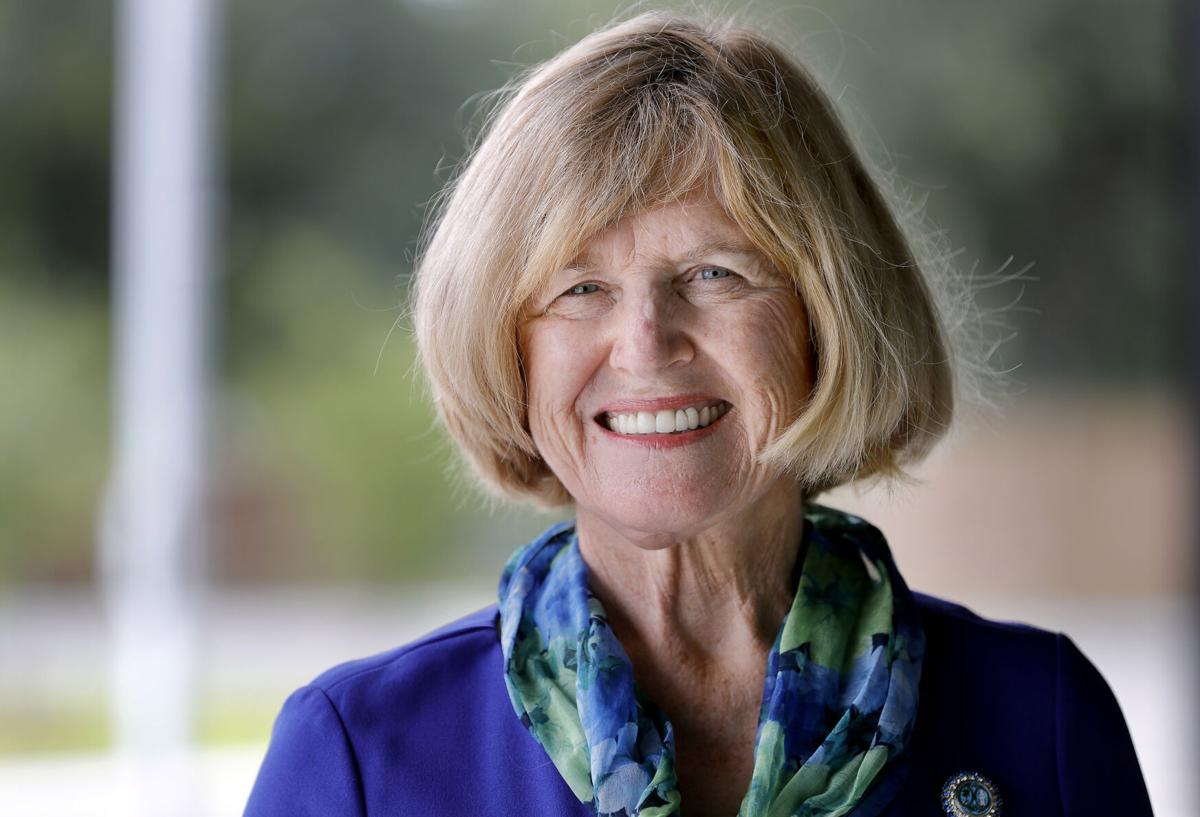 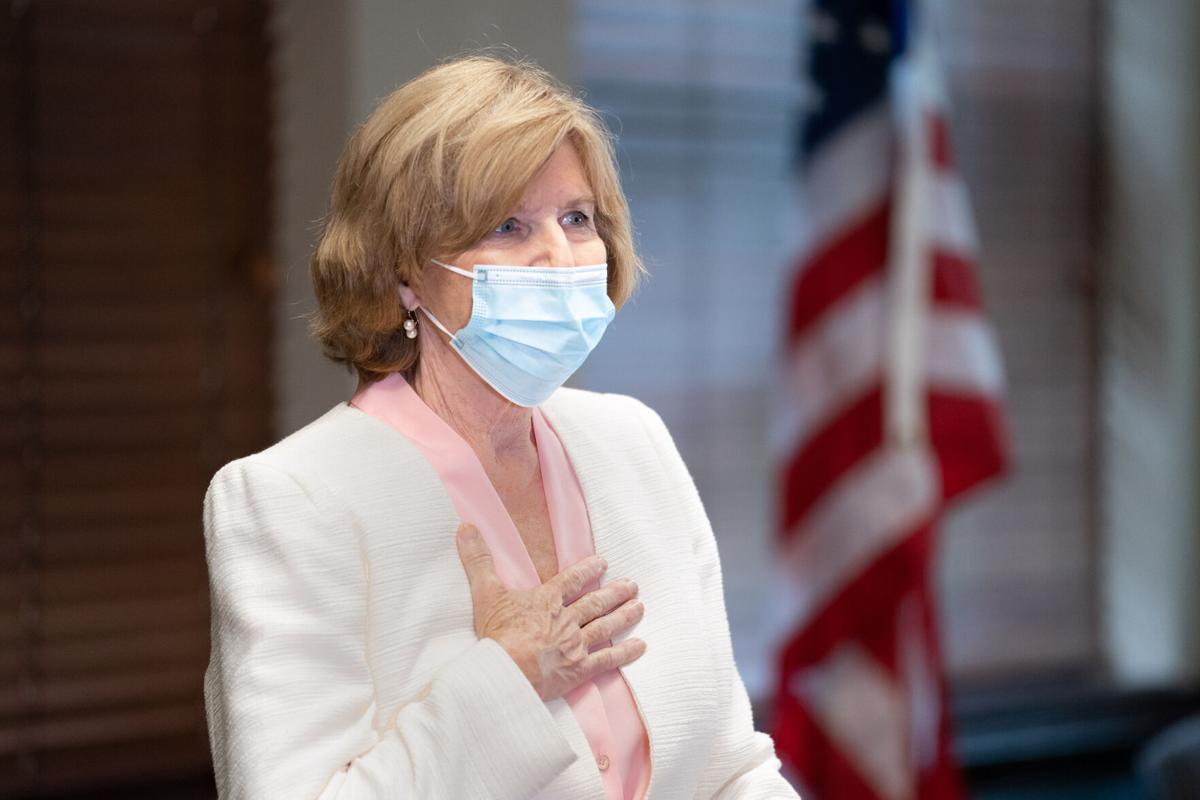 State Superintendent of Education Molly Spearman speaks to members of the media during a press conference about recommendations for COVID-19 school operations at the South Carolina Medical Association on Tuesday, August 17, 2021, in Columbia. File/Sean Rayford/Special to The Post and Courier

COLUMBIA — S.C. Education Superintendent Molly Spearman has decided not to seek a third term in 2022, saying she wants to focus on her family after eight years at the helm of the state's public school system.

Her decision follows 19 tumultuous months amid the COVID-19 pandemic that forced educators to figure out in quick order how to teach students remotely and then how — and whether — to bring them back.

SC students who most need to be in school aren't, Spearman says in asking for help

Through heated debates in the Legislature, at school board meetings and during parent protests, Spearman tried to advocate for doing what needed to be done to educate children safely, knowing many were backsliding during online learning.

The 67-year-old Republican said the tension and controversies aren't why she's leaving. Her decision comes down to family, as her husband, three children and two grandchildren "now deserve my full attention," she said.

She will leave office in January 2023. In the meantime, "I will continue to work diligently to help us rise out of the pandemic stronger than before while advocating for the needs of our students, educators and families," she said Oct. 27 in a statement first provided to The Post and Courier.

Her departure is sure to set off a scramble to succeed her as Republicans control all of the state's constitutional offices. Filing for the post opens in March ahead of the state's June party primaries.

If the superintendent's race of 2014 is an indication — that's the last time there was no incumbent on the ballot — the field could be huge. Spearman won her first term following a four-way Democratic primary and after beating seven other Republicans in the GOP contest. No one challenged her bid for a second term.

The last statewide office held by a Democrat in South Carolina was also for education. Past-Superintendent Jim Rex, a former college education dean, squeaked by in 2006 with a winning margin of less then 1 percent. He ran unsuccessfully for governor four years later.

The spokesman of the state's largest teacher advocacy groups said he hopes the upcoming field will include candidates with classroom experience, saying South Carolina has been blessed with Spearman and her perspective as a former teacher.

"She's had to navigate our state's education system through times that were really challenging even before we got a global pandemic that turned things upside down," said Patrick Kelly with the Palmetto State Teachers Association.

While Spearman hasn't worked as a teacher in decades, it's evident when she visits schools that "she really comes to life when she gets to put back on her elementary school music teacher hat," Kelly said. "At her heart, she remained an educator."

Sherry East, president of the South Carolina Education Association, echoed his sentiments, saying it's critical that Spearman's replacement also be a public education advocate "with experience from the front lines, who has walked in the shoes of our educators."

Spearman's education career began with 18 years as a music teacher and two years as an assistant principal at an elementary school in Saluda County, where she grew up and still lives. She first worked at the state Department of Education during the tenure of Superintendent Inez Tenenbaum, a Democrat, as a deputy superintendent for six years and chief of staff for one.

She then spent a decade leading the state Association of School Administrators before running to lead the state agency.

She also represented Saluda County in the South Carolina House for four terms, beginning in 1993.

"I am humbled that a little girl from a dairy farm in Saluda County has had the chance to serve her community and state for over 40 years," with the important task of trying to improve children's lives, Spearman said.

"A strong public education system that offers every student, no matter where they live, the opportunity to be prepared for a successful and productive life is key to the future of our state, nation and world," she said.

Problems tackled outside the pandemic include modernizing the state's school bus fleet from what had long been the nation's oldest and successfully pushing most of the state's tiniest districts to merge following decades of resistance.

Unfinished business includes returning to local control three failing rural school districts Spearman took over to try to turn them around — something no superintendent had even wanted to attempt since Tenenbaum, her former boss.

Responsibilities added by the pandemic, and Congress' attempt to help, include trying to guide how local districts spend $3 billion in federal aid the state agency has virtually no control over, beyond checking to verify the spending follows federal law.

$3B could transform SC schools. Will local school boards spend it wisely?

The pandemic has sometimes put Spearman at odds with her fellow Republicans, notably Gov. Henry McMaster, beginning in the summer of 2020 when he called on every school district to offer a full return to the classroom and asked Spearman to back him up in enforcing it. Locally elected and autonomous school boards statewide ignored him, citing a summer spike in COVID-19 cases. Spearman approved reopening plans without the option.

And while she told local superintendents in July that a clause GOP legislators inserted in the state budget barred districts from requiring masks in schools — and they risked school funding if they defied it — she strongly encouraged parents and students to wear them.

She also publicly urged legislators to return to Columbia to undo the ban and give school boards the option. They didn't, but a federal judge has blocked the ban's enforcement.

In wishing Spearman well "in her next chapter," state GOP Chairman Drew McKissick indicated vouchers and other plans to help parents afford private K-12 tuition could dominate the debates for her replacement.

"Probably now more than ever, we've seen the government's increased involvement in the classroom and the massive need for school choice," he said. "COVID-19 has highlighted why one-size-fits-all learning doesn't work."

Trav Robertson, chairman of the state Democratic Party, said he understands why Spearman would not want to seek reelection "after almost two years of being ignored, overlooked and scorned by the extreme elements."

"We learned through this pandemic and the discussions that ensured about student health and safety that Molly Spearman had the best interest of teachers and students in mind while Henry McMaster and other South Carolina Republicans did not," he said. "While we did not always agree, we never doubted Molly Spearman's dedication to the children of South Carolina. Her service to our state is appreciated."