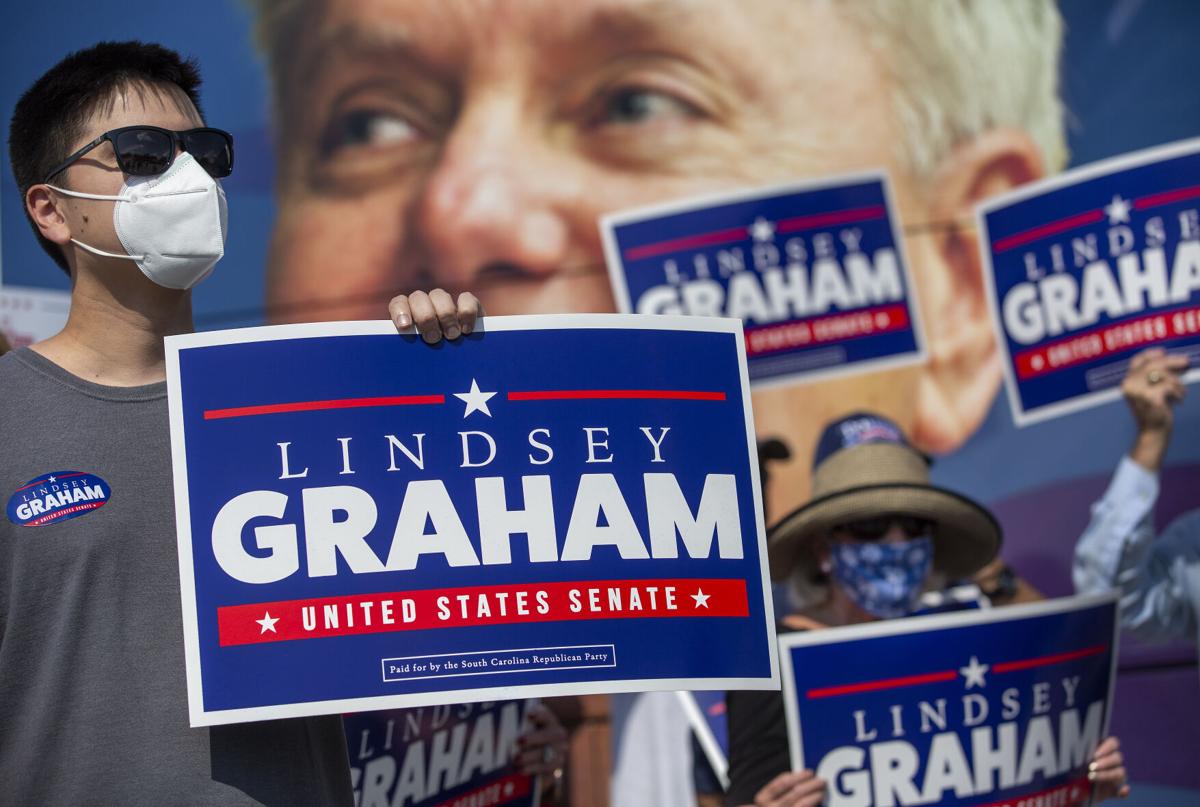 Supporters of Senator Lindsey Graham cheer as he arrives for a rally outside of the North Charleston Convention Center Complex on Friday, October 16, 2020. Grace Beahm Alford/Staff 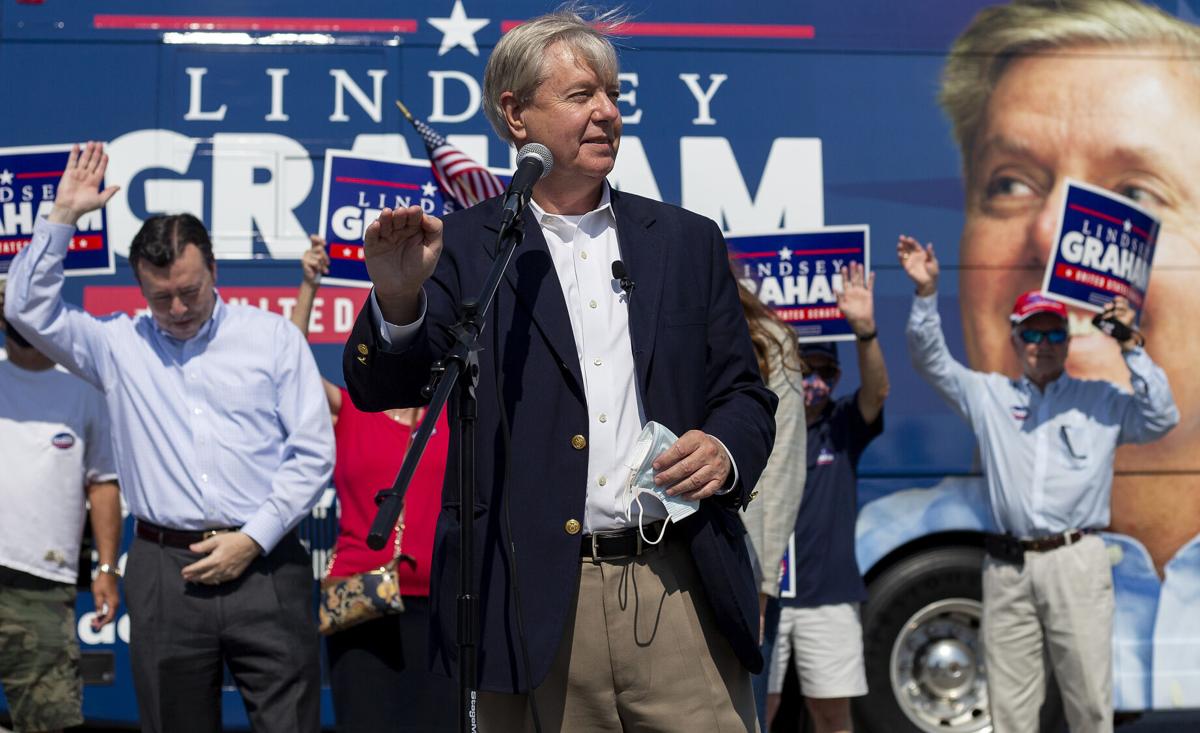 Senator Lindsey Graham speaks to supporters at a rally outside of the North Charleston Convention Center Complex on Friday, October 16, 2020. Grace Beahm Alford/Staff 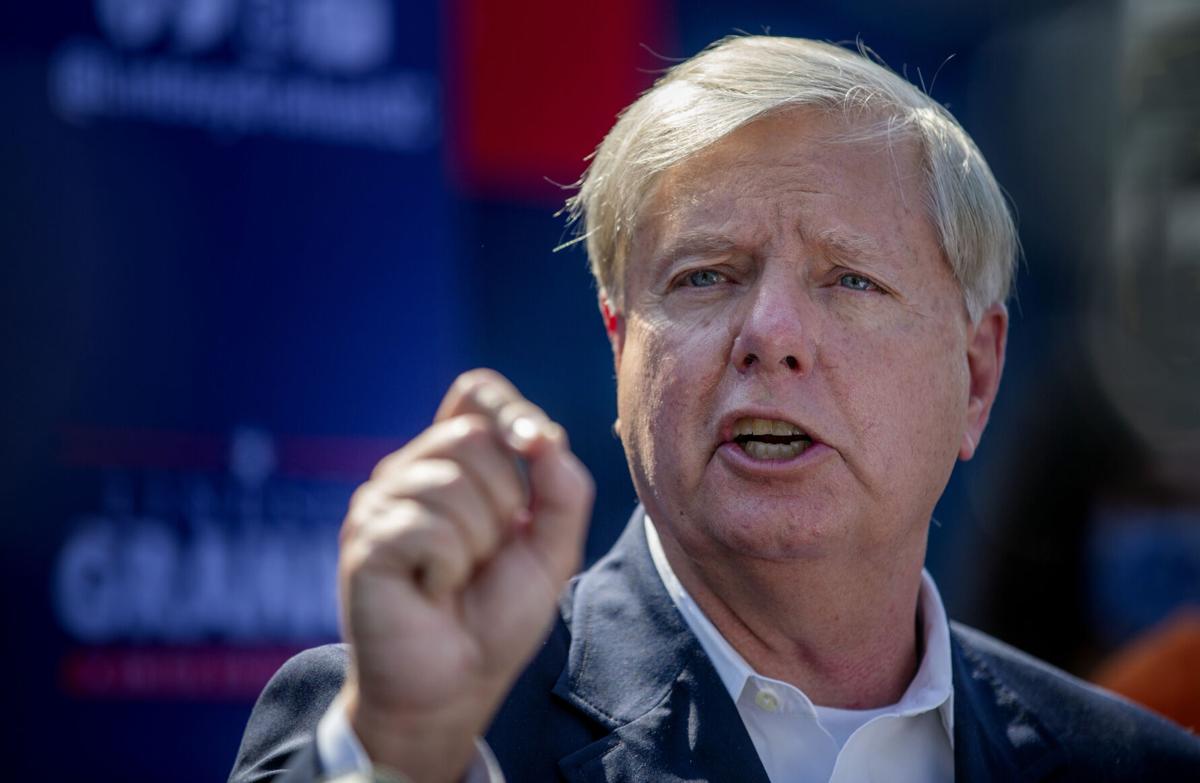 Senator Lindsey Graham speaks to members of the press after a rally outside of the North Charleston Convention Center Complex Friday, October 16, 2020. Grace Beahm Alford/Staff 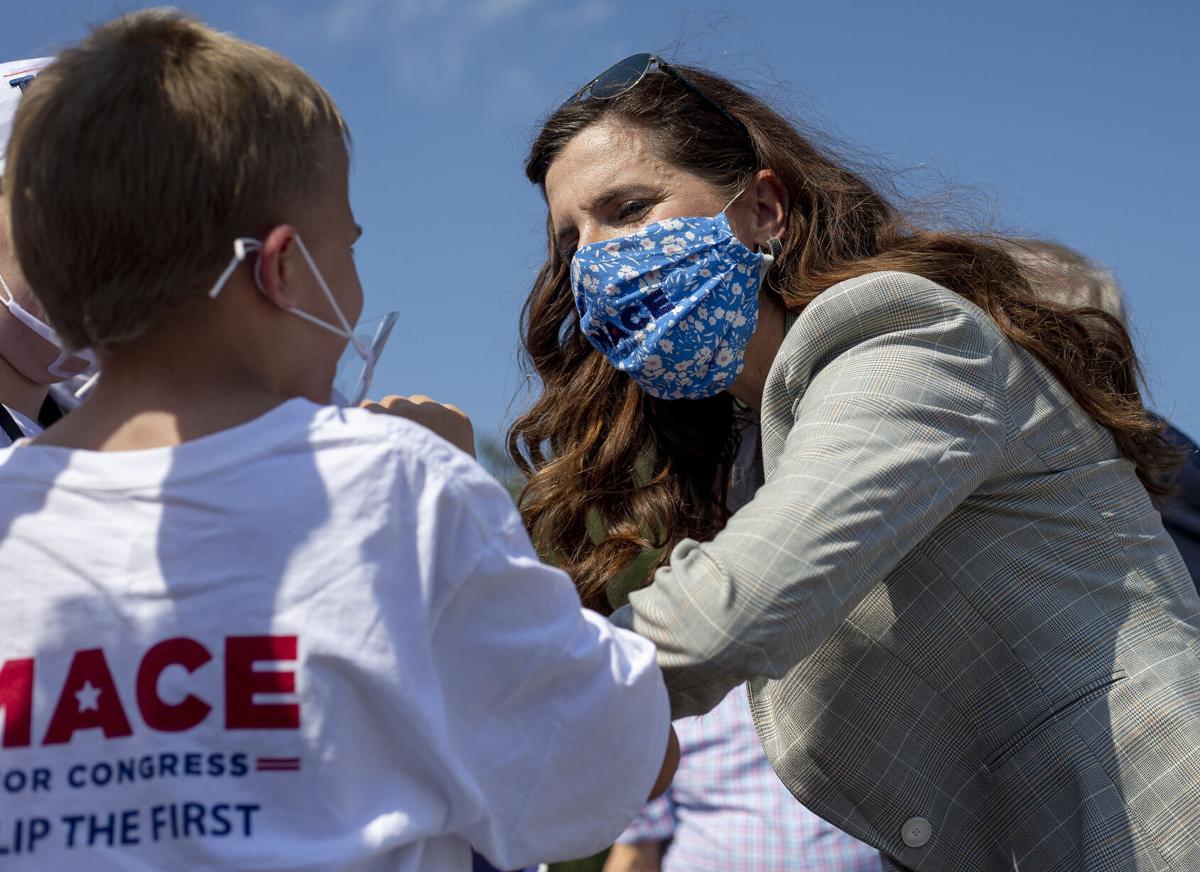 Graham used an on-camera interview Wednesday to solicit contributions for his reelection campaign while still inside a federal office building.

“I don’t know how much it affected fundraising today, but if you want to help me close the gap — LindseyGraham.com — a little bit goes a long way,” said Graham, R-S.C, who is locked in a highly competitive race against well-funded Democratic challenger Jaime Harrison.

Formal complaints by were filed by the nonpartisan Campaign Legal Center and the South Carolina Democratic Party the following day.

Graham, the Senate Judiciary Committee chairman, defended his actions to reporters and said he didn't believe he broke Senate rules.

“After 25 years in Washington, Sen. Graham should know better than to spend his time campaigning in the halls of Congress,” said Lauren Brown, the SCDP communications director. “This profile in desperate and unethical behavior is unbecoming of a U.S. senator."

Graham raised $28 million from July through September,  an all-time record for Republican Senate candidates in a single fundraising quarter. It represents less than half of Harrison's massive $57 million haul over the same period.

“I’m not taking anything for granted,” Graham said on Friday when asked about Harrison's record fundraising. “I’ve never felt better ... I’ve never seen people more motivated on the Republican side.”

On Saturday, Harrison, will hold a drive-in campaign rally for supporters at The Bend in North Charleston. It begins at 5 p.m.; gates open at 4 p.m. and is a limit of four people per car.

In front of his campaign tour bus, Graham said Mace and Barrett "represent the future of conservatism" and told a small crowd that the Republican congressional candidate was "Nancy Pelosi's worst nightmare."

One hot issue in the South Carolina's 1st District race has been the future of Marine Corps Recruit Depot Parris Island, which Mace said was put in danger by Cunningham after he supported a defense-spending bill that required the base to meet a gender-integrated training mandate in five years.

The Commandant of the Marine Corps said last month he would consider closing the boot camp if it couldn't meet the requirement.

Graham seemingly contradicted Mace's claims that Parris Island's future was hanging in the balance. The senator told reporters the base “is not in jeopardy” and added "whatever cost it takes to accommodate that at Parris Island, we will spend the money.”

Mace said Graham and other South Carolina Republicans' proposal of the "Save Parris Island Act" helped undue the damage Cunningham did by supporting the congressional mandate for gender-mandated training.

"Lindsey Graham is working to save Parris Island because Democrats Nancy Pelosi and Joe Cunningham put it on the chopping block, and nothing can change that fact," Mace said.