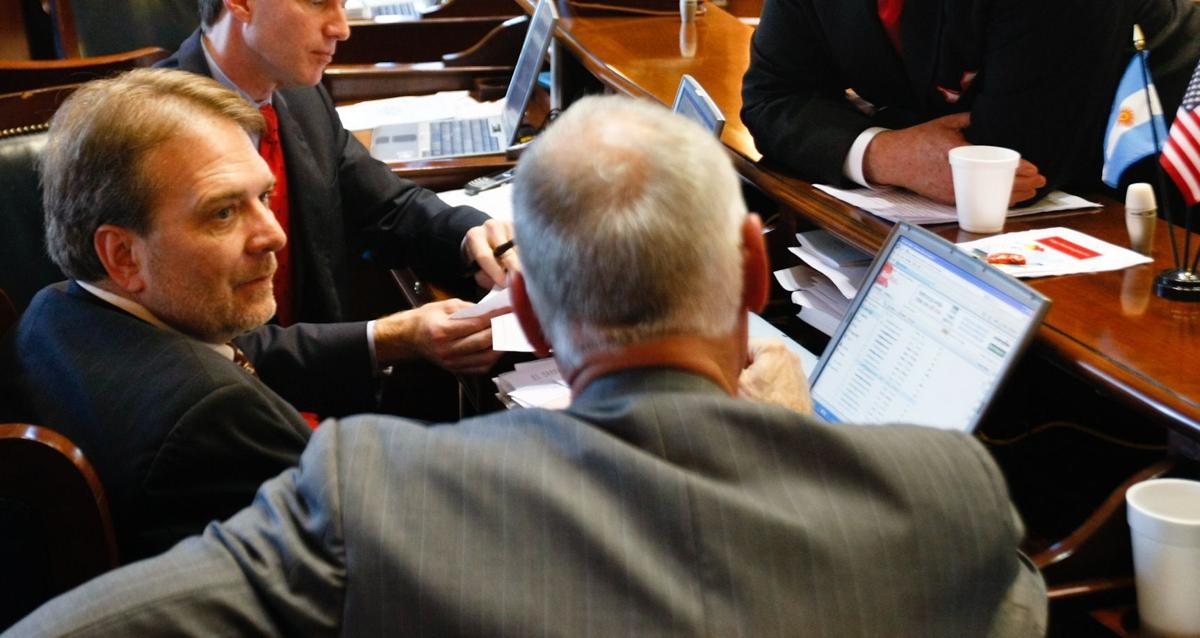 State Sen. Brad Hutto, D-Orangeburg, was selected as the new leader of the Senate Democratic caucus on Tuesday, Nov. 17, 2020. File/AP 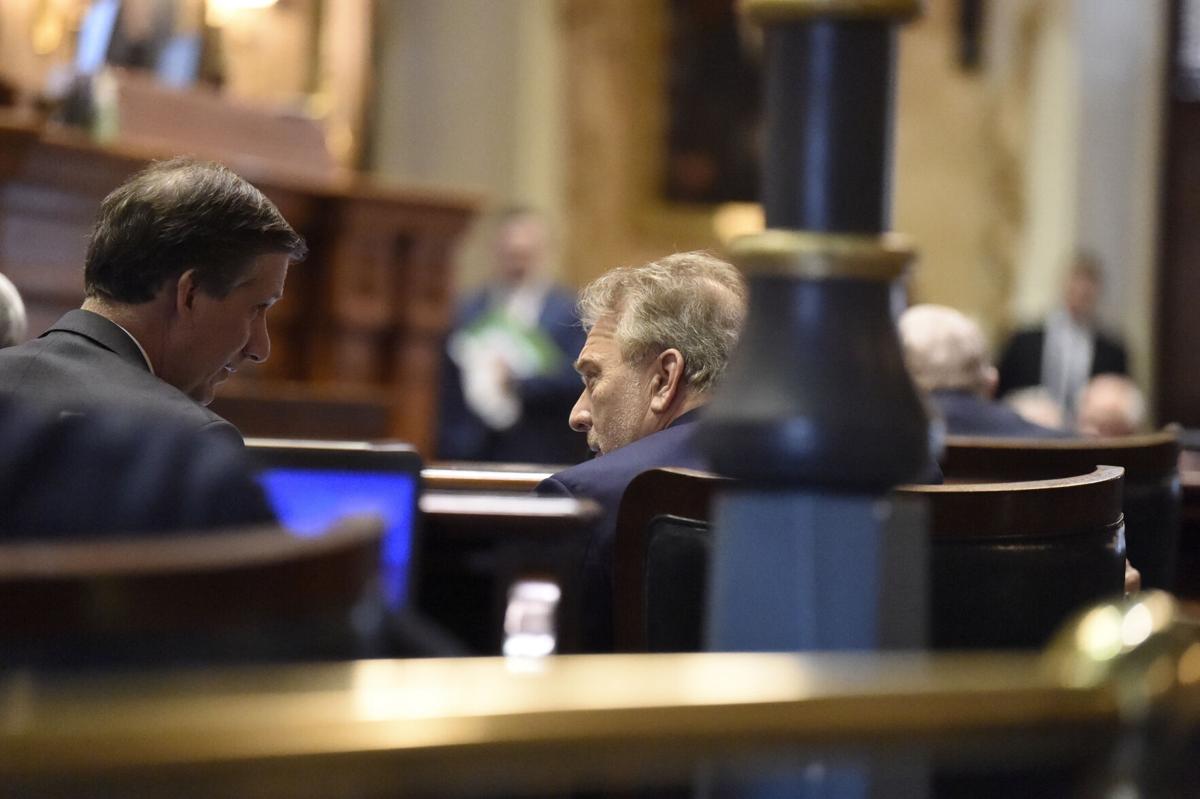 Sens. Vincent Sheheen, of Camden, and Brad Hutto, of Orangeburg, talk on the opening day of South Carolina's 2020 legislative session on Jan. 14, 2020, in Columbia. Democrats in the state Senate made Hutto the new minority leader. File/AP

State Sen. Brad Hutto, D-Orangeburg, was selected as the new leader of the Senate Democratic caucus on Tuesday, Nov. 17, 2020. File/AP

Sens. Vincent Sheheen, of Camden, and Brad Hutto, of Orangeburg, talk on the opening day of South Carolina's 2020 legislative session on Jan. 14, 2020, in Columbia. Democrats in the state Senate made Hutto the new minority leader. File/AP

COLUMBIA — Democrats in the South Carolina Senate on Tuesday elected a longtime legislator from Orangeburg to be their next caucus leader after the state's longest-serving senator stepped down following the defeat of several incumbents.

The change comes after voters ousted three long-time Democratic senators this month, and the party failed to pick off any of the Republican-held seats they were targeting. The setbacks shrank their caucus to a historically low 16 senators out of the 46-member chamber, giving Republicans a 14-seat margin for their expanded majority.

Hutto, first elected in 1996, said he was honored his colleagues put their faith in him and thanked Setzler for his leadership over the past eight years, saying he would "surely lean on his experience and wisdom as we face the challenges ahead."

"Each member brings unique talents and experiences to the state Senate, and I look forward to working with them and utilizing those strengths to make meaningful legislative change in South Carolina," Hutto said. "There is plenty of work to be done, and I am ready to help bring our caucus together to accomplish our goals."

Setzler, a 44-year veteran of the Senate, said he welcomes the "opportunity for new leadership to flourish" and believes Hutto's "legislative expertise and steady voice will guide our caucus well."

The caucus went with Hutto, its former treasurer, over Sen. Gerald Malloy of Hartsville, an 18-year incumbent. Malloy said the swift election was "fluid and fragile with some surprises."

"But I support the results and I support the leadership I anticipate Sen. Hutto will end up offering," Malloy said. "I look forward to working with the caucus to try do what is best for the state of South Carolina. We have a lot of rebuilding to do to gain the confidence of those that would normally end up voting for Democrats."

The Democrats also elected state Sen. Ronnie Sabb, D-Greeleyville, to the second-ranking post as assistant minority leader. Sabb has served in the state Senate since 2014.

"I am humbled by their support, and I am committed to working with them and the Senate minority leader to make their voices heard, and pass legislation that makes South Carolina a better place," Sabb said.

Sabb takes over the role from former state Sen. John Matthews of Bowman, who retired after 46 years in the Legislature.

Hutto, a trial lawyer, was elected to the Senate after spending six years as chairman of the Orangeburg County Democratic Party. He unsuccessfully challenged U.S. Sen. Lindsey Graham, R-S.C., in 2014.

With more than two decades of seniority in the chamber, Hutto had risen to become the highest-ranking Democrat on both the influential Judiciary Committee and the Fish, Game and Forestry Committee, and he was already viewed as a one of the minority party's most respected legislative strategists.

The party will face several critical challenges heading into the 2021 legislative session.

Perhaps most notably, they will be tasked with staving off any further setbacks when the Republican majority seeks to redraw district lines in the decennial reapportionment process. Majority parties in Statehouses around the country tend to use the redistricting process to draw the map in their favor in order to retain maximum control.

Republicans also may pursue controversial legislation that they had failed to pass with a smaller majority, such as banning most abortions in South Carolina. Over the past two decades, Hutto has orchestrated the defeat of many anti-abortion bills and brokered compromises on those that did pass.