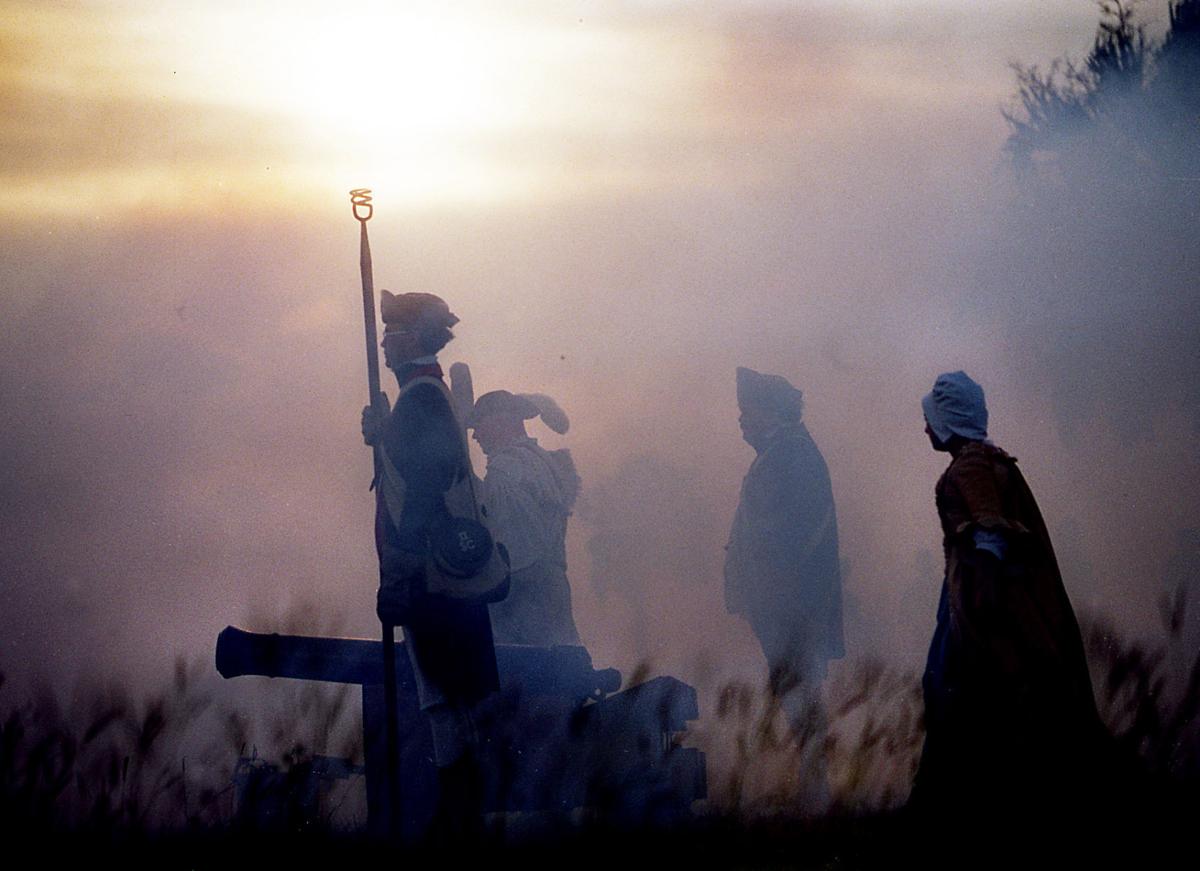 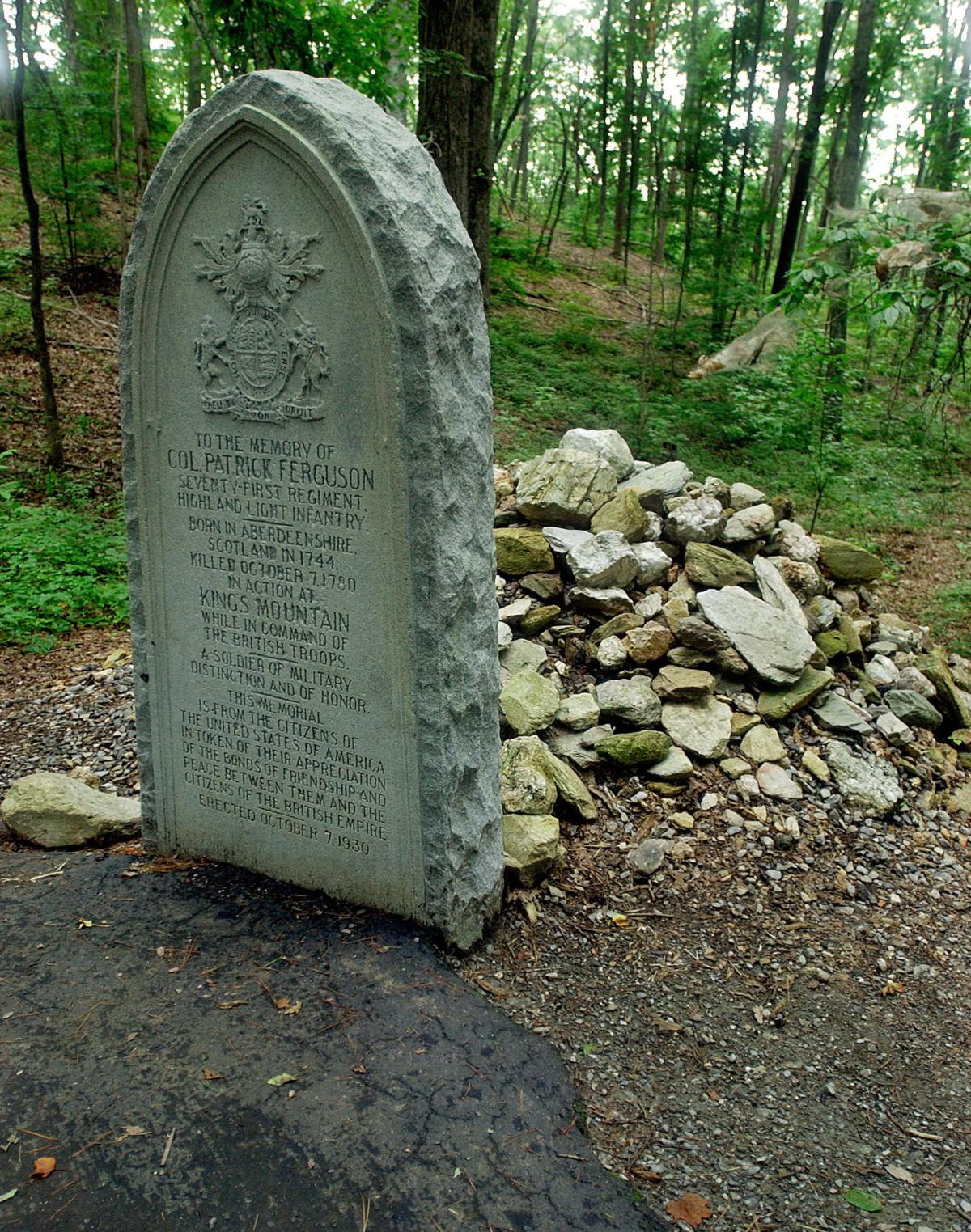 A granite memorial marks the cairn where Col. Patrick Ferguson of the 71st Regiment, Highland Light infantry is buried, along the 1.5 mile Battlefield Trail, inside the Kings Mountain National Military Park, near Blacksburg, S.C. Ferguson was killed during the Battle of Kings Mountain, which was fought Oct. 7, 1780, and was a major victory for the Patriots over the Loyalist at the site during the Revolutionary War. (AP Photo/Alan Marler) 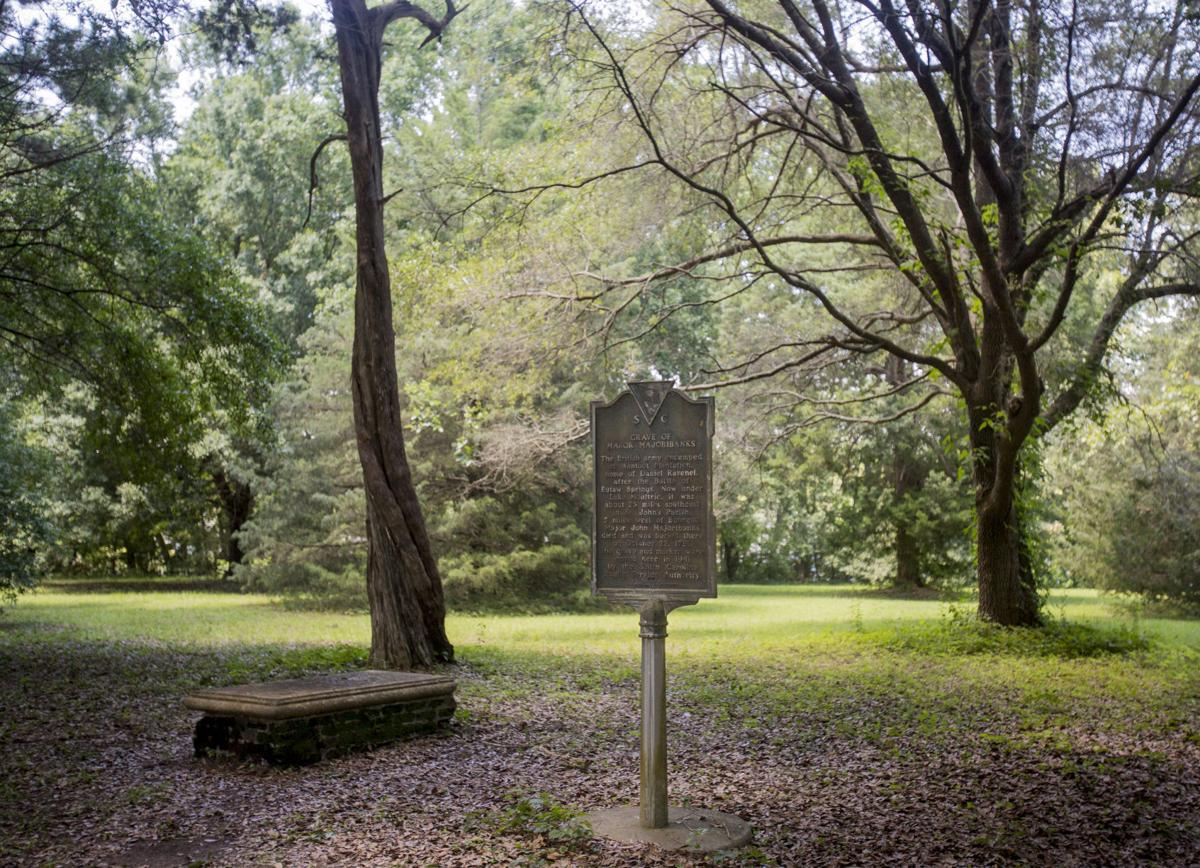 A gravestone marker sits in the middle of Eutaw Springs Battlefield Park on Tuesday, June 25, 2019, in Eutawville. The park is the site of the last battle during the American Revolutionary War to take place in South Carolina. Gavin McIntyre/Staff 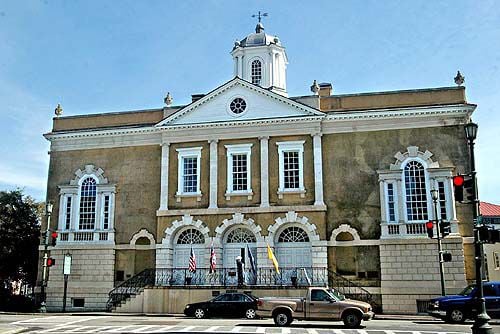 The Old Exchange and Provost Dungeon on East Bay Street is a historic landmark and museum run by the Daughters of the American Revolution. File/Staff 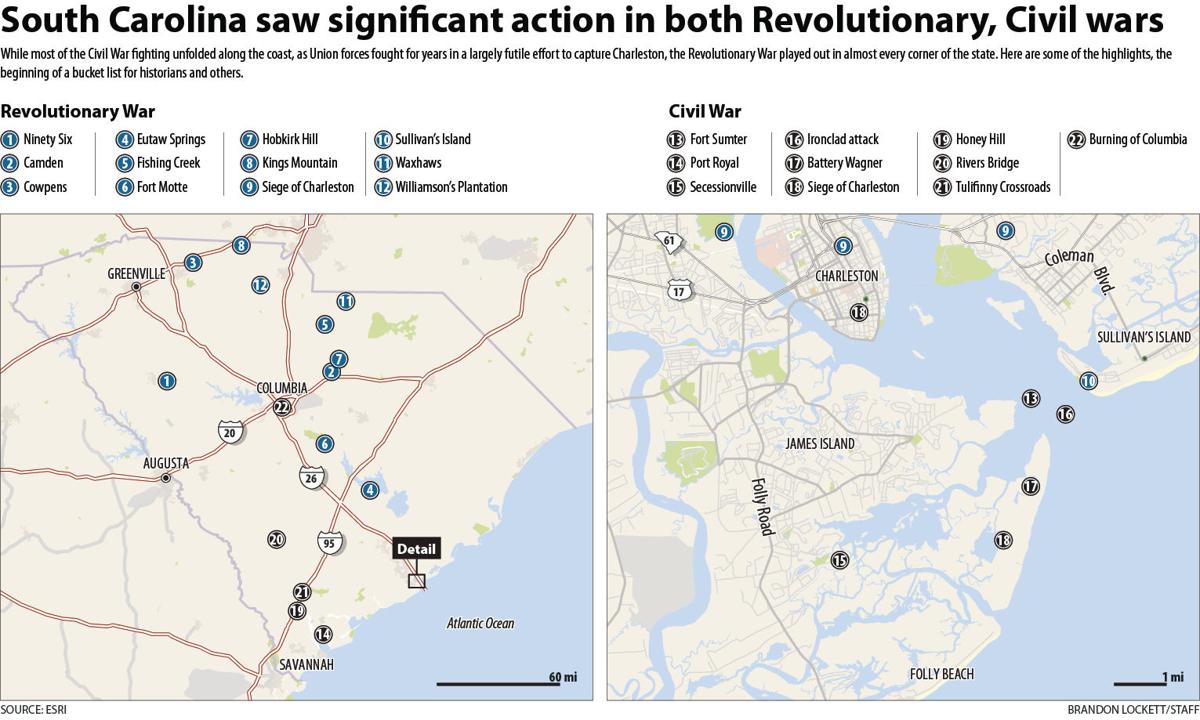 A granite memorial marks the cairn where Col. Patrick Ferguson of the 71st Regiment, Highland Light infantry is buried, along the 1.5 mile Battlefield Trail, inside the Kings Mountain National Military Park, near Blacksburg, S.C. Ferguson was killed during the Battle of Kings Mountain, which was fought Oct. 7, 1780, and was a major victory for the Patriots over the Loyalist at the site during the Revolutionary War. (AP Photo/Alan Marler)

COLUMBIA — A state committee tasked with commemorating the 250th anniversary of the Revolutionary War hopes to reclaim South Carolina’s role in America’s founding since more battles took place in the Palmetto State than almost anywhere else.

“The world changed because of what happened in this state during the American Revolution,” Chairman Charles Baxley said at Wednesday’s inaugural meeting of the Revolutionary War Sestercentennial Commission.

While more Revolutionary War battles and skirmishes were fought on South Carolina soil than in almost any other state, most South Carolinians don’t know that, Baxley acknowledged. History books largely teach what occurred in New England, such as the 1775 opening shots in Lexington and Concord, Mass.

Every county in South Carolina has a Revolutionary War story. Some 400 battles, skirmishes and Revolutionary murders occurred statewide. Charleston even had its own protest of Britain’s tea tax weeks before Boston’s famous Tea Party in 1773.

The 14-member commission, created by a state law passed earlier this year, wants to tell those stories from the perspective of everyone impacted by the war — not just the Patriots who took up arms, but the Loyalists who wanted to remain a colony, the enslaved, Native Americans, women and children — and make it meaningful to people of all ages.

“Walk our battlefields. Visit the sites of the founders. Visit the sites of atrocities, and make the story alive, real and true,” said Baxley, a Lugoff attorney and publisher of the Southern Campaigns of the American Revolution. “All of their stories deserve to be told, the good, the bad and the ugly.”

It’s a Herculean task, Baxley said, adding, only half-jokingly, “We’ve got to tell this to millennials.”

The campaign must start long before 2026, the 250th anniversary of the Declaration of Independence, he said.

While people think of it as marking the nation’s birth, by the time it was signed on July 4, 1776, in Philadelphia, people in South Carolina and other Southern colonies had already run their royal governors out and taken over the government.

Baxley envisions launching a decade-long education campaign in March, the 250th anniversary of the Boston Massacre, at which British soldiers fired into an angry mob, killing five colonists. That the victims included Crispus Attucks, a former slave who protested the British, is an example of the complex stories that need to be told, Baxley said.

“Boston and Lexington and Concord stole the Revolutionary War. We’ve got to steal it back. Fortunately, the facts are on our side,” said Doug Bostick, executive director of the South Carolina Battleground Preservation Trust and a member of the commission.

The nonprofit trust has raised and spent $8 million over the last couple of years to buy all or parts of 14 battlefields — among 69 Revolutionary battlefields to be incorporated into The Liberty Trail. Roughly 40 percent of them are preserved.

It hopes to open the first phase of the trail, to include five new parks, by late next year. Beyond the trust’s efforts to preserve more land, the trail incorporates existing national parks, state parks and two private parks — Historic Brattonsville in York County and the Camden Battlefield.

The sestercentennial group has no budget, yet. Every member pitched in Wednesday to pay for their bag lunch.

They voted to seek $1.45 million from state legislators to help their cause.

Their request for next year’s state budget includes $80,000 for K-12 education material, $60,000 for battlefield guides and other publications, $60,000 for information boards inside museums and visitors centers and $38,000 for new roadside markers.

One of the first items on the group’s to-do list is coming up with a more user-friendly name, as sestercentennial isn’t exactly catchy.

Some 400 battles, skirmishes and murders occurred across South Carolina during the Revolutionary War. Here are a few of the sites where you can learn more: