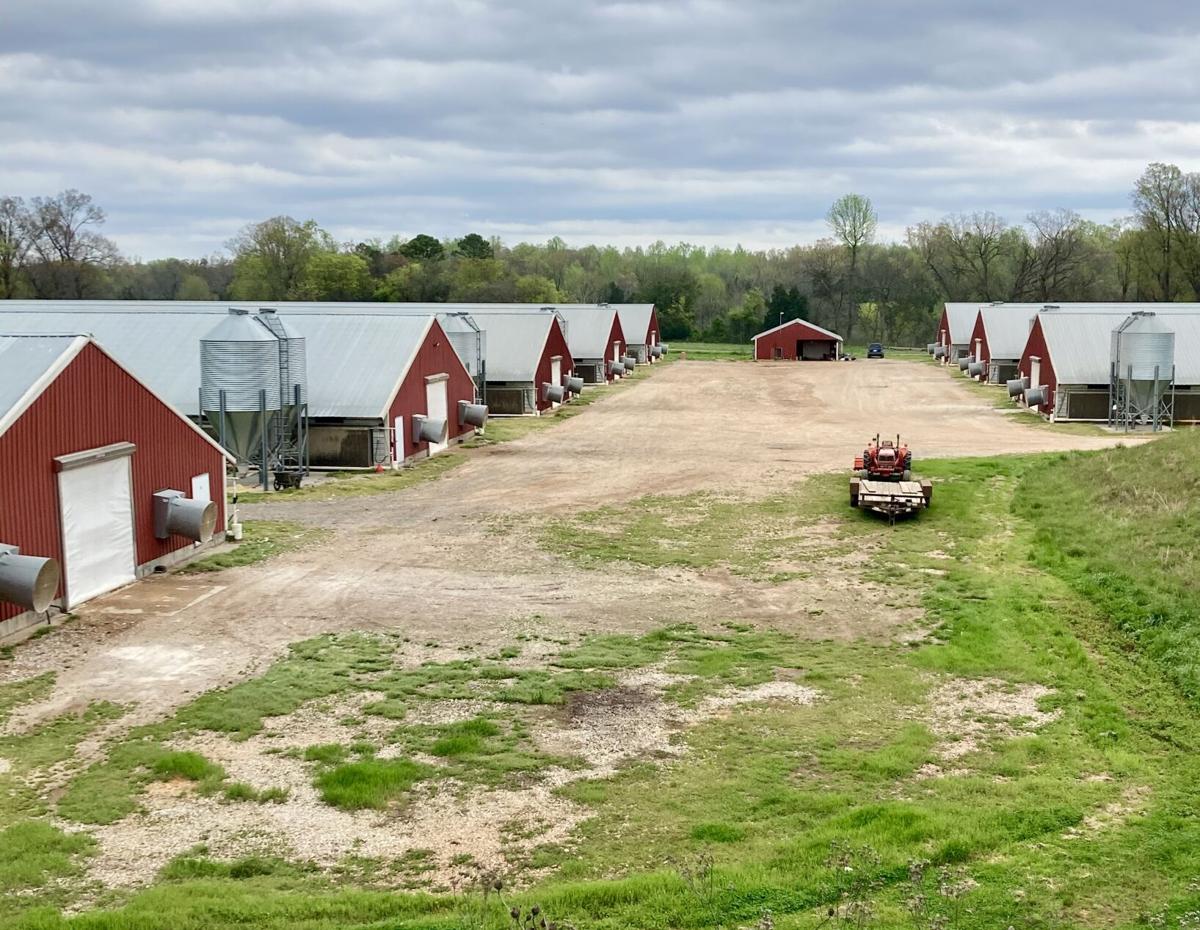 First-generation farmer Adam Keith says he pays $16,000 in property taxes on these eight turkey houses in York County. Legislation would exempt these and other farm structures from property taxes. Provided 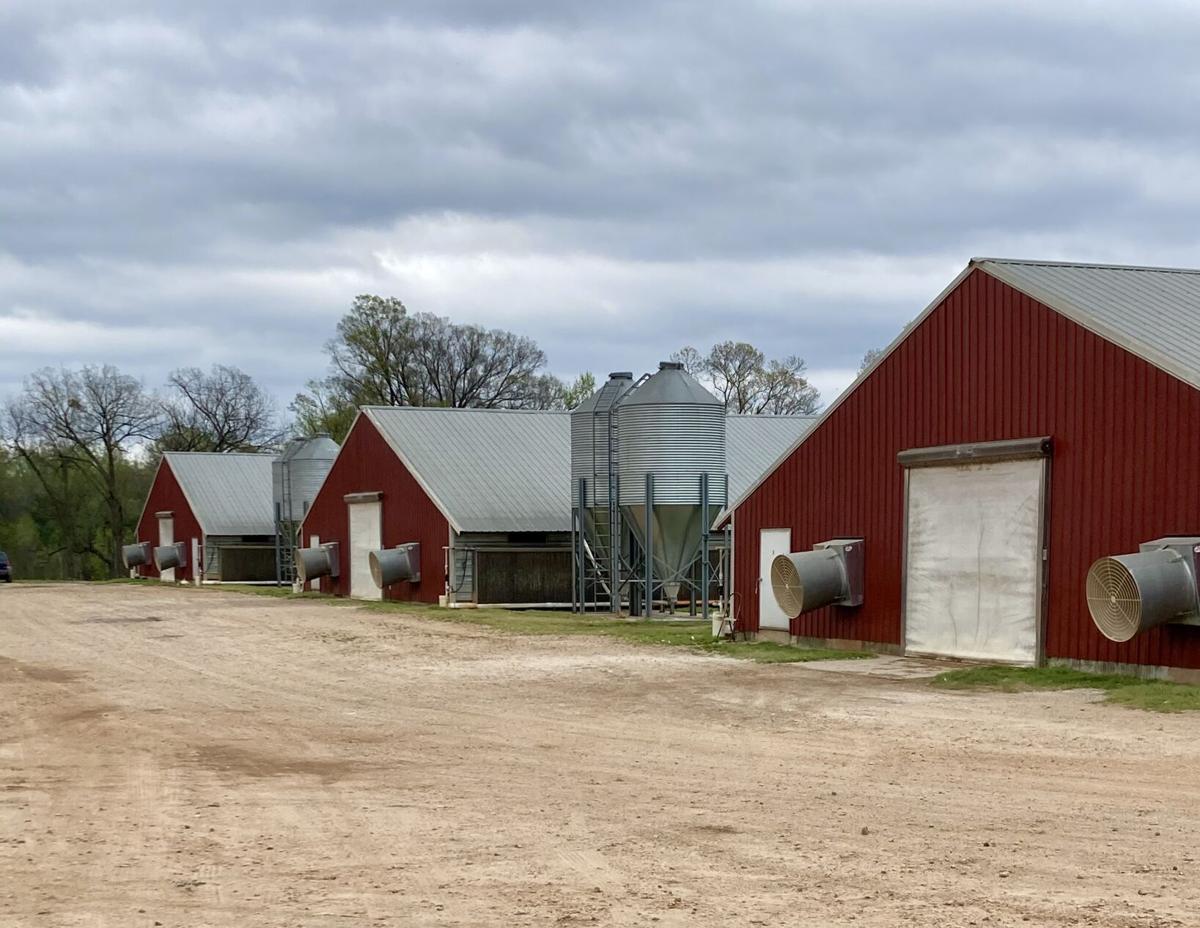 First-generation farmer Adam Keith says he pays $16,000 in property taxes on these eight turkey houses in York County. Legislation would exempt these and other farm structures from property taxes. Provided

COLUMBIA — South Carolina poultry farmers are crying foul over their chicken and turkey houses being taxed like commercial property, saying the thousands of dollars they pay on the dirt-floor structures jeopardizes one of the state's top industries.

They're asking legislators to pass a bill specifically exempting barns, poultry houses and other farm structures from property taxes, saying they need that money to stay afloat as inflation makes business increasingly difficult.

"This money could help small farms like mine keep running," Jason Still of Denmark recently told a House Ways and Means panel.

The first-generation farmer paid $16,000 last year in property taxes for his 1,500 acres in rural Bamberg County where he grows crops like watermelon and cucumbers, along with raising cows and chickens. Where the chickens live accounts for three-fourths of his tax bill.

"Pennies make dollars around our farm. There's just not a whole lot of return," Still said, adding his son would like to take over from him some day. "But the way things are today, there’s no hope in the farm industry. Any kind of money we can save, we need to save."

Advocates, including the state Department of Agriculture and South Carolina Farm Bureau, consider the bill a clarification of existing state law, which exempts farm machinery and equipment from property taxes.

Sponsoring Rep. Ryan McCabe points to the last sentence of that exemption — which says "farm equipment includes greenhouses" — as evidence the legislators who passed that law decades ago intended for it to include structures.

The problem, he and other supporters say, is that how the law is interpreted depends on where a farm is located, with some county assessors being more aggressive than others in whether they tax farm structures and what kind. Most of the complaints involve poultry houses.

"The term is a misnomer. It’s not a house. It doesn’t have a foundation or a slab. It has a soil floor," said McCabe, R-Lexington. "Essentially, it's a metal tent on the ground with a bunch of expensive equipment attached."

York County farmer Adam Keith pays $16,000 yearly on eight turkey houses, as per a 2018 agreement resolving a four-year fight that went through the state Administrative Law Court. When he first challenged his tax bill in 2014, it was $39,000 for six turkey houses, he said.

The reduction came after he borrowed tens of thousands of dollars to pay an attorney, and the county got a new assessor, he said.

"I think it's an easy target," Keith said about poultry houses. "They see these new buildings going up, and they're expensive to build. But the only thing I can do with those buildings is raise birds. I couldn't do anything else with them legally."

Opponents of the legislation include the state Association of Counties, which argues farmers already get huge tax breaks on the land itself.

If the structures on that land are totally exempt, other property owners could see their taxes increase, said Joshua Rhodes, the group's deputy executive director.

"Anytime you exempt a class of property, somebody else has to pick up the funding burden," he said, adding that could disproportionately hurt rural counties that lack industries. "In a lot of these counties, there's nowhere else to turn."

The state Department of Revenue, which has intervened in property tax disputes, sides with the assessors. The agency interprets state law as not exempting farm structures, a spokeswoman confirmed to The Post and Courier.

It's unclear how the legislation would impact county revenue.

State fiscal experts predict a wide range between $5.5 million and $27.3 million statewide, using the assumption that the exemption would remove anywhere from 10 percent to half of all agricultural property from tax rolls, depending on the county and the value it puts on various kinds of structures.

But statewide, the total revenue loss is expected to be less than 1 percent of projected property taxes for 2022, according to the state Revenue and Fiscal Affairs Office.

In Dorchester County, the difference comes to about $200,000, which is "not that big of a deal" when looking at all taxable property. But what's most concerning is how the loss would affect rural fire departments across the state, County Auditor J.J. Messervy told the House panel.

Poultry farmers dismiss that argument, saying they don't benefit from those public services.

Jason Still, the Denmark farmer, said his four chicken houses burned to the ground in 2009 within several minutes.

"By the time they get there, it’s already on the ground, and you have ashes," he said. "All of our revenue went to zero."

While McCabe's bill has more than two dozen GOP co-sponsors, its chances this year seem slim. Introduced less than a month ago, it did not meet a critical deadline for crossing from one chamber to the other by April 10.

The first hearing on the bill ended without a vote, as the Ways and Means subcommittee took up the bill with just minutes to spare before the House gaveled in for the day. The panel's chairman, Rep. Garry Smith, said he intends to hold another hearing to advance the bill. But it may need to be reintroduced next year.

"With inflation, all of our expenses are through the roof right now from fertilizer to chemicals to feed," he said. "We need to make sure everybody’s treated fairly under the intent of the law."