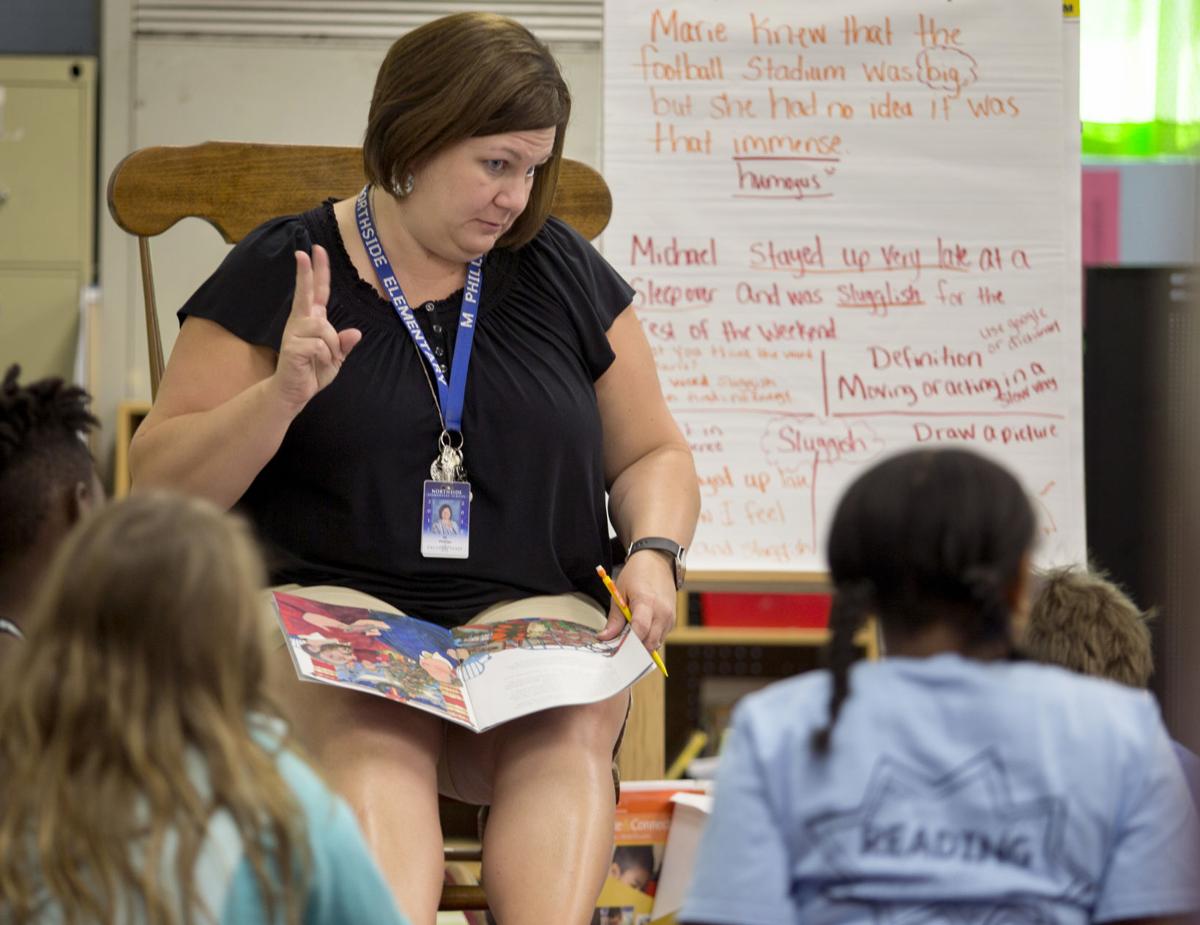 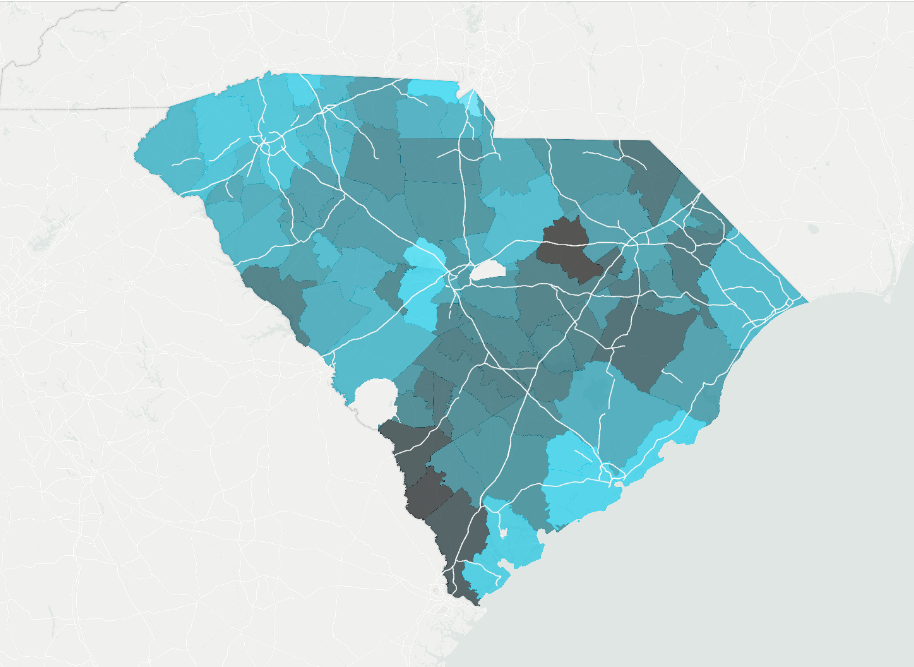 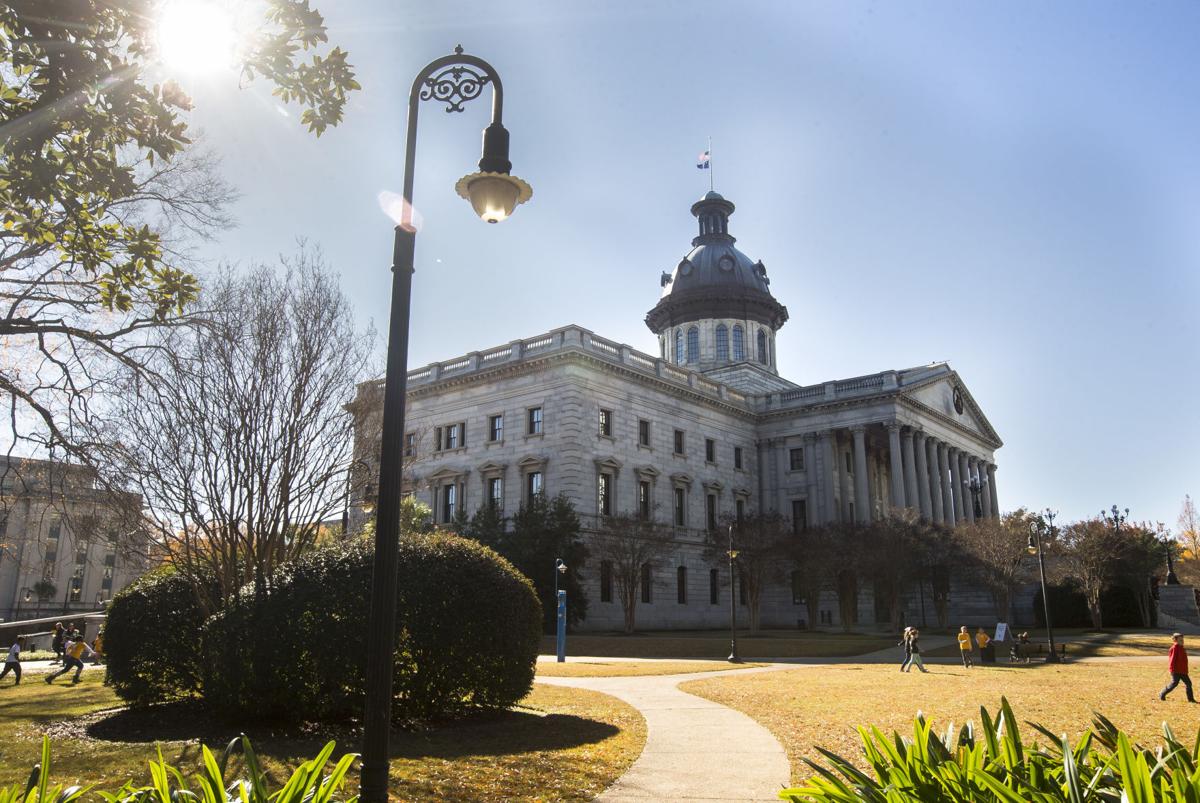 Kids play outside of the South Carolina Statehouse on Tuesday, Dec. 11, 2018, in Columbia. Senators prefiled bills Wednesday for the session that starts Jan. 8. Andrew J. Whitaker/Staff

Kids play outside of the South Carolina Statehouse on Tuesday, Dec. 11, 2018, in Columbia. Senators prefiled bills Wednesday for the session that starts Jan. 8. Andrew J. Whitaker/Staff

COLUMBIA — South Carolina's teachers would get a pay boost under legislation that aims to stem the tide of educators fleeing the profession, though proposals vary on how much of a hike they might see.

The ideas were among a trove of Senate bills introduced Tuesday in the wake of The Post and Courier’s “Minimally Adequate” series, which detailed the decrepit state of South Carolina's education system.

Legislators prefile bills to give themselves a head start for the upcoming session. The House will get its chance next week.

Several bills would tie teachers' salaries to the national average, increasing their pay by roughly $10,000 a year. While Sen. Tom Davis, R-Beaufort, proposes phasing that in over several years, it could be a game-changer for a state that's been chasing the Southeastern average since the 1960s.

"None of the rest of what we do will matter until we have a teacher who's extremely well-qualified and dedicated in the classroom and then keep them there," said Davis, who proposes paying for it by cutting programs that aren't working and redirecting a chunk of lottery profits from college scholarships to teacher salaries.

"Probably the most important person in our society is the person in our classrooms. How do we make it a profession people want to aspire to?" he said. "There's nothing more important to our state's future."

Many of South Carolina's 50,000 teachers must work part-time jobs outside the classroom just to pay the bills. Earlier this year, legislators gave teachers a 1 percent across-the-board raise and boosted the minimum salary for starting teachers to $32,000. That's still among the nation's lowest for first-year teachers.

The average salary for all teachers rose to about $51,000.

Calls for education reform have intensified following the five-part Minimally Adequate series, which lays out how gaping disparities have left thousands of students unprepared for college or work after high school. A statewide teacher shortage crisis is hitting poor districts particularly hard, as they lose qualified teachers to neighboring districts that can afford to pay thousands more than the state-required minimum.

In a meeting with several House members Wednesday, teachers from nine counties — including Charleston, Berkeley and Dorchester —said they're so fed up, they're on the verge of striking for higher wages and more overall funding to help their students.

Legislators have pledged to make education reform a priority next year. The one thing they seem to agree on is that teachers should be paid more.

A bill filed by Senate Minority Leader Nikki Setzler, D-West Columbia, would boost teachers' pay by 5 percent — as Republican state Superintendent Molly Spearman has requested. That would cost $155 million and bring South Carolina's salaries in line with the Southeastern average — something state law has called for since 1984.

Another bill would allow districts to pay bonuses to the best teachers. Currently, teachers are paid according to their degree and their years of experience in the classroom. Still another would create a teacher recruitment division within the state education agency, which could help fill vacancies by doling out stipends, paying student loans or even making down payments on a home loan.

Spearman has said her priorities for next year include sending recruiters from her agency to other states that graduate more education majors than needed.

South Carolina is losing thousands more teachers annually than are graduating from the state's colleges. Not only are poor, rural districts hampered by lower pay, they can't afford to recruit, so they increasingly fill slots with teachers from other countries who may have thick accents students can't understand.

"Those communities don't have the time or money or expertise to go to places," Spearman told The Post and Courier recently. "They just accept who comes, and now nobody's coming, so they just call the international companies."

Sen. Larry Grooms, R-Charleston, said he will support a move to boost teacher pay but will resist any effort that shovels more money into administrative costs.

“Teachers are hard-working and they don’t get the respect they deserve, so I will be a cheerleader for raising teacher pay,” he said.

Other bills aimed at improving education include eliminating some state-required testing and bureaucratic paperwork that teachers complain takes away from actual learning, allowing year-round schooling, and providing wireless internet service in every school and school bus, outfitting the state's poorest districts first.

Some Republicans are continuing their efforts to help parents afford private school tuition. Legislators passed the state's first scholarship program limited to special needs students in 2014, after a decade of debates that divided the GOP.

Grooms, who's long fought for school choice, said he wants to extend access to more families who want to remove their children from failing schools. Under his latest proposal, tax credits to people donating toward scholarships for poor or special needs students could cumulatively reduce state revenue by $50 million. Tax credits to parents paying tuition costs directly could further reduce tax collections by $10 million.

That's up from the $14 million worth of tax credits allowed under the current program for students with disabilities.

“After 20 years of fighting for creating additional choices for our public schools, we have more choice but we are still not where I would like us to be,” Grooms said.

Sen. Tom Young, R-Aiken, is again calling for the consolidation of small school districts. His last proposal, requiring districts with fewer than 2,500 students to merge, never made it out of committee. He's revised that to even tinier districts of fewer than 1,500 students that also are in trouble fiscally, academically or both.

That would expand on the state Education Department's existing efforts.

Forcing districts to consolidate has long been a thorny topic at the Statehouse, as legislators resist angering voters back home. So instead of outright consolidation, legislators authorized Spearman earlier this year to require the state's 13 districts with less than 1,500 students to share administrative services and contracts with neighbors to cut overhead costs.

"We're going to have to make some consolidation changes. It's just very difficult to survive when you're poor and really tiny," Spearman said. "I do understand the tensions and problems of keeping your community together, but we've got to take a close look at what's best for kids."

Sen. Mike Fanning, D-Great Falls, introduced a slew of bills aimed at reforming the education system, including one measure that would ask voters whether the state constitution should be changed to mandate a high-quality education for all. The Legislature currently has a much lower bar to provide each child the opportunity for a “minimally adequate” education, the state Supreme Court has ruled.

Fanning said the state uses testing and report cards to hold students, teachers and schools accountable, but lawmakers aren’t held to any such standard, even though they have underfunded their own minimum spending requirements for years. This year, legislators have shortchanged the state's main source for K-12 funding by $500 million, as called for through a 41-year-old formula adjusted annually for inflation.

“We tell the whole world that we continue to have districts that are below average, but we have never held ourselves accountable as a General Assembly,” he said. “We have only funded education at the minimum level required eight times in 40 years. And that is criminal. We need to hold ourselves accountable.”

Glenn Smith contributed to this article.

A sample of prefiled education bills

Of the nearly 300 Senate bills prefiled Wednesday in advance of the upcoming legislative session, 37 involve K-12 education. Proposals vary from allowing school buses to make more stops to year-round schooling. Others would:

_Provide wireless internet service in every school and school bus

_Expand access to full-day kindergarten to all poor 4-year-olds statewide, as already called for in a 2014 law, then make it available to all 4-year-olds, regardless of income level, within five years.

_Force tiny, struggling school districts to consolidate with a neighbor

_Require high school students to take a course on the U.S. Constitution, Declaration of Independence and Federalist Papers and pass a test to graduate