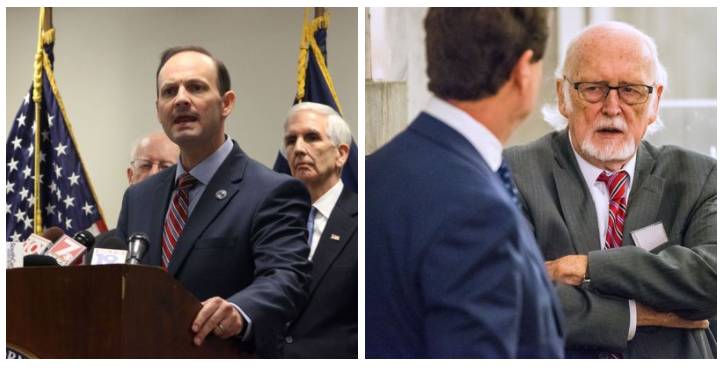 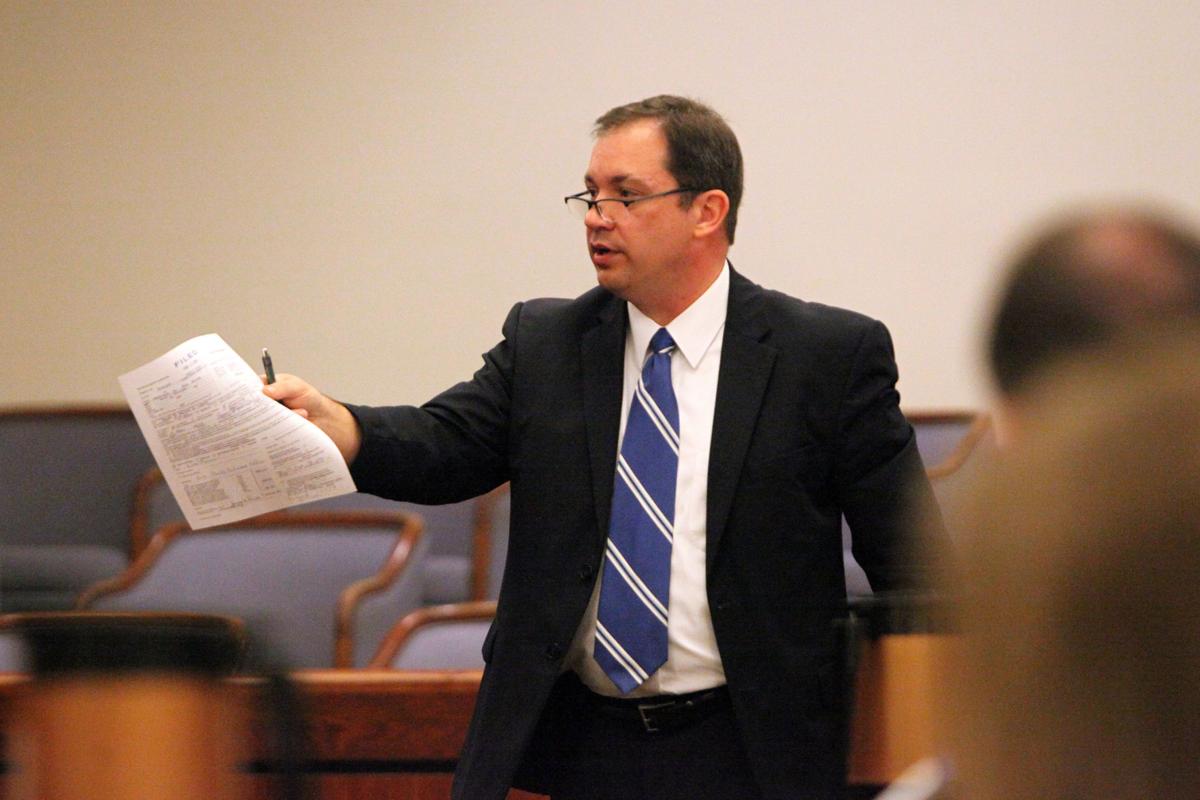 South Carolina Attorney General Alan Wilson undermined a Statehouse corruption probe that targeted a powerhouse family of political operatives, people with whom he had a "problematic relationship,” a State Grand Jury report says.

The grand jury found that Wilson, the state’s chief prosecutor, impeded its investigation into “pay-for-influence” schemes while he continued working with one of its chief targets — veteran consultant Richard Quinn.

Wilson and his allies were quick to dismiss the report as a political hit-job on the eve of state elections. But others saw a host of troubling details.

The 54-page report lays bare a pervasive culture of influence-peddling in which power brokers and lawmakers skirted the state’s loose ethics laws to enrich themselves and corporate clients.

Juiced with fat paydays and insider connections, the system benefited a select few under the guise of doing the public’s business, the grand jury found.

Special Prosecutor David Pascoe said his office drafted the report at the grand jury's direction. It was the result of a years-long investigation that led to four convictions. It offers a road map through this tarnished landscape and a call to action for tougher ethics laws.

‘Everything would be fine’

Among other findings, the grand jury zeroed in on Wilson's longstanding ties to Quinn and his son, former GOP House Majority Leader Rick Quinn.

The report accuses Wilson, a two-term Republican, of trying to sideline Pascoe while improperly sharing information about the investigation with the Quinns.

Wilson appointed Pascoe, a Democrat, after Wilson acknowledged an unspecified conflict of interest. But the working relationship between the two quickly soured as Pascoe took aim at the Quinns.

The elder Quinn revealed to the grand jury earlier this year that he discussed the investigation with Wilson "almost every day probably up until the time I was indicted and shortly before that."

Quinn also testified that Wilson viewed him as a “second father,” and that Wilson assured him "everything would be fine." Quinn said that Wilson didn't believe the Quinns had done anything wrong.

Despite obvious conflicts of interest, Wilson continued to solicit Quinn's help in drafting official letters and statements about the investigation that targeted the consultant, the report said. Staff members testified that Wilson did so without their knowledge and despite having a public affairs director to handle such tasks.

Wilson voluntarily testified before the grand jury after learning he was going to be subpoenaed, the report stated, and he insisted he never shared legal privileged materials with the Quinns. His actions, he testified, were designed to protect the constitutional authority of his office, not his friends.

The grand jury said it couldn’t get to the root of Wilson's motivations, but it concluded that the attorney general succeeded in harming the probe through numerous delays that allowed the statute of limitations to run out on potential criminal charges against entities and individuals.

"The grand jury concludes that Wilson put his loyalty to Richard Quinn above his duty and obligation to the citizens of South Carolina to respect and enforce the State's laws," the report stated.

Wilson fired back Tuesday, noting that he was never issued a subpoena, never charged and never a target of an investigation.

"The Pascoe report is riddled with already disproven political innuendo and baseless conjecture," he said in a written statement. "The fact is I spoke to the grand jury voluntarily because I have nothing to hide and all I want to see is justice be served. This is an entirely political smear less than a month from an election and it should be dismissed as just that."

Richard Quinn’s attorney, Deborah Barbier, also teed off on Pascoe and the report, calling it a bogus document filled with “baseless and untruthful” allegations.

Republicans, however, were unimpressed.

State GOP Chairman Drew McKissick scoffed at the report, saying it was Pascoe’s “sleazy attempt at an 'October surprise,' but it’s more like an 'October dud.' ”

Still, the grand jury said it was troubled by Wilson's continued reliance on Quinn during the investigation, noting that "this conduct demonstrates poor judgment at best."

The grand jury called on state lawmakers to draft legislation to more clearly define when an attorney general must recuse himself from investigations and how that transfer of authority should take place.

The state grand jury also found that Wilson’s actions were part of much larger systemic problems — namely how corporate interests and their consultants pay big bucks to dodge the state’s weak ethics laws and buy influence with our elected officials.

The report detailed how one prominent company after another sought the Quinns’ help to advance their interests.

This is normally the province of lobbyists. But after the federal “Lost Trust” investigation in 1990, state lawmakers put stricter restrictions on lobbying.

Political consultants stepped into this vacuum. And with Richard Quinn’s longstanding connections to U.S. Senator Lindsey Graham, Gov. Henry McMaster and other top politicians, Richard Quinn & Associates was one of the most sought-after consultants in the state, several witnesses told the grand jury.

When a real estate developer considered hiring the firm, Quinn arranged a whirlwind tour with the attorney general, dinner with legislators, coffee with University of South Carolina’s president — all Quinn clients.

He followed up with a note saying he wanted to show off “our tentacles,” even though he didn’t like the term. He preferred to call them “relationships based on history.”

In one episode in 2011 highlighted by the grand jury, the state’s trial lawyers grew increasingly concerned about tort reform. Many trial lawyers had Democratic Party leanings, and some feared their interests wouldn’t be properly represented.

So they enlisted Richard Quinn.

“We needed to develop a Republican strategy,” Pete Strom, a former U.S. Attorney, told the grand jury in May. “And we looked around and sort of the best connected Republican by a large margin was Richard Quinn.”

Strom testified that Quinn’s influence began with “baby candidates. So if I’m a 25-year-old guy and I want to run for the house … (Quinn) starts writing all your speeches for you, and if you get in trouble with something you say, he helps you out of it. He gives you all the talking points.”

The result, Strom added, was that “those people really sort of become paralyzed to take his advice and that continues to grow as they stay in the legislature.”

But Quinn’s influence with lawmakers blurred the lines between lobbying and consulting, the grand jury found.

“Mr. Quinn and his business effectively monetized these ‘relationships based on history,’ as he was quick to proclaim,” the grand jury found.

The grand jury found that hundreds of thousands of dollars poured from corporate coffers into Quinn’s consultant business.

“Yet despite this generous retainer agreement, the witnesses had a difficult time articulating a tangible work product,” the grand jury said. When pressed, though, the hospital system’s officials conceded that the consultant’s value was in relationships with key lawmakers.

In addition to Palmetto Health and the trial lawyers’ group, the grand jury cited SCANA, AT&T, USC and InfiLaw, which tried to buy the Charleston School of Law, for “willfully” violating the state’s lobbying laws by failing to disclose Quinn’s work.

After the report was released Tuesday, some corporate clients pushed back.

“At no time has AT&T ‘acknowledged that improprieties occurred,’ ” the company’s spokesman said.

“The grand jury report speaks for itself and the settlement agreement is self-explanatory,” a spokesperson for USC said, declining further comment.

Palmetto Health likewise said that it “never engaged in any wrongdoing.”

And SCANA said that the only specific allegations leveled against it “occurred many years ago and do not reflect that SCANA violated any law.”

But the grand jury warned that “dark money” had a “significant influence on the outcome of elections.” It described how consultants and their clients use a murky system of caucuses and political action committees to funnel money to favored candidates.

It pinned blame on state lawmakers. “The grand jury calls upon the General Assembly to strengthen the weapons available to prosecutors.”

Ashley Landess, president of the S.C. Policy Council, said she was disappointed overall in the investigation. “It truly does not appear that most powerful politicians in this state are ever going to be touched. I am concerned.”

Lynn Teague, vice president for issues and action with the League of Women Voters of South Carolina, said the report was “a call to action for badly needed improvements in our ethics laws.” She dismissed critics who said it was a partisan document. “We know from long experience that officials of both parties run the gamut from great integrity to more questionable and self-serving behavior.”

She said the grand jury’s finding about dark money was particularly important. “The public must be able to know who is attempting to influence our votes.”

Each of the groups named in the report inked settlement agreements with Pascoe without admitting any wrongdoing. Altogether, they agreed to pay $352,000 in fines, which will offset the cost of the investigation.

Two of them — the Association for Justice and USC — agreed to name a compliance officer to keep them within the bounds of ethics laws.

A third, AT&T, said it would have its state president “confer” with an executive focused on compliance before filing its next lobbying reports.

"While these entities dispute the allegations, they do acknowledge that improprieties occurred," Pascoe stated.

Though the report appears to signal the end of the investigation, work remains on the cases it built.

Harrison is set to go on trial Oct. 22 on misconduct, conspiracy and perjury charges. Edge does not have a trial date.