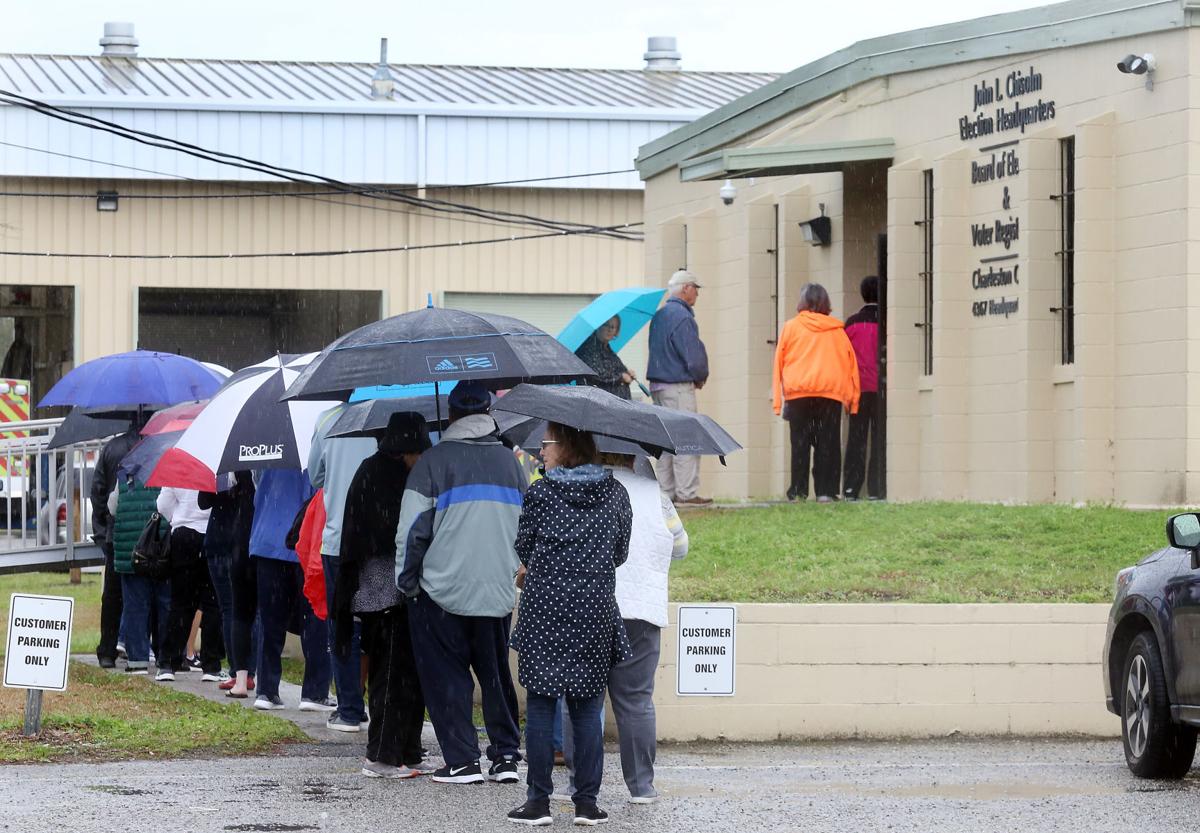 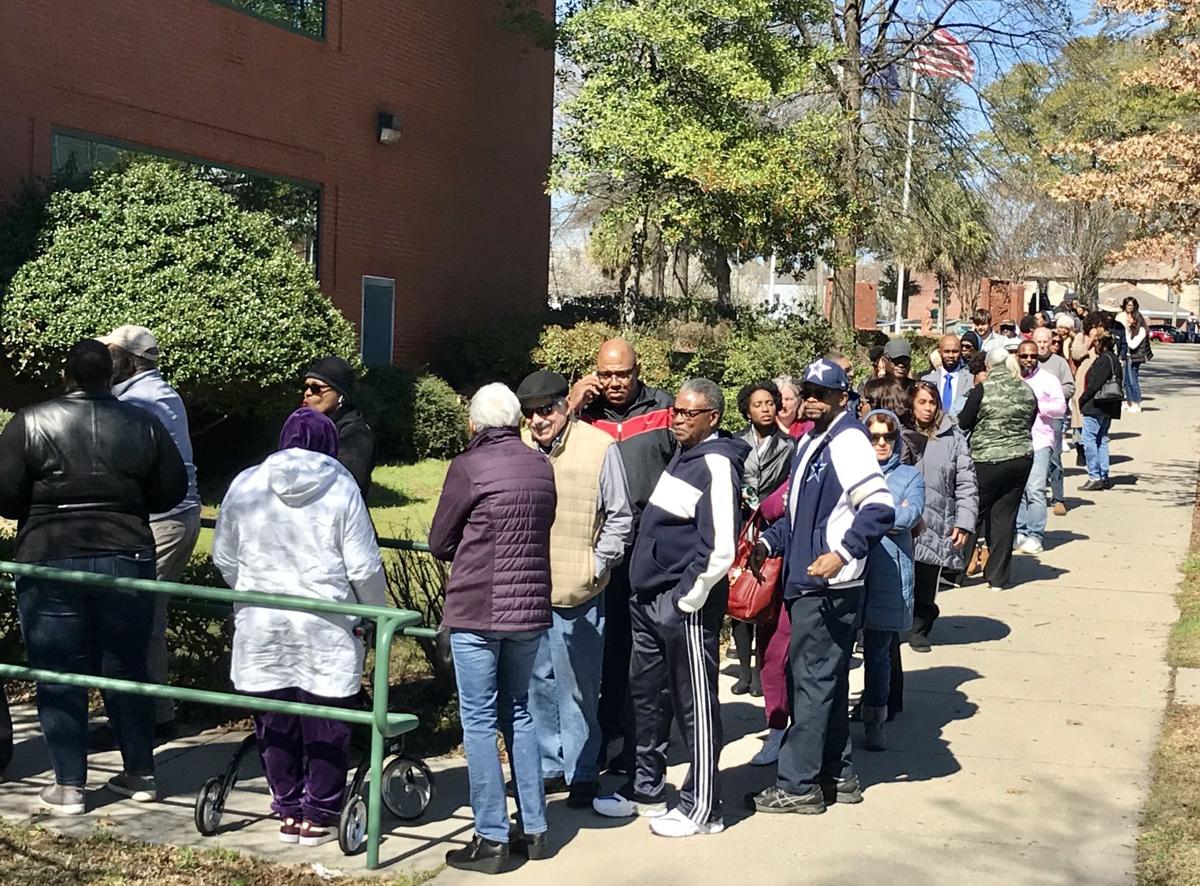 Voters wait outside the Richland County elections office in Columbia to cast absentee ballots in South Carolina's Democratic presidential primary on Thursday. The number of S.C. absentee voters is higher than four years ago. Jessica Holdman/Staff

In a sign of the buzz generated from the 2020 presidential race, absentee voting in South Carolina's Democratic primary surpassed 2016 numbers Thursday and could surge even higher.

Long lines have formed outside election offices in Charleston and Columbia with voters waiting to cast ballots. Close to one-third of S.C. absentee ballots were cast in the final two days of the 2016 Democratic presidential primary, according to S.C. Election Commission data.

The number of absentee ballots cast statewide passed 56,000 on Thursday, two days before the presidential primary. That was 50 percent higher than at the same point in 2016, according to election commission statistics.

After Iowa debacle, SC election officials assure 2020 primary on track: 'We've got this'

Absentee voting in Charleston County, a major area for Democrats in South Carolina, already surpassed its 2016 total with more than 6,000 ballots cast. Richland County, another Democratic stronghold, was approaching its threshold from four years ago with close to 7,000 absentee votes.

While voters in Charleston were willing to stand in the rain to vote, the wait at the main Richland County election office in Columbia was about 30 to 45 minutes. Jackie Leverett of Blythewood came out to vote absentee for former Vice President Joe Biden because she works all day Saturday.

"I just think this is an important election," Leverett said. "There's a lot riding on the line, and I want to actually use my privilege to vote."

Kevin Morrison of Columbia said he chose to vote absentee to avoid any long lines that may form Saturday. He has voted absentee in previous elections for that same reason.

Morrison plans to vote for Biden: "I think he can return the country back to its normal state."

"Most of the voters are new to it, so they're learning," he said. "It does take a little longer, overall, but now there is a paper trail."

The new machines give voters a paper record of their ballot after they are done casting votes on a electronic pad. Voters then place the paper ballot into a scanner for counting.

The state is not expecting delays in tabulation on primary night even if larger counties like Charleston and Richland need to re-scan ballots, Whitmire said.

But Whitmire is concerned about possible vote-reporting delays during the general election in November, when many more voters turn out.

A bill passed in the state Senate that would allow the process to recount of absentee ballots to start on the day before election day.

Jessica Holdman and Thomas Novelly contributed to this report