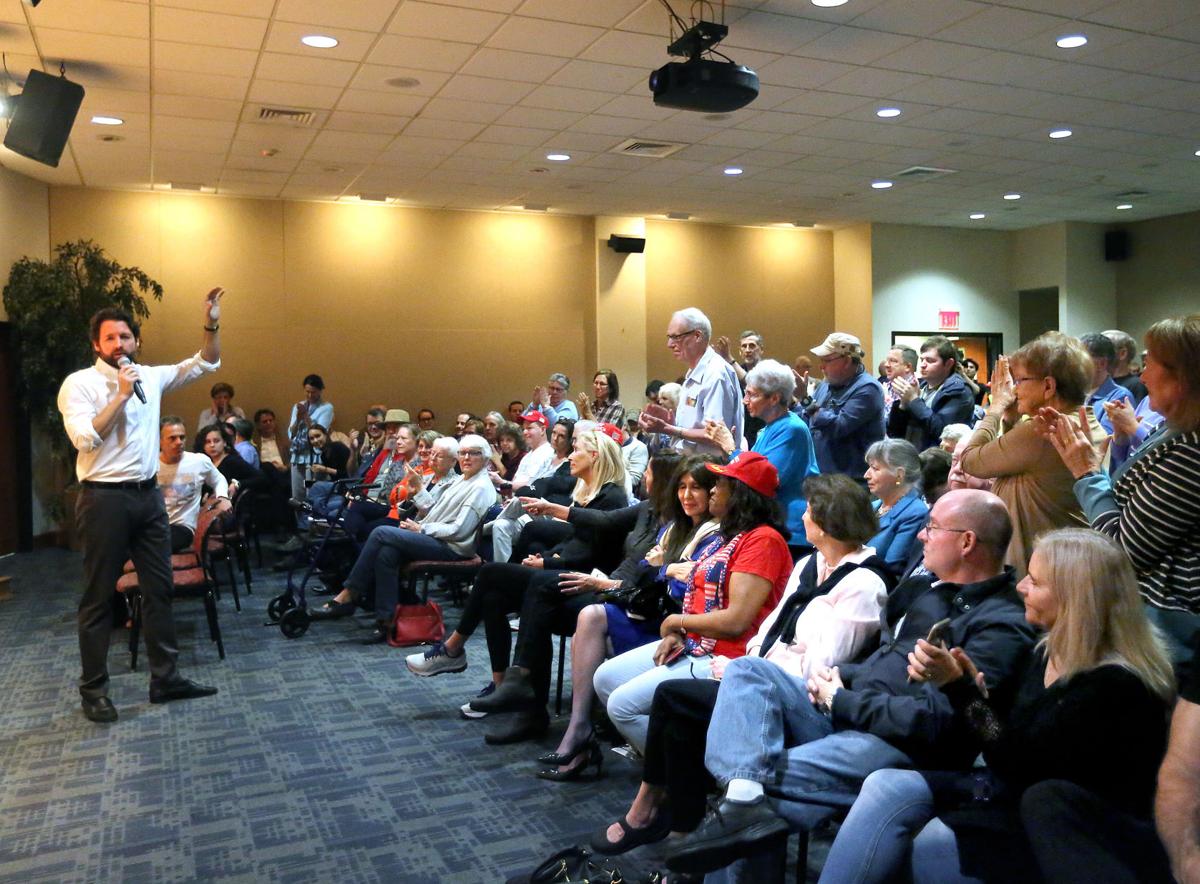 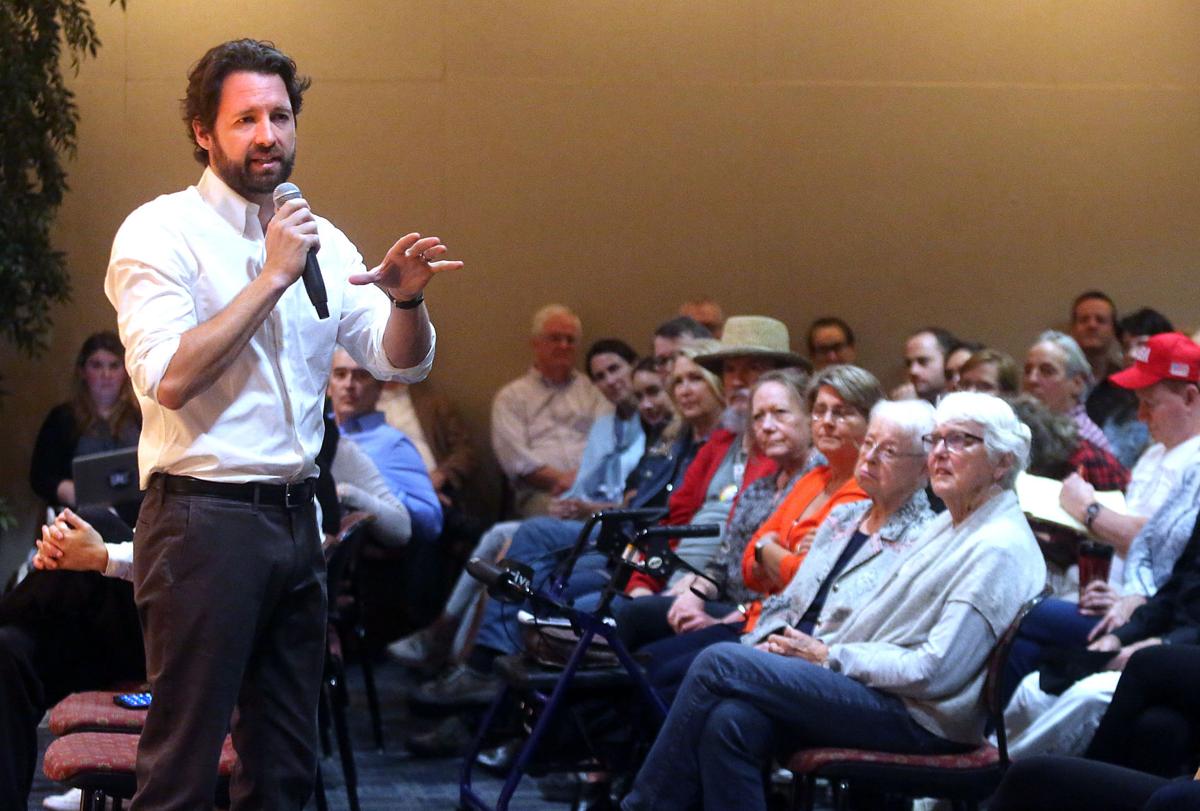 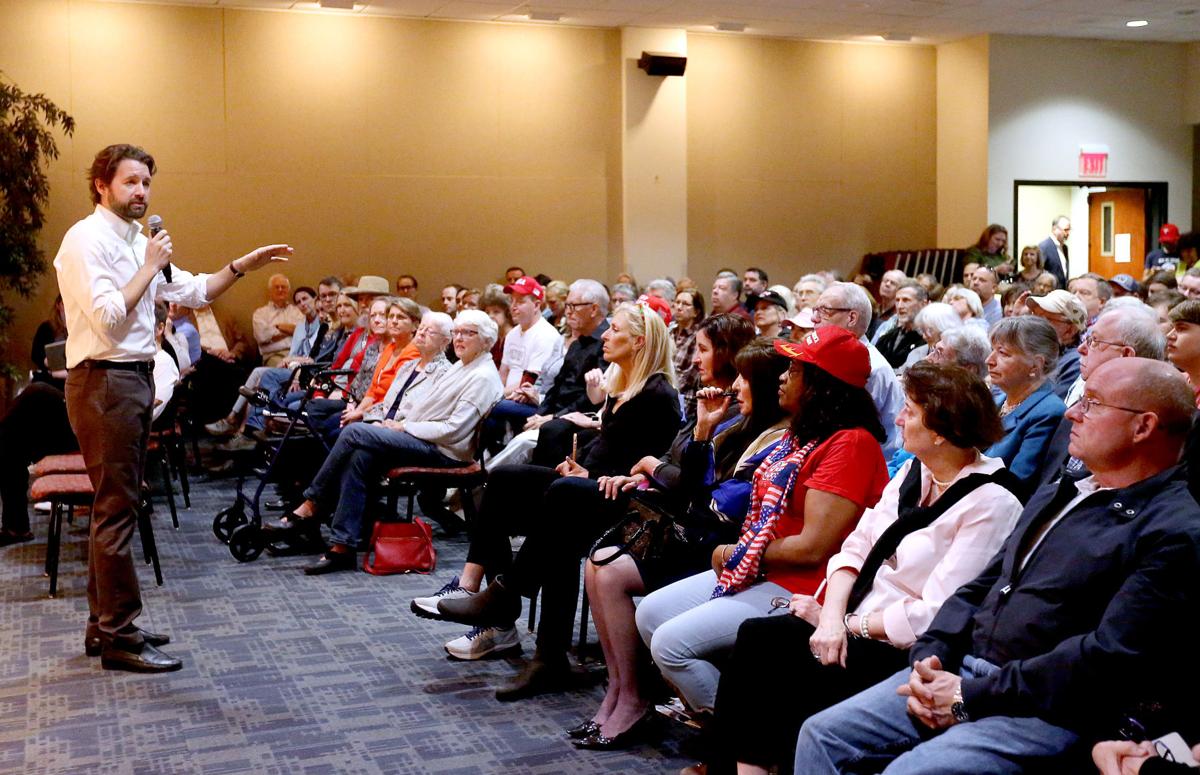 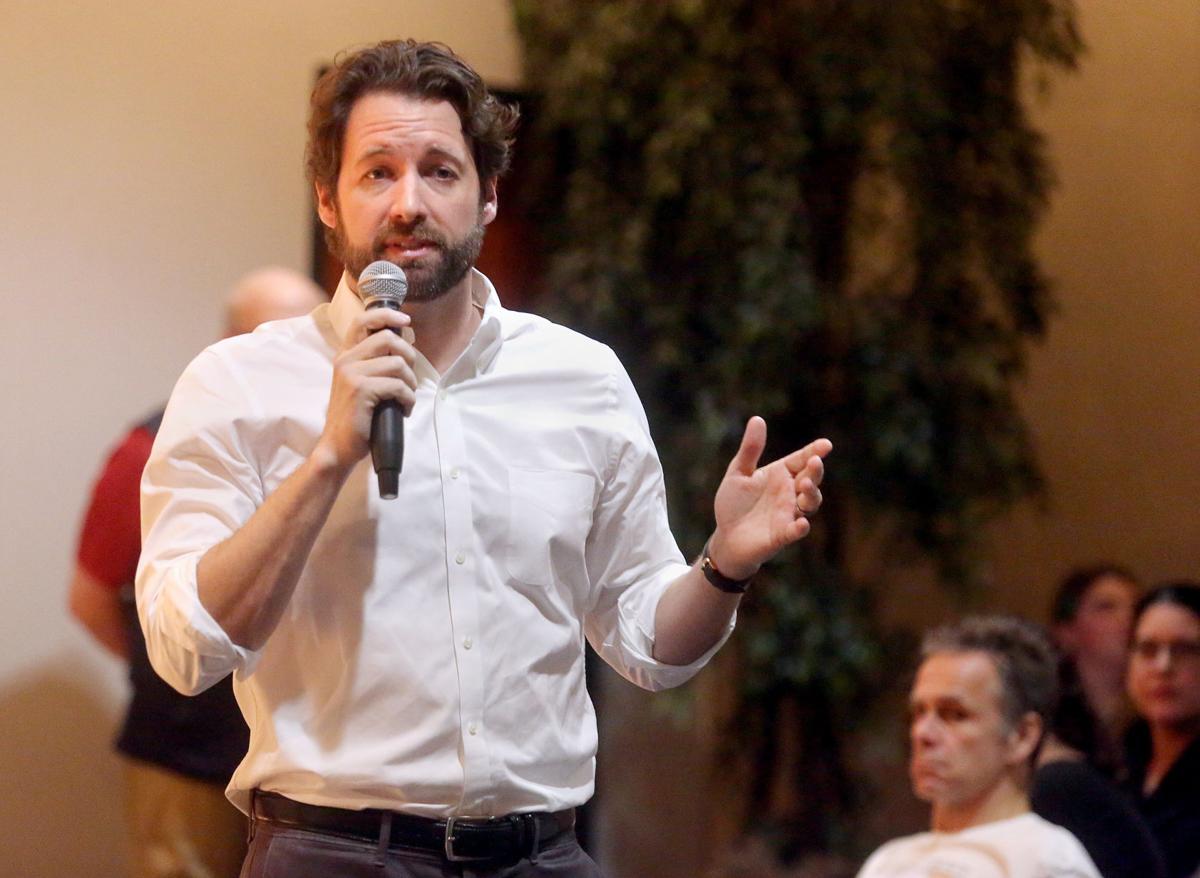 U.S. Rep. Joe Cunningham received a standing ovation in his South Carolina congressional district Saturday at a town hall where he defended his vote to impeach President Donald Trump.

The Charleston Democrat said he had to be able to tell his son that no one is above the law.

But while dozens stood to applaud Cunningham, a small contingent of Trump supporters stayed seated. For the duration of the hour-long meeting they challenged Cunningham repeatedly.

"What law did he break?" one man cried out.

Acknowledging the shouted question with a quick nod, Cunningham tried to reframe the argument with a different cast of political characters.

"If it was President Obama," Cunningham began as some of the 200 audience members tried to hush dissenters in the crowd.

"If there was aid that was allocated by Congress to Israel, and President Obama told the president of Israel that we're not releasing that aid until they go on CNN and announce an investigation into President Trump, that would be illegal," he said. "That would be an abuse of power and I would hope that we would impeach the president the same."

"It wouldn't come down against Democrat and Republican. It comes down to rule of law," Cunningham told the audience at the downtown Charleston County library main branch.

Before his staff drew any of the audience-submitted questions from a large glass fishbowl, Cunningham highlighted issues he has championed in Washington, including a bill to ban offshore drilling off the Eastern seaboard and a bill to extend medical benefits for Vietnam veterans exposed to Agent Orange.

He gave U.S. Sen. Lindsey Graham, R-S.C., credit for the fishbowl idea. He praised his predecessor, former Republican congressman Mark Sanford for writing Facebook posts about why he voted the way he did.

The first question asked Cunningham why he voted against a war powers resolution ordering the president to stop the use of military force against Iran unless he obtains approval from Congress.

"For the most part, this resolution is mainly symbolic and I voted against it. I was one of, I think, only eight Democrats who voted against it," Cunningham said, drawing a few claps and some low-rumbling boos.

Cunningham was one of the freshmen who helped Democrats win control of the House in 2018 when he flipped the longtime GOP-held 1st District that Trump carried by 13 percentage points in 2016. Already he has drawn more than five Republican challengers for 2020.

"I wanted to know why he is voting like a Democrat. I want him to be more bipartisan" said Walters, who wore a pink Trump hat to the event. "I know he's a Democrat, but he should be more representative of us and our views."

After the event ended, the discussion continued in the library parking garage, where Dick Foreman and his wife, Ginny, found themselves analyzing the congressman's responses with Ron Alexander, who also attended the town hall.

"Dialogue is about having a conversation. Discussion is about dissing and cussing," Alexander said. "That was dialogue."