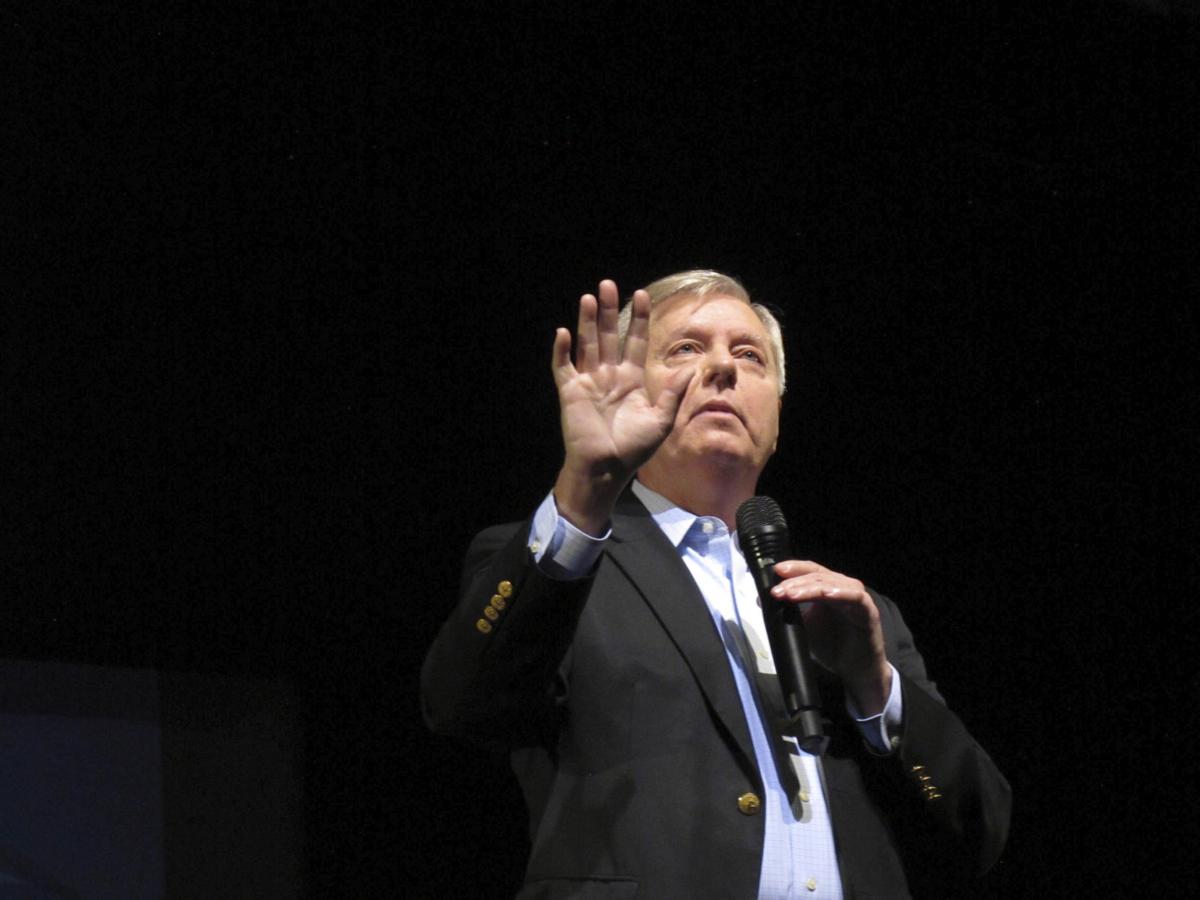 U.S. Sen. Lindsey Graham, R-S.C., speaks at a town hall in Clemson on Saturday, March 4, 2017. Graham told the rowdy crowd of 1,000 people who packed a theater at Clemson University that he isn't sure what the Republican health care plan is, but he remains against a single-payer system. File/Jeffrey Collins/AP 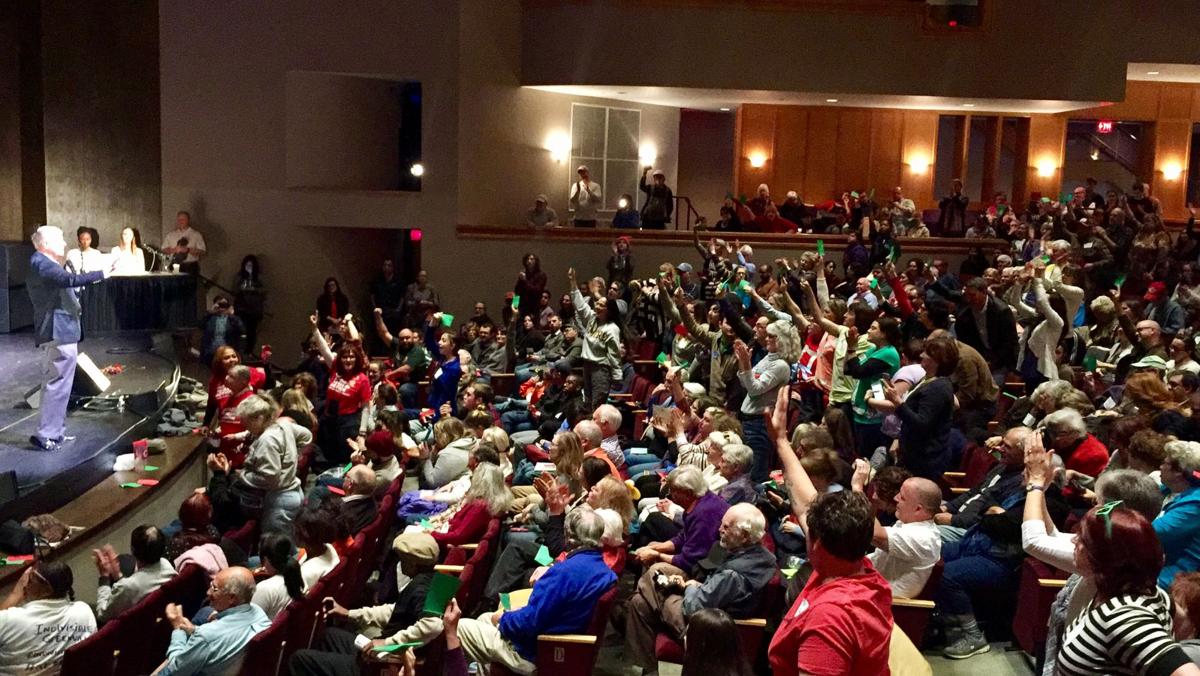 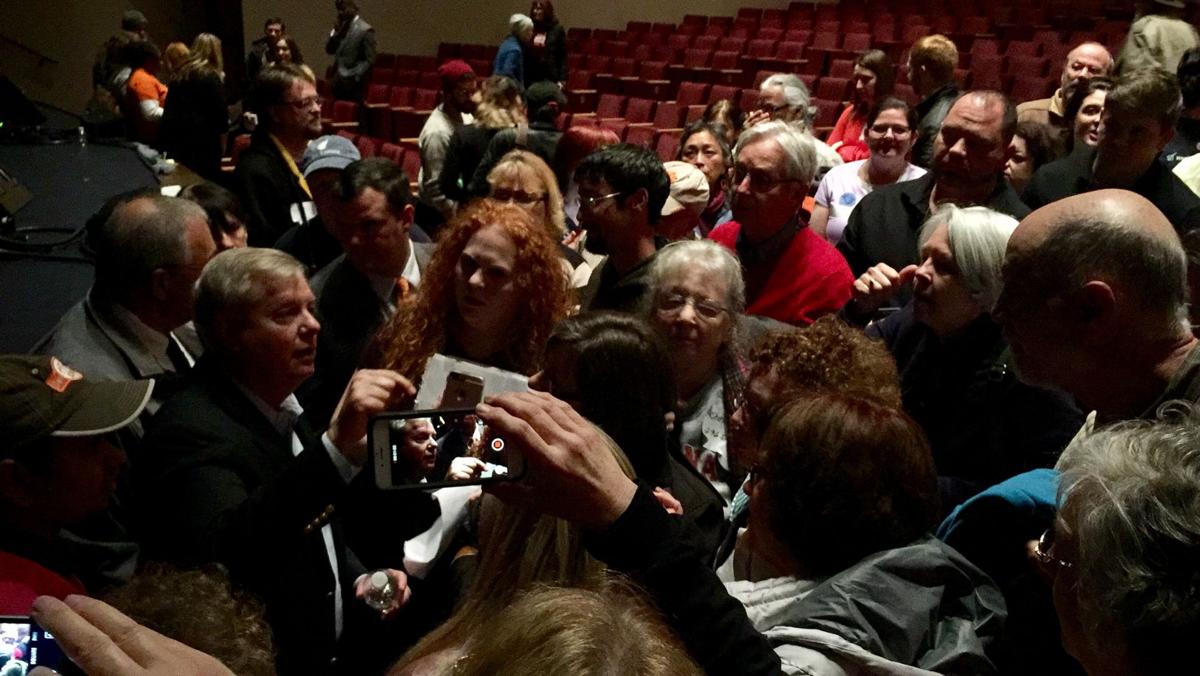 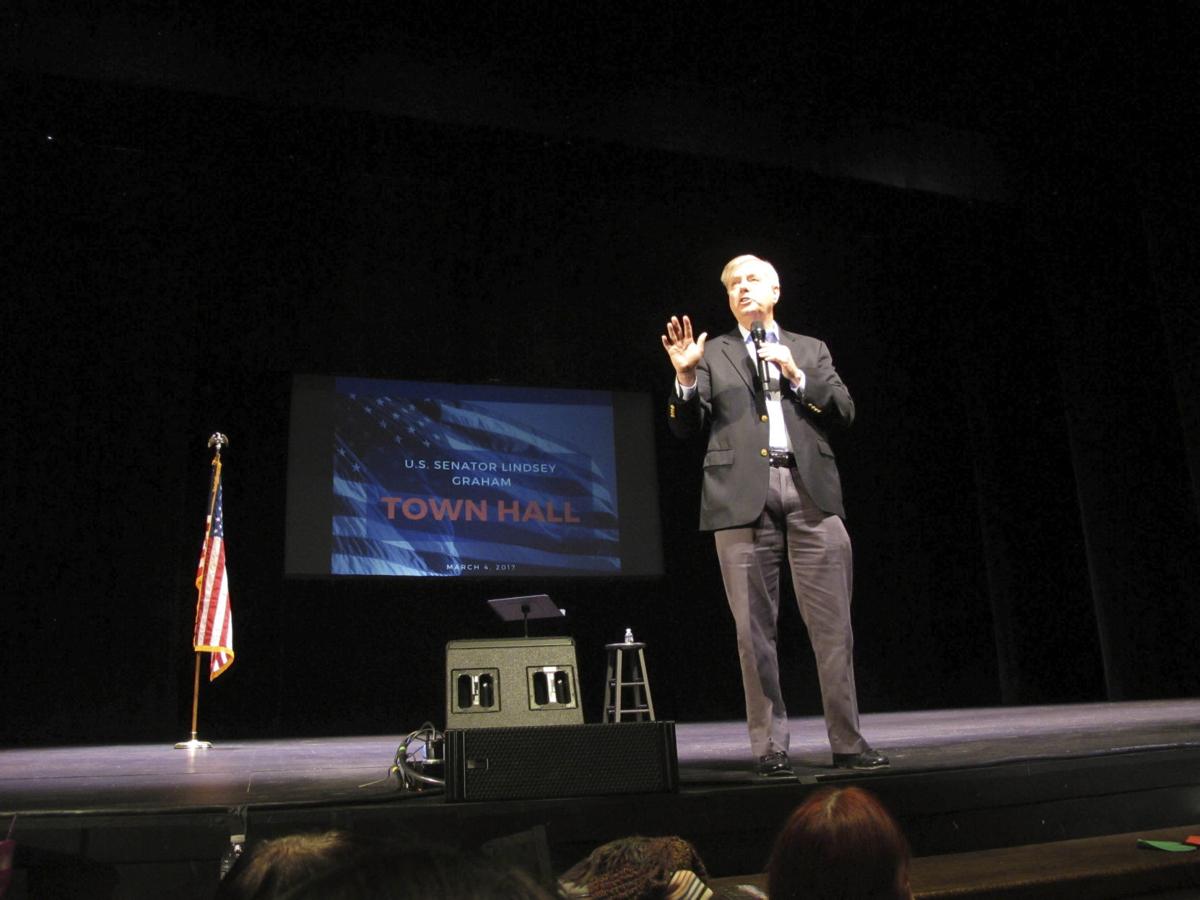 U.S. Sen. Lindsey Graham, R-S.C., speaks at a town hall in Clemson, South Carolina, on Saturday, March 4, 2017. Graham told the rowdy crowd of 1,000 people who packed a theater at Clemson University that he isn't sure what the Republican health care plan is, but he remains against a single-payer system. (AP Photo/Jeffrey Collins)

U.S. Sen. Lindsey Graham, R-S.C., speaks at a town hall in Clemson on Saturday, March 4, 2017. Graham told the rowdy crowd of 1,000 people who packed a theater at Clemson University that he isn't sure what the Republican health care plan is, but he remains against a single-payer system. File/Jeffrey Collins/AP

U.S. Sen. Lindsey Graham, R-S.C., speaks at a town hall in Clemson, South Carolina, on Saturday, March 4, 2017. Graham told the rowdy crowd of 1,000 people who packed a theater at Clemson University that he isn't sure what the Republican health care plan is, but he remains against a single-payer system. (AP Photo/Jeffrey Collins)

Graham said it would be upsetting if a judge had a reason to grant a warrant to monitor Trump's phone lines.

It would be equally upsetting, he added, if Barack Obama's administration tapped Trump's lines illegally in the month before the election.

Either way, Graham said he wanted to get to the bottom of it.

In a rare town hall in a season of national town hall showdowns, Graham, R-S.C., came to his home turf at Clemson for his first such appearance in the aftermath of Trump's election.

The forum came as pressure continues to mount against Republican members of Congress, largely by those upset by the November election results.

"People came here thinking if you yell at me enough, I'm going to stop being a conservative," Graham said, trying to bring some levity. "I'm not."

The crowd, which at times bordered on becoming out of control, consisted almost completely of people who oppose Trump's policies and are concerned with the direction he's taking the country.

Graham fielded multiple questions, laying out his stances on diverse topics including the environment, Trump's alleged ties to Russia, the president's refusal to release his tax returns, and his support of U.S. Secretary of Education Betsy DeVos.

"I thought she was qualified," he said of voting to confirm DeVos. Graham said he believes since Trump won the presidency, he has the right to appoint the Cabinet of his choice.

Many responses drew loud boos from the crowd members, who held either red or green slips of paper in the air to show approval or disapproval with what Graham said.

Attendees said they thought Graham handled the town hall well for the most part, with the senator from Seneca at times forcibly plowing through his responses despite being drowned out the crowd.

But at times he also seemed patronizing, Marsha Wallace of Greenville said.

She and others cited Graham's comment on the investigation into Russia's possible interference in the presidential election.

"It's really important that we get this right," Graham said. "But most of you don't care about getting it right, you just want to get Trump."

"And that to me was insulting because we're all here because we care," she said.

But Graham said he and the crowd had some similarities, including his position on climate change, his support for a free press and his desire to investigate Russia's role in the 2016 election.

And that wasn't it.

"You know what I have in common with some of you?" Graham said. "I didn't vote for Trump either. I voted for Evan McMullen (who ran as an independent). And I wouldn't know him if he walked on the stage."

Simpsonville resident Becky McCrary said it was important for Graham to hold town hall events in person, as opposed to some lawmakers who have done forums remotely by phone or social media platforms.

"It's about conveying to him not just our concerns, but the emotions behind our concerns," she said. "It isn't just a question, it's a story behind every question. You need to be able to get eyeball to eyeball to say 'not only am I concerned about this topic, but this is why.' "

McCrary said she had hoped to ask Graham about his position on Planned Parenthood, and share her story of how corrective surgery enabled her to have children.

McCrary said she comes from a family of veterans, including her son. She said Graham helped her son after he had a botched surgery at Fort Bragg, but the military wouldn't allow him to have it fixed by a specialist. McCrary said Graham held a congressional hearing that led to allowing her son to have the surgery.

"But, you know, if it hadn't been for Planned Parenthood and the assistance I got from them when i was a young Army wife — I couldn't get the care that I needed from Fort Jackson — I wouldn't have had a son," she said. "And South Carolina and the United States wouldn't have had a Green Beret."

After an hour and a half of fielding questions, Graham came down from the stage to shake hands and hear more concerns.

"The bottom line here, I will be back," he said. "I will come somewhere else in the state. I'll keep you informed. I'm not here to convince you to agree with me. I'm trying to convince you that I'm doing the best that Lindsey Graham knows how when the country's so sideways."

As far as Trump's tweet on being bugged, an Obama spokesman later Saturday denied the claims in a statement.