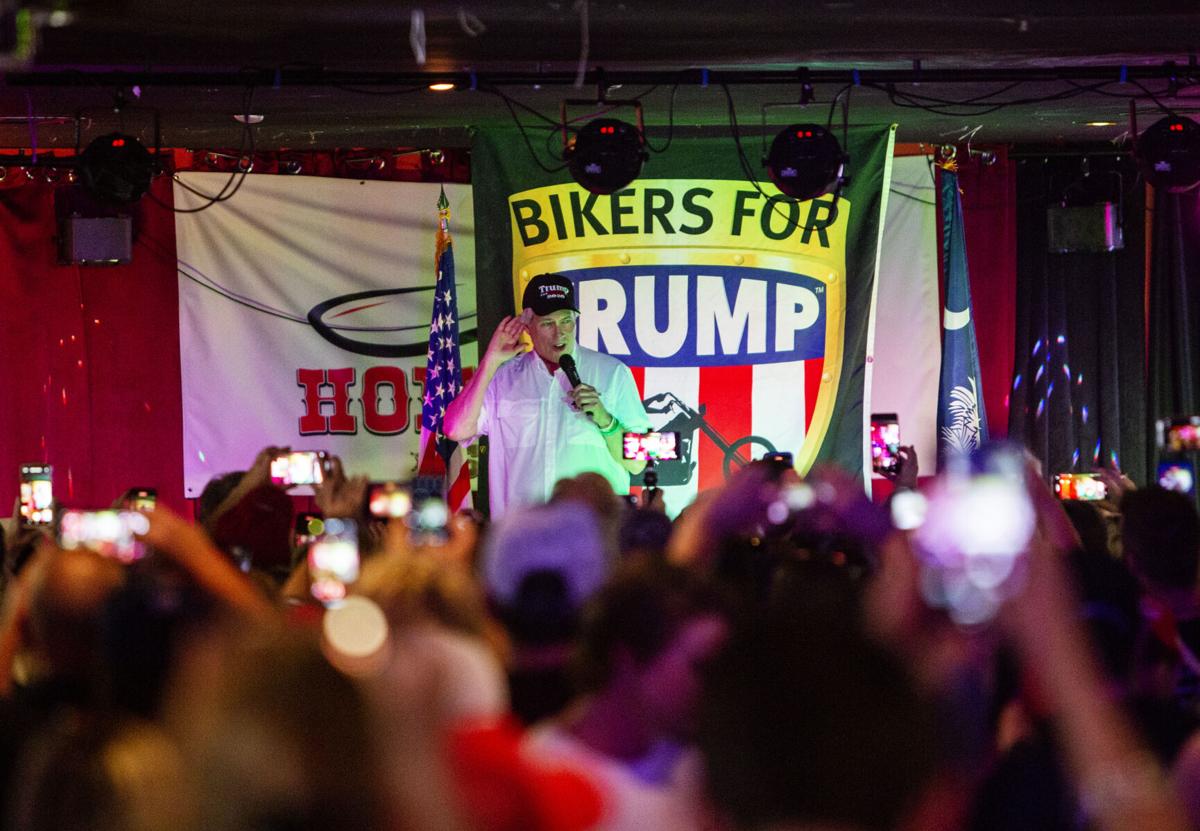 Lin Wood delivers a speech to hundreds of people at a Bikers For Trump rally at the Honkeytonk Saloon on Sunday, May 2, 2021, in Ladson. Wood is challenging incumbent S.C. GOP Chairman Drew McKissick for his position. Gavin McIntyre/Staff 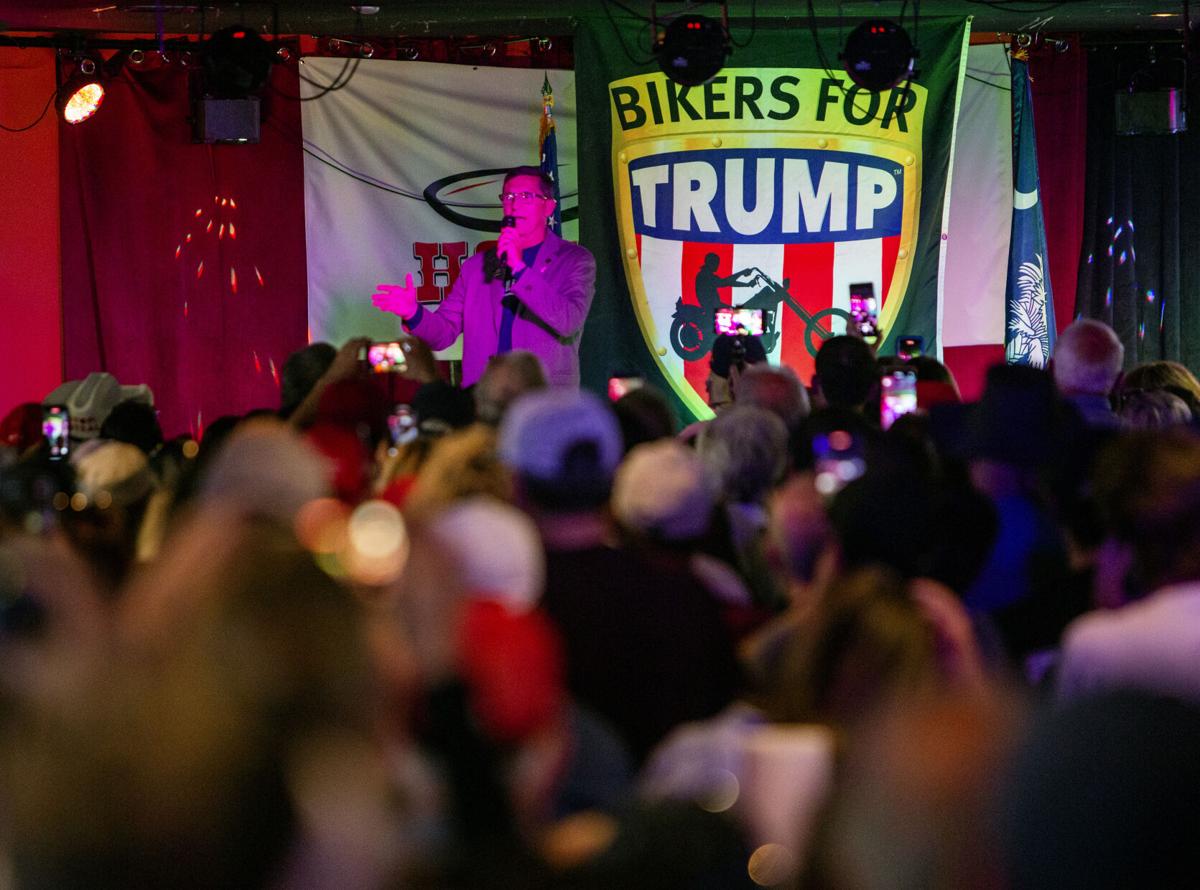 Former Gen. Michael Flynn speaks to a crowd of hundreds at a Bikers For Trump rally at the Honkeytonk Saloon on Sunday May 2, 2021, in Ladson. Gavin McIntyre/Staff

And not only does he want to see new leadership within the state party, Wood said there's a slew of other Republican leaders in the Palmetto State that he'd like to see ousted.

Wood has been making rounds across the state since announcing he had moved to South Carolina from Georgia and would challenge McKissick. He stopped at the Honkytonk Saloon in Ladson on May 2 for a rally with the Bikers for Trump group and former national security adviser Michael Flynn.

At the packed rally attended by hundreds of supporters, Wood accused McKissick of believing the state belongs to an elite establishment and said he failed to fight for former President Donald Trump after the 2020 election.

The last election cycle was a successful one for S.C. Republicans. GOP candidates won an expensive U.S. Senate race, flipped back a congressional seat and expanded majorities in the Statehouse. McKissick even secured an endorsement from Trump.

But while McKissick "went around celebrating how the elite establishment had done so well in South Carolina," Wood said he went to work on Nov. 4 to fight for Trump, who he believes won the presidential election.

In order to continue the fight for Trump, Wood wants the current state GOP leader out of office and any other person who fails to seek an audit to "get the election right." He said that includes Sens. Lindsey Graham and Tim Scott, and former Gov. Nikki Haley.

"South Carolina is going to demand an honest election," Wood said. "You're not going to be cheated again."

McKissick, a longtime conservative activist, has pushed back against Wood, calling him a "carpetbagging RINO (Republican In Name Only)." He previously said Wood is "so far up in bizarro land, he couldn't find his way out with a flashlight and a map." He has suggested Wood be taken back to Georgia.

In his speech in Ladson, Wood pushed the idea of paper ballots, voter identification and fingerprint verification to discourage cheating.

But in addition to election fraud, Wood used his time at the rally to discuss the need to clean up child sex trafficking in Horry County, Charleston and Columbia and a desire to see God placed back into schools and government.

Flynn, who is endorsing Wood, said the delegate vote on May 15 for state GOP chairman should be livestreamed, free, fair and transparent.

He said he is living proof of the back stabbing because for four years, he and his family was persecuted by Washington leaders.

A pardon from Trump last year ended a yearslong prosecution in a Russia investigation where Flynn pleaded guilty twice to lying to the FBI. The Associated Press reported that Flynn reversed himself before the Justice Department stepped in to dismiss his case.

Flynn encouraged the crowd to not let the political leaders cheat.

"The American people got cheated on the third of November," Flynn said. "We got outmaneuvered, we got outsmarted because they don't care. They didn't even care that they got caught."

The issue isn't about Democrats or Republicans but about the country, period, Flynn said.

McKissick and his supporters believe they have secured more than enough delegates for him to win reelection at the state party convention.