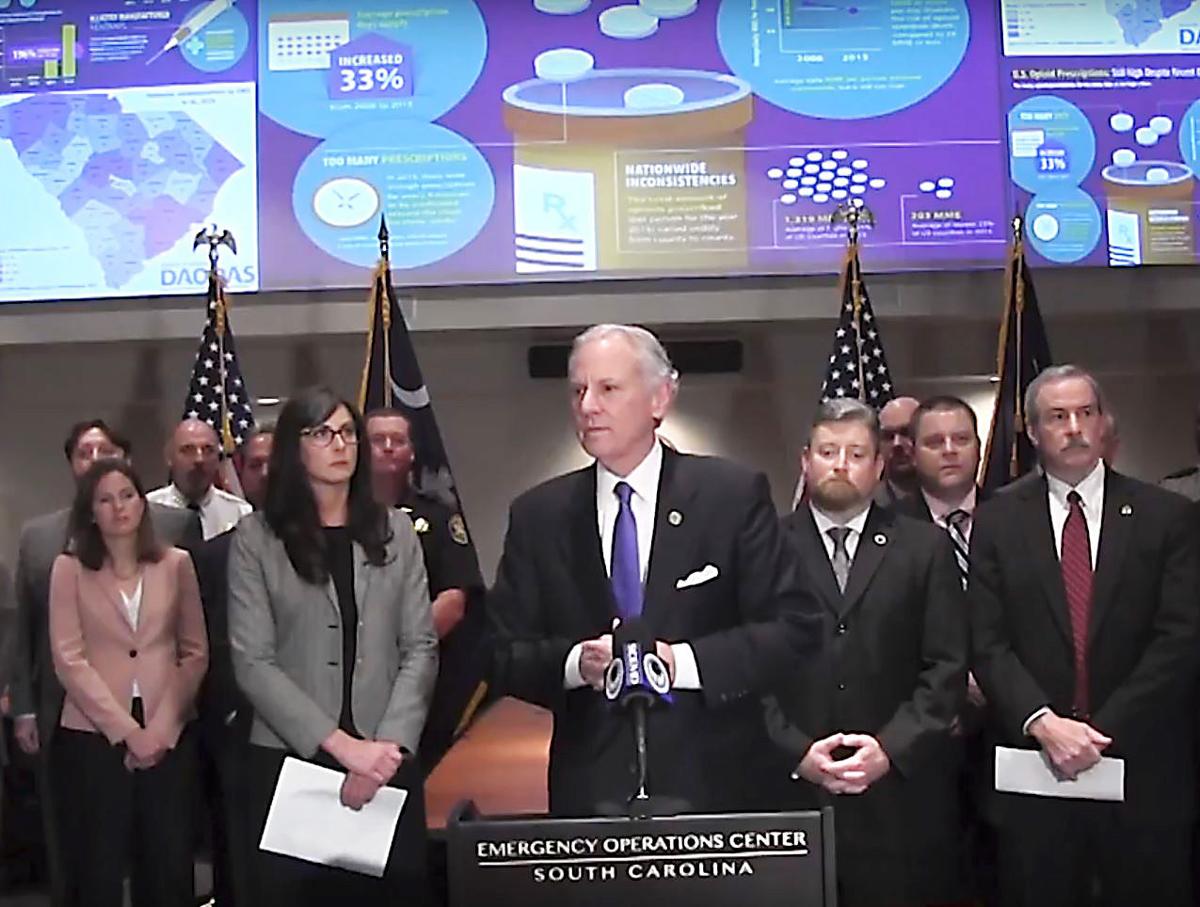 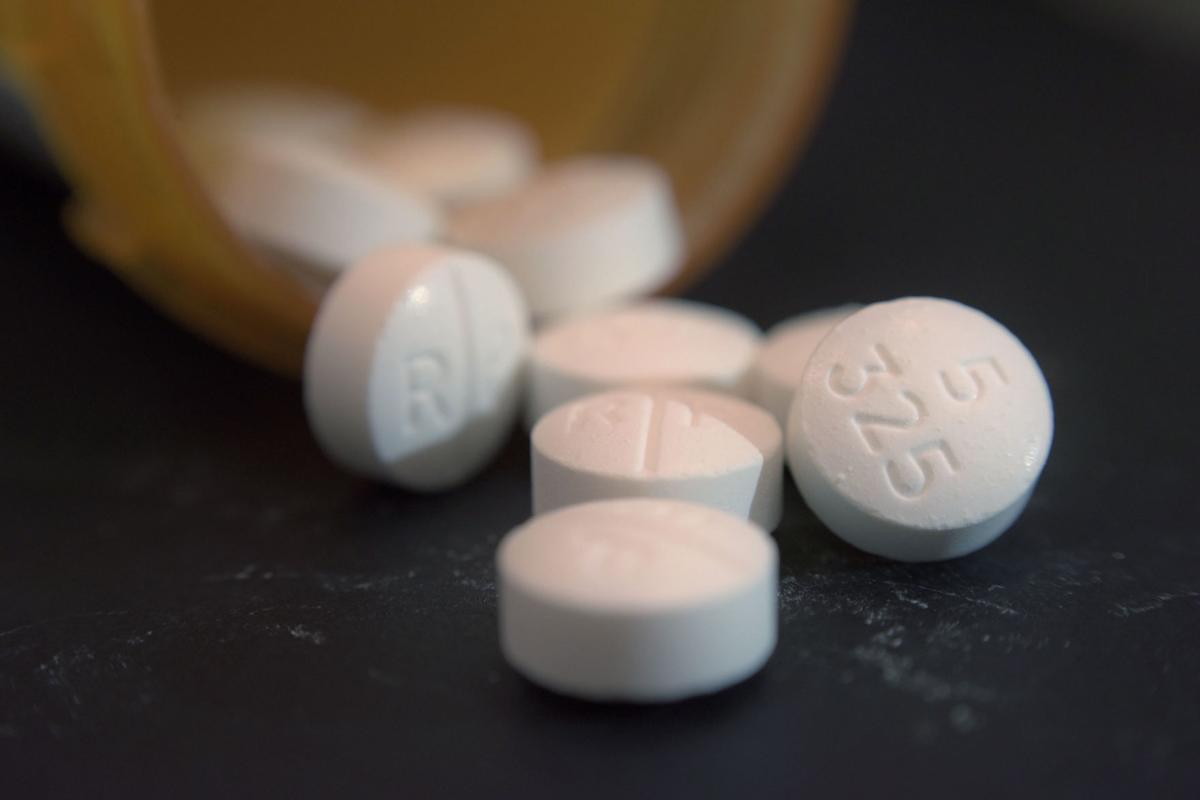 This Tuesday, Aug. 15, 2017 photo shows an arrangement of pills of the opioid oxycodone-acetaminophen in New York. (AP Photo/Patrick Sison)

This Tuesday, Aug. 15, 2017 photo shows an arrangement of pills of the opioid oxycodone-acetaminophen in New York. (AP Photo/Patrick Sison)

"There's a silent hurricane going, and it's getting worse," McMaster said in announcing the creation of an "Opioid Emergency Response Team."

The group, which will meet monthly for the next six months, includes state and federal law enforcement offices, state health and regulatory agencies and health care providers.

The declaration, which is indefinite, expands on existing collaborative efforts and makes them official, McMaster said.

Last year, 616 people died of opioid-related overdoses in South Carolina, or nearly double those who died by homicide or drunken driving. Horry County alone accounted for 101 of those deaths, followed by 65 in Charleston County and 53 in Greenville County, according to the state Department of Alcohol and Other Abuse Services. Opioid deaths in South Carolina increased by 21 percent from 2014 to 2016.

The executive order limits Medicaid patients' initial prescription of codeine, oxycodone or other opioid painkillers — following an operation or hospital stay — to five days. The state's health plan has also agreed to the limit, McMaster said.

Currently, doctors are writing post-operation painkiller prescriptions for up to 90 days, said Sara Goldsby, director of the abuse services' agency.

But people can become addicted in just a few days, McMaster said.

Such long-term prescriptions for short-term pain "opens the door to abuse," he said.

Leaving a hospital with access to so many pills not only sets up the patient for addiction but also fills medicine cabinets with painkillers others in the home could abuse or sell, he said.

Patients could return to the doctor for a new prescription, but the hope is that doctors will accurately assess their patients' needs at the follow-up visit, Goldsby said.

The directive does not affect patients who take opioids for chronic pain issues.

The limitations won't take effect immediately. The executive order gives the state's Medicaid agency until March 1 to develop and publicize the policy's specifics, with implementation following "as soon as reasonable." The policy must allow exceptions for situations involving cancer and serious illnesses.

In 2016, nearly 5 million opioid prescriptions were doled out in South Carolina, roughly matching the state's total population. It's unclear how many were written for chronic versus short-term pain issues.

Since 2015, the State Law Enforcement Division has seen a 650 percent increase, from 45 to 338, in the number of drug cases involving fentanyl — a particularly lethal and addictive opioid — processed in its lab, Chief Mark Keel said.

Rep. Eric Bedingfield, whose eldest son died of an overdose last year, said it's important to remove the stigma surrounding addiction, particularly to opioids, which cause a physical dependence that never completely goes away. His son relapsed after being sober for two years and five months.

"These people who find themselves addicted are not morally corrupt individuals," said Bedingfield, R-Belton, chairman of the House panel, which will issue recommendations next month. "They need assistance. What they seek is help, is relief."

"This doesn't add a penny. This is cooperation," he said.

The new group's first meeting followed McMaster's announcement at the S.C. Emergency Management Division on Monday morning, which will help with coordination and data collection.

In 2014, then-Gov. Nikki Haley similarly created the Prescription Drug Abuse Prevention Council by executive order. It concluded later that year that mandating use of a then-voluntary statewide prescription database was key to combating abuse of OxyContin, Percocet and other opioids.

Legislators followed up by passing a law in May requiring doctors to consult it before writing a prescription.