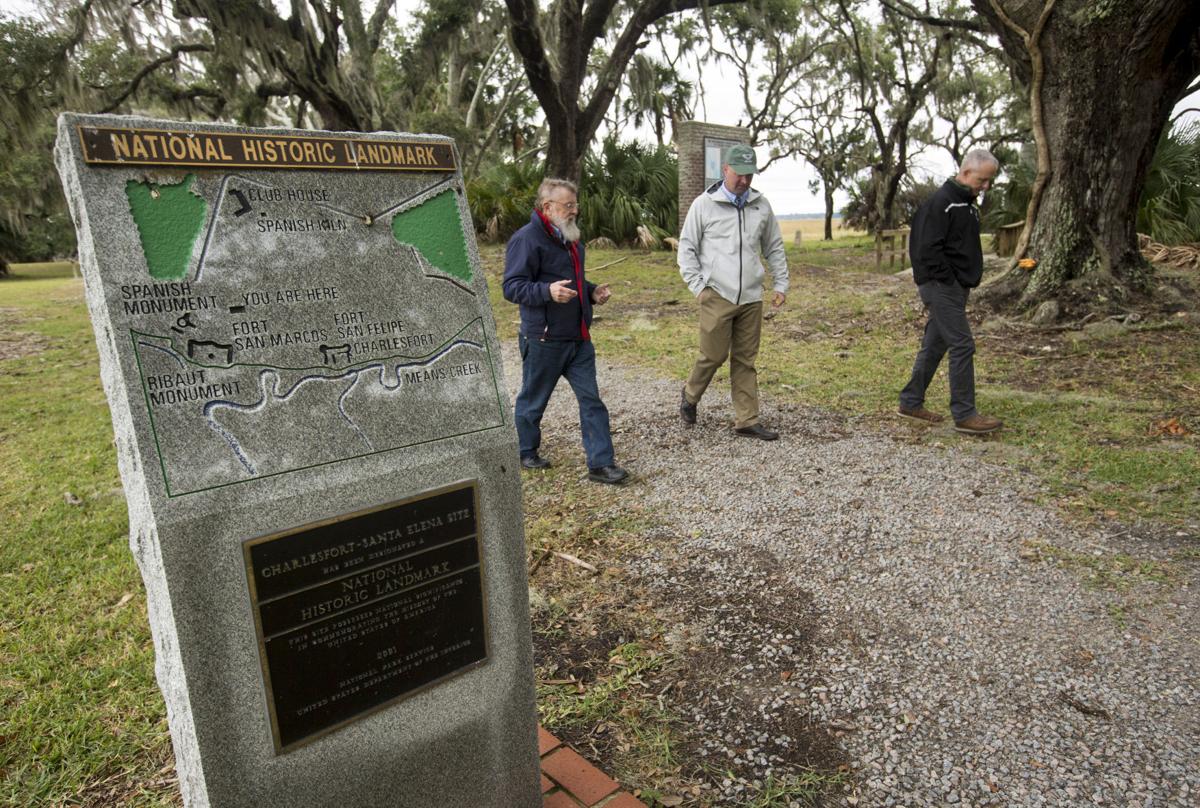 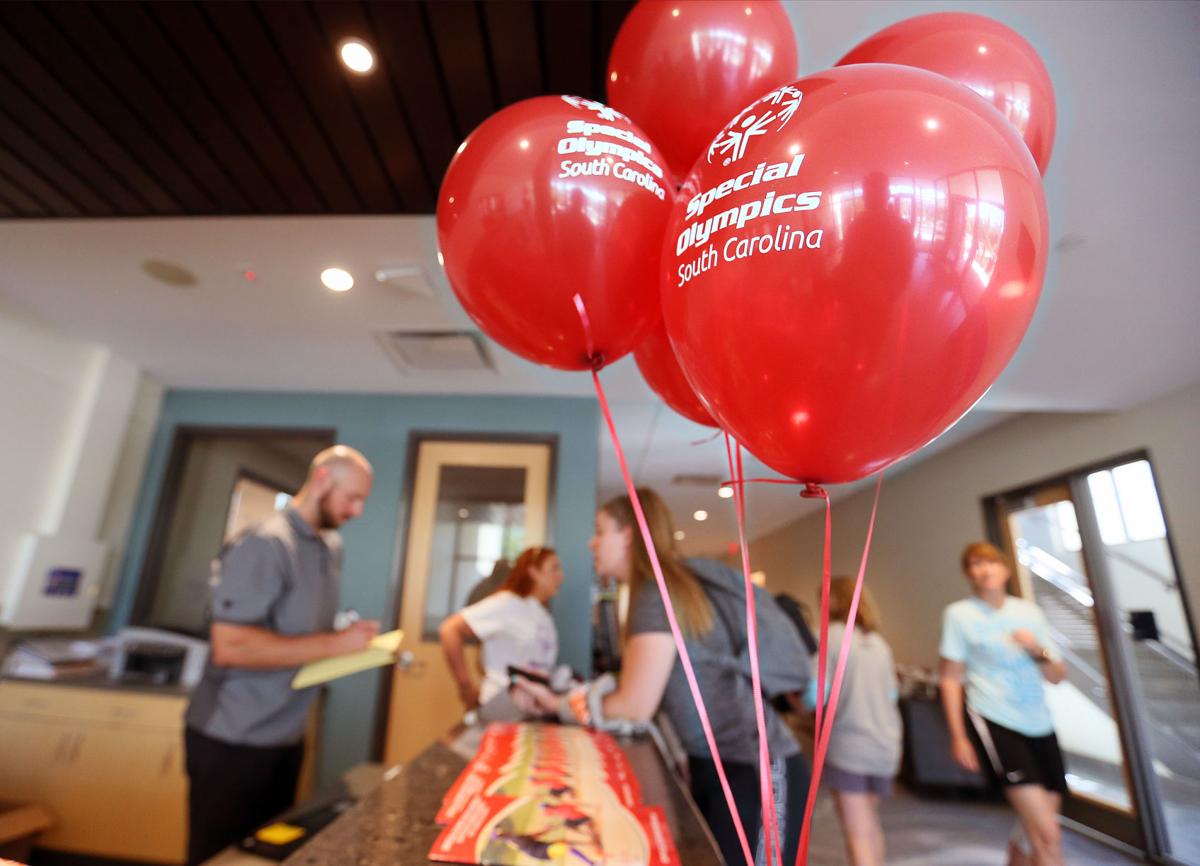 ESPN and CBS basketball analyst Debbie Antonelli succeeded in making 2,400 free throws – or 100 shots every hour – for 24 straight hours this weekend at the Mount Pleasant Town Hall gym to raise money for South Carolina Special Olympics. The Special Olympics received $250,000 through the state budget last year as part of a $4.5 million chunk set aside for "sports marketing grants." Wade Spees/Staff Saturday, May 18, 2019 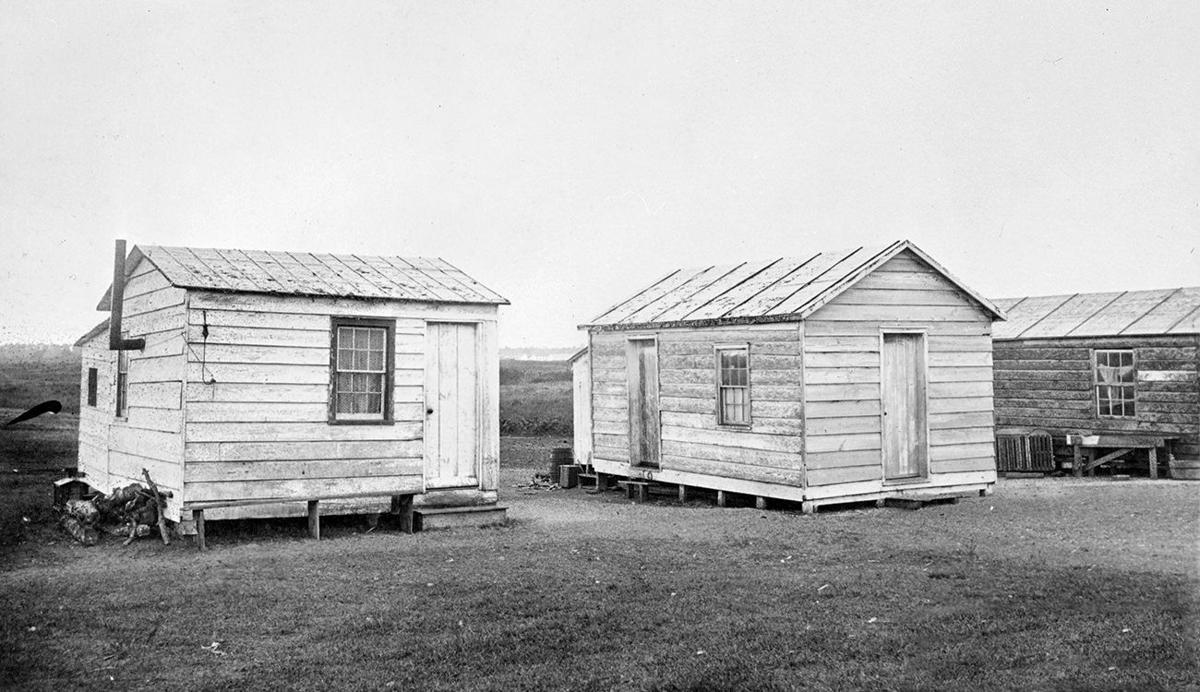 Some of the houses in Mitchelville, where about 3,500 freed slaves built houses, worked for wages, established mandatory education and elected a government. The initiative is among items getting preservation money through the state budget.

ESPN and CBS basketball analyst Debbie Antonelli succeeded in making 2,400 free throws – or 100 shots every hour – for 24 straight hours this weekend at the Mount Pleasant Town Hall gym to raise money for South Carolina Special Olympics. The Special Olympics received $250,000 through the state budget last year as part of a $4.5 million chunk set aside for "sports marketing grants." Wade Spees/Staff Saturday, May 18, 2019

Some of the houses in Mitchelville, where about 3,500 freed slaves built houses, worked for wages, established mandatory education and elected a government. The initiative is among items getting preservation money through the state budget.

Which ones? Even most legislators don't know.

Each earmark for a local project should be listed separately, not rolled up into vaguely worded chunks of spending "thereby sheltered from scrutiny," he wrote repeatedly in his veto message.

It "goes to fund and preserve historic sites and buildings throughout the state," Ways and Means Chairman Murrell Smith, R-Sumter, said on the House floor in asking for a veto override.

Frustrated in not knowing what she was voting on, freshman Rep. Krystle Simmons wanted details. The House had already overridden $200,000 for "historic building preservation" with similar explanation.

"Could you be a little more specific about which historical sites we’re preserving?" asked the Ladson Democrat.

"This is just part of the process" of getting a budget passed, Smith said regularly as legislators rolled through the vetoes. Translation: Reaching a budget compromise requires the House to accept certain spending senators insist on — and vice-versa.

Explaining the need for $6.5 million in "sports marketing grants," House Majority Leader Gary Simrill said they go to events like the bass fishing tournament in Lakes Marion and Moultrie north of Charleston.

"They're smaller events in South Carolina but very important to the people who live in those areas who are South Carolinians," the Rock Hill Republican told lawmakers before the 92-14 vote to override.

Precisely what the "sports" grants will fund over the next year is unclear.

Events funded by last year's $4.5 million handed out by legislators included $50,000 for the black cowboy festival in the tiny Sumter County town of Rembert, $100,000 for Columbia ballet, $300,000 for a dock in Bluffton, $500,000 for a 5-mile trail in Lancaster and $875,000 for a YMCA in Oconee County, according to state Parks, Recreation and Tourism Department, which dispersed the sports grants.

Officially, the money McMaster vetoed goes to state agencies, but they dole it out according to legislators' wishes. Agencies find out what the money's for after the fiscal year starts July 1.

Most of the earmarks are funded by budget surpluses — money that came into state coffers above last year's projections. A listing of what legislators want funded through those vague items won't be made public until after the accounting books are closed on the fiscal year that ends Sunday.

The money for historic preservation, as well as $2 million for "community development grants," will flow through the state Department of Archives and History. As of Thursday, Director Eric Emerson knew only what he'd been told in phone calls and an email following the one-day veto session from the organizations looking to collect.

The $2 million for community grants actually has nothing to do with preserving history or culture, even though that was the brief explanation given on the floor Tuesday. That money will be split among local economic development organizations to help create and preserve jobs in poor, rural communities. It's the last chunk of a $5 million initiative the Legislature authorized in 2000, then didn't fund for years. Previous grants went toward loans to small business start-ups, job training and affordable housing programs, said Bernie Mazyck, president of the S.C. Association for Community Economic Development, which will help oversee the grants.

Three of the funded preservation projects were requested by from Sen. Tom Davis, R-Beaufort: $150,000 to preserve Mitchelville on Hilton Head Island, America's first community of freed slaves founded in 1861; $100,000 for archaeological digs of the Spanish town of Santa Elena on Parris Island, North America's first colonial capital; and $50,000 to tell the history of Reconstruction-era sites in Beaufort County. All three projects also were funded in last year's budget.

Davis argues what the money's for is no secret, as he and his colleagues submitted plenty of paperwork to Senate budget writers.

"It's not like it’s a slush fund and can be spent on whatever," Davis said. His one-time boss, former Gov. Mark Sanford, railed so much against spending state taxes on local projects that legislators created a separate fund outside the budget for such spending, which was eventually closed as Sanford consistently opposed it as a slush fund.

Davis said McMaster has a fair point. Lawmakers should provide a list of funded projects to the governor's office, he said.

"There’s a disconnect between the specificity applicants need to provide and what’s included in the (budget) sent to the governor," Davis said.

Legislators know where the money's going, he said.

Asked if he knew, Sen. Dick Harpootlian said, "I have no idea."

"It's not transparent, clearly," said the freshman Columbia Democrat, who plans to dig into the budget process next year. Like Simmons, he doesn't sit on his chamber's budget-writing committee.

"We've got these projects every senator wants for their constituency," he said. "I don’t think any senator got a big chunk of dough, but they are earmarks. They’re just not publicly seen."

He countered that the budget provides McMaster and his Cabinet agencies — particularly Commerce, which doles out money to attract industries — many times the amount the veto message complains about to spend "in very obscure ways" for which legislators aren't consulted.

"All this begs for more transparency on everybody’s side," Harpootlian said.

"We did a number of good things with the bulk of the money," he said, rattling off a budget list that includes teacher and employee raises. "You’re talking about a small portion of the $9 billion. ... But it's huge, huge to the average citizen out there."

Vetoes easily overridden by the S.C. Legislature on Tuesday included about $27 million worth of local projects grouped together in vaguely worded chunks and funded through the following state agencies:

While it's not yet known what organizations or events the earmarks in this year's state budget will fund, here is a look at what some of those same pots of money in last year's budget paid for and the legislators who requested it:

*The agency has not yet received a completed application, so the money hasn't been spent yet

• $250,000 to The Community Foundation of the Central Savannah River Area for a railroad museum

• $100,000 to Laurens County for courtroom renovations

• $70,000 to Jasper County for patrol vehicle, radios and equipment for school resource officer

State legislators restore $2.7 million to the budget to sink historic submarine off South Carolina's shores to create an artificial reef.