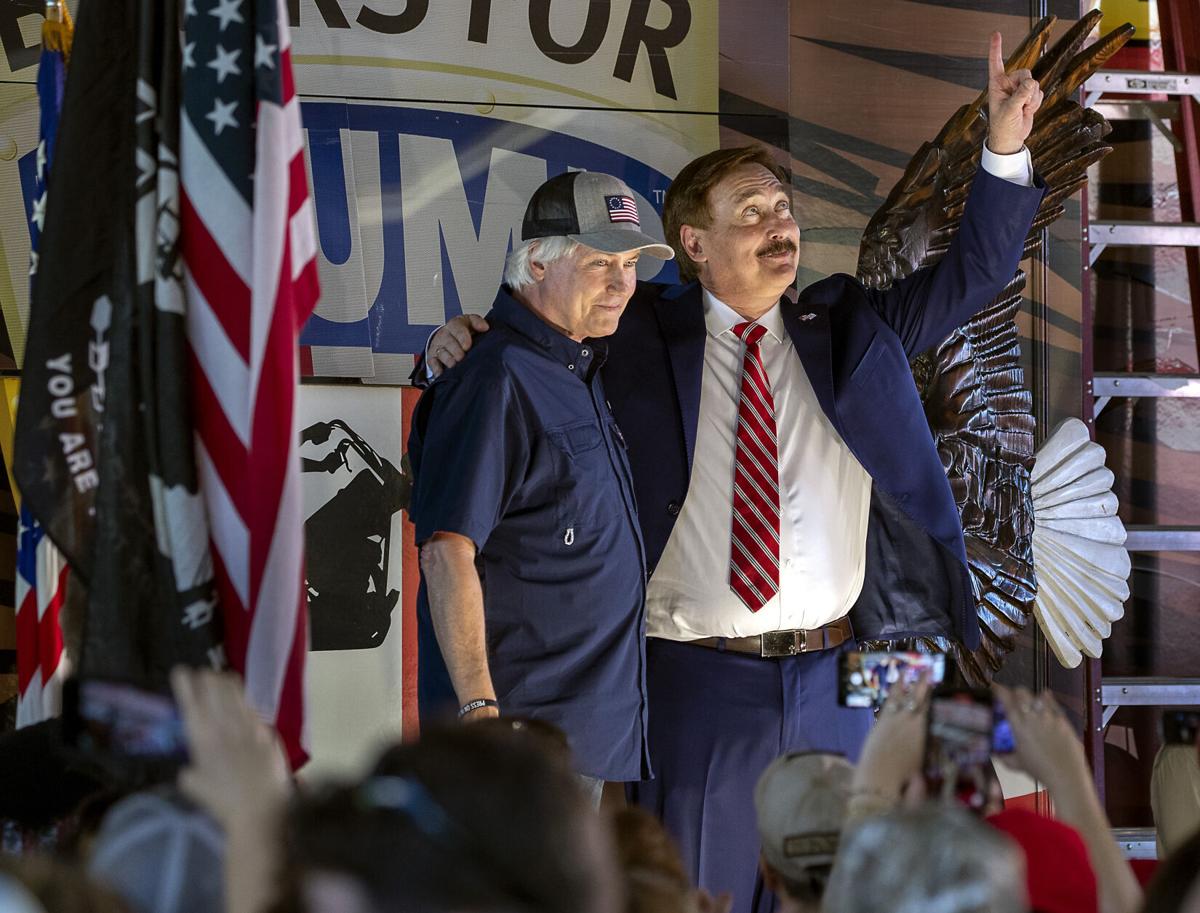 Lin Wood and Mike Lindell joined together at an event held by Bikers for Trump in Mount Pleasant on May 9, 2021. Grace Beahm Alford/Staff 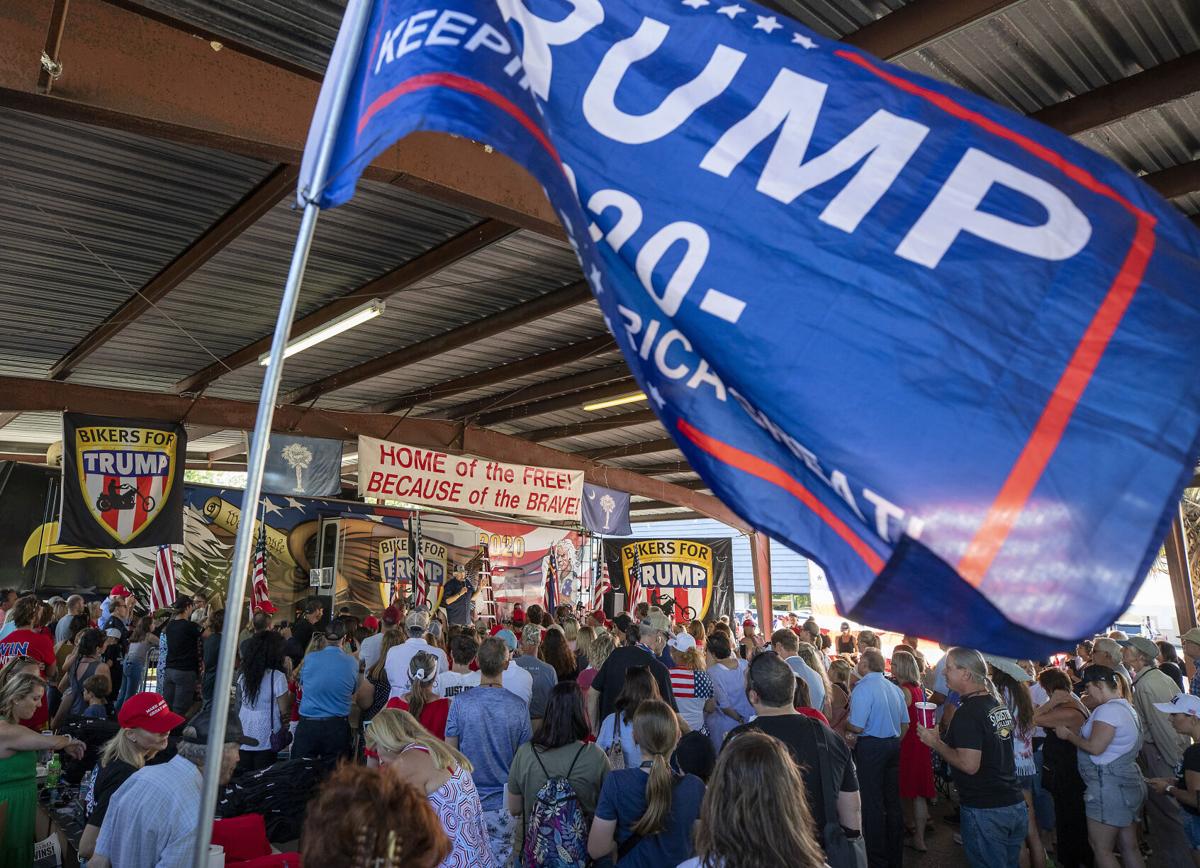 Lin Wood addresses the crowd gathered at the Bikers for Trump event in Mount Pleasant on May 9, 2021. Grace Beahm Alford/Staff

Wood and Lindell's appearance was organized by Chris Cox of Bikers For Trump. In an attempt to draw a crowd for the May 9 event, the group gave out 250 of Lindell's signature pillows and held a raffle for a queen-sized pillow top mattress.

"What better way to salute our moms then with a good night's sleep?" Cox asked the crowd before introducing Lindell and Wood to the stage.

The advertising worked. Hundreds of people showed up to the rally off Coleman Boulevard and brought with them signs that read "Win With Lin."

Motorcycles were decorated in American flags and there were souvenir newspapers with a front page that declared "Trump Wins."

Overall, the event showcased Wood's attempt to rally support for his GOP leadership bid by using fringe celebrities such as Lindell. Notably, some in the crowd didn't know Wood is running for SC GOP chairman and few in attendance were delegates to the state Republican Party convention coming on May 15.

Wood faces current party Chairman Drew McKissick in the election; McKissick and his supporters believe they have secured the delegates he needs for another term.

Lindell spoke for more than an hour about his rise to pillow fortune, his clout with Trump and his self-produced documentary which he believes showcases widespread voter fraud in the 2020 election.

Eventually, Lindell was cut off by Cox so Wood could be brought on to the stage. The MyPillow CEO went on to endorse the pro-Trump attorney's bid against McKissick.

"We got to get people in that have the people's back, that have our backs," Lindell said to cheers from the crowd.

Wood announced in March that he had moved to South Carolina from Georgia and would be running against McKissick.

Some of the mothers who spent their special day with a packed crowd of bikers said they liked what they heard.

"I'd like to see (McKissick and Wood) debate," Allison Isaac, of Mount Pleasant, said. "Columbia and Washington, D.C., are corrupt as hell and I think Lin Wood is a truth-speaker, which we've never had in politics."

Anna Gernt, a mother from Charleston, said she believed Lindell and Wood have "a great attitude" that's needed for the party.

Patricia Beverly Cox — Bikers For Trump founder Chris Cox's mother — said she is grateful to see someone shaking up the GOP establishment.

"Mr. Wood feels like if he can bring out the issues it's a win, whether he ultimately wins or loses," she said.