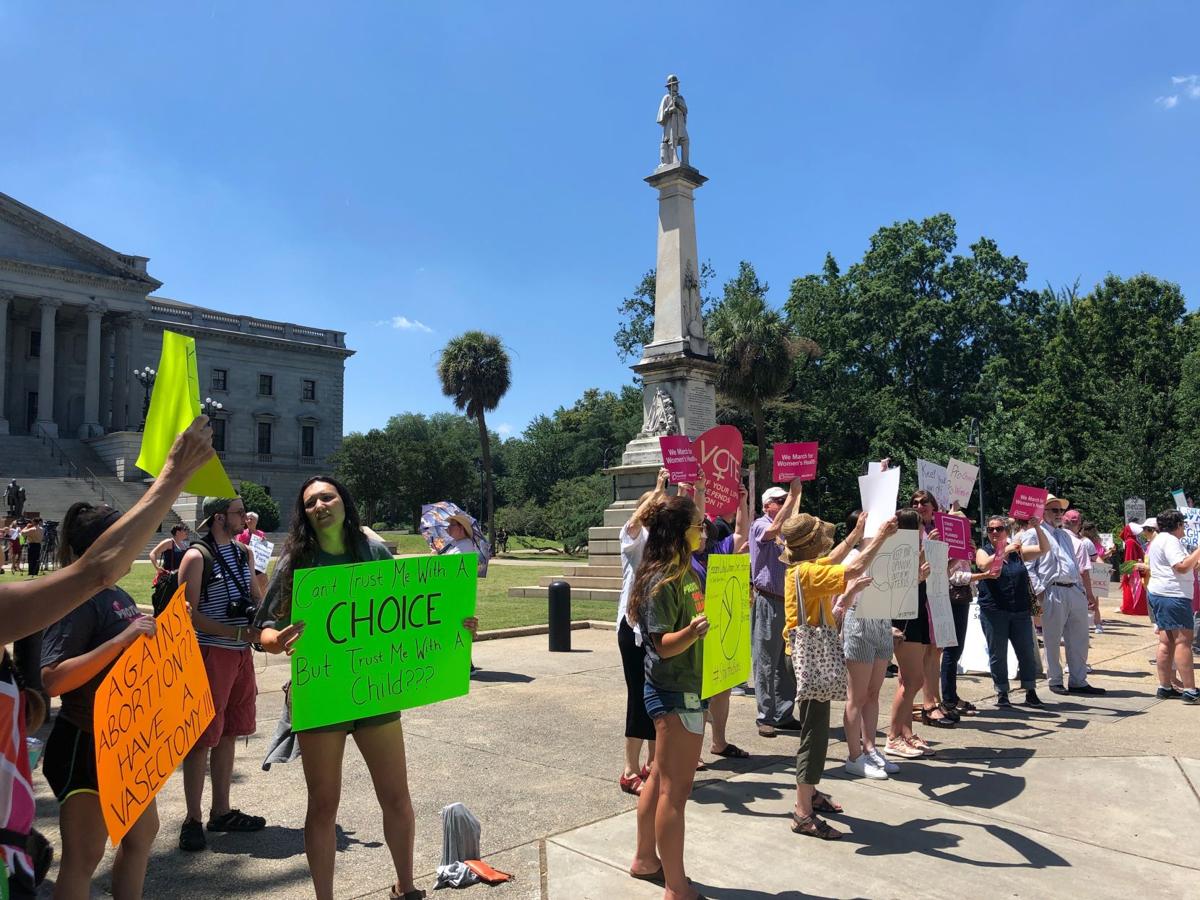 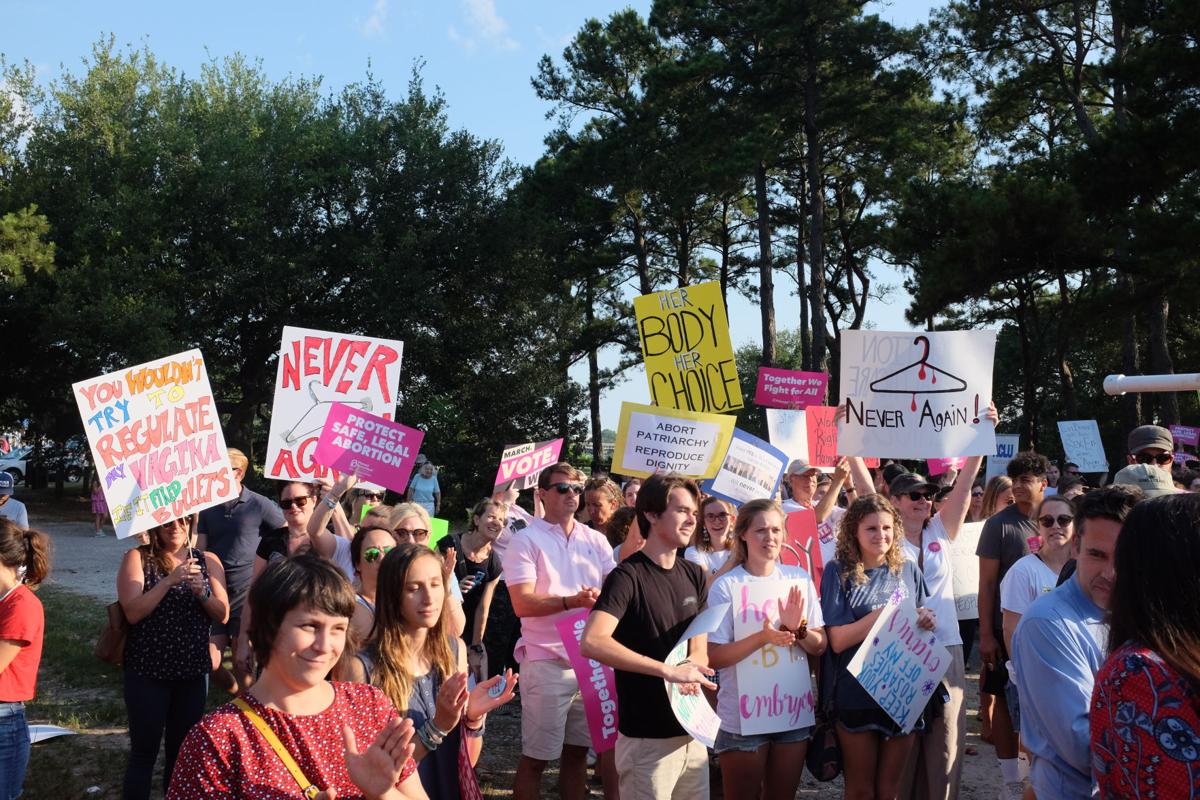 At least 200 people gathered at Charleston's Brittlebank Park on Tuesday, May 21, 2019 for a rally that was part of a national day of action to stop abortion bans. Gregory Yee/Staff 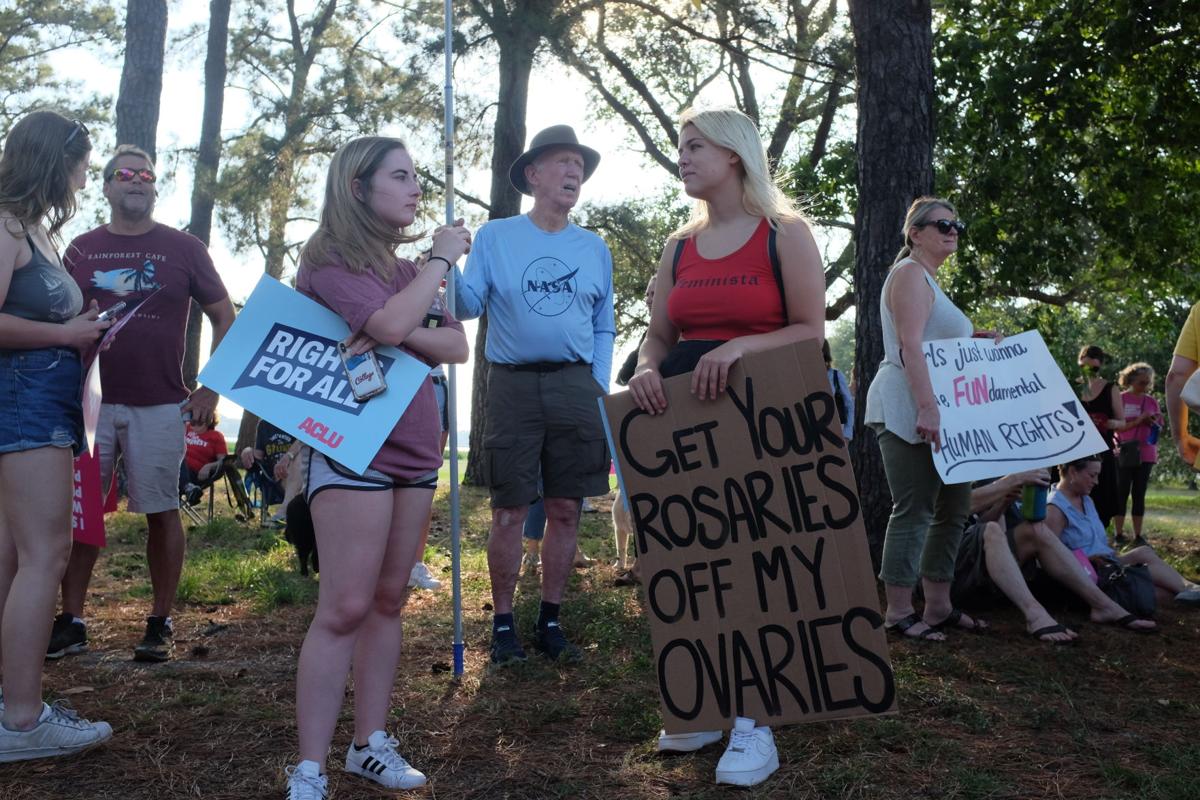 At least 200 people gathered at Charleston's Brittlebank Park on Tuesday, May 21, 2019 for a rally that was part of a national day of action to stop abortion bans. Gregory Yee/Staff

COLUMBIA — Amid a growing wave of legislation across the country restricting access to abortions, hundreds of abortion rights supporters rallied Tuesday outside the South Carolina Statehouse as part of a nationwide effort to push back.

Several states have approved bills this year that would severely reduce access to abortions. Most recently, Alabama legislators voted to ban abortions in nearly all cases, with no exceptions for rape or incest and up to a 99-year prison sentence for doctors who perform the procedure.

In South Carolina, the state House voted 70 to 31 last month in favor of a "fetal heartbeat" bill that would prohibit abortions after around six weeks of pregnancy. Opponents note that many women may not realize they are pregnant by that stage.

Though Democrats have vowed to continue opposing the bill, state Rep. Beth Bernstein said there's a "very big threat" that the Senate approves it next year. Republican Gov. Henry McMaster has long said he will sign any anti-abortion legislation that reaches his desk.

"There's only so much some of the senators who have opposed this legislation can do, so you can't take anything for granted," said Bernstein, D-Columbia. "That's why it's so important to have rallies like this so that people can understand most people don't want this type of bill."

In response to the series of abortion bans, Planned Parenthood and other groups that support abortion access organized a national "day of action," holding events in all 50 states.

A few hundred abortion rights supporters rallying outside the SC Statehouse as part of a national “day of action.”“What it is is ignorance on full display,” says @PPSATSC’s @vickiringer of bills around the country seeking to ban abortions. #scpol pic.twitter.com/ctyaKxP6Gu

The South Carolina rally drew people from around the state and featured speakers from an array of local women's rights groups. Many rallygoers carried signs with messages like, "My body, my choice," and endured sweltering temperatures in Columbia to show their opposition to abortion bans.

Melinda Menzer, 50, drove down to Columbia from her hometown of Taylors because she said she wanted to reemphasize the point she's made in repeated letters and calls to her representatives.

The protest, however, did little to sway lawmakers who have promoted abortion restrictions. Anti-abortion activists are also a regular presence in the Statehouse.

"South Carolina is a pro-life state," said House Majority Leader Gary Simrill, R-Rock Hill. "The vote this year wasn't close, and I think that shows the grassroots support for protection of the unborn."

In Charleston, a similar rally by Planned Parenthood, the American Civil Liberties Union of South Carolina and other groups drew at least 200 supporters to Brittlebank Park in downtown. A small group of pro-life, counter-protesters also gathered along the outskirts of the park.

For Charleston resident Gretchen Barbatsis, being at the rally in support of Planned Parenthood and other pro-choice groups was a continuation of her lifelong work.

Barbatsis said she remembers a time before the Roe v. Wade Supreme Court decision when abortion was not accessible around the country.

Then living in Minnesota, she said she worked to help women travel to get access to abortions and other female reproductive healthcare in other states.

Cathy Perkins, of Mount Pleasant, said she had an abortion 39 years ago due to medical necessity after her fetus died.

"Here we are, all these years later," Perkins said. "It's maddening to me that in the year 2019, we're still fighting."