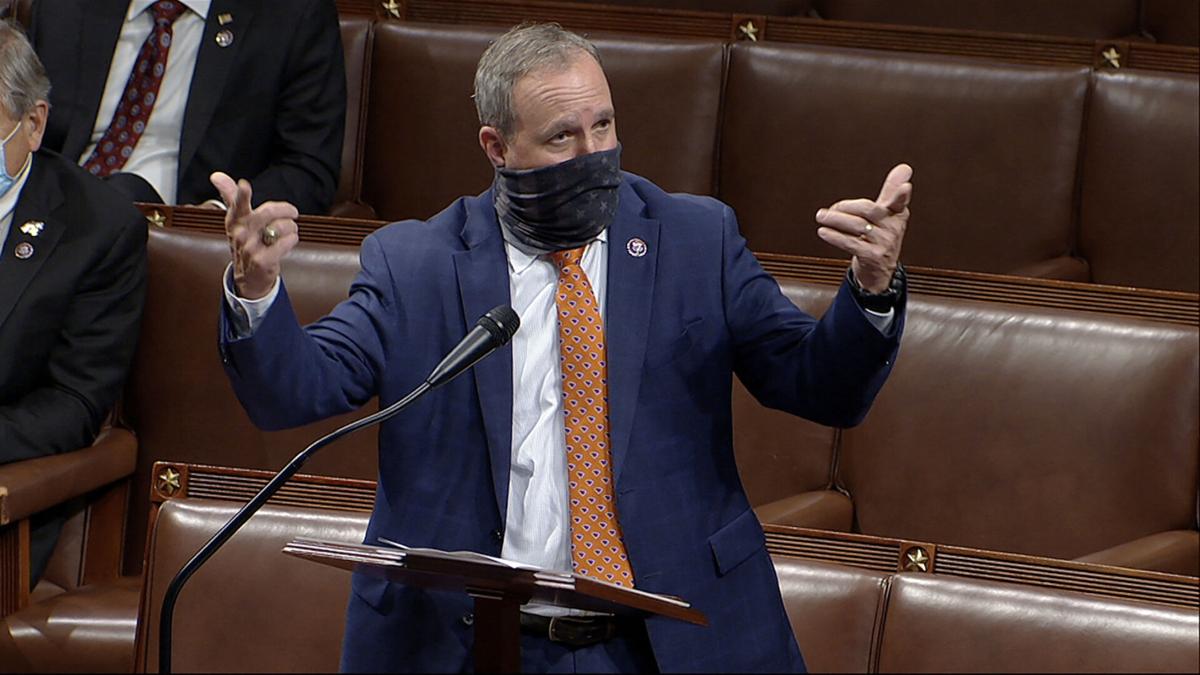 In this image from video, Rep. Jeff Duncan, R-S.C., speaks as the House debates the objection to confirm the Electoral College vote from Pennsylvania, at the U.S. Capitol early Thursday, Jan. 7, 2021. House Television via AP 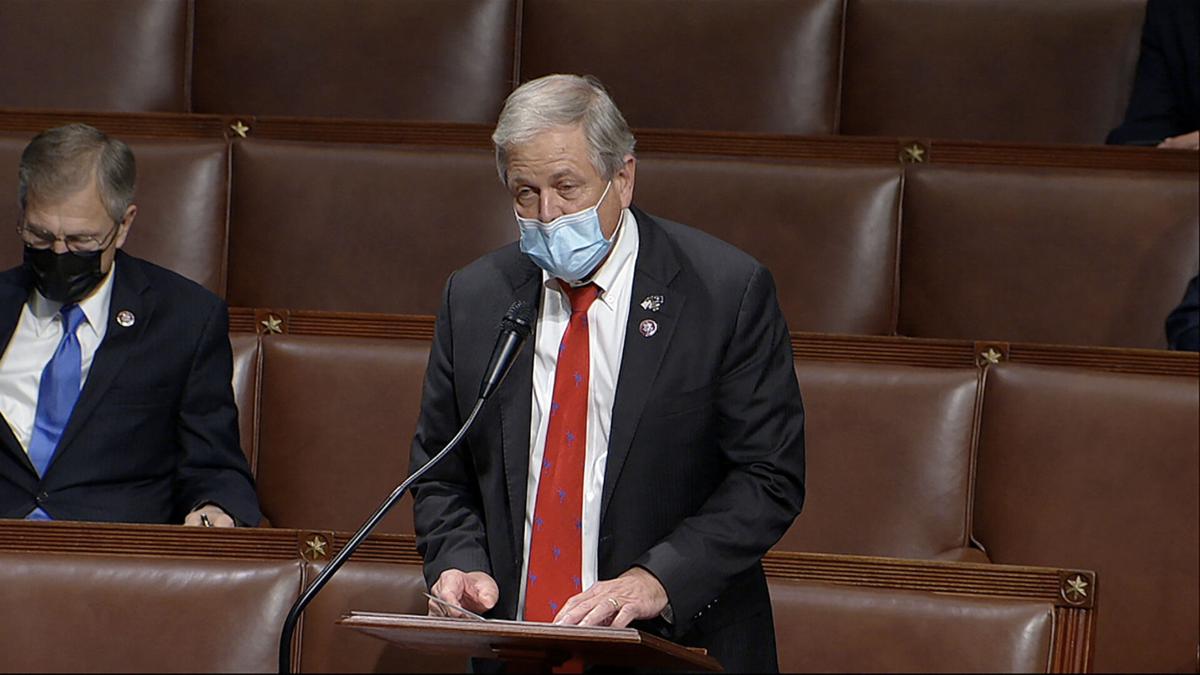 In this image from video, Rep. Ralph Norman, R-S.C., speaks as the House debates the objection to confirm the Electoral College vote from Pennsylvania, at the U.S. Capitol early Thursday, Jan. 7, 2021. House Television via AP 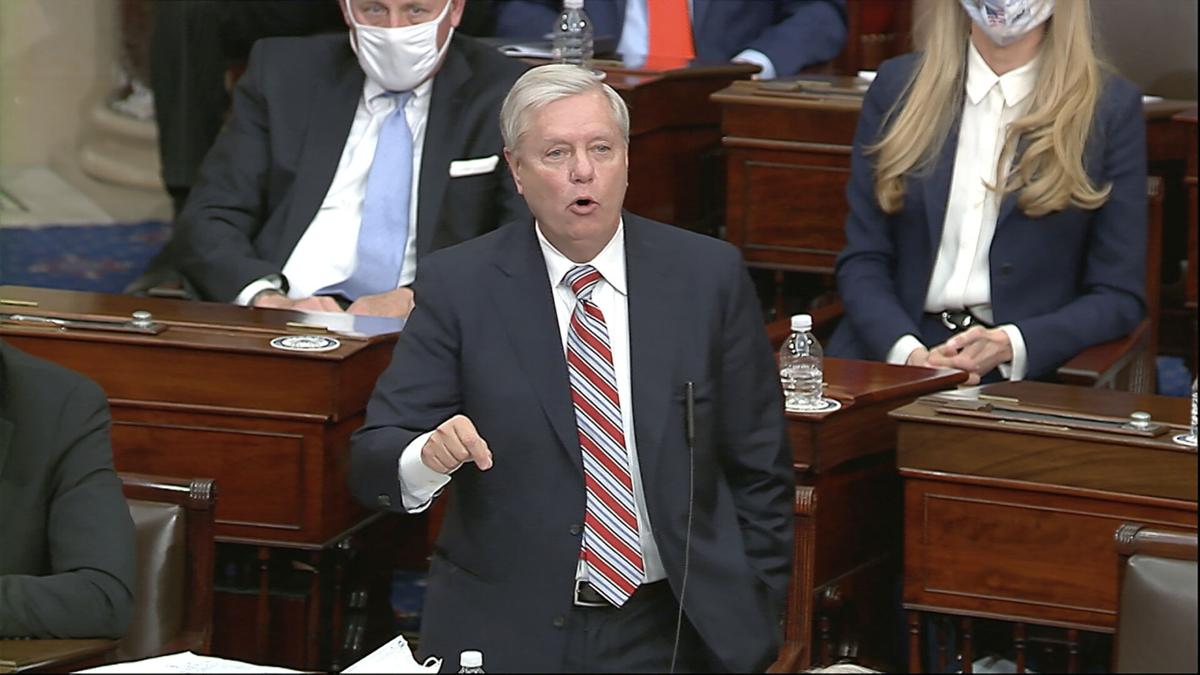 In this image from video, Sen. Lindsey Graham, R-S.C., speaks as the Senate reconvenes to debate the objection to confirm the Electoral College vote from Arizona after protesters stormed into the U.S. Capitol on Wednesday, Jan. 6, 2021. Senate Television via AP 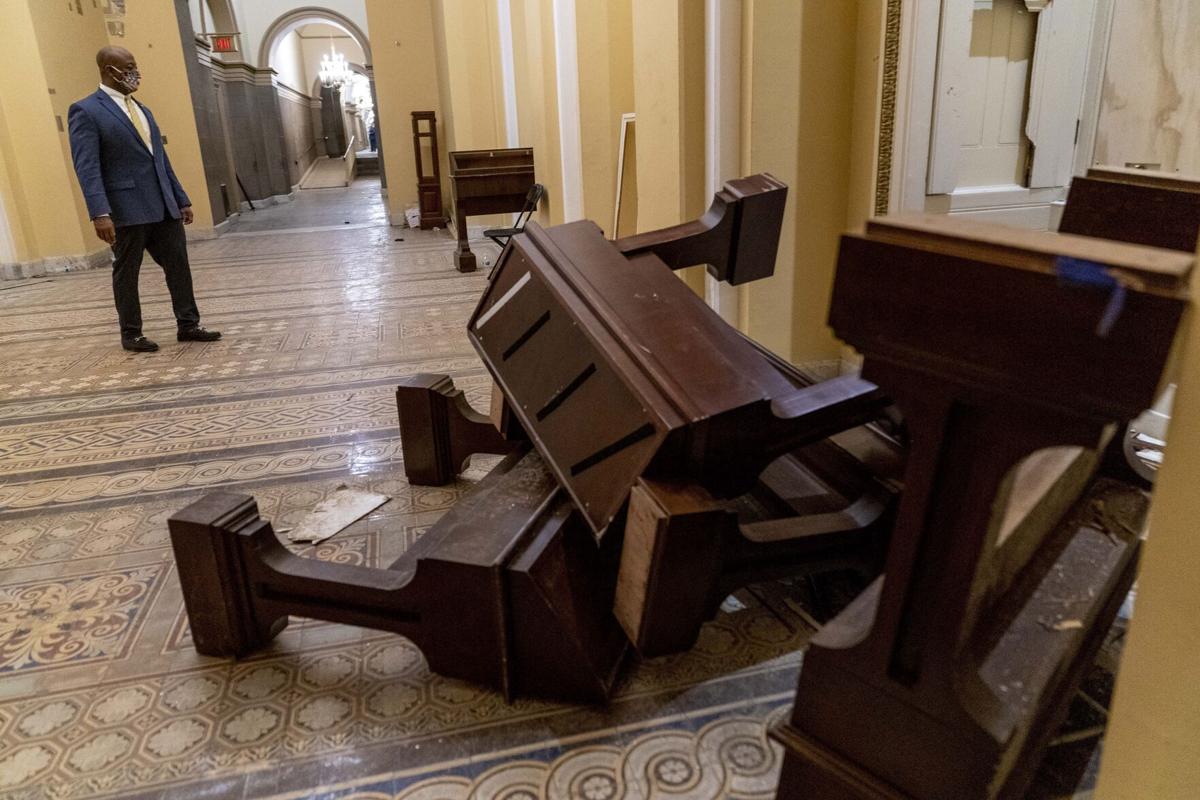 COLUMBIA — A South Carolina congressman said that even after the mob occupation of the U.S. Capitol he wasn't backing down from contentions the election that cost Donald Trump the White House was flawed.

“The assault on the Capitol did not change the substance of the issues at hand," U.S. Rep. Jeff Duncan, R-Laurens, said in the aftermath.

"And that is why — even after the chaos — I raised objections to electors from certain states that performed elections," he said Thursday morning.

He charged that several states had conducted elections "in direct contradiction to their state laws, state constitutions, and the U.S. Constitution," though such arguments have been rejected by state officials and courts.

Duncan was one of five House Republicans from South Carolina who protested the confirmation of Electoral College votes from states Joe Biden won.

He was steadfast that nothing in his objection was improper.

"A loud minority have called me seditious and a traitor to my country," Duncan said in a media message delivered after the night ended and after peace was restored after a mob of Trump supporters took over the building Wednesday.

"They have suggested that I and some of my colleagues should be expelled from Congress for signing two amicus briefs in support of election integrity and for voting to object to electors," he continued. "These accusations are revolting, politically motivated, and frankly, don’t even make sense."

The four S.C. House Republicans who previously announced their plans to object — Duncan, William Timmons of Greenville, Ralph Norman of Rock Hill and Joe Wilson of Springdale — all followed through, as did U.S. Rep. Tom Rice of Myrtle Beach, who had previously said he was unsure how he would vote.

All five voted in favor of objecting to the electoral votes of Arizona and Pennsylvania that helped secure Biden's win.

Rice said he knew the election protest had no chance of succeeding and that Biden was on the path to being the next president. But he signed onto the objection over a matter of constitutional law.

"Just looking at the fact that the Pennsylvania Supreme Court changed the election law, which they had no right to do, certainly made it more open for election fraud," Rice said while admitting the apparent fraud wasn't enough to change the election.

The only House Republican from South Carolina to oppose the effort was newly elected U.S. Rep. Nancy Mace of Charleston. She joined both of the state's Republican U.S. senators, Lindsey Graham and Tim Scott, as well as the state's lone Democrat, U.S. Rep. Jim Clyburn of Columbia, in voting against the objections.

The South Carolina objectors cited changes to election laws and unfounded allegations of fraud to explain their decision. Graham, typically one of Trump's closest congressional allies, tore into the objection efforts in a speech on the Senate floor late Wednesday night, saying Republicans needed to admit Biden won.

A chorus of top Republicans predicted Thursday that the siege would tarnish Trump’s tenure, and they called for their party to shake itself from the president’s influence. They included prominent South Carolinians like former Rep. Bob Inglis, who called for the president’s removal from office, and former Rep. Trey Gowdy, who said he no longer knew what his party stood for.

On South Carolina talk radio, the party’s base was unshaken, hinting at fault lines fueled by misinformation in a party reckoning with a series of electoral defeats.

By Thursday morning, callers to talk radio programs in the Upstate alternately explained that the riot stemmed from mounting frustration about baseless allegations of a stolen election and, without evidence, shifted blame to far-left agitators.

One man from Spartanburg blamed "outside provocateurs" while also saying the crowd outside the Capitol was a "powder keg waiting to explode." A woman from Pickens said the gathering was peaceful, after saying "freedom is worth fighting for." A man in Greer said, "People don’t realize we’re in a war here. The Democrats are basically our enemy."

On the other side of the emerging divide, Vince Coakley, who hosts a conservative talk show in Charlotte and Greenville, voiced frustration with "nonstop propaganda" from the president. To win elections, Coakley said, the party needed to reject "a cultic perspective that causes you to lose all touch with reality."

Democrats were less restrained. S.C. Democratic Party chairman Trav Robertson went as far as to accuse the Republicans who objected to the Electoral College of sedition.

"These Republican members of Congress claim to love our country and democracy yet they are attempting a coup to overthrow our government," Robertson said. "This is the complete antithesis of Democracy and they should be arrested and tried for treason absence proof to support their fraudulent claims."

Tyler Fleming and Thad Moore contributed to this report.