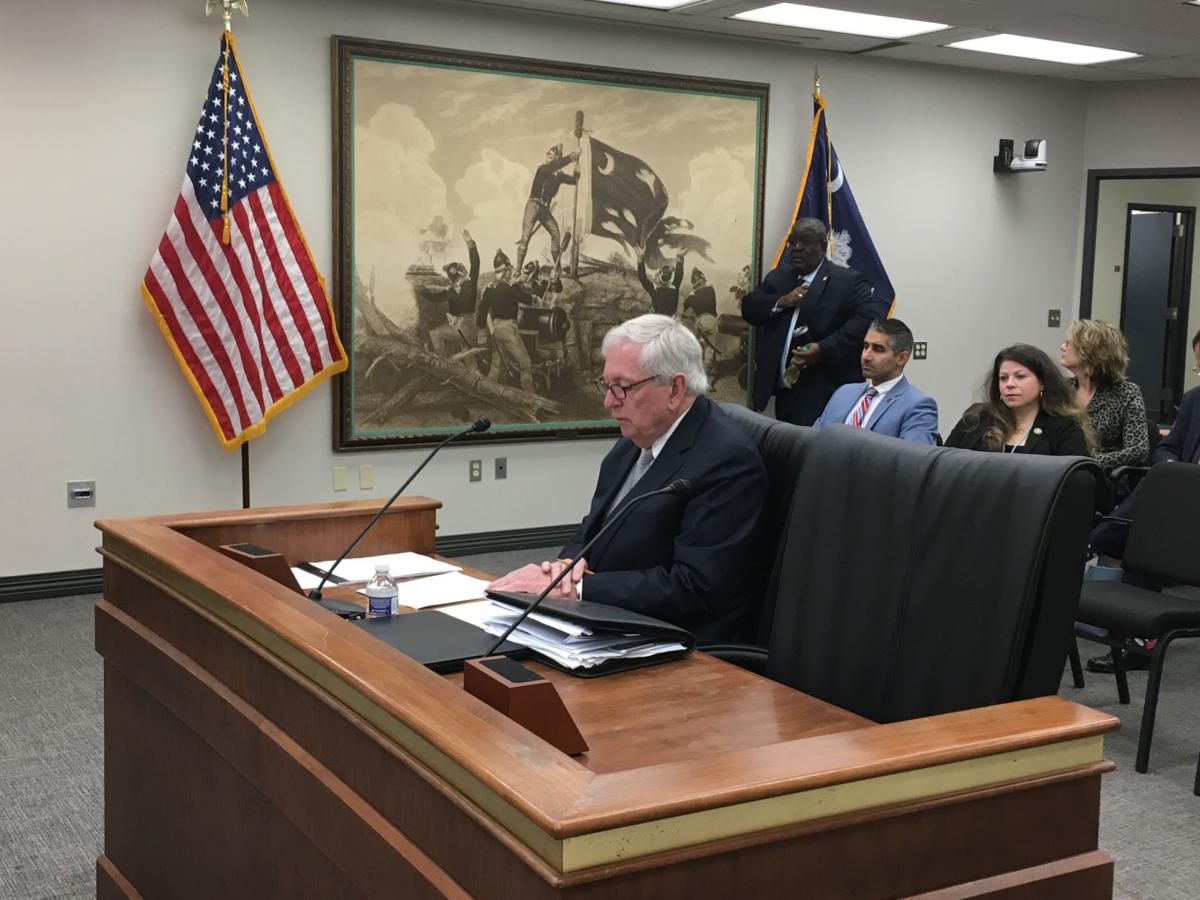 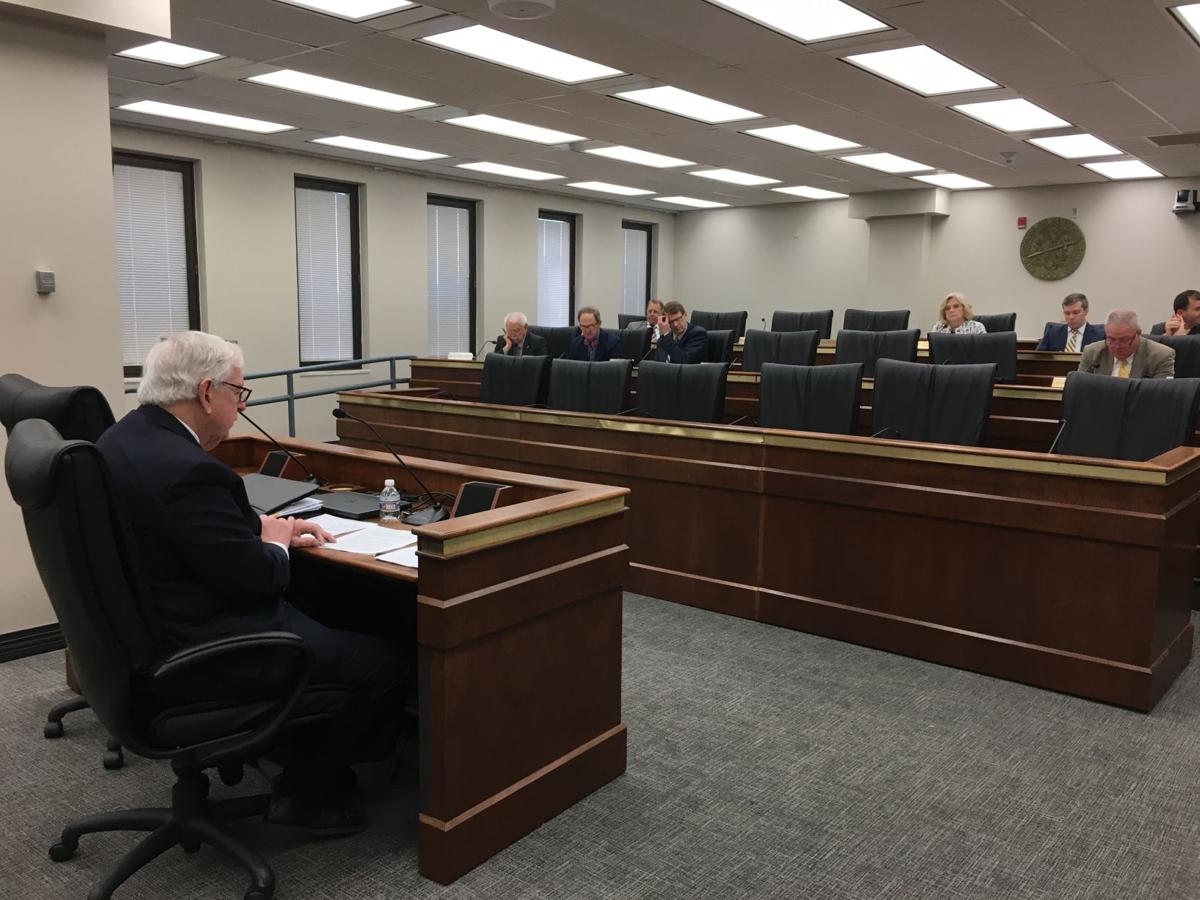 COLUMBIA — Gov. Henry McMaster's pick to lead the state Office on Aging insisted Wednesday he does not discriminate against black or female employees and discounted allegations as coming from people who don't want to follow the rules.

Senators weighing whether acting director Stephen Morris gets to keep the job say they've received concerning complaints from his short tenure. McMaster appointed his longtime friend Dec. 5 to the agency serving the state's growing senior population. But his confirmation by the Senate is in serious trouble.

Employees allege the 71-year-old Columbia resident has made derogatory comments to females and minorities and that he sides with the agency's white male supervisors in disagreements, said Sen. Mia McLeod, D-Columbia.

The alleged comments were "degrading and humiliating to people of color" and suggested women were less valuable, she said, without being specific.

Morris said it's disconcerting to be accused of favoring those who report directly to him, explaining he believes in following the chain of command.

"If you want to find something out, I go to the person who should know the answer," he said. "We live in a time when, if you don’t agree with somebody or you want to back something up, you can insinuate they discriminate or are targeting you or bullying you. There’s a core series of buzz words people use. Usually, when they use them, they’re trying to defend themselves or diffuse a situation. But I do not discriminate. It’s not true. Period."

He agreed morale is poor among the agency's 40 employees but said that stems from a constant turnover in administration since legislators put the office under the lieutenant governor's control in 2004. It became a Cabinet agency reporting to the governor this year following the state's first election of a joint gubernatorial ticket.

McLeod and Sen. Darrell Jackson, also a Columbia Democrat, said they've also gotten complaints involving Morris' time on Richland County Council from 1993 to 2001. Jackson said he plans to speak with McMaster's office and ask him to withdraw his nomination.

McMaster's office did not immediately respond.

McMaster first gave Morris a job at the Office on Aging in August 2015, when McMaster was lieutenant governor. Morris was an agency consultant until December 2016, when McMaster — knowing he would succeed Gov. Nikki Haley weeks later — appointed Morris as director. But then-incoming Lt. Gov. Kevin Bryant, not knowing about McMaster's outgoing move, hired someone else to run the agency, so Morris' appointment that time was short-lived.

Morris contends some employees have gotten used to coming and going as they please, and he's trying to enforce policies not being followed. Exacerbating morale problems, he said, was an "ill-conceived bonus situation" last fall, when directors were given the ability to decide who to give performance bonuses of up to $3,000 each.

Most employees got a bonus, he said, but "everybody who didn’t get a bonus or as much as the person next to him thinks he fully deserves what the other person got."

In January, he said, he wrote a memo declaring the subject over, noting the pot of money no longer existed, and telling employees he "wasn't going to go back and change" decisions made under a previous administration.

He read aloud a Jan. 11 resignation letter from a 34-year veteran state employee who wrote she could no longer work in the "hostile and toxic environment" she tolerated through multiple administrations, the last five as a supervisor, and hoped he could "achieve what others could not" in changing that.

Morris, who will make a $125,000 salary if confirmed, said he plans to improve morale by ensuring everyone is following the rules and by treating all employees equally. He said he announced that intention on his first day.

"They'll either catch on or move on," he said. "I didn’t make any threats. Every employee would be a lot happier if they don’t see somebody doing something they think is wrong and getting away with it."

The Senate Family and Veterans' Services Committee took no action during the hour-long hearing. Morris will come back before the committee for additional questions next week.