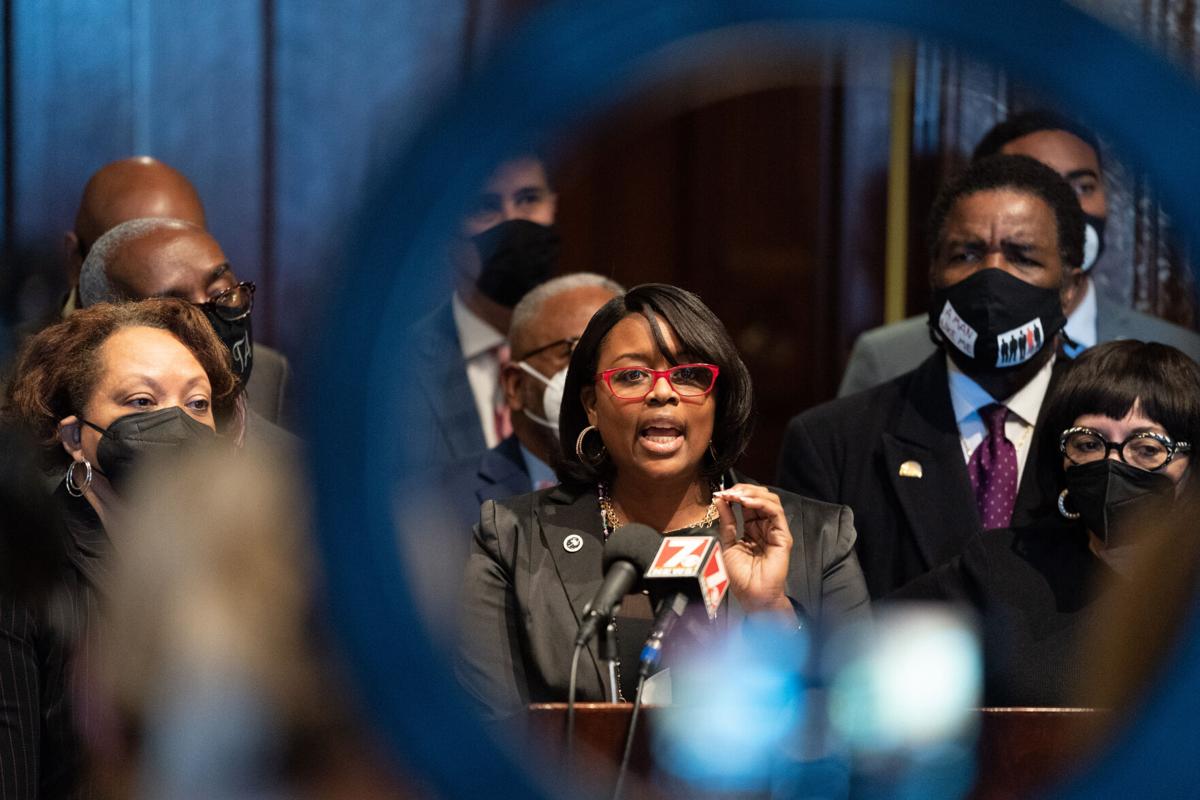 Rep. Krystle N. Matthews, D-Ladson, speaks in the S.C. Statehouse lobby as a group of Democrats walk out during debate on an abortion ban bill in Columbia on Feb. 17, 2021. File/Sean Rayford/Special to The Post and Courier 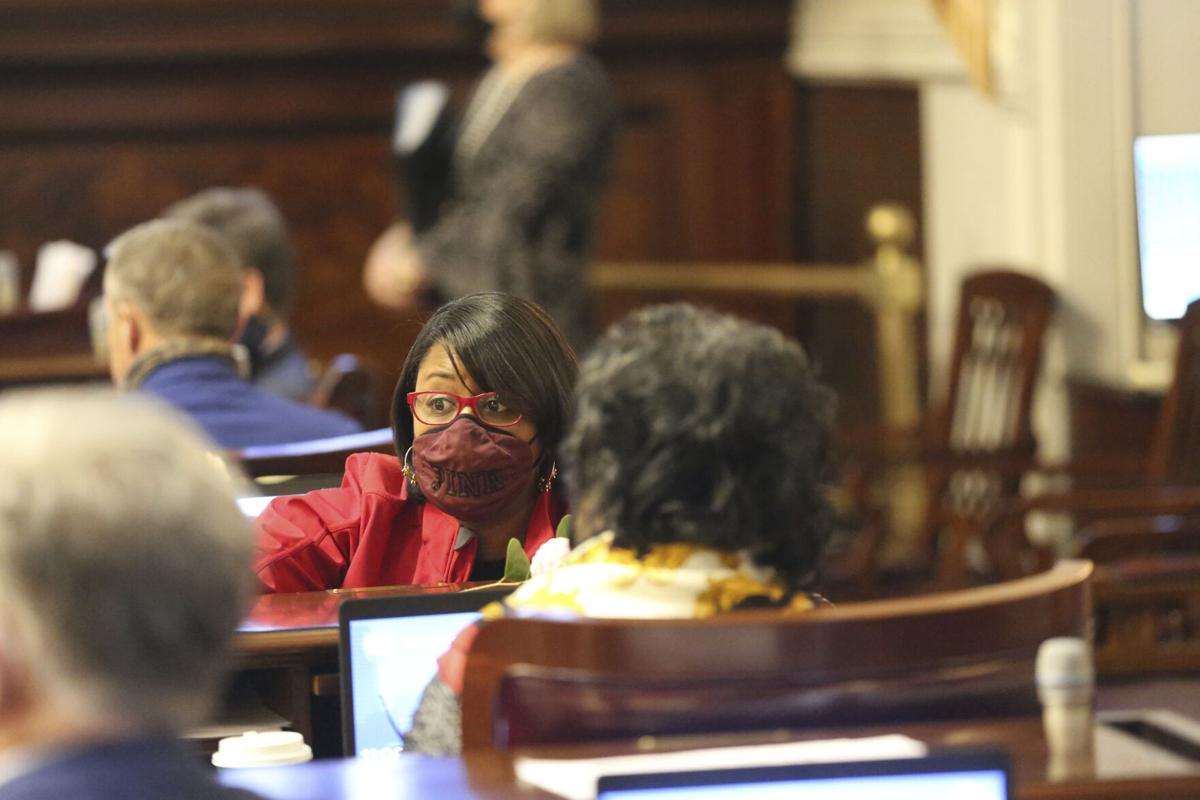 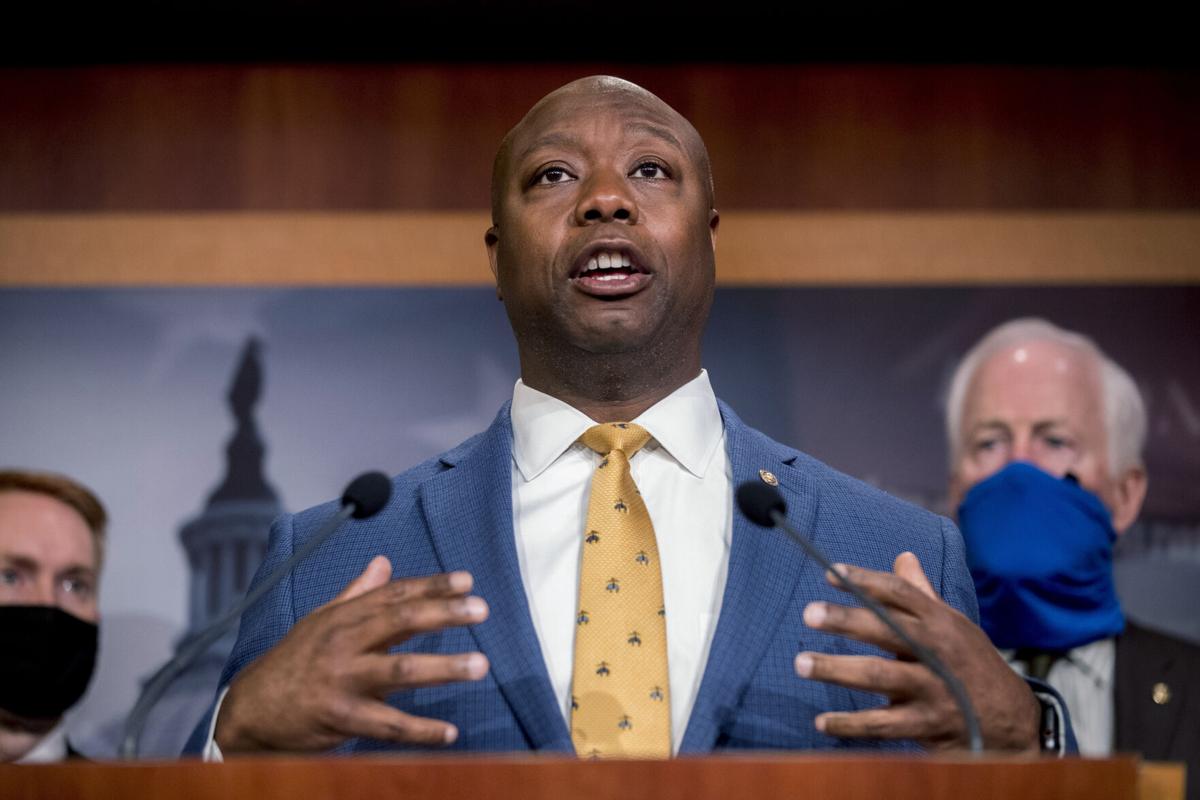 Matthews, whose House District 117 includes parts of Ladson, Goose Creek and North Charleston, became the first woman to represent the area after her successful bid in 2018. The Berkeley County resident hopes to unseat Scott in what he has publicly said will be his last run for Senate.

“This campaign isn’t about the GOP or the DNC," Matthews said in a statement to The Post and Courier. "It’s about the mother in Charleston struggling to pay rent and put food on the table. It’s about the grandfather in Greenville working weekends at Walmart because he doesn’t have any other choice. It’s about the Lowcountry shop owner whose store floods every king tide and the Midlands graduate who can’t pay her student loans because she can’t get a job."

A formal announcement for her campaign is scheduled April 13 at the Statehouse in Columbia. She has no plans to resign her House seat during her bid, a spokesman said.

The 40-year-old single mother of five from Sandusky, Ohio, has worked as an engineer at Boeing since 2008 and has advocated for the working class in her district. In early campaign promotional material shared on her 2022 website, Matthews' tagline reads "One Tough Mother."

"As a single parent in a pandemic, as a woman in America, I know what it means to push forward against the greatest of odds," Matthews said in a campaign video posted to her website. "South Carolina deserves better."

Securing a presidential pardon is rare. But SC's Sen. Tim Scott landed one for his cousin.

A fundraising bid against Scott will require help and assistance outside the Palmetto State. Matthews told AP she expects it to be somewhere in the ballpark of $10 million to $20 million to help fuel the campaign.

Scott, on the other hand, has already found some early, and powerful, support for his 2022 bid.

Former President Donald Trump said the junior senator from South Carolina has his “complete and total endorsement” in a statement issued by the Save America PAC on March 2.

The GOP senator has been seen as a rising star in the party even as it faces an identity crisis following Trump’s tenure in the White House.

Speculation continues to grow whether Scott will be in the conversation for the White House in 2024. He is scheduled to be in Davenport, Iowa, on April 15 as other GOP hopefuls begin to lay early groundwork in the state.

A campaign spokesman for Scott did not immediately have comment regarding Matthews' announcement.

Scott ended 2020 with $8 million in his campaign war chest, according to the Federal Election Commission.