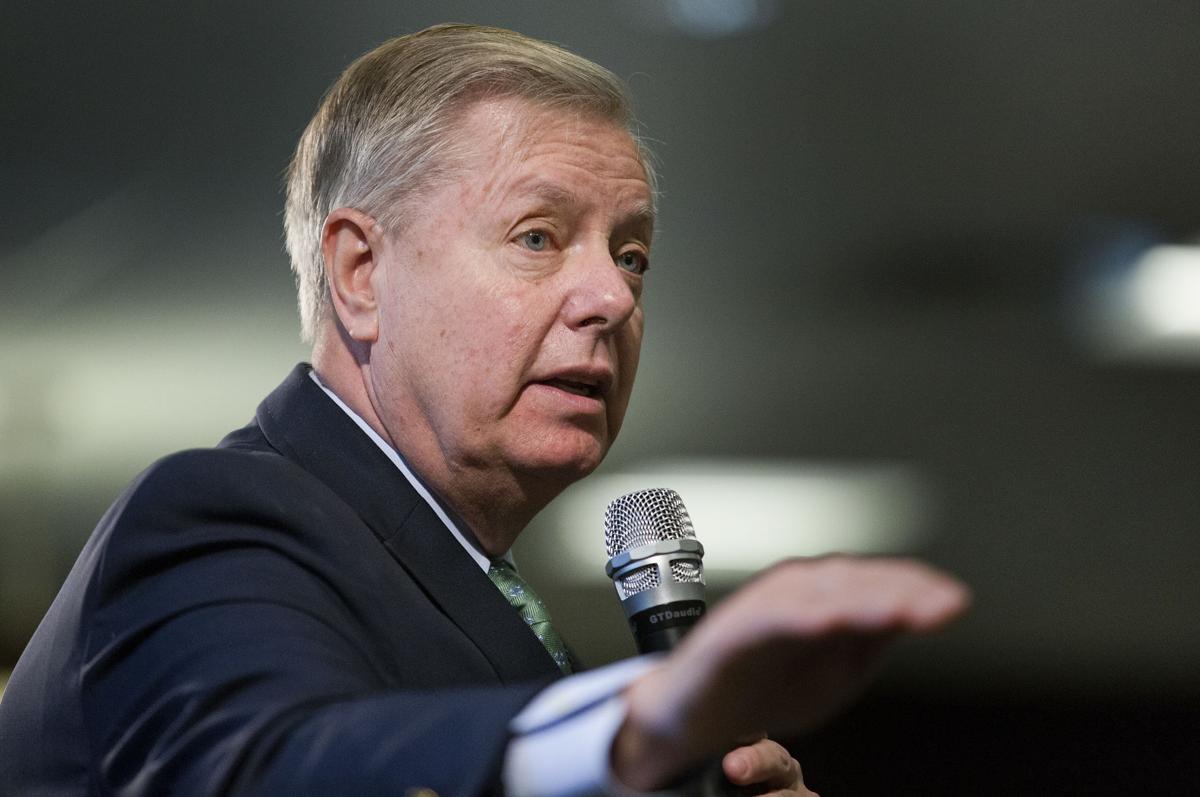 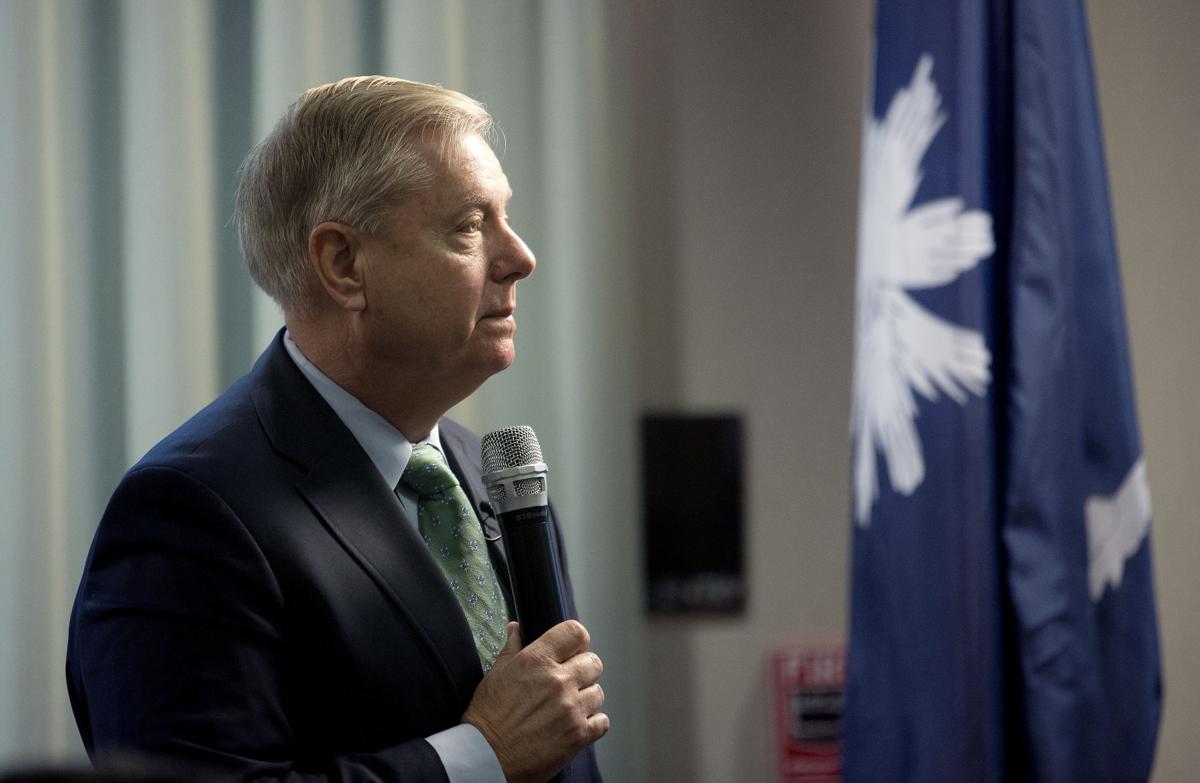 MOUNT PLEASANT — U.S. Sen. Lindsey Graham said he was making a political point when he blocked the public release of the Mueller report last week, saying not enough has been done to investigate Hillary Clinton's campaign.

Following an address to East Cooper Republicans on Monday, Graham told The Post and Courier that disclosure in the 2016 elections cuts two ways.

He was referring to the handling of Clinton's email scandal.

"There were two campaigns: One Democrat, one Republican. The Democratic nominee was investigated by the FBI, and I think there was a mountain of evidence that resulted in nothing," he said.

"The Trump campaign was investigated by the FBI in, I think, a very shady fashion using a document that's garbage to get warrants. I want to look at all of that," he added, referring to the Steele dossier.

Graham's comments were a more in-depth response to his move Thursday blocking a House bill in the Senate that called for the public release of special counsel Robert Mueller's report on Russian interference in the 2016 election.

He accused Democrats of playing politics, too. He noted the House resolution about the Mueller report happened on the same day the Senate voted 51-49 to rebuke Trump's emergency declaration at the U.S.-Mexico border.

Graham said he wants the findings of the Mueller report to be released after Attorney General William Barr reviews it, but he accused Democrats of operating with blinders on when it comes to their push for public disclosure.

"I think it's important (Mueller) do his job without political interference, but this other stuff, what about it? Nobody on the other side seems to care," Graham said, noting he was the lead Republican on a bill meant to shield Mueller from Trump, who has publicly railed against the Mueller investigation and called it a "witch hunt."

Graham said he spoke to Senate Minority Leader Chuck Schumer, D-N.Y., about his concerns ahead of the Senate vote. On the Senate floor last week, Schumer admonished Graham for his rebuke of the House resolution, saying it should have passed the Senate "in the blink of an eye" by pointing out that many Republican House members who are "friends of the president" voted for the measure.

Graham said he will personally make sure the Mueller report is released to the public.

"Transparency will reign, to the extent it meets the criteria of the law," he said. "It will get released. I will make sure of that," Graham continued. "But I was hoping that after Mueller is done, as I said in there, that some Democrats will look and see what happened on the other side."

Graham's comments to the newspaper came after he spoke to an audience of 180 people for an hour in which he outlined his vision for the judiciary under the Trump administration.

He also discussed the evolution of his relationship with Trump, which he admitted got off to a rocky start during the 2016 Republican presidential primary when he was running against Trump for the GOP nomination.

"I've come to like him and he likes him," Graham said of the president, prompting laughs from the crowd. "Makes for a good working relationship."

During a 30-minute question-and-answer portion, Charlie Northcutt of Mount Pleasant asked Graham what should be done about the Republicans who never fully embraced Trump. Northcutt then pointed to former congressman Mark Sanford.

"Mark Sanford would still be in Washington if he had jumped on board earlier," he said.

Some people in the crowd gasped at the comment. Others murmured.

"Let's get back to Democrats. How many people think the Democratic Party is cracking up? Who the hell wants to go down that road?" he said, joking that their 2020 presidential field will include 42 candidates, where 41 of them will be "(expletive) crazy on the economy and foreign policy."

"So what I'm trying to do is get us united best I can. Realizing that it's a family right? Dysfunctional, but still a family," he said.