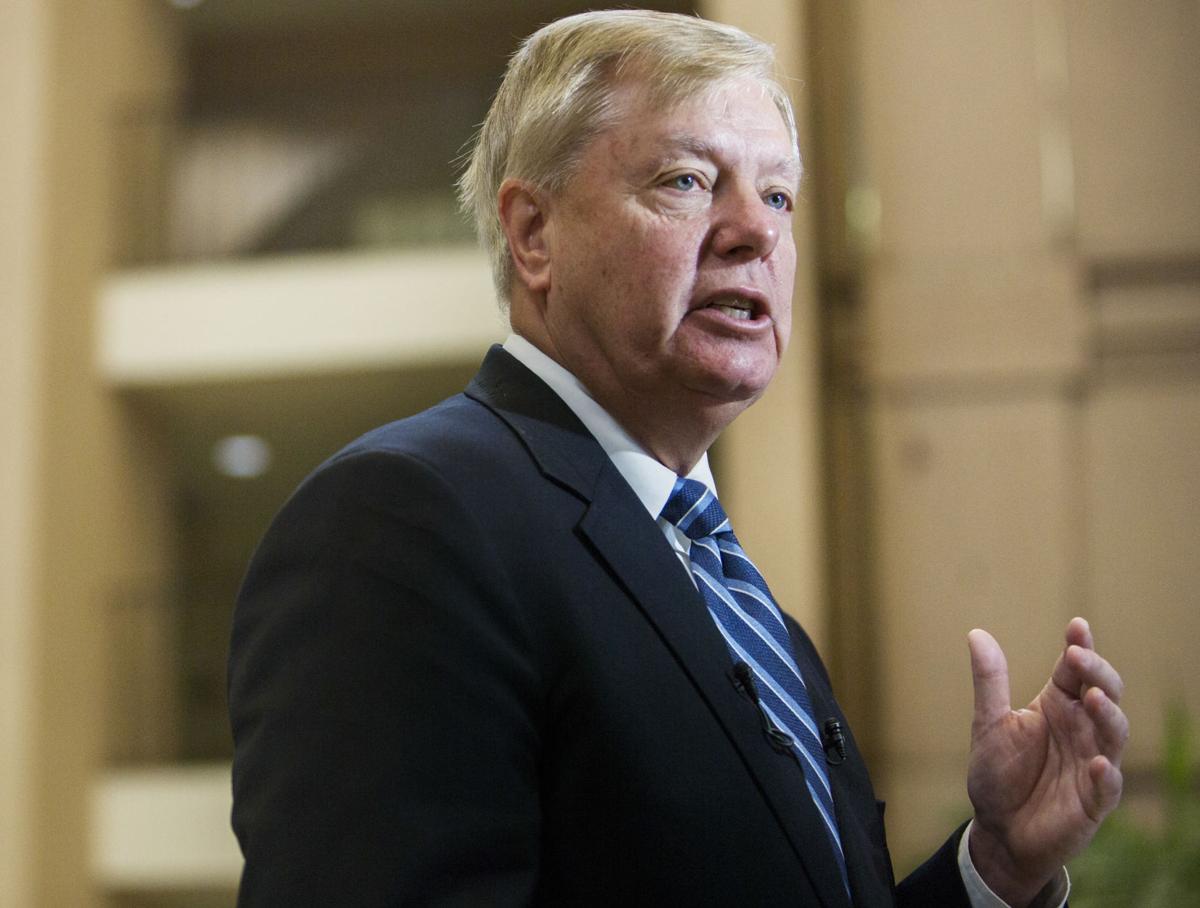 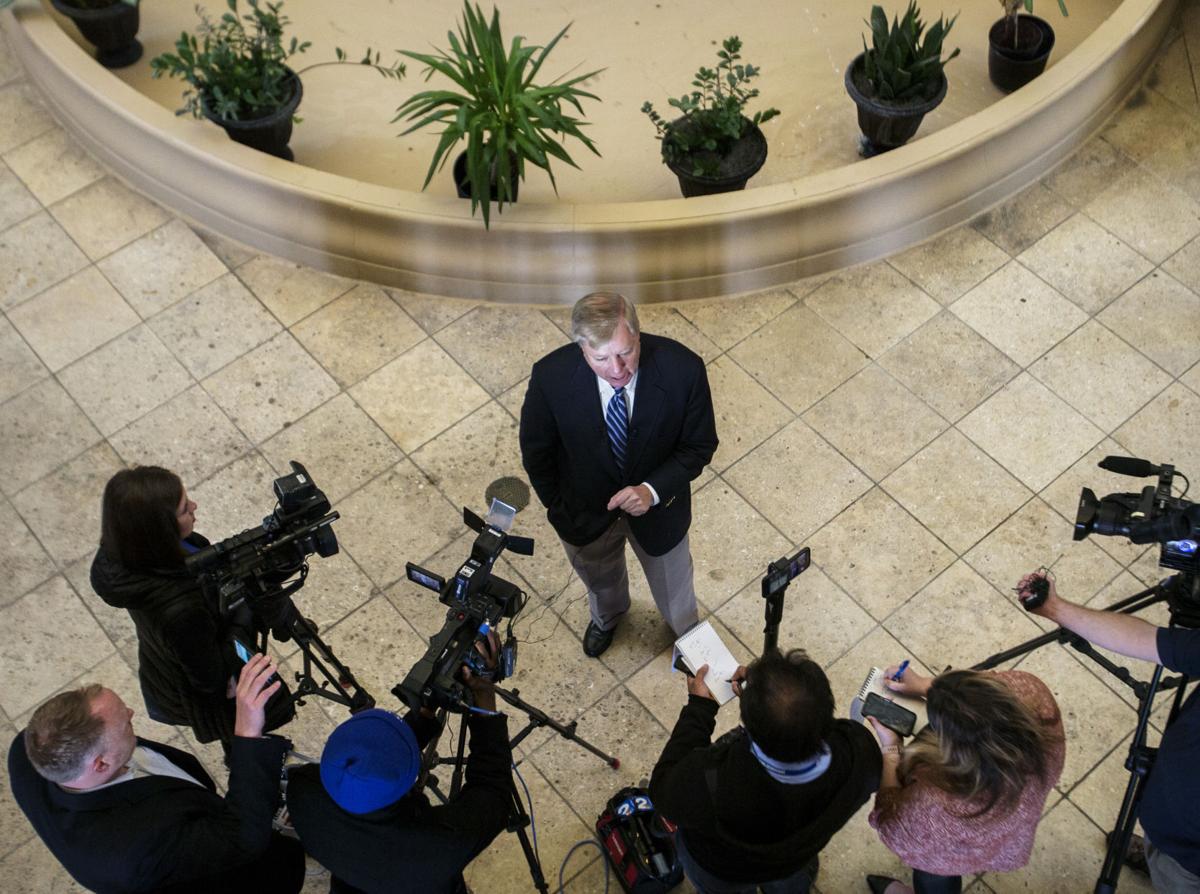 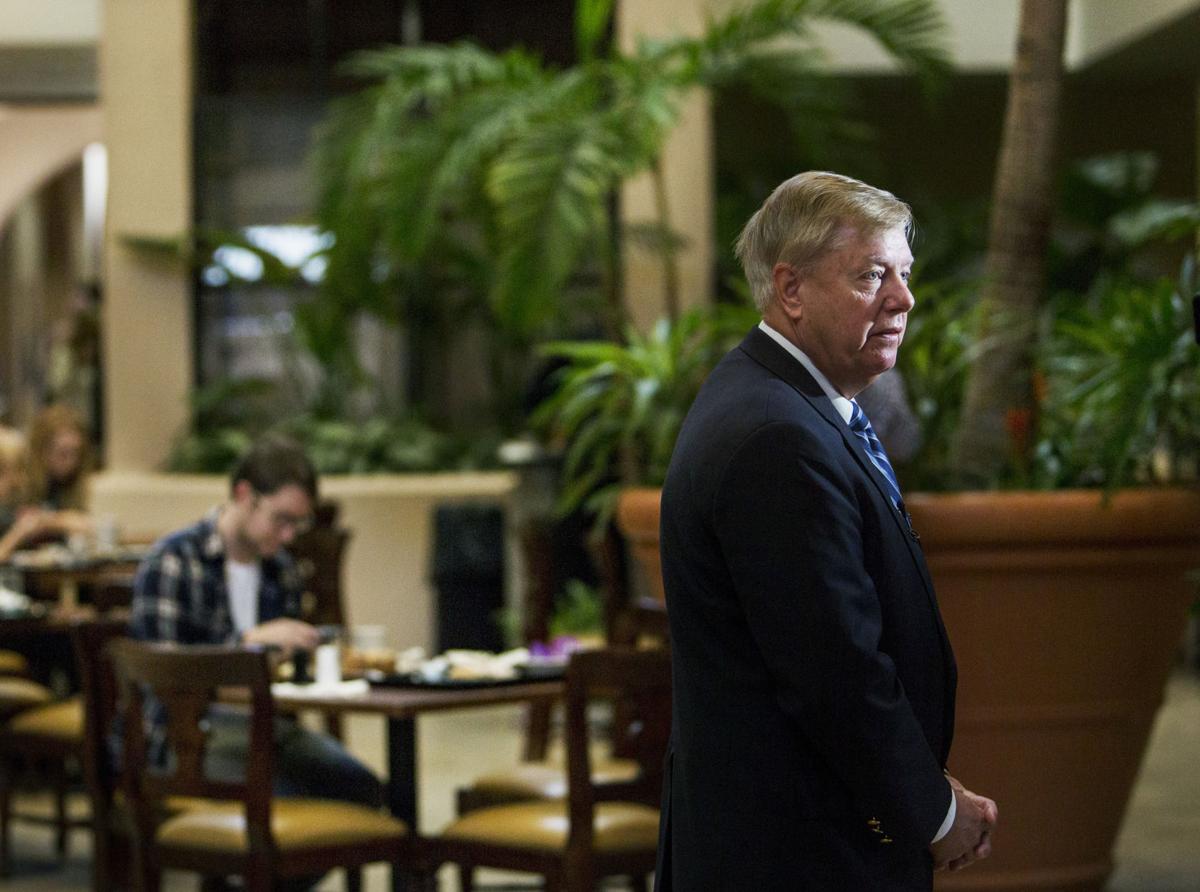 U.S. Sen. Lindsey Graham ramped up his call to investigate Joe Biden and his son Hunter's involvement in a Ukrainian energy company, rejecting Biden's accusation the probe is driven by Graham's reelection fears.

South Carolina's senior Republican, who for weeks has called the House impeachment inquiry a "joke" and a "sham," said his efforts are driven by fairness in exposing the Bidens to what President Donald Trump is facing.

"This is me doing this, nobody else," Graham told reporters in Charleston on Monday. "I don't like being put in this spot."

He continued, "If you had a legitimate inquiry in the House, I wouldn't have to be doing this. But we're not going to live where just Donald Trump and his family gets looked at. We're going to live in a world where everybody gets looked at if there's a question reasonably to be asked."

In a morning blitz of press conferences, tweets and radio interviews, Graham hammered home his commitment to investigating the Bidens, despite offering no evidence the father and son have done anything wrong.

Specifically, Graham said he wants to see transcripts of Biden's phone calls from February and March 2016 with Ukraine’s then-president, Petro Poroshenko, regarding U.S. demands that the country fire its top prosecutor.

Graham's comments come as other Republicans are attempting to redirect the nation's political focus away from the impeachment hearings and toward the Biden family and their business connections to Burisma Holdings, a Ukrainian gas company.

In his 20-minute press conference in Charleston, Graham repeatedly accused the media of treating the Biden accusation unfairly.

"This is an effort to find out who did what," Graham said, when asked whether his inquiry was rooted in trying to upend Biden's 2020 presidential campaign efforts.

Trump has accused Hunter Biden of using his father's influence to get a high-paying job on the board of the Ukrainian energy company, while Democrats in their impeachment inquiry have said Trump held up military aid to Ukraine to prompt an investigation into the Bidens.

Last week, Graham requested documents from the State Department in an effort to uncover new information related to Hunter Biden's activities while he was on the board.

The move upset Biden, who in a CNN interview said he was "embarrassed" for his longtime Senate colleague and friend.

"I am disappointed, and quite frankly I’m angered, by the fact — he knows me, he knows my son. He knows there’s nothing to this,” Biden told host Don Lemon. "Trump is now essentially holding power over him that even the Ukrainians wouldn’t yield to. The Ukrainians would not yield to, quote, ‘investigate Biden’ — there’s nothing to investigate about Biden or his son."

Asked about Biden's response, Graham said the comments are "not going to work."

"My conscience is clear," Graham said, while taking questions from reporters in Charleston.

"I love Joe Biden as a person. He is a really decent man. He's had a lot of tragedy in his life, but I have a conscience very clear right now. And I have a duty, if the House is going to shut it down the Senate is going to pick it up," he said.

During the middle of the press conference, the political intensity of the inquiry in Washington came to Charleston.

A woman interrupted the press conference and shouted that she found Graham's support of Trump "spineless and appalling." Graham thanked her.

Then, a Graham supporter yelled, "We love you Lindsey."

I love Joe Biden as a person but we are not going to give a pass to what is obviously a conflict of interest. I believe Hunter Biden’s association on the Burisma board doesn’t pass the smell test. If a Republican was in the same position, they’d certainly be investigated!

Immediately after the Charleston appearance, Graham took his concerns to the airwaves where he was interviewed on "Fox News" radio.

He echoed many of the talking points he had made earlier, but expanded on his friendship with Biden.

"It's up to him if he wants the friendship to continue. It's not up to me," Graham said.

As the interview progressed, Graham noted this is politics.

"If it can't withstand me doing my job, it's not the friendship I thought we had."

Graham said he is unsure of the timeline on impeachment moving forward but said he will be watching closely to see how freshman Democrat U.S. Rep. Joe Cunningham, D-Charleston, votes.

Cunningham earlier voted in favor of the inquiry going forward.