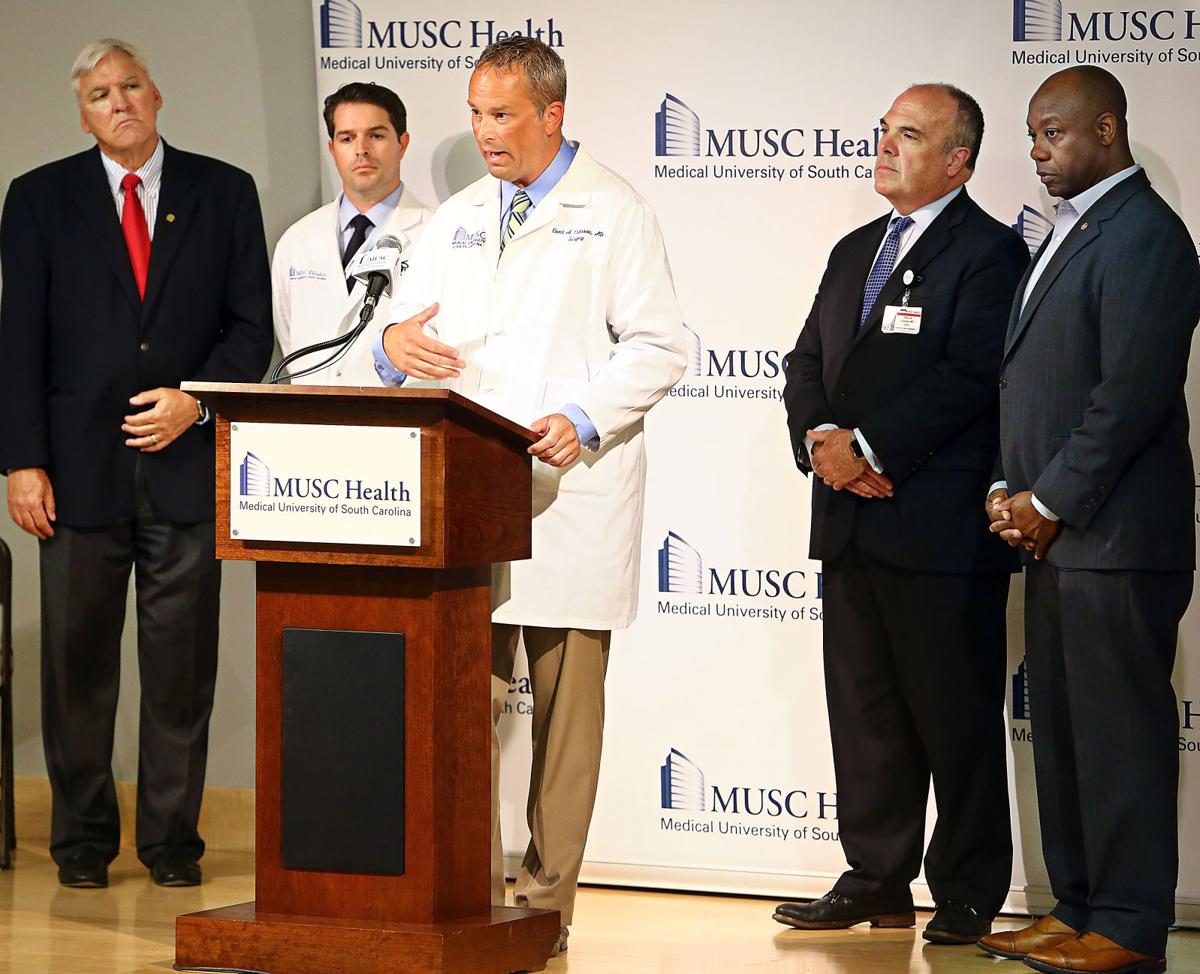 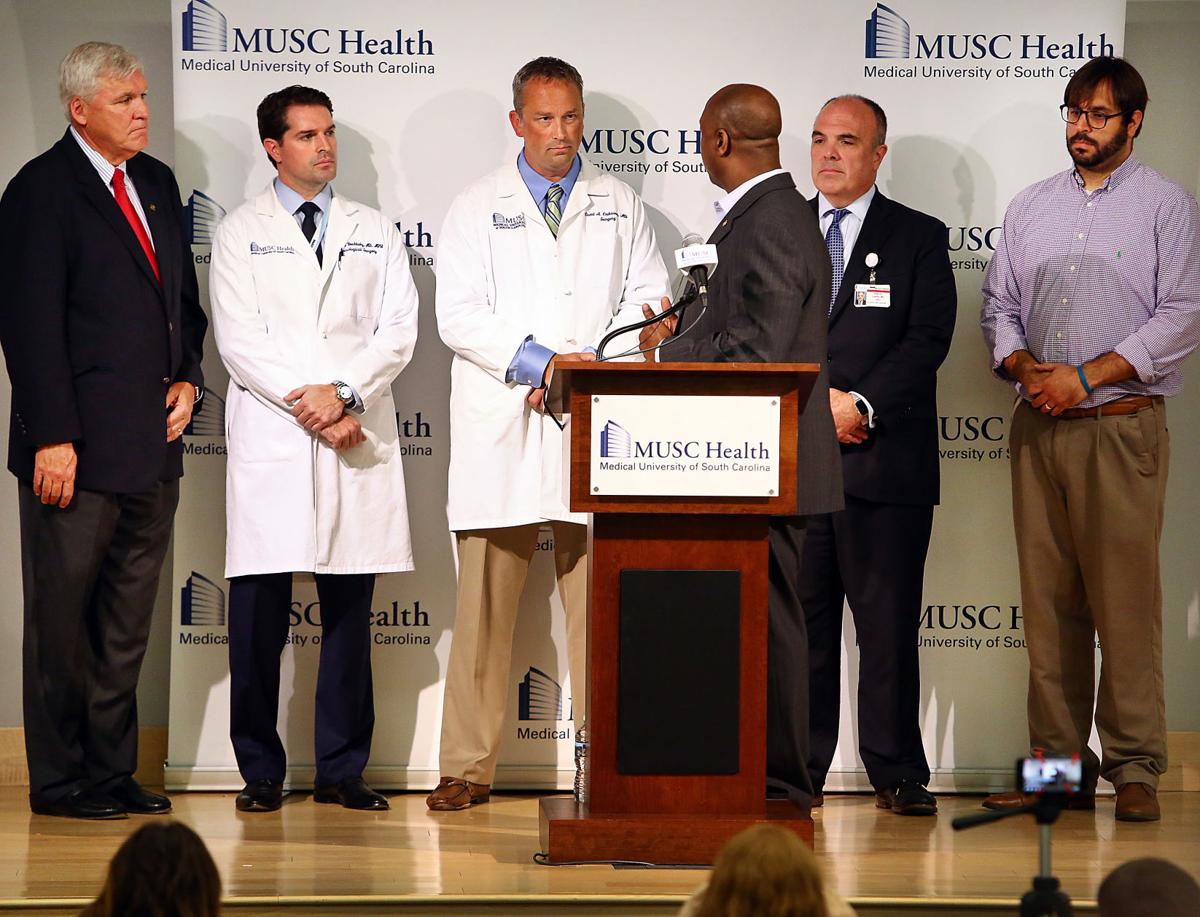 U.S. Sen. Tim Scott thanked MUSC and its physicians for their work in treating his friend and fellow Republican Katie Arrington, who was seriously injured in a car wreck. Wade Spees/Staff 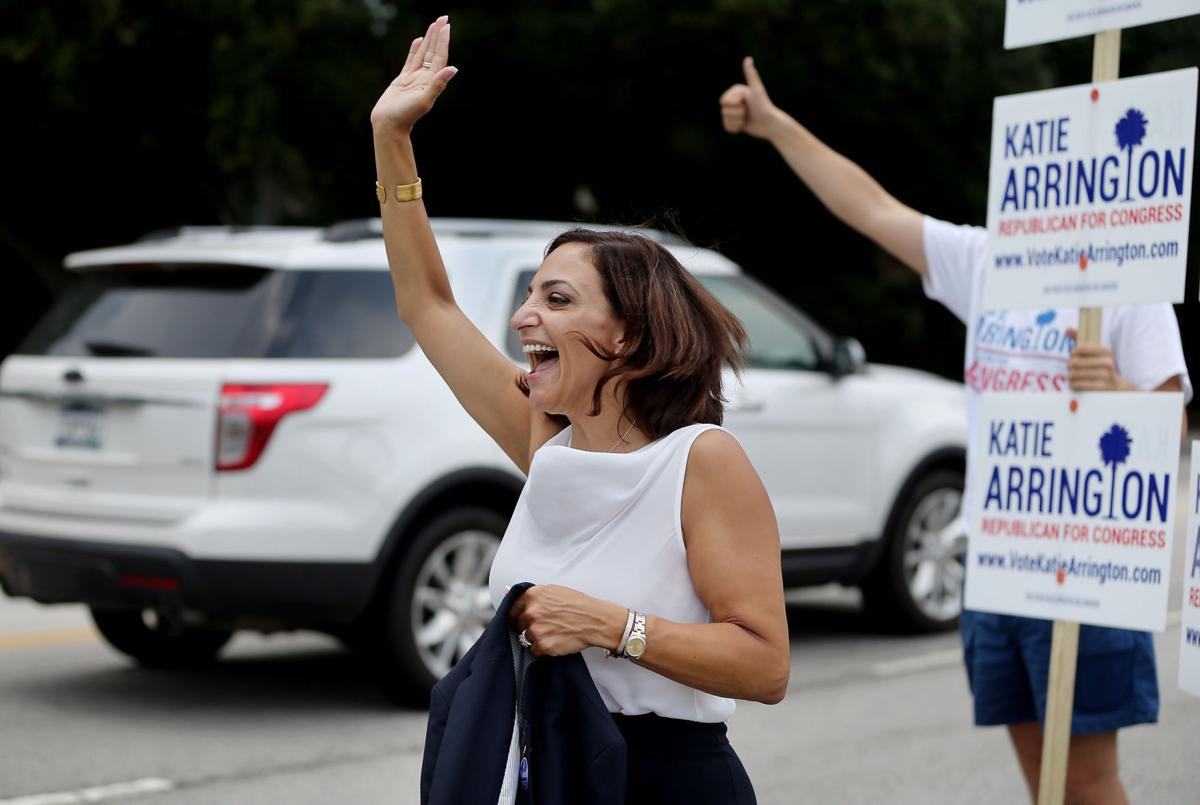 U.S. Sen. Tim Scott thanked MUSC and its physicians for their work in treating his friend and fellow Republican Katie Arrington, who was seriously injured in a car wreck. Wade Spees/Staff

After congressional candidate Katie Arrington was taken off a ventilator Monday morning, her doctors gave her the news.

Her injuries from a high-speed car crash Friday night had been severe and traumatic: Two rib fractures. A colon injury. Two small bowel injuries. Injuries to her iliac artery. Bleeding from her abdominal wall. And spinal injuries that included a fracture to her second vertebrae.

The 47-year-old had undergone three surgeries, including two Sunday that together totaled nine hours.

Driver who hit Katie Arrington was in hit-and-run moments before, authorities say

Arrington reached for a piece of paper.

During a Monday morning press conference at the Medical University of South Carolina in downtown Charleston, Arrington's doctors confirmed she is expected to make a full recovery within the next two weeks.

"She has been very strong through this entire event and has responded as a patient much younger than her true age. I expect her to make a quick recovery," said Dr. Evert Eriksson, a trauma surgeon at MUSC who operated on Arrington Friday night.

Dr. Avery Buchholz, the neurosurgeon who operated on Arrington's spine Sunday afternoon, said difficult but achievable rehabilitation is in her future.

She'll have to relearn how to sit up, stand, walk and walk up stairs, but Buchholz described his patient as "very motivated." Eriksson said he expects Arrington will be sitting up and standing in as soon as a few days.

He also described it as "outstanding" that Arrington did not have any traumatic brain injury.

"Katie is going to be the Republican nominee," he said Monday.

Campaign activity will go on, he said, and surrogates from Congress and political leaders nationwide have reached out to do events or fill in on her behalf until she can return to a more set schedule.

U.S. Sen. Tim Scott, R-S.C., is one of those who will do appearances for Arrington, who is currently a state representative of Summerville.

Scott, who held the congressional seat before going to the U.S. Senate, confirmed plans to hold a fundraiser on Arrington's behalf in September.

"I was struck by one of the first words she wrote was 'miracle,' " he said of her response after waking up in the hospital.

He expects her back on the trail as soon as mid-July, either at events or making calls.

Arrington's latest medical update came three days after she suffered serious injuries in a deadly car accident Friday night on U.S. Highway 17 south of Charleston near Adams Run. A car going the wrong way smashed into the Hyundai Elantra that Arrington was riding in as a passenger.

The driver of the other car, a Pontiac Bonneville, was Helen White, 69, of Ravenel. She died at the scene.

The driver in the car with Arrington was identified as Jacqueline Goff, 59, from Mandeville, La. She too was critically injured. Her recovery is expected to take much longer, doctors said, but they could give no estimate of how long she will be in the hospital. She too escaped traumatic brain injury.

Meanwhile, White is believed to have been involved in a hit-and-run accident only moments before the Arrington crash.

In doing so, she turned wide onto U.S. 17 and struck another vehicle that was attempting to turn left from U.S. 17 southbound onto S.C. 174, authorities said.

She did not stop for the collision, and continued driving northbound in the southbound lanes of U.S. 17.

County deputies were dispatched to the hit-and-run just prior to receiving the call for the Arrington crash. There were no injuries reported from the hit and run accident.

Deputies do not have an indication of the presence of alcoholic beverages in either White's or the vehicle driven by Arrington's friend, Goff.

At the press conference Monday, Arrington's husband, Rob Arrington, sat in the front row of the auditorium where the media event was held. Goff's husband and daughter, Mike Goff and Madison Goff, sat to his right. At times, family members wiped away tears.

Family members did not take questions from the media, but Arrington's husband was overheard thanking MUSC doctors following the press conference.

Democratic Party 1st Congressional District nominee Joe Cunningham has suspended his campaign following the accident and, according to Mule, Arrington is thankful for his action.

In the event Arrington's health does not recover to the point she can continue to campaign and she is forced to drop out, state law does address the process for replacing a candidate on the ballot.

Sections 7-11-50 and 7-11-55 of the state code would be the applicable laws addressing someone who quits a race for health reasons, which would trigger holding a special primary — in this case for Republicans only — to refill the nominee spot.

A new GOP nominee would be picked in that new primary. It could be held as soon as two weeks before the Nov. 6 general election, State Election Commission spokesman Chris Whitmire said.

In the event a new nominee is picked closer to Nov. 6 than the two-week window, the election for the 1st District would be bumped into December.