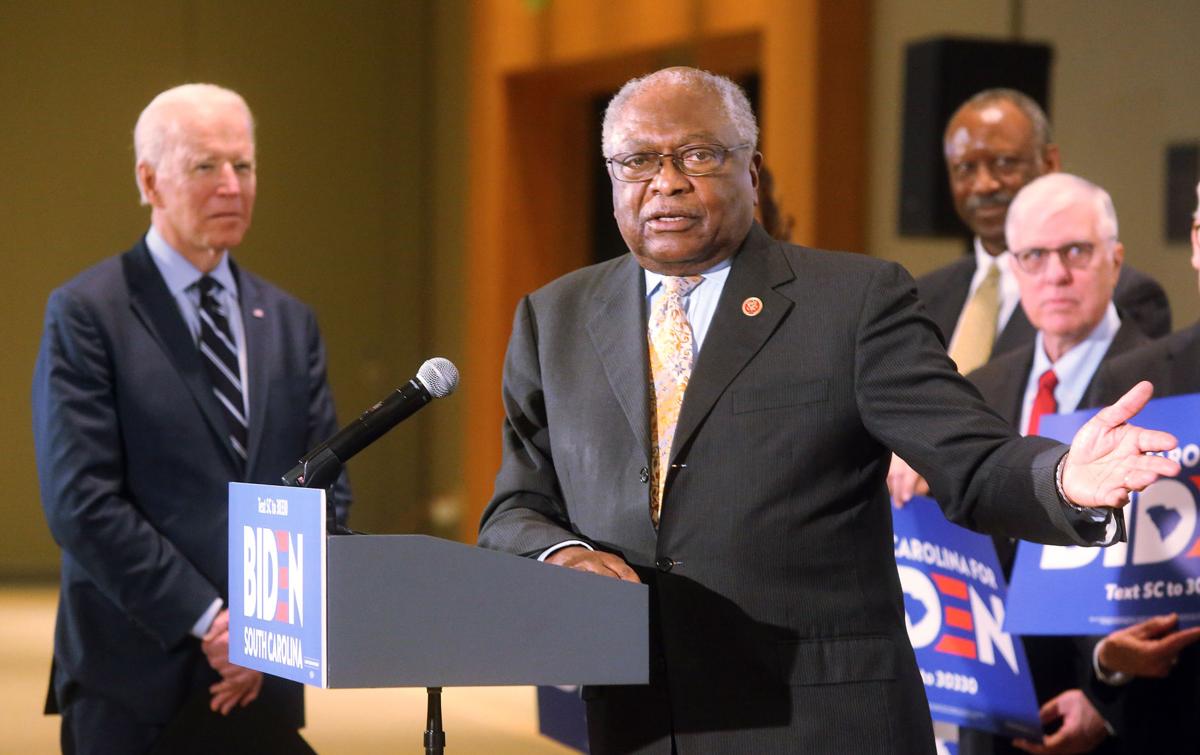 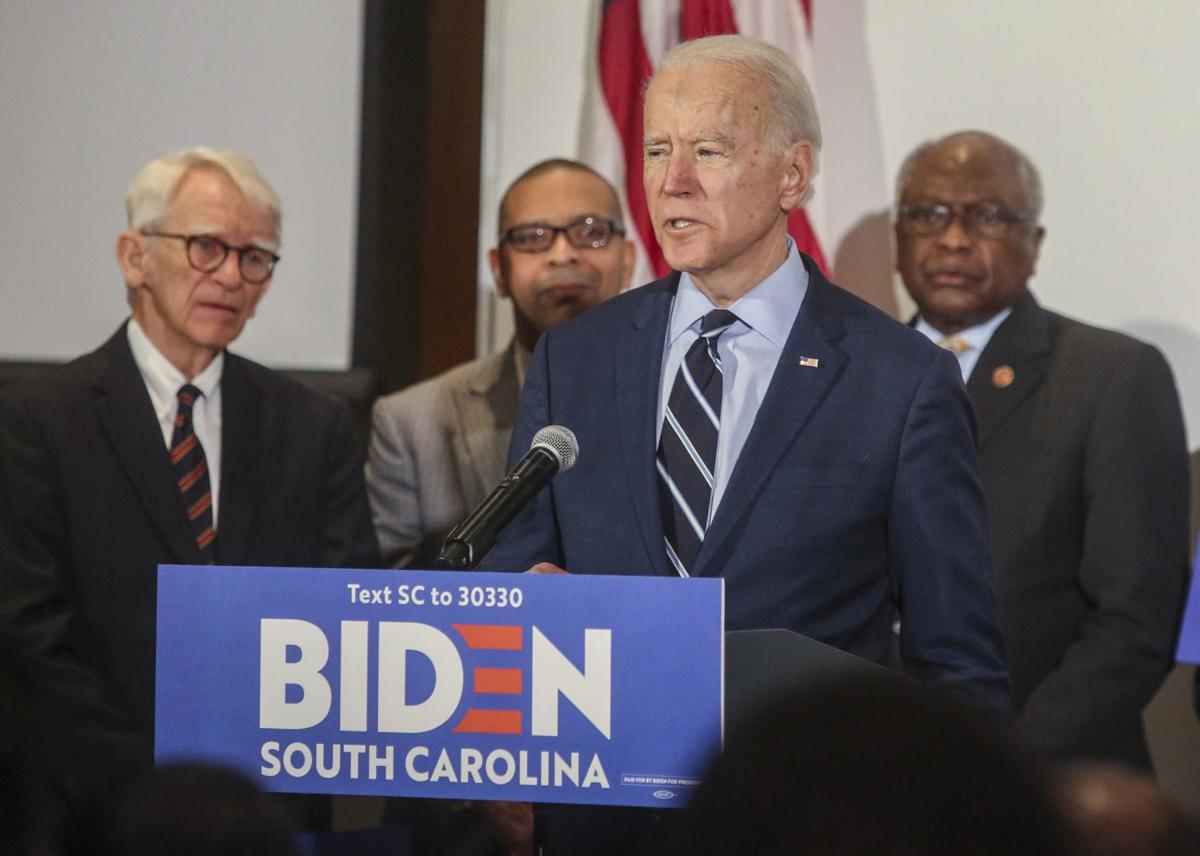 As South Carolina's most influential Democrat and the highest-ranking black member of Congress, Clyburn's support for Biden could hold far more significance than a typical presidential endorsement. It boosts him as he seeks to stave off two surging rivals in U.S. Sen. Bernie Sanders and businessman Tom Steyer in a state where about two-thirds of the Democratic electorate is African American.

"I know Joe, we know Joe, but most importantly Joe knows us," Clyburn told reporters at Trident Technical College in North Charleston, flanked by Biden and top S.C. supporters.

A visibly emotional Clyburn said his late wife Emily, who died just a few months ago, loved Biden more than any other political leader and talked about him often.

Clyburn said he has never been more fearful about the country’s future under Republican President Donald Trump and views Biden as the candidate who can “restore the country’s dignity and respect.”

The congressman also has taped an ad for Biden’s campaign to air in South Carolina over the next few days before Saturday’s primary, an aide said.

“South Carolina chooses presidents,” Biden said. “You launched my buddy Barack Obama to the White House, and I firmly believe on Saturday you hold in your hands the power to choose the next president of the United States.”

Clyburn has represented a wide swath of South Carolina, including parts of Charleston, Columbia and many rural communities in the southern half of the state, since 1993 and has risen to the House's third-ranking role as majority whip.

While Clyburn was expected to endorse Biden given his longstanding relationship with him, Clyburn continued to dangle the possibility throughout the race that he might choose someone else, even telling The Post and Courier as late as Sunday that he could still change his mind.

He pointed to U.S. Sens. Amy Klobuchar and Elizabeth Warren as other alluring possibilities, praising Klobuchar for her legislative productivity and Warren for working with him to try to reduce student loan debt.

But the announcement Wednesday morning put to rest any doubt, and it puts Clyburn in company with many of his black congressional colleagues who have also backed Biden.

Clyburn's endorsement came just hours after a cantankerous presidential debate in which Biden and most of his opponents struggled to create much distance between each other, instead spending much of the evening talking over each other and the CBS moderators.

With just three days until South Carolina's "First in the South" primary, all the candidates have been clamoring for any last momentum they can find in the Palmetto State, none more so than Biden, who is depending on a commanding performance here to revive his third presidential campaign.

Biden has stumbled in early races in Iowa and New Hampshire before coming in second in Nevada on Saturday. South Carolina has become his so-called "firewall."

With his deep ties in the state, Biden has led South Carolina polls for the past year. But Sanders and Steyer have closed the gap over the past two months, with Steyer in particular siphoning the African American voter support that has made Biden the leader in the state.

The conventional wisdom is that Biden needs to win South Carolina handily, perhaps by double digits, to show strength heading into next week's Super Tuesday races, when 14 states hold primaries.