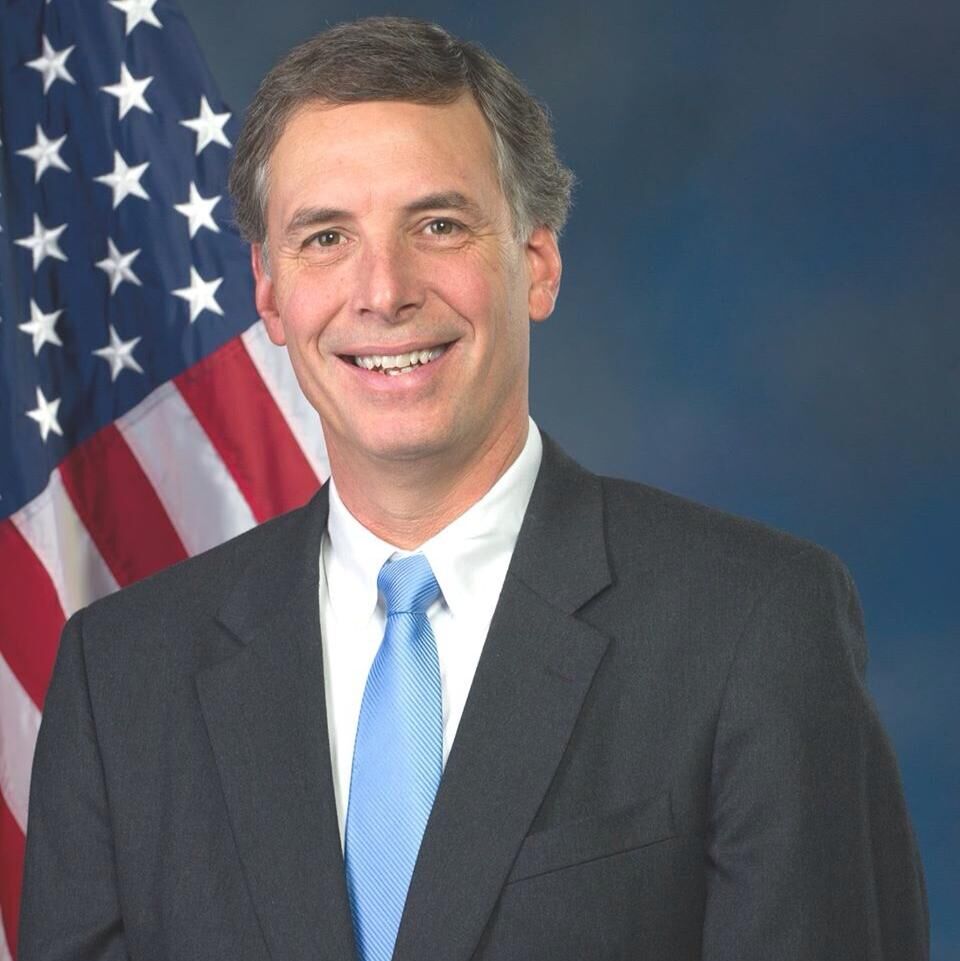 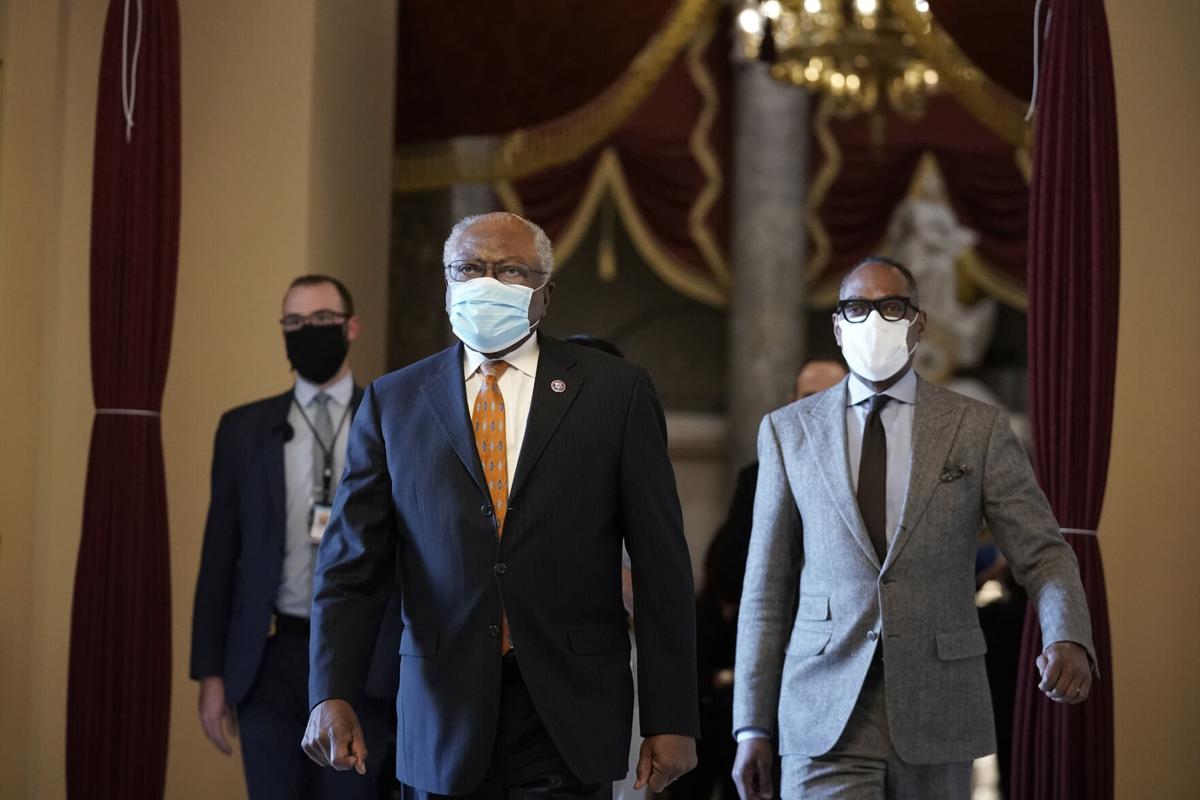 Myrtle Beach Republican U.S. Rep. Tom Rice stunned the South Carolina political universe by voting to impeach President Donald Trump, a move destined to spark outrage in his home district where support for Trump runs high and to the extreme.

In a pivot that came without a hint to his constituents or the media, Rice was one of 10 Republicans who voted in favor the Democratic-led impeachment naming Trump for inciting last week's riot where supporters stormed the Capitol Building. The final result was a 232-197 vote to impeach.

Heading into the debate, Rice hoped the Democrats wouldn’t bring articles of impeachment to the floor. While he didn’t exactly agree with every part of their document, he said what happened just a week earlier swayed his mind.

“When it got out of hand, Trump didn’t do anything. He was watching it on TV ... and tweeting that Vice President Mike Pence didn’t have courage,” Rice said, recalling a mob beating on the door of the House of Representatives.

“He never came out and did a press conference; he never spoke to the country. Here we sit a week later and six people were killed, including two Capitol police officers, (one committed suicide later) and he hasn’t addressed the nation yet? He hasn't offered condolences to the hundreds that were injured or for the two police officers that were killed?”

After the protests, Rice still objected to the election results. The congressman said on Tuesday that his protest had nothing to do with Trump, rather a concern that the constitutional powers given to state legislatures had been violated in swing states by judges and other officials changing election laws.

Once he returns to South Carolina, Rice plans to hold a press conference to address his vote further. He said he had been loyal to Trump through easy and tough votes over the last four years but after last week he didn’t feel the president was loyal to him back.

“I’ve been loyal to him, but he certainly didn’t feel loyal to us,” Rice said.

Hicks: Mace defiantly forges her own path, defies trolls, in her first week

Rice released a statement condemning the president's inaction once the assault began, but also his weak response and lack of contrition.

"He has not offered condolences. Yesterday, in a press briefing at the border, he said his comments were 'perfectly appropriate,'" he said.

House Majority Whip Jim Clyburn, the lone Democrat from the Palmetto State, joined Rice in voting for impeachment while South Carolina's other five members of Congress, all Republicans, voted against passing the article. Among them was Charleston U.S. Rep. Nancy Mace, who earlier in the day made a floor speech putting responsibility for the riot on Trump.

Clyburn in his address Wednesday said he wanted to hold Trump responsible after a mob of his ardent supporters occupied the Capitol building for several hours.

"While the president failed in his attempt to upend our democracy, last Wednesday’s events make clear that if we do not hold him accountable and remove him from power, a future attempt could succeed," Clyburn said.

Still, it was Rice's departure from his GOP colleagues that left the state stunned. Just last week, the entire S.C. GOP congressional delegation, except for Mace, voted to object to certifying the Electoral College results that secured President-elect Joe Biden's victory.

“He truly believes you do the right thing and everything else will work out,” Rice's political consultant Walter Whetsell told The Post and Courier after news of the vote trickled out. “He didn’t give it two seconds of political thought.”

Gibbs Knotts, a political scientist and the dean of the College of Charleston's School of Humanities, said Rice's turn against the president was the last thing he expected out of Wednesday’s vote.

“That’s a huge surprise,” Knotts said. “This is a very Republican district that Trump did very well in. But I can see him reacting to what happened last week, it was an attack on members of Congress.”

Rice's 7th Congressional District covers the northeast corner of the state up on the North Carolina border and includes the Myrtle Beach vacation center and the farming and tobacco counties surrounding Florence. In Horry County alone, Trump collected 66 percent of the vote in November. Rice has been in office since 2012.

There were immediate signs of backlash. S.C. GOP Chairman Drew McKissick lambasted the Democrats' impeachment as a political stunt that would do "nothing but harm the country and our party."

He went further and took a strong jab at Rice: "We completely disagree with this sham and to say I'm severely disappointed in Congressman Tom Rice would be an understatement."

Democrats from the district were likewise taken back. Cedric Blain-Spain, a Democratic party activist in Conway who has been involved in campaign events against Rice, was shocked to hear Rice had voted to impeach the president.

“I’m glad he had a come-to-Jesus moment,” Blain-Spain said.

While all of South Carolina's Washington delegation have decried the violence in Washington, D.C., up until Wednesday it was only Mace and Clyburn who publicly blamed Trump's rhetoric as stoking the violence that led to the Capitol assault.

Other House Republicans voting against impeachment Wednesday were Jeff Duncan of Laurens, Ralph Norman of Rock Hill, William Timmons of Greenville, and Joe Wilson of the Lexington area.

Mace said she opted against voting to impeach because she saw it as a rushed and divisive process.

"The U.S. House of Representatives has every right to impeach the President of the United States," she said early Wednesday morning in what was her first House speech since being sworn in last week. "But what we're doing today, rushing this impeachment in an hour- or two-hour-long debate on the floor of this chamber and bypassing Judiciary, poses great questions about the constitutionality of this process."

Mace's statements against Trump and the GOP effort against certifying the Electoral College results had enflamed tensions within the GOP. A report late Tuesday night from Axios showed Mace had gotten into a heated text exchange with U.S. Rep. Marjorie Taylor Greene, R-Ga., in a group message with all freshmen GOP members.

Greene is well-known for her support of the QAnon conspiracy theory that alleges Trump is secretly fighting a "deep state" ring of pedophiles, and has also alleged unproven election fraud leading to his loss.

“I’m disgusted by what you and other Q-conspiracy theorists did last week in the chamber after all of the violence," Mace texted to her Tuesday.

During her floor speech, Mace took a swing at GOP lawmakers who hold to the baseless allegations of widespread election interference.

"I also believe that we need to hold accountable every single person, even members of Congress, if they contributed to the violence that transpired here," Mace said.

Clyburn initially was worried that forcing a trial just as Biden is taking office could hinder the president-elect's administration by eating up valuable time when his Cabinet nominees could be approved. But, on the House floor, Clyburn said he views it as a matter of standing up for democracy.

"This president’s refusal to take part in a peaceful transfer of power — and his role in causing last week’s violence — pose an existential threat to our constitutional democracy," Clyburn said.

The impeachment case now moves to the Senate but on an uncertain timetable. South Carolina's two Republican senators, Lindsey Graham and Tim Scott, both have said they oppose impeaching Trump.