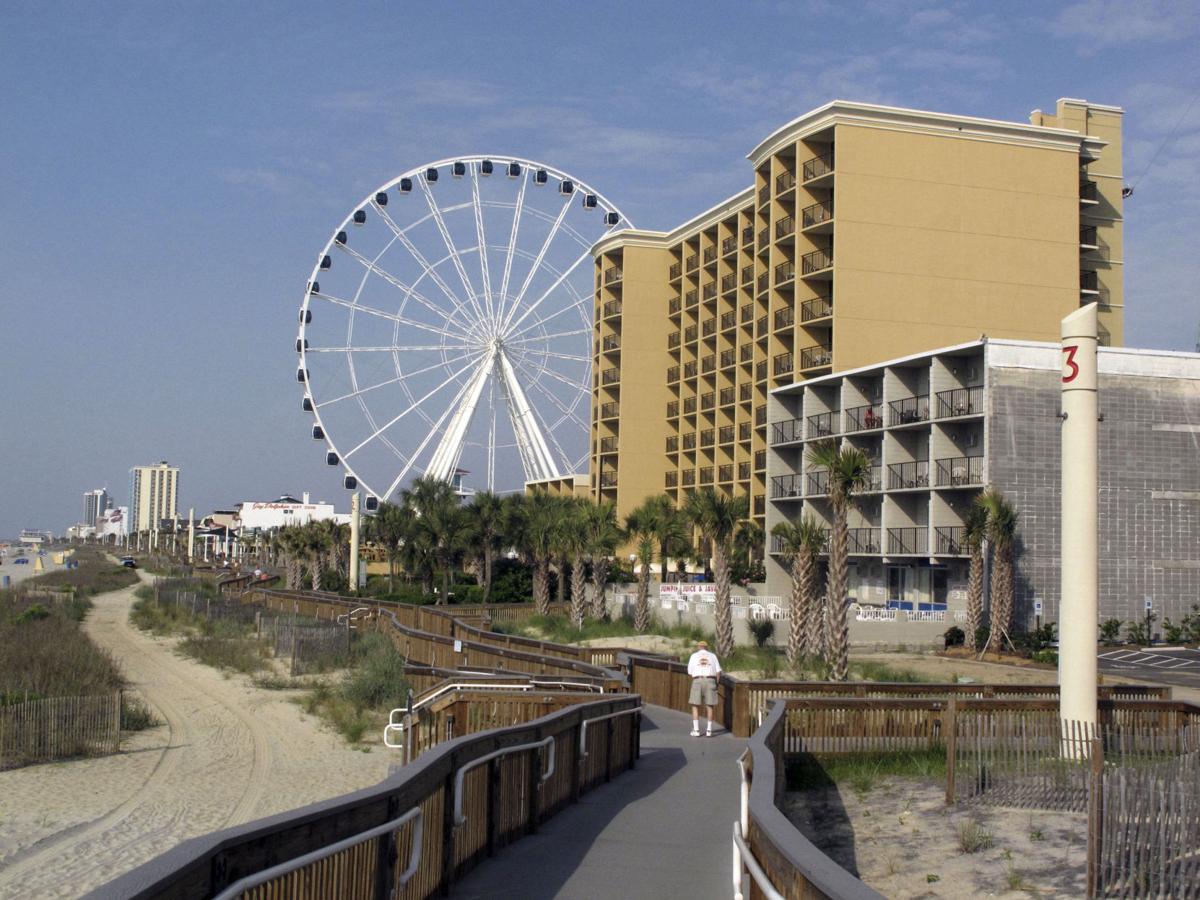 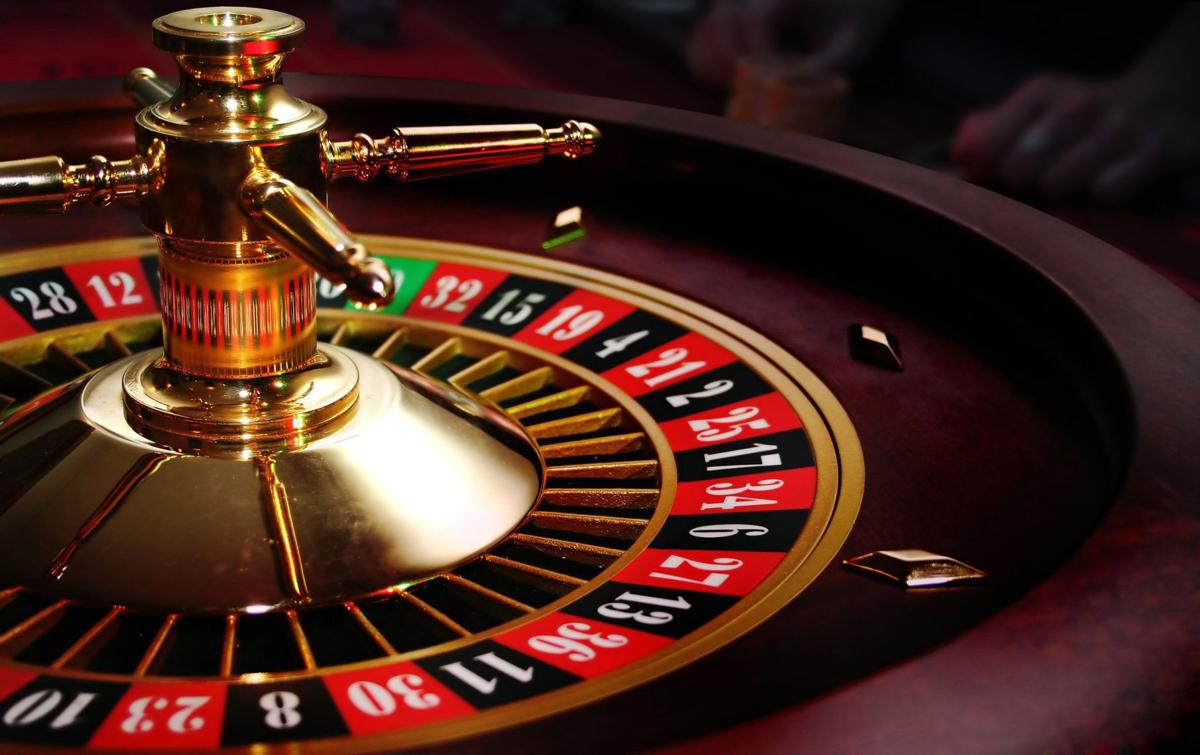 COLUMBIA — With the chances of a gas-tax increase to pay for road repairs dwindling, advocates of bringing casinos to South Carolina think they have found a winning hand.

Republican Gov. Henry McMaster declared last week that he would veto raising the state fuel tax for the first time in 30 years to fix crumbling roads and bridges. He favors a plan to borrow $1 billion, which would cover a small portion of the state's repair tab and comes a year after lawmakers already agreed to borrow $2 billion for roads.

But there's another roads-funding plan, one favored by a majority of South Carolinians, that's on the table.

Casinos in the Myrtle Beach area and along the borders of North Carolina and Georgia could have South Carolina cashing in a potential $500 million a year while not raising gas pump prices or adding to the state debt load, legalized gambling backers say.

"I think that the amount of support for luxury casinos is already there," said House Minority Leader Todd Rutherford, who has proposed a casino bill. "I think when the governor makes statements like these ... (it) is indicative of the fact that he doesn't understand the best way to run the state. But we can all recognize that new money is needed in order to fund the problem. Casinos is simply the best way to raise that new revenue."

Casino backers have a new ally in Horry County Council Chairman Mark Lazarus, a Myrtle Beach Republican businessman. Bringing casinos to the beach could help pick up business in the slower winter months.

"I think it's something worth looking at," Lazarus said.

But casinos will have a tough time with powerful politicians and tourism leaders lined up in opposition. Gambling foes in the Bible Belt state cite moral objections or the potential for increased crime. Others say they favor increasing taxes and fees to pay for roads.

Opponents are betting against the wishes of most folks in the state. More than two-thirds of South Carolinians surveyed in a recent Winthrop University poll favor allowing casinos to pay for the state's road needs. And more than half said they would support casino gambling regardless of where the money went.

Casinos have been part of the state Democrats' agenda for years. Rutherford of Columbia and Sen. Gerald Malloy of Hartsville, both Democrats, have introduced legislation this year that would ask voters if they support legalizing gambling in certain parts of the state. Rutherford proposes using the revenue for road repairs; Malloy suggests the money go toward paying the state's pension deficit.

But some Republicans are getting on board. State Rep. Bill Herbkersman, R-Bluffton, said the potential economic impact of casinos drew his support.

"If you don’t want the casino you don’t have to go, we’re not forcing anyone," he said. "But if there’s an opportunity for some better jobs, it's something worthy of exploring."

Thomas Lasater, a retired social worker who moved to Myrtle Beach from California in 2014, said he was torn about the possibility of bringing casinos to the Grand Strand.

The New Jersey native said that while he loves gambling — and does so on every vacation he takes — he worries that lawmakers count on the revenue serving as a panacea for all that ails the state.

"Personally, would I like to have a casino within driving distance of me? Yes," he said. "Would I go there? Absolutely. But am I delusional in thinking that it would fix all the problems? Not at all."

Lasater said he would support a limited number of casinos on the Grand Strand to keep it from becoming another Atlantic City.

"Everything has to be orchestrated well so that it's integrated into the community so (a casino) doesn’t bring the negative aspects along with the positive aspects of the money," he said.

State lawmakers from the Grand Strand either say they are completely against offering gambling in South Carolina or don't believe it's a sustainable way to raise money for roads or the pension system.

"I'm against gambling, it goes against my beliefs — so I just don’t think that’s the way to raise the money," Conway Republican Rep. Jeff Johnson said.

"It's hard to justify it because we don’t have the fortitude in the General Assembly to face up to the fact that you have to pay to build your roads in the way every other state in the country has done it — by taxing those who use those roads," said Senate Judiciary Chairman Luke Rankin, R-Myrtle Beach.

Even before McMaster voiced his opposition, the S.C. Senate rejected giving special priority to a roads bill with a gas tax increase, a move that delays debating the proposal. Two-thirds of Senate Republicans, including Hembree and Stephen Goldfinch of Murrells Inlet, voted against the move, a sign that Rutherford said proves why the state needs to try something else.

On Thursday, however, senators teed up the roads bill for debate when they return from spring break on April 18.

"This is the alternative source," Rutherford said. "If they’ve got a better idea, I’m open to listening to it, but I know that they don’t."

"The Myrtle Beach area is already a tourist mecca and even has greater potential to grow without any gaming," he said.

For those who do want to gamble, they can travel to Little River and hop on Big "M" Casino yachts that sail three miles off the coast into international waters to allow passengers to play Texas Hold'em, blackjack, roulette and slots.

"It does well," Lazarus said. "But their limitations are you have to go out on a boat and spend that amount of time (confined there)."

Each of the four casino cruises offered daily lasts at least five hours.

In 2010, Shuman's Diamond Casino Cruz II Inc. filed an application to operate a casino boat from North Charleston, shortly after approval of a local ordinance allowing those type of cruises. That venture never materialized.

Dean said 3 to 4 percent of Grand Strand visitors surveyed say they consider a casino boat as an option for entertainment while on vacation, while about 20 percent usually take trips elsewhere to gamble.

"For such a small state, we have a wonderfully diverse tourism offering, and we don’t have to be all things to all people," he said.

Rutherford has suggested placing casinos along the borders of South Carolina, such as Rock Hill and North Augusta, to allow easier access for gamblers from areas of neighboring states that don't have legalized gambling.

A state just below the Mason-Dixon Line is essentially where legalized gambling stops for much of the the East Coast, where casinos have flourished up north.

Maryland casinos generated $128.7 million in statewide gaming revenue in February alone. Of that, about $38.5 million went to the state's Education Trust Fund. Casinos have contributed more than $1.8 billion to the fund since opening in 2010.

"As saturated as the Northeast is with casinos everywhere, we’re the southern boundary," Maryland Lottery and Gaming Control Director Gordon Medenica said. "We have the ability to draw customers from a fairly large area that does not allow casinos."

"All of a sudden, people in the area have jobs, the economy is better and businesses in the vicinity see an uptick," he said.

South Carolina supporters haven't yet called on lobbyists to help drum up support for the bills, with Rutherford saying a shortened session has forced him to focus on other issues.

Malloy also said he has yet to test the waters with his bill that would fund the pension system, adding that the House's denial of a proposed budget item that would have created a panel to look the benefits of allowing casino gambling was telling.

But Rep. Russell Ott, D-St. Matthews, said the fact that the provision got the bipartisan support of 40 lawmakers in the House was a good sign. For the rest of the legislators, Ott said they need a grassroots movement.

"Public awareness needs to be raised," Brown said. "The Confederate flag never would have come down had there not been public outcry."