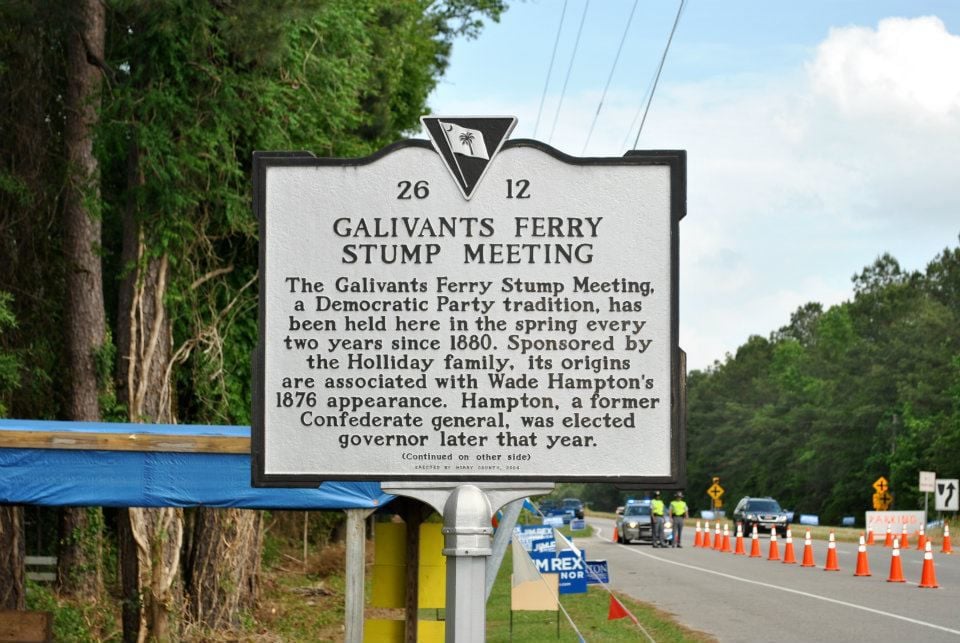 The Galivants Ferry Stump has been a Pee Dee Democratic gathering in South Carolina for more than 140 years. Provided 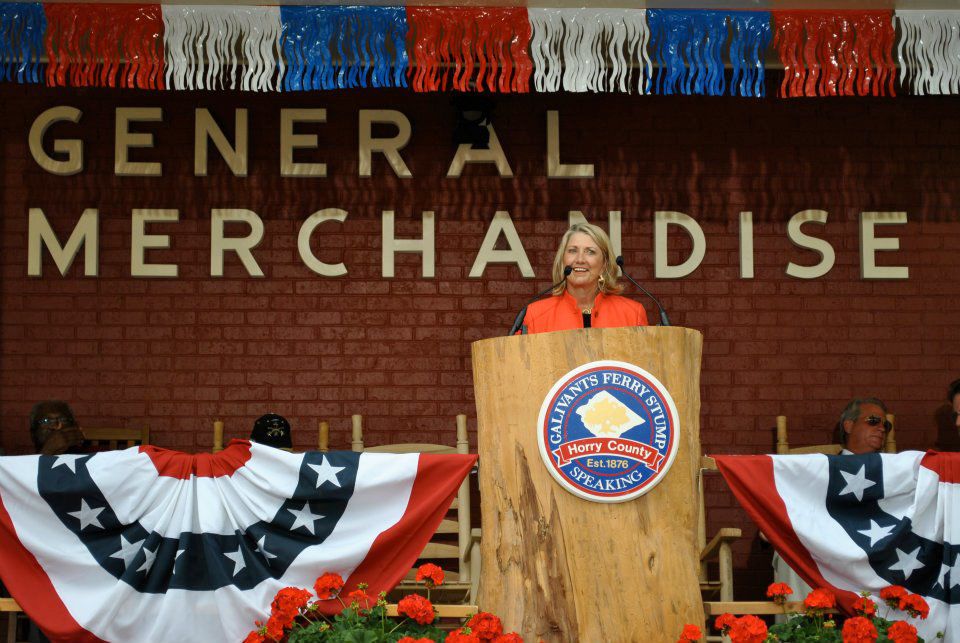 Russell Holliday speaks at the Galivants Ferry Stump, a biennial event her family has held for 143 years on the western edge of South Carolina's Horry County. Provided

COLUMBIA — The historic Galivants Ferry Stump will add a new twist to a long-running tradition next month: A special edition for the 2020 Democratic presidential primary.

The stump has been held every other spring for the past 143 years in Galivants Ferry, an unincorporated community on the western edge of Horry County, giving candidates an opportunity to make their case and mingle with thousands of South Carolina voters in the months before each election.

But with so much attention now on the Palmetto State's First in the South Democratic presidential primary, the organizers have decided to hold an extra stump next month on Sept. 16 for what is believed to be the first time ever.

"This has never been done before," said Christy Holliday, whose family has sponsored and hosted the event outside their Pee Dee Farms General Store for generations. "But we're first in the South, and the South Carolina Democratic Party thought it was a real good idea, so we're giving it a try and we're going to hit it running."

Dating back to Gen. Wade Hampton's campaign for governor in 1876, when he arrived on horseback to speak to voters, the Galivants Ferry Stump is considered to be the longest continually running event of its kind in the country.

Former Vice President Joe Biden is confirmed to attend the stump, and more are expected. It won't be Biden's first time at the event: He was the keynote speaker at the 2006 stump, one of many prominent national politicians to attend in years past.

As is tradition, the event will get started at 5 p.m. with live bluegrass music and clogging folk dancers, with the political speaking to begin at 6 p.m. Organizers expect thousands of S.C. voters from around the state to attend.

As 2020 presidential candidates campaign in SC, Pee Dee has been mostly left out

"It's your true retail politicking," said Sally Howard, a former chairwoman of the Horry County Democratic Party who is coordinating the event. "They have the opportunity to work the crowd and do that old one-on-one campaigning. So we're just real excited to bring the history to 2019 with all of these candidates."

The stump will also give more presidential candidates a reason to visit the Pee Dee region of the state, which has — except for a couple candidates — generally been neglected on the campaign trail so far.

One of the most consistent stump attendees for decades was the late U.S. Sen. Fritz Hollings, who started going to the stump in 1954 when he was running for lieutenant governor. In 2004, the stump honored Hollings with a special theme: "50 years of stumping with Fritz."

At Hollings' prompting, the Library of Congress recognized the Galivants Ferry Stump Speaking as part of its Local Legacy exhibition. The stump also was featured on NBC's "Today" show in 1986 and ABC's "Good Morning America" four years later.

It was at Hollings' funeral earlier this year in Charleston that Russell Holliday, Christy's sister, said she began hearing from many longtime friends who thought it would be a good idea to host a special presidential stump.

"It started us thinking," said Holliday, who then began reaching out to Democratic officials and the campaigns. "All of the candidates we spoke to were very excited and wrote down the date. So we're hoping more of them jump on it."

The Sept. 16 event will be free to attend, as it always has been, on the banks of the Little Pee Dee river.