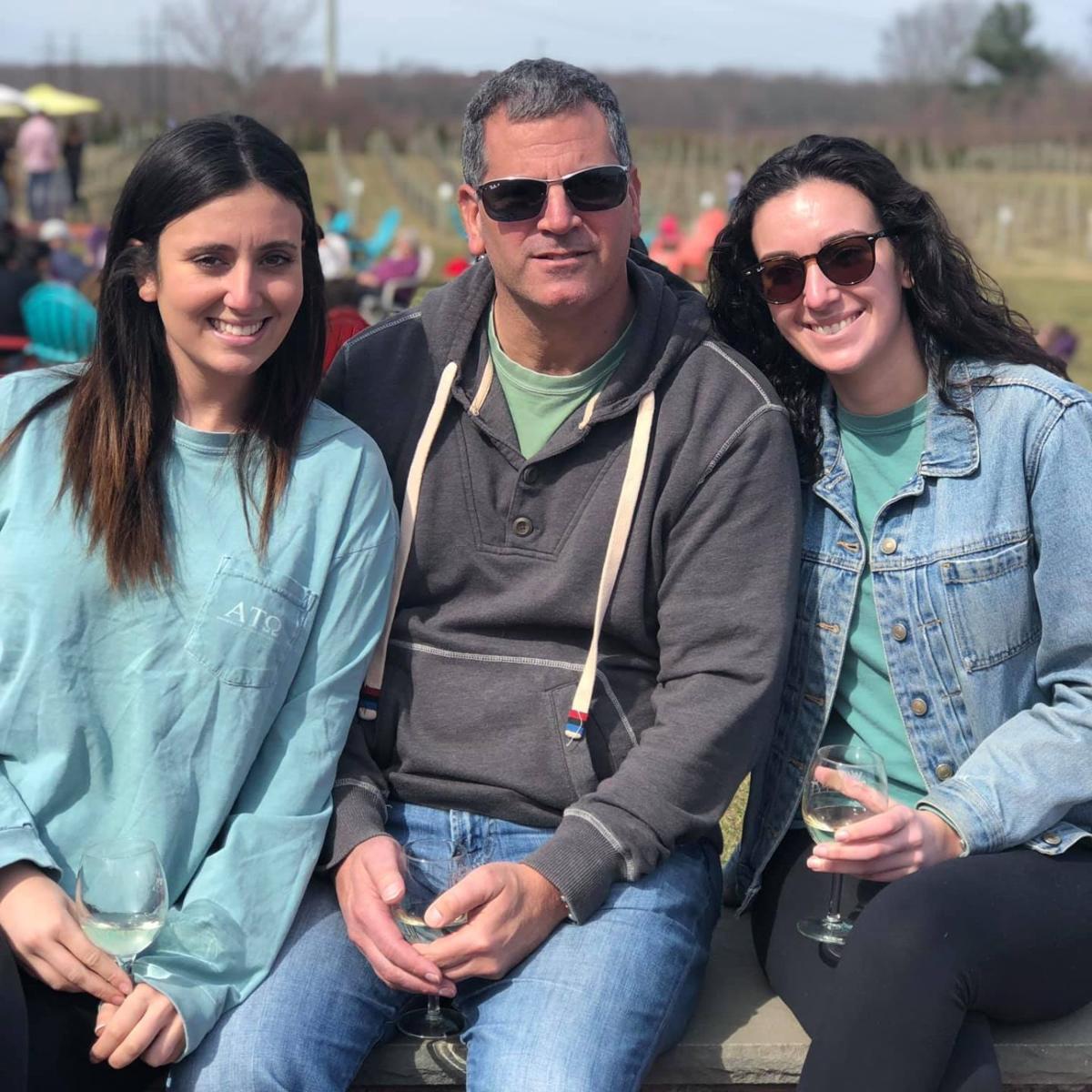 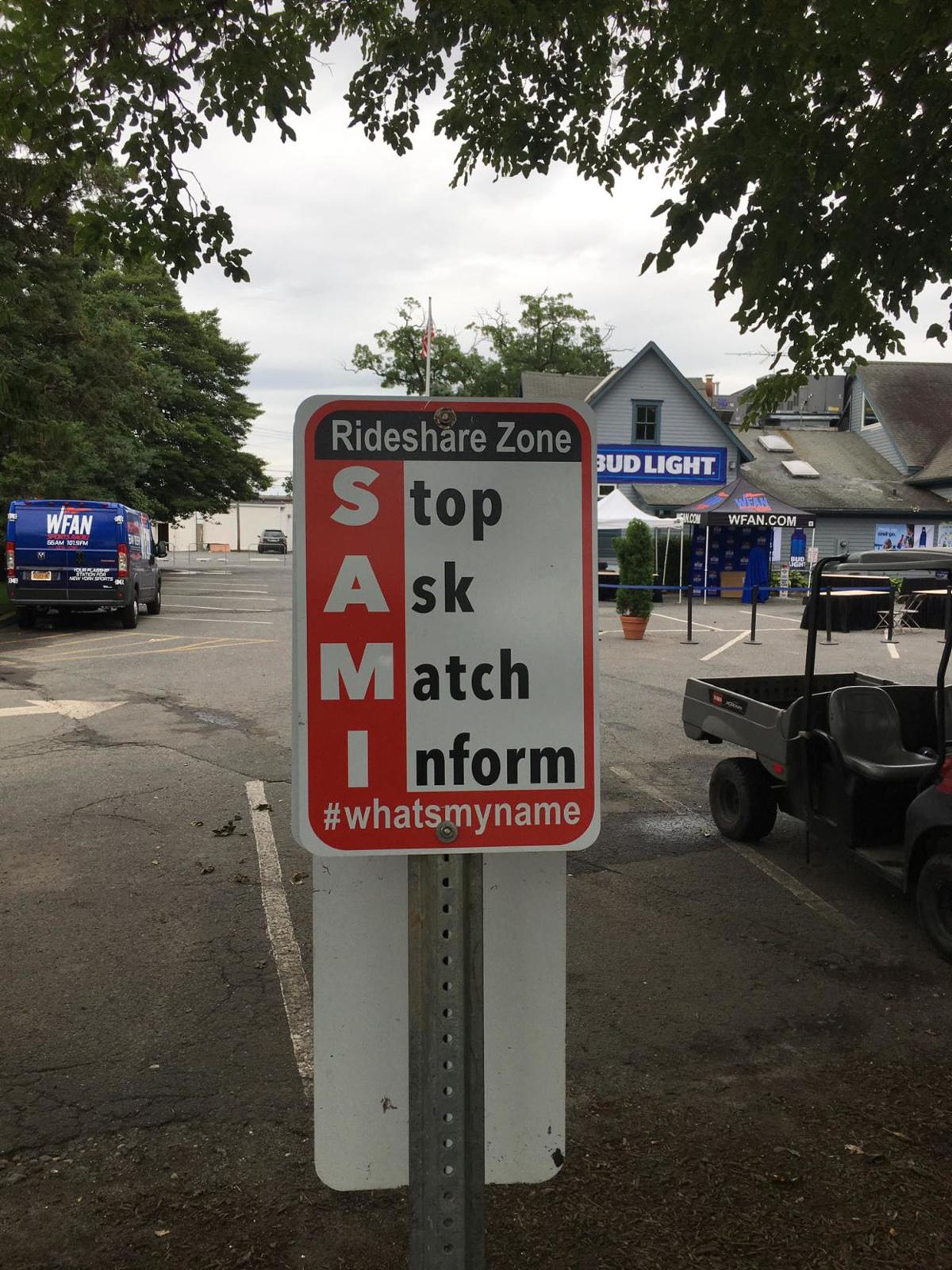 A sign installed by the What's Your Name Foundation in New Jersey touting ride-hiring safety advice. The foundation sent eight of the signs to the University of South Carolina. Provided

Seymour Josephson has turned his grief into a cause.

"People do move on. I will never move on," said the father of the University of South Carolina senior Samantha Josephson, who was kidnapped and slain in March after getting into a car she thought was her Uber ride in Columbia's busy Five Points district.

"I will move forward."

The northern New Jersey sales manager and his wife, Marci, are working to make ride-hiring services safer with the What's My Name Foundation, named after a question riders should ask drivers before getting into vehicles. It became a rallying call after the 21-year-old's killing.

While the ride-hiring services have added alert buttons to call 911 and PIN codes to match with drivers, Seymour Josephson wants laws changed.

He is pleased three states, including South Carolina, have passed laws in the wake of his daughter's horrifying death that require services like Uber and Lyft to help riders identify their assigned drivers.

Now he wants them to do more.

"We do appreciate what they did. It's great, it's nice, and it's not enough."

Uber changes app in wake of USC student's death: 'Greater safety for all of us'

The laws passed in South Carolina, North Carolina and New Jersey, along with three being considered in New York, all do slightly different things.

South Carolina's law requires ride-hiring drivers to have pieces of paper with license plate information on their windshield in order to make it more visible. South Carolina is one of 19 states that does not require front license plates on vehicles.

North Carolina calls for the same, plus illuminated lights starting next year.

New Jersey, which already requires front plates, requires ride-hiring cars have illuminated signs in front and rear windows along with barcodes that can be scanned to confirm the driver's identity.

Josephson said he has input in New Jersey but not other states.

"I think they were trying to do something nice, something good and something quick," he said.

Josephson said he would like states to require the bar codes, illuminated signs and more visible license plate information, and he would like to talk to lawmakers.

"Call me and let's talk. Let's take the next step. What they have done is great, but why not implement more technology?"

But Josephson knows fighting to win laws state by state is going to be tough. So he is trying to get help from Capitol Hill.

He was able to find sponsors for bills in the U.S. House and Senate for bills that would require front license plates, illuminated signs and bar codes, or have states risk losing a portion of federal highway funding.

In trying to earn bipartisan support, Josephson said he met with House Speaker Nancy Pelosi and House Minority Leader Kevin McCarthy. The Senate bill is sponsored by a Democrat, but he met with Republican Sens. Lindsey Graham of South Carolina and Ted Cruz of Texas.

"I had Nancy Pelosi ask me, 'How do you get up every morning?' " he said. "I looked over at my wife and other daughter."

He said he has worked with close to 10 colleges, many in New Jersey, to post signs with ride-hiring tips under the acronym SAMI — Stop/Ask/Match/Inform. The University of Richmond used some of the foundation's ride-hiring advice during student orientation.

He's meeting with Nashville, Tenn., police next week about putting up signs in the tourist-heavy city and is working on meeting with New Jersey transportation leaders about installing the signs statewide. The foundation also is in talks with MTV about taping a public-service announcement and has been in touch with members of Hootie & the Blowfish, which formed at USC.

"I want the signs and messages to become second nature," Josephson said.

This month he sent eight SAMI signs to USC. The school plans to roll them out next semester and will move them to different campus events where students are likely to use ride-hiring services, university spokesman Jeff Stensland said.

Josephson blames himself for not getting signs to USC sooner.

"I have avoided it because it's so hard," Josephson said, weeping. "We are devastated. We cry every day, multiple times. We just forge ahead."

The foundation has given away nearly 4,000 teal wristbands imprinted with #SamiStrong and #What'sMyName and raised money from merchandise sales and contributions.

"People tend to move on to the next big thing," he said. "I don't want anyone to forget her."