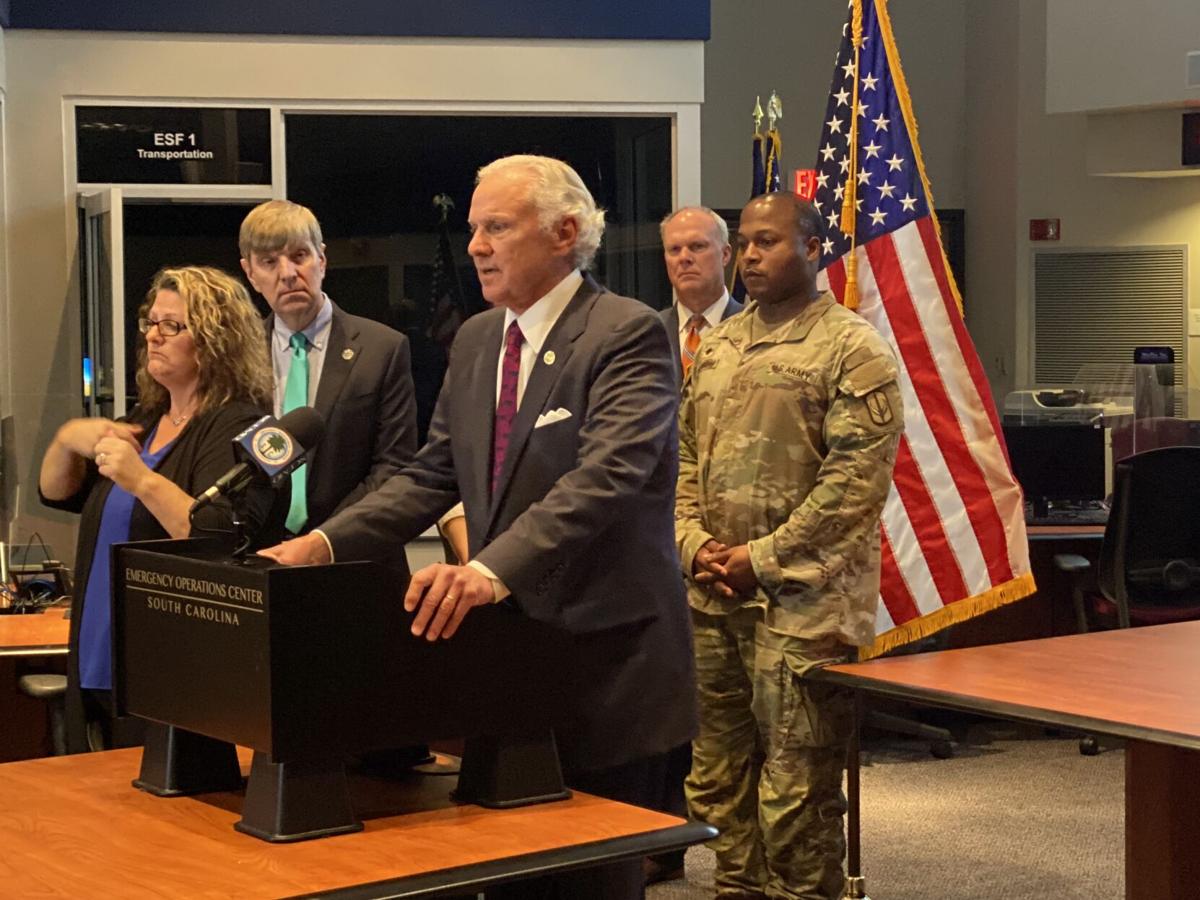 Gov. Henry McMaster announced that South Carolina would no longer be in a state of emergency for the coronavirus pandemic in a news conference at the state Emergency Operations Center on June 7, 2021. Jamie Lovegrove/Staff 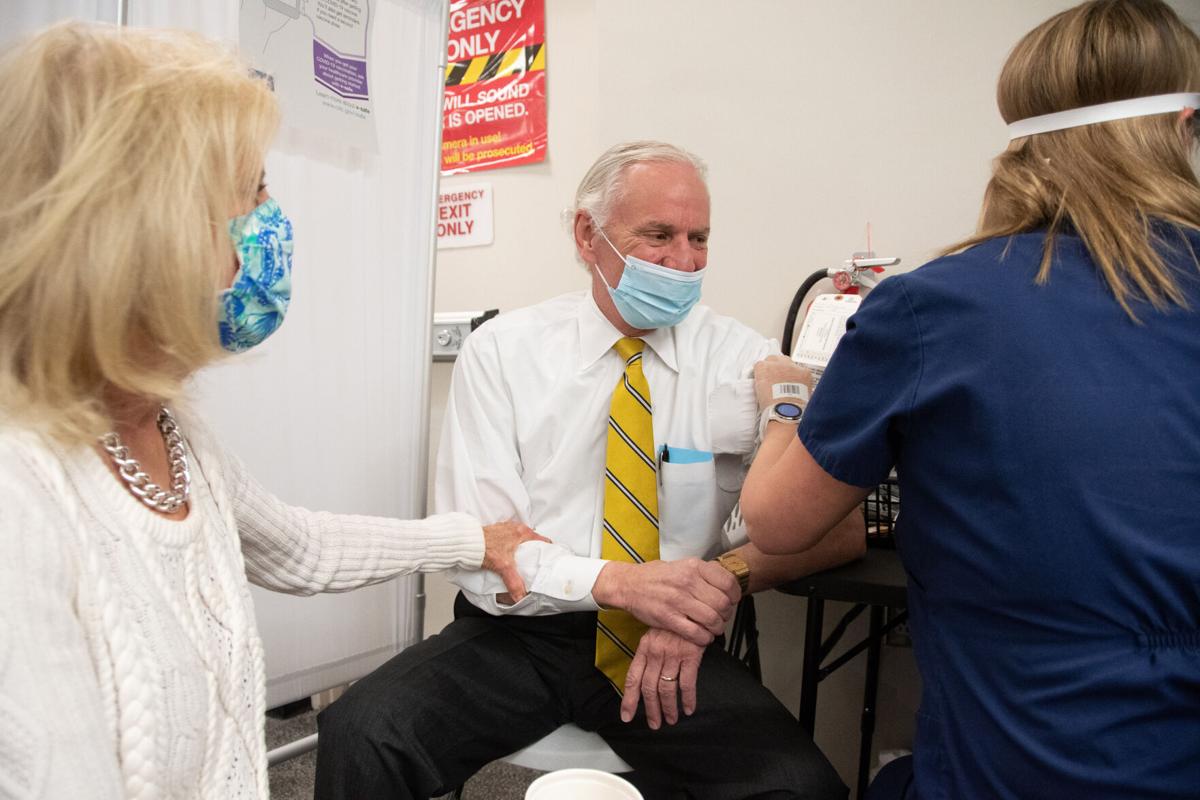 COLUMBIA — South Carolina will no longer be under a state of emergency order for the COVID pandemic, Gov. Henry McMaster announced June 7 as the virus continues to recede and more residents get vaccinated.

"It is no longer necessary to have a state of emergency, although it is still necessary for us to be smart, to follow the rules, to follow the guidelines and be very careful as we continue to pull out the virus," McMaster said in a news conference at the state's Emergency Operations Center.

The announcement means any lingering government restrictions or directives will no longer be in effect. McMaster had already ended most of the requirements over the previous months.

Even as threat of COVID-19 lingers, SC residents look to a more relaxed summer

A May 11 order from McMaster aimed to end all mask mandates in South Carolina by immediately nullifying any local restriction tied to his ongoing emergency declarations. He also directed the state's public health agency to create a form for parents to opt out their children, recognizing he lacked the direct authority to end school mandates. The decision prompted a rebuke from the state's education chief, Superintendent Molly Spearman, who accused McMaster of "circumventing public health guidance by inciting hysteria and sowing division in the waning days of the school year."

While new cases of coronavirus continue to pop up, they are arising at a much lower frequency. In the mid-January peak, South Carolina health officials were reporting more than 5,000 new cases per day; that number has now dropped to the low hundreds.

Over the course of the past 15 months, more than 8,500 South Carolinians died from the virus as McMaster generally took a less overbearing approach to containing it at the government level than most other states.

Unlike most of those other states, McMaster never issued a statewide mask mandate, but he encouraged local governments to pass their own ordinances and did require masks in state government buildings. That requirement ended in early March.

McMaster has long argued that his lighter approach was the right one, allowing the state's economy to rebound faster — a message he reiterated June 7.

"We never did shut down in South Carolina. We slowed down," McMaster said. "And as a result, now we're on the rebound. We're moving ahead. We're not digging out of a hole that some of our other states are in."

The governor issued a total of 30 separate 15-day emergency declarations covering a 450-day span, each with slightly different descriptions of the situation and restrictions to respond to it. The last order expired June 6.

The decision to let the orders lapse will not impact the state's ability to receive federal emergency dollars, said S.C. Emergency Management Division director Kim Stenson, as those funds are not tied to the state of emergency declaration.

About 45 percent of South Carolina residents have now received at least one dose of the coronavirus vaccine, according to the state's health agency, and about 38 percent are fully vaccinated.

Those figures mean South Carolina ranks in the bottom 10 states nationwide for vaccines administered per 100,000 people, along with several other Southern states, including Georgia, Tennessee, Arkansas, Louisiana, Alabama and Mississippi.

"We are making progress," said Dr. Edward Simmer, director of the state's Department of Health and Environmental Control. "Obviously, there is still much work to be done."

McMaster said he and other public officials will continue to emphasize that the vaccines are free and readily available but will not coerce anyone into getting them, including schoolchildren.

He also said he will not support incentives like a vaccine lottery with monetary prize incentives, which has been tried in a few other states and was recently proposed by S.C. House Minority Leader Todd Rutherford, D-Columbia. Efforts like that, McMaster said, "are a bit goofy."

"The only incentives that I think is appropriate is to give the citizens full information," McMaster said. "Give them the facts, no hyperbole. Give them the information and let them make up their own mind, provided we have a multitude of locations where they can get their vaccines. We have that."

As of June 7, 203 COVID patients were hospitalized in South Carolina, with 65 in the ICU and 30 using ventilators.