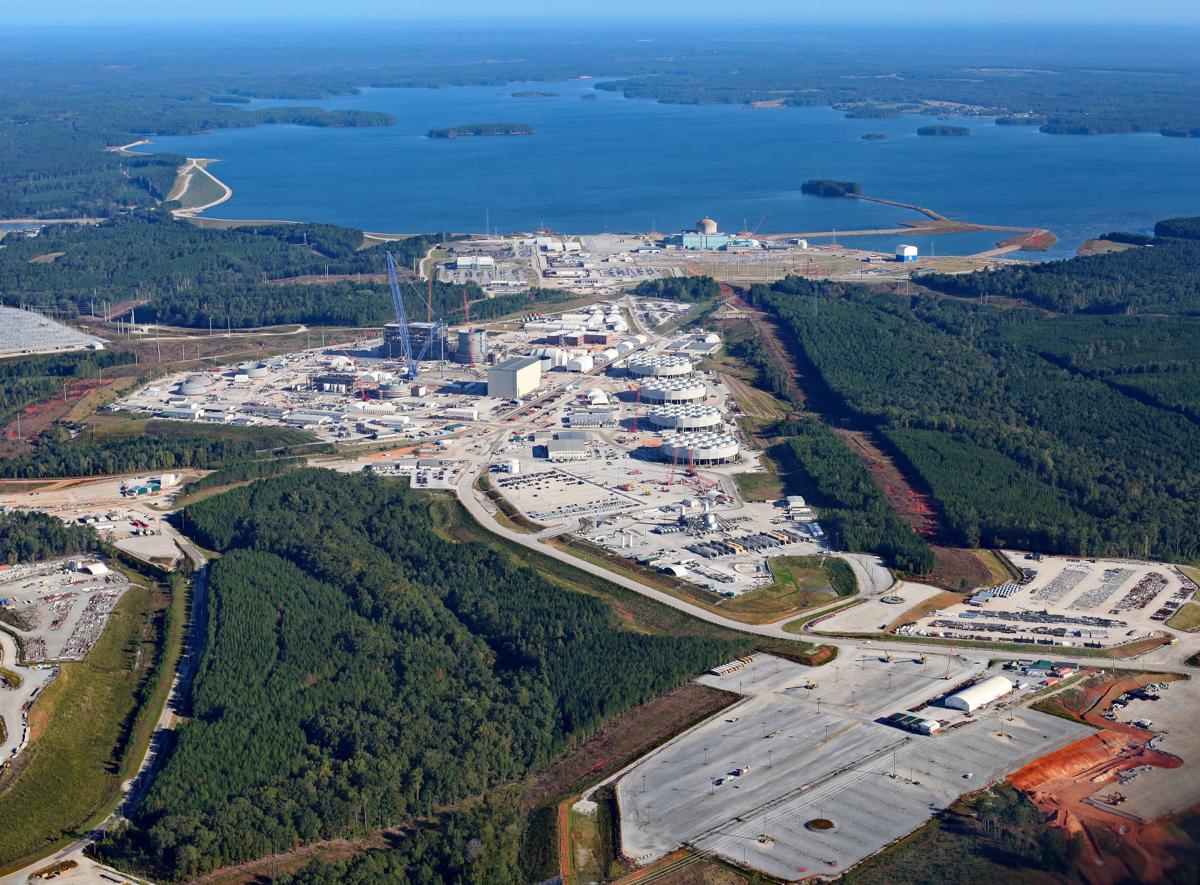 State law enforcement officials are being asked to open an investigation into fake emails that were sent to lawmakers. Those emails impersonated South Carolinians and pressured lawmakers to support Dominion's proposed takeover of SCANA. High Flyer©2017/Provided 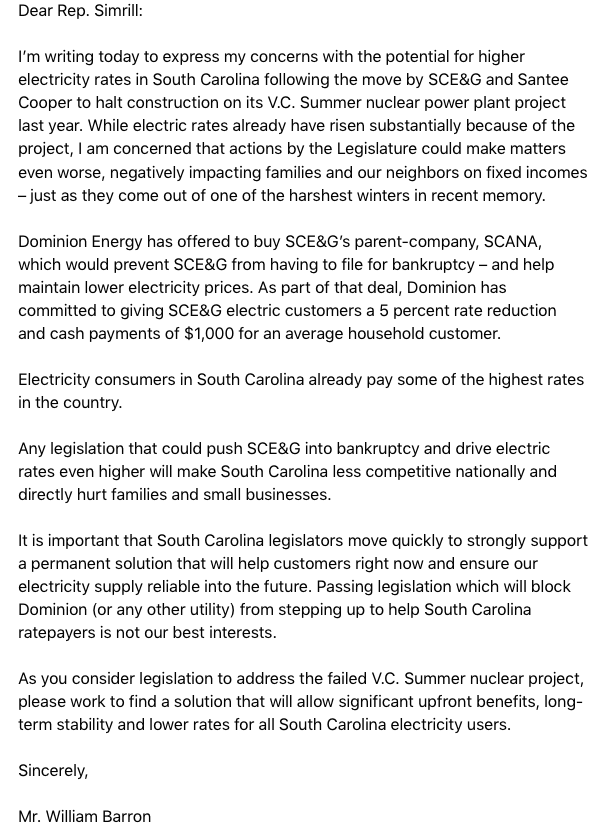 A form email sent to House Majority Leader Gary Simrill, R-Rock Hill, warned him about the consequences of SCE&G going bankrupt. But the person whose name and address was attached to the email, William Barron, said he never sent it. Provided

COLUMBIA — The flood of bogus emails allegedly sent from constituents to lawmakers over the on-going nuclear plant fiasco has rekindled, even as state police investigate the string of messages for possible fraud.

She responded to a few of them by asking for the sender's cell phone numbers so she could call them. She did not hear back.

Bennett said she had a hard time believing that 18 of her constituents all decided to send her the same form email in the early hours of the morning.

State Rep. Gary Clary, R-Clemson, received 14 of the same emails within minutes. He said he called some of the constituents whose names and home addresses were included at the bottom of the emails. He was told they never sent them.

"It's just more of the same," Clary said.

The emails to multiple state lawmakers support Dominion Energy's proposed takeover of SCANA Corp, and they urge legislators not to take action that could derail the sale.

More than a week ago, The Post and Courier reported that several lawmakers had been inundated with emails allegedly sent on constituents' behalf without their knowledge.

That revelation prompted lawmakers to call on state Attorney General Alan Wilson's office to look into the matter. Wilson then asked the State Law Enforcement Division to investigate.

Thom Berry, a spokesman for SLED, confirmed the agency is looking into the emails.

"Our work is continuing," he said.

The form emails were crafted by the Consumer Energy Alliance, a pro-industry group whose members include Dominion.

David Holt, the president of the Consumer Energy Alliance, said that the group took down the system immediately after they learned that it was being abused 10 days ago.

"We've determined there were significant irregularities, so we are cooperating with the attorney general's office to get to the bottom of this," Holt said.

The latest wave of emails may be due to some kind of delay in the system. Holt said he does not know why lawmakers would still be receiving them.

"It's really frustrating when they've had their hand called already," Jordan said. "It's really an insult to double down on this kind of behavior."

Andrew Brown contributed to this report

Correction: An earlier version of this story described the South Carolina Chamber of Commerce as a member of the Consumer Energy Alliance. The Chamber is not and has never been a member, and the group has now been removed from the CEA's online member list.