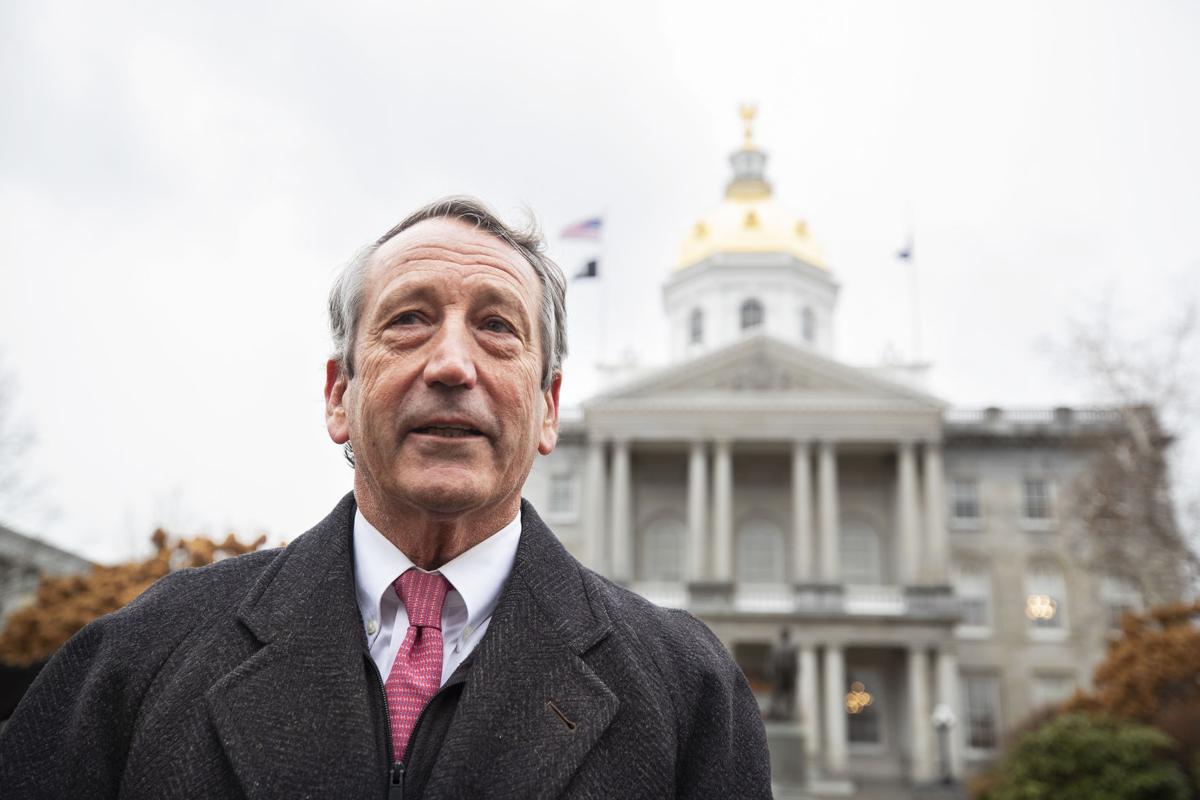 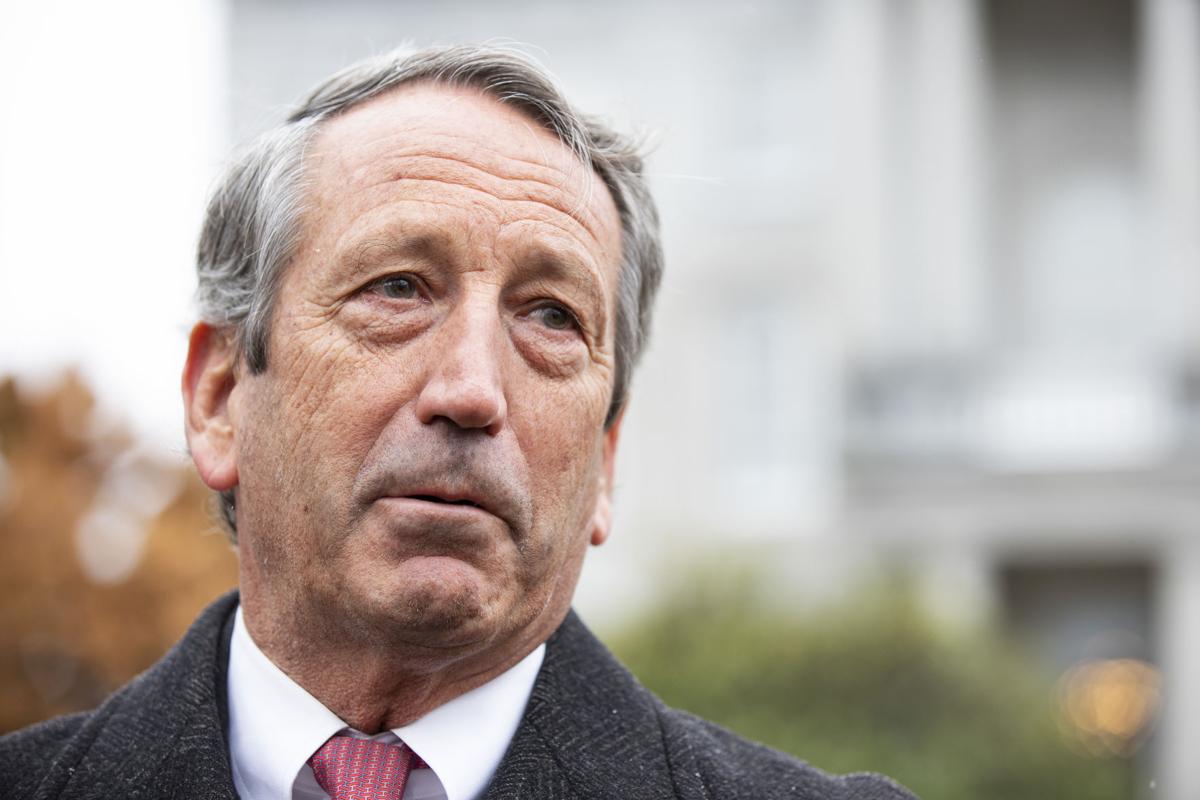 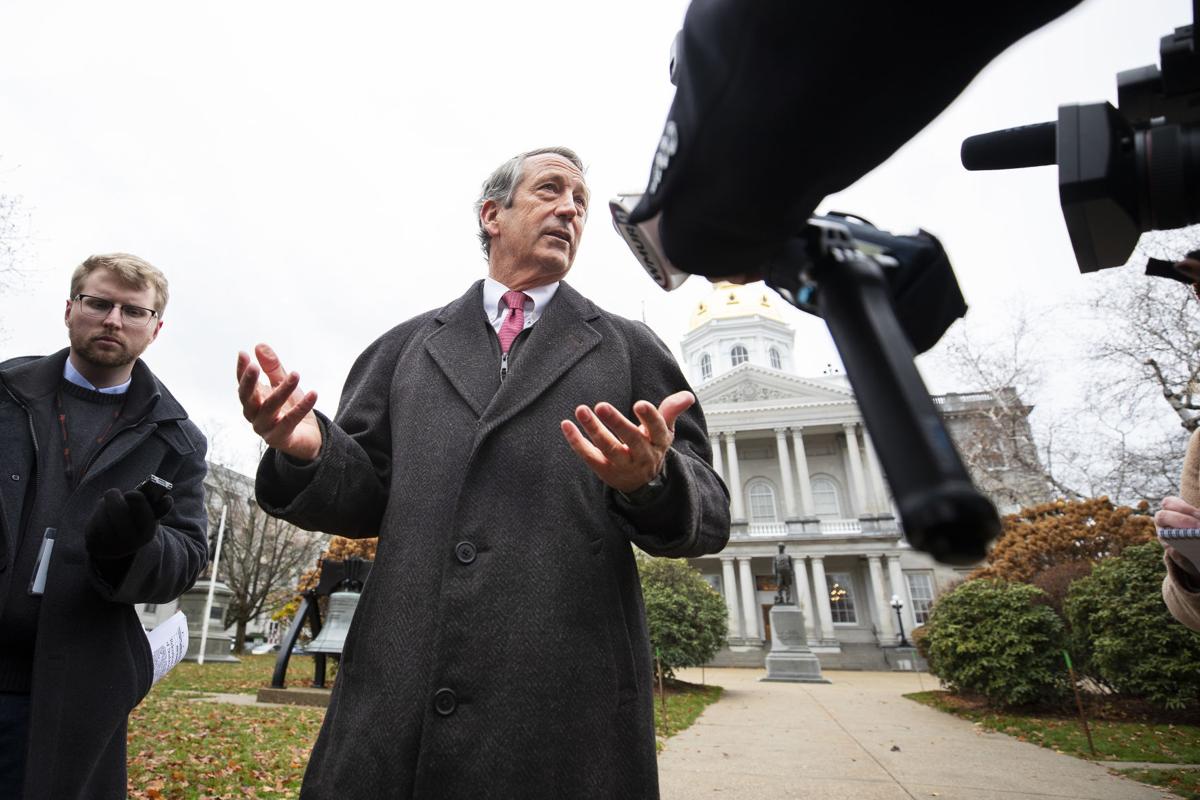 Standing outside the New Hampshire Statehouse surrounded by 15 members of the media and two staffers, the long-shot Republican closed down his campaign some 65 days after it began.

Holding an oversized trillion-dollar check to represent the national debt, Sanford said his singular focus in his 2020 bid had been to advance the debate on mounting government spending and addressing the deficit.

“But you’ve got to be a realist,” said Sanford, who spoke for just shy of 16 minutes.

Sanford had originally planned to be inside a Statehouse office on Friday, to have his name added to the ballot in the first-in-the-nation primary. Instead, it is where his run ended days after he vowed to spend all of November campaigning here.

“I’m going to suspend my campaign and I’m going to look for other ways to advance these incredibly timely and important but now out-of-season issues,” he said.

The move came after Sanford failed to collect much of a following in GOP circles, especially as President Donald Trump remains the favorite of most Republican voters nationally and while Washington is gearing up for impeachment hearings.

Sanford said the impeachment inquiry surrounding the president had sucked the proverbial oxygen out of the 2020 debate.

“You gotta be a realist, and what I did not anticipate is an impeachment,” he said.

Even before his formal departure Tuesday, Sanford's campaign had gotten off to a slow start, with most media paying little more than a glancing interest.

He was one of three Republicans to announce intra-party challenges versus Trump, including former Illinois congressman Joe Walsh and former Massachusetts governor William Weld.

Sanford did not endorse Walsh or Weld, saying he will base his own 2020 decision on whoever best addresses the issues of government spending.

Weld, in a tweet on social media, wished Sanford the best, and characterized him as someone who has been a voice of both intelligence and reason.

“I will miss seeing my old friend on the 2020 Presidential trail—but I know he will always be fighting in important ways for the country we both love,” Weld wrote.

There were noticeable hurdles Sanford faced during his short appearance in the Granite State to being accepted by New Hampshire Republicans. In a recent social media post, he lamented being refused the opportunity to speak at a GOP candidate spaghetti dinner in Londonderry. The reason? Fear of offending Trump supporters.

"The party is populated by some really great people, but it's underserved or misled by too many in leadership positions — and I think President Trump and his approach has exacerbated this," Sanford wrote, speaking mainly to supporters back in South Carolina.

"Are you kidding me? In a state where the motto is 'Live Free or Die?' Being scared of someone being offended because someone else had a different viewpoint at a small local county event? It mirrors the canceling of primaries, and it makes me ask what has come of the Republican Party?"

Trump had called Sanford and the other two GOP challengers "'the Three Stooges" but was especially scornful at the former South Carolina governor.

"When the former Governor of the Great State of South Carolina, @MarkSanford, was reported missing, only to then say he was away hiking on the Appalachian Trail, then was found in Argentina with his Flaming Dancer friend, it sounded like his political career was over. It was,” Trump tweeted in September.

″...but then he ran for Congress and won,” Trump wrote, referring to Sanford’s 2013 special election win, “only to lose his re-elect after I Tweeted my endorsement, on Election Day, for his opponent. But now take heart, he is back, and running for President of the United States.”

A statement from the Republican National Committee said Sanford's exit is a nod to Trump's status as the head of the party.

“This just proves how strong President Trump is with Republicans across the country," said spokesman Joe Jackson.

Asked Tuesday if he thought he had been given a fair shake by the Republican Party, Sanford said "yes."

He did take issue, though with one aspect of the process.

Sanford called it an “abomination, in terms of the electoral process” for states to forgo having Republican presidential primaries, including his own South Carolina.

Sanford, who had been out of politics since his June 2018 Republican primary loss took away his Lowcountry-based congressional seat, announced his run in September. He funded his bid with money from his former congressional account.

He had until Friday to pay his $1,000 filing fee to get on the Feb. 11 New Hampshire primary ballot. But even if he had participated in the New Hampshire vote, the road forward was blocked in his home state. The South Carolina GOP opted against holding a presidential primary, though the move remains the subject of a lawsuit.

While he made out-of-control D.C. spending a focal point of his message, he was also a rare Trump critic, becoming one of the few in the Republican Party who spoke out against the president's bullying behavior even as Trump, on numerous occasions, mocked Sanford via Twitter.

He acknowledged their public disagreements, but reiterated that his primary run was never about the president.

After making his exit announcement, Sanford approached the Statehouse steps where he was approached by Nancy Clough of New Hampshire. She shook his hand, and said she recognized him.

When he told her he had dropped out of the race, she was disheartened.

“ I have a lot of respect for him. He speaks up for what he believes in,” Clough said of Sanford.

She identifies as an independent voter who has been “a Democrat and a Republican” at different points in her life. Now, she refuses to vote for a Republican in 2020.

The party, she said, has lost its way.