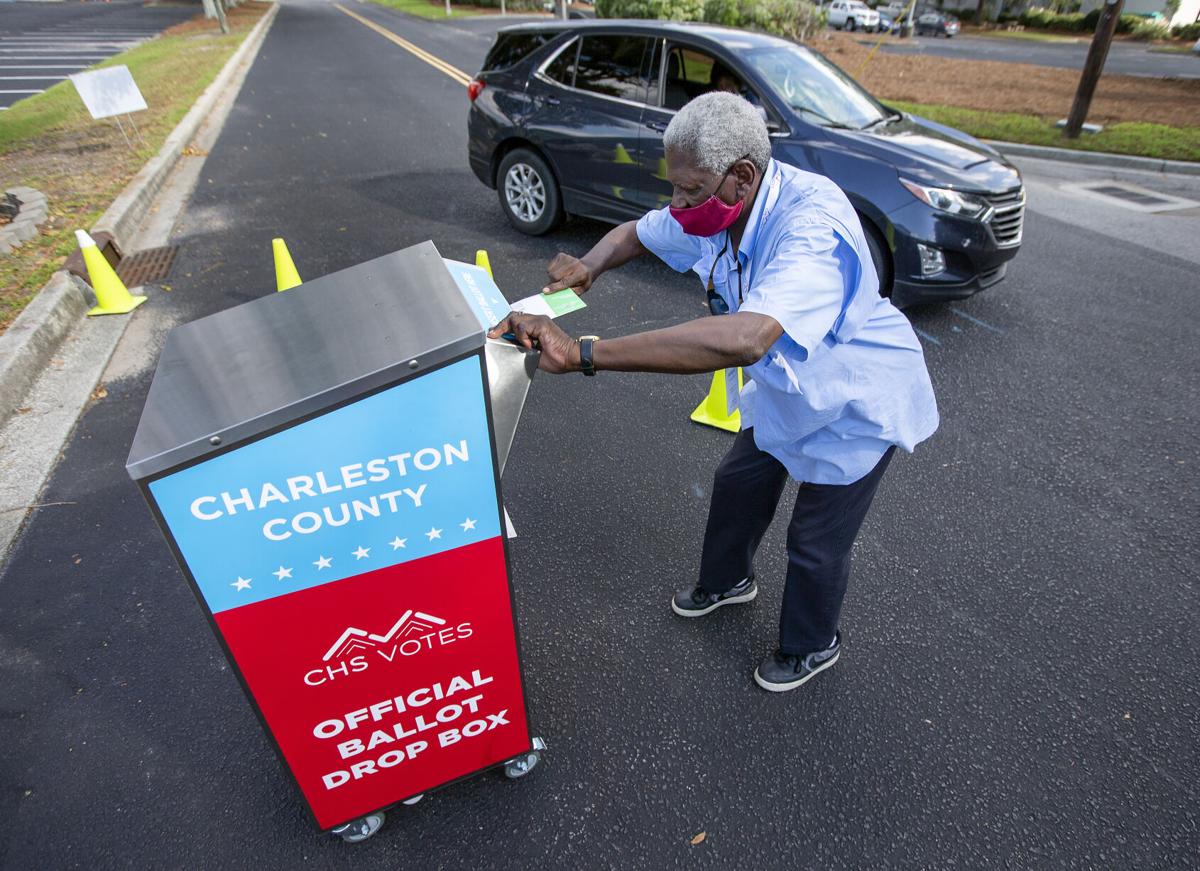 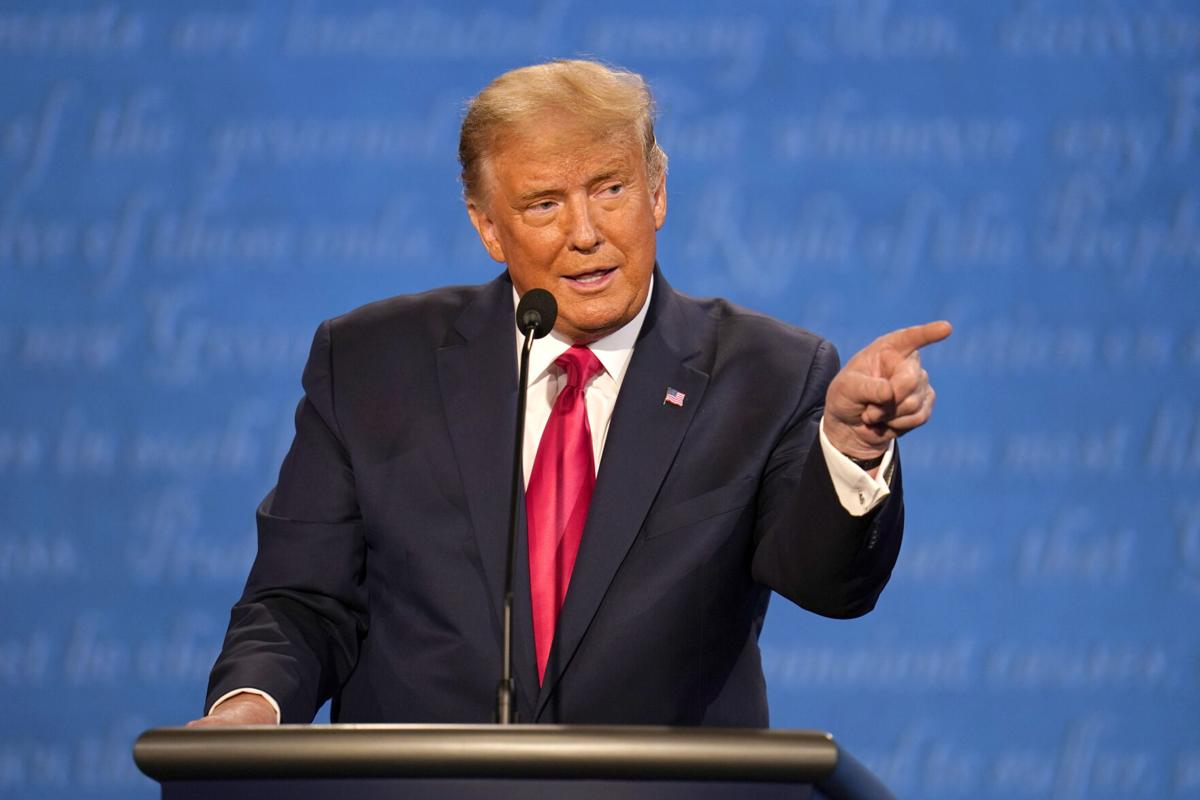 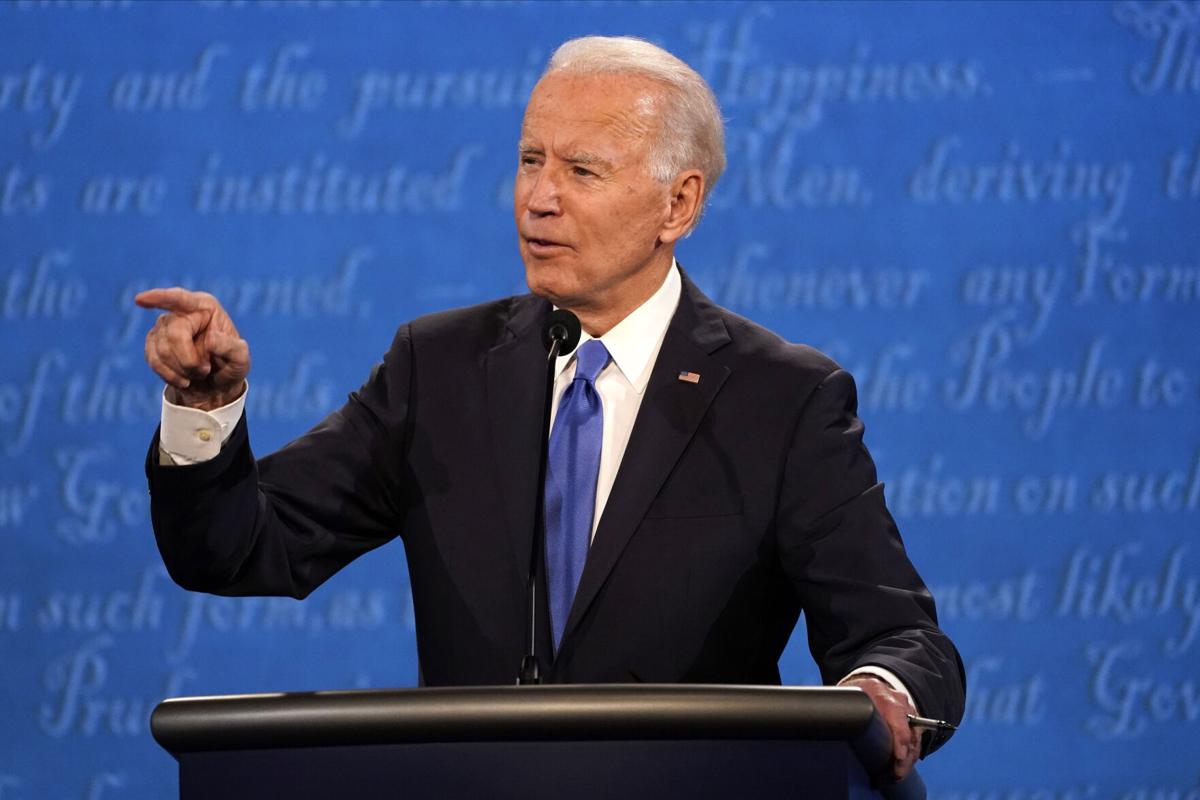 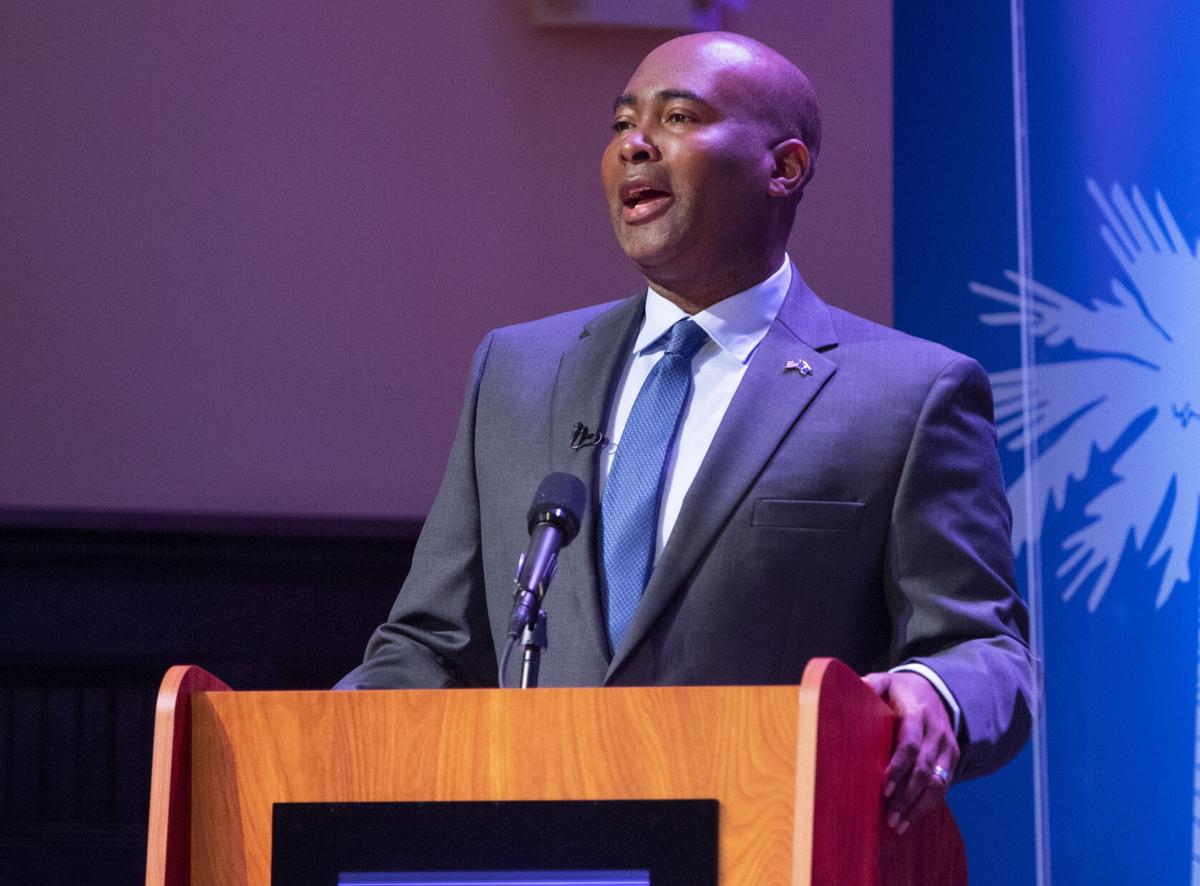 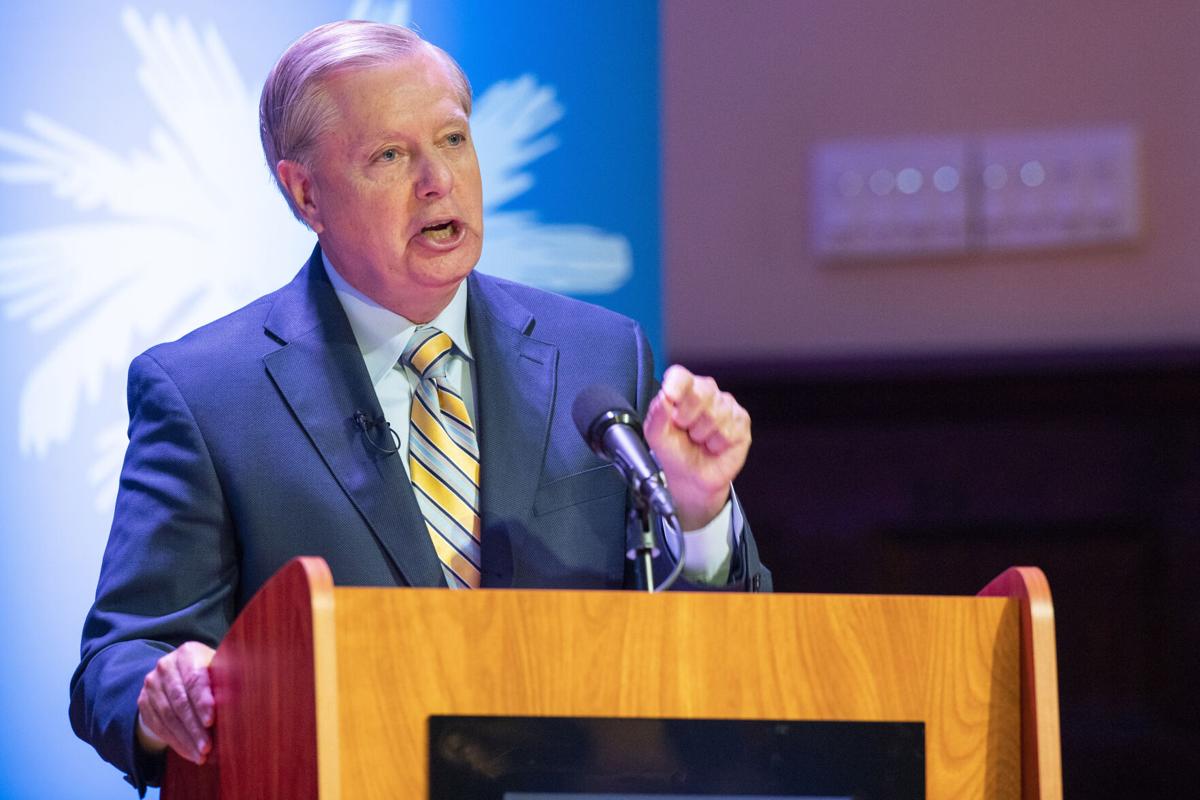 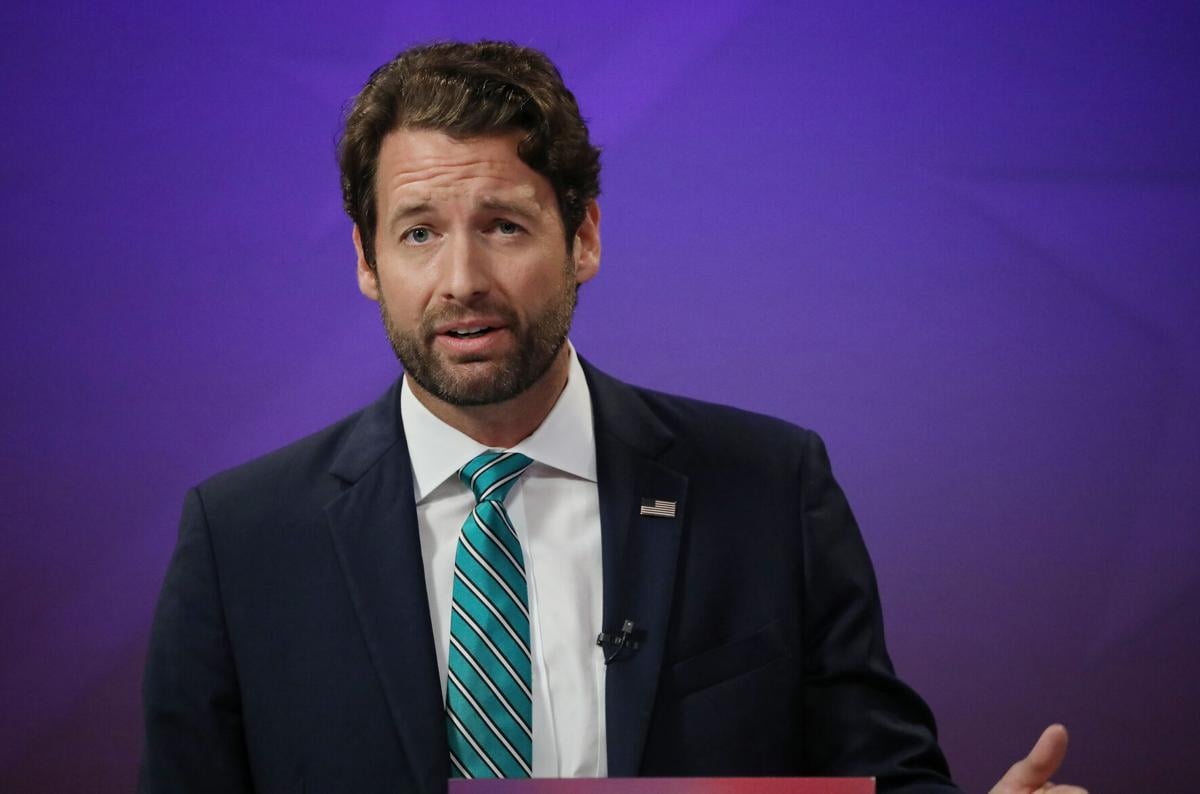 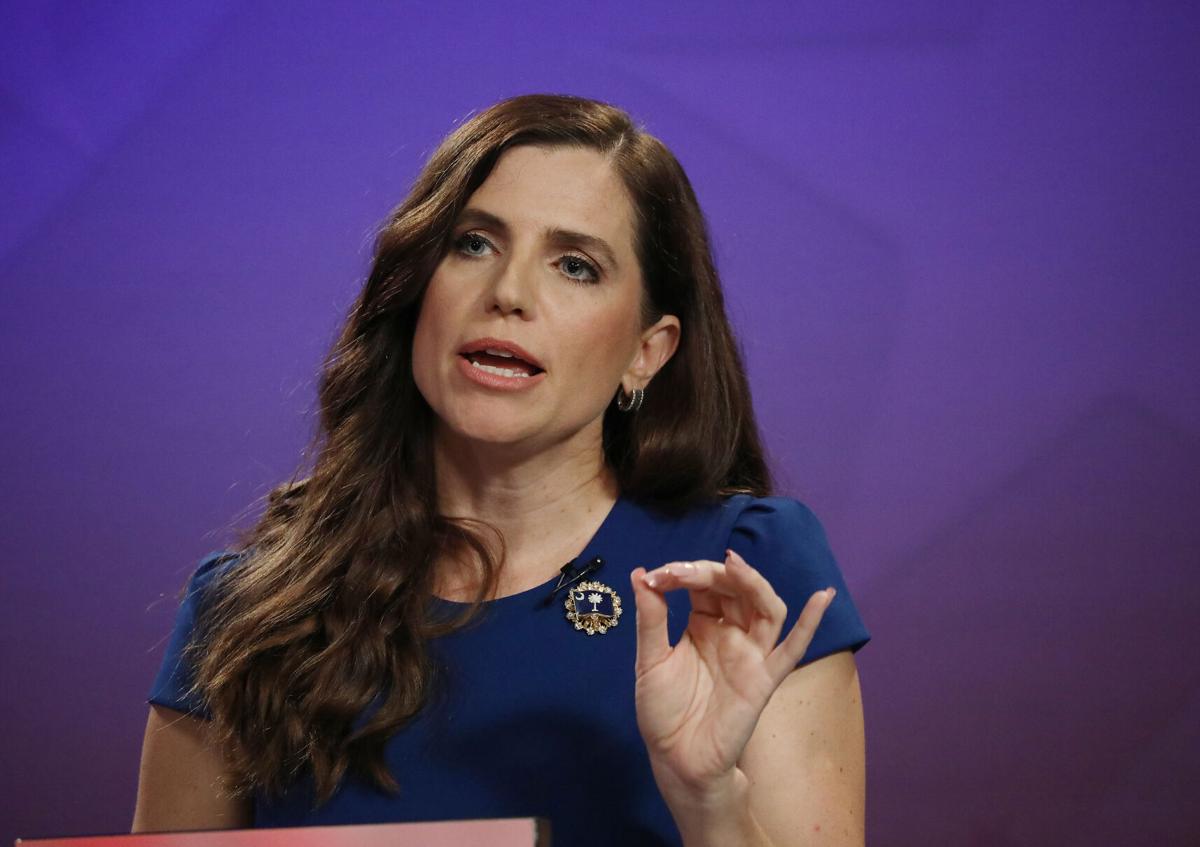 The timing comes as the two major political parties are miles apart on dozens of issues and while the COVID-19 threat isn't receding.

More than 3,600 people have died in South Carolina since the pandemic arrived here in March.

Since then, more than 250,000 people have been added to the state's voting rolls, bringing the number of registered voters in South Carolina to about 3.5 million.

Because South Carolina does not register by party, it is unknown which side has the advantage in terms of attracting new voters or by how much.

One bit of positive news is that state health officials say the precautions of mask-wearing and social distancing that were generally in place around most of the state for the June primaries seems to have worked.

Nearly 770,000 people cast ballots then and there was no subsequent evidence of a documented coronavirus spread, health officials say.

Following are some of the highlights of the federal, state and local races and the ballot measures to be decided Tuesday. There are also multicandidate nonpartisan school board races in Charleston, Berkeley and Dorchester counties.

For more information on your voting status, go online to the state Election Commission's website, scvotes.gov

In addition to The Post and Courier's coverage, the League of Women Voters has created a searchable website at vote411.org where you can type in your address to get information on individual candidates on your ballot.

This year, however, is expected to be a much tighter race.

Biden and Trump aren't the only choices in the presidential column as four other candidates are on the state ballot, including from the Green, Alliance and Libertarian parties, plus one independent.

Rapper Kanye West never filed paperwork to become a candidate in South Carolina even after he held a rally in North Charleston during the summer ahead of a supposed bid.

Rarely has South Carolina seen such a close contest or one of national importance with the current Senate makeup standing at 53 Republicans, 45 Democrats and two independents, both of whom caucus with the Democrats.

Graham in recent weeks has largely focused on the conservative effort to quickly nominate, confirm and swear in Amy Coney Barrett to the Supreme Court. Harrison has focused on Graham not being the independent voice he was considered to be earlier in his career.

The biggest number in the race has been the colossal amount of money spent, now at a combined more than $200 million, including at least $178 million from the candidates and the rest from outside interested groups.

It's the most expensive race in state history.

Cunningham made history with his 2018 win when he flipped a GOP stronghold of 40 years to the Democrats by just 4,000 votes, with Charleston County giving him the biggest edge. The seat also covers Beaufort, Berkeley, Colleton and Dorchester counties.

Mace made headlines as the first woman to graduate from The Citadel's Corps of Cadets. Now, she wants to trailblaze again as the first Republican woman to represent the seat.

Their campaign has consisted of policies focused on offshore drilling, protecting the state’s military bases and helping small business owners survive the pandemic and COVID-19.

What was once considered a toss-up race by the independent Cook Political Report has shifted slightly in Cunningham’s favor. A win Tuesday could signal longstanding Democratic control of the district.

A Mace victory would be a huge course correction for the GOP.

While Republicans dominate the House membership, there appears to be strong battles shaping up in the state Senate, where the GOP holds a 27-19 advantage.

The top targets for Democrats are Lowcountry seats anchored around Charleston, where four duels are in their sights.

A few of the top Lowcountry races are:

Democrats have a slew of candidates running at the county level in Charleston challenging for sheriff, solicitor, clerk of court, coroner and county council.

Charleston has been trending blue in recent elections but still has a strong Republican base. Democrats think they can make some gains at the courthouse, including:

In the sheriff's race, three-decade incumbent Republican Al Cannon is being challenged by one of his staffers, Democrat Kristin Graziano, who was put on administrative leave when she put her bid together.

In the 9th Circuit solicitor's race, 13-year incumbent Scarlett Wilson is being challenged by local attorney Democrat Ben Pogue. The 9th Circuit covers Charleston and Berkeley counties, so voters from each can participate in the race.

In the coroner's race, Republican incumbent Rae Wooten is retiring after 14 years and her chief deputy, Bobbi Jo O’Neal, is up against Democrat Herbert S. Fielding, an owner of Fielding Homes for Funerals and the son the late state lawmaker Herbert U. Fielding.

Charleston County Clerk of Court Julie Armstrong, a Republican, is seeking re-election to the post she’s held since 1992 but faces a challenge from Charleston County Delinquent Tax Collector Dan Gregory, who is running on the the Democratic and Libertarian tickets.

Charleston County voters are being asked to approve a property tax increase to pay for affordable housing.

The question on the ballot comes in two parts.

First, voters are being asked to decide if Charleston County should create an affordable housing fund supported by their property taxes.

The estimated cost for an owner-occupied home valued at $300,000 would be $24 yearly, while the owner of a commercial property worth the same amount would be $36 yearly.

If this first question doesn’t pass, there would be no housing fund.

The second question asks if the county should be allowed to borrow money to fund affordable housing and pay off the debt over 20 years with proceeds from the new property tax. That would allow the county to raise up to $130 million right away if the tax were approved.

The proposal has support from housing and social justice groups, as well as business interests concerned the workforce is being priced out of the area.

One thing that hasn’t been decided is precisely how the money will be spent, or how the decisions will be made.

Charleston County voters will decide whether to continue paying a 1 percent sales tax for construction and maintenance of school buildings and technology.

The Charleston County School District’s penny sales tax program, if re-upped, will help fund more than a dozen projects across the district. The tax was previously approved in 2010, and renewed in 2014.

The existing program is scheduled to expire in 2022 and would continue for six more years, through 2028, if voters give the OK.

District officials expect the extension would bring in at least $708 million in revenue.

The major countywide race is for sheriff, where Republican incumbent L.C. Knight is being challenged a second time this year by a candidate with a law enforcement background.

Democrat Trumaine Moorer is looking to unseat Knight, who has been in office for more than a decade.

Moorer is a former lieutenant with the St. George Police Department, a St. George Town Council member and a deputy under former Dorchester County Sheriff John Sutherland. He currently serves as a lieutenant in the College of Charleston’s Department of Public Safety.

Knight beat back another law enforcement challenger in the June GOP primary, easily getting past Mike Turner, a former officer with the Summerville Police Department.

Another profile race for a seat in the Legislature is the House District 99 run to succeed Mace, R-Daniel Island, who is running for Congress. The candidates are Republican Mark Smith and Democrat Jen Gibson.