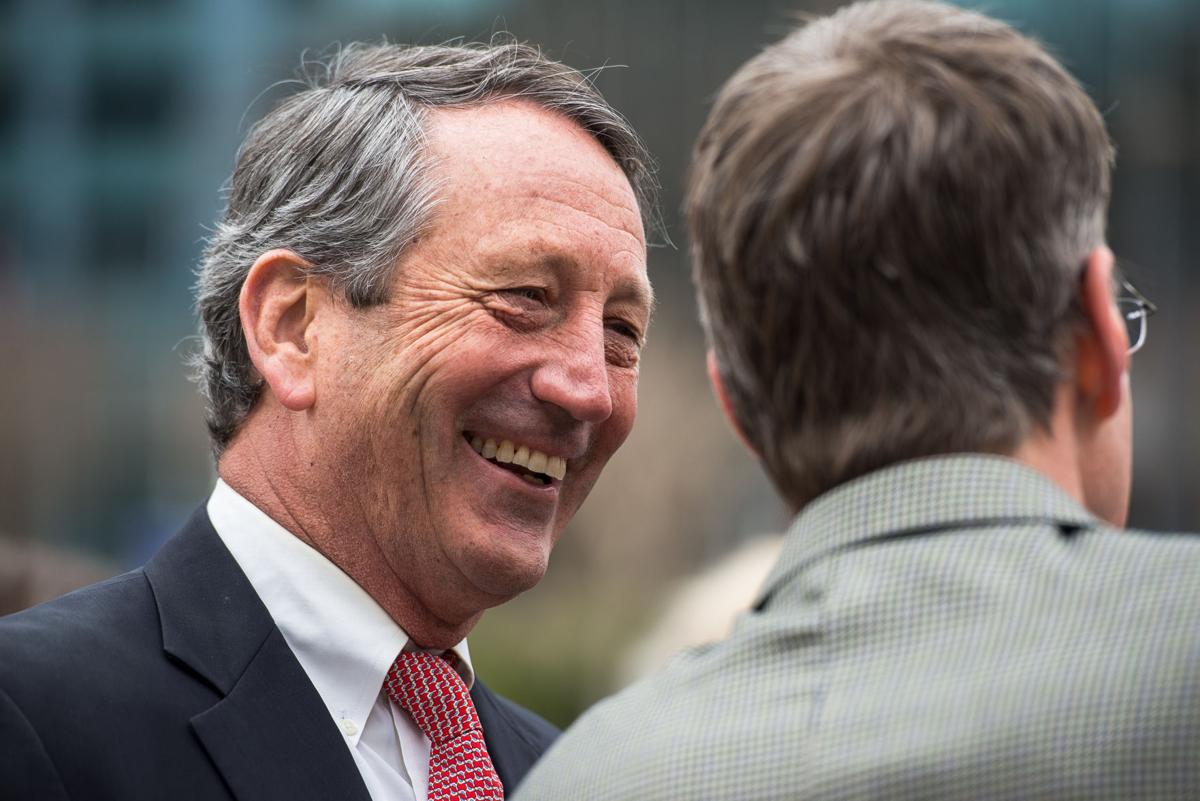 Congressman Mark Sanford speaks to the crowd during an anti drilling rally held at the Statehouse in Columbia on February 13, 2018. John A. Carlos II / Special to The Post and Courier 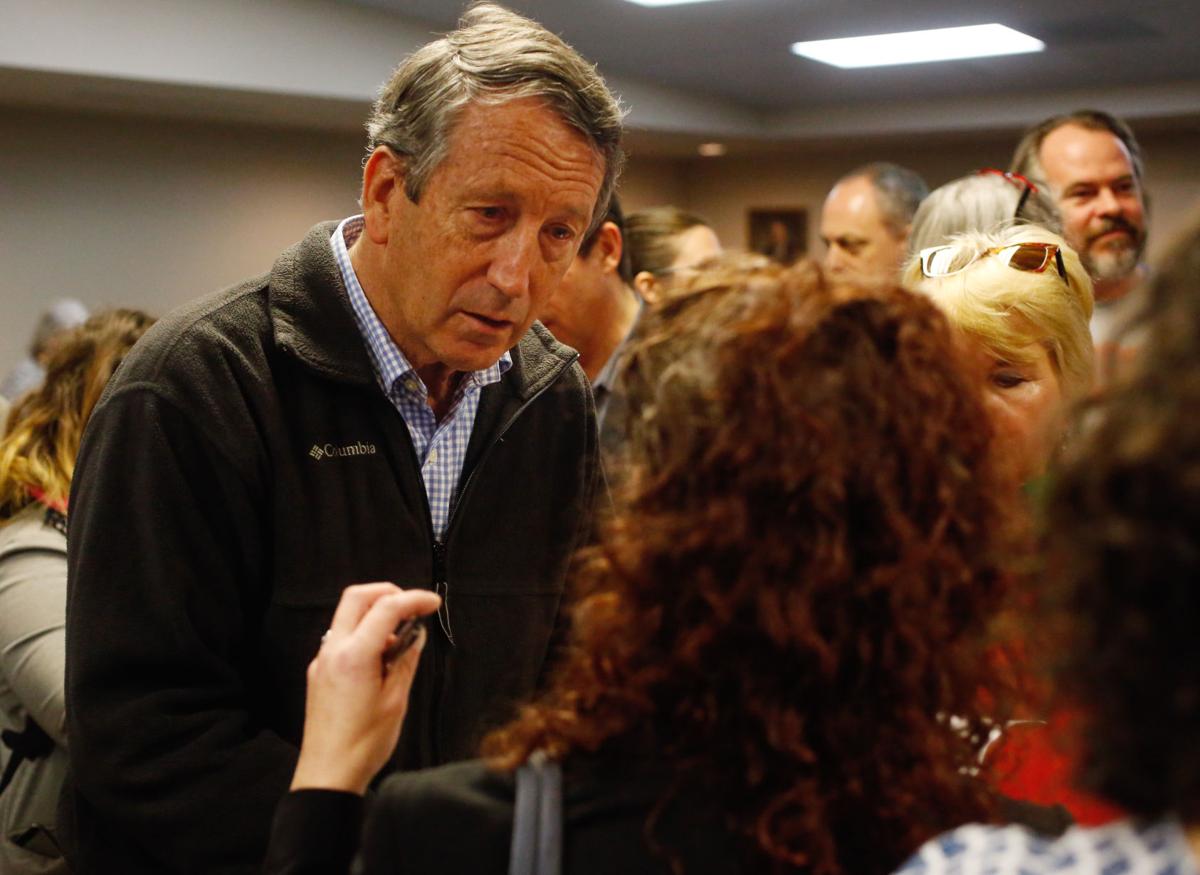 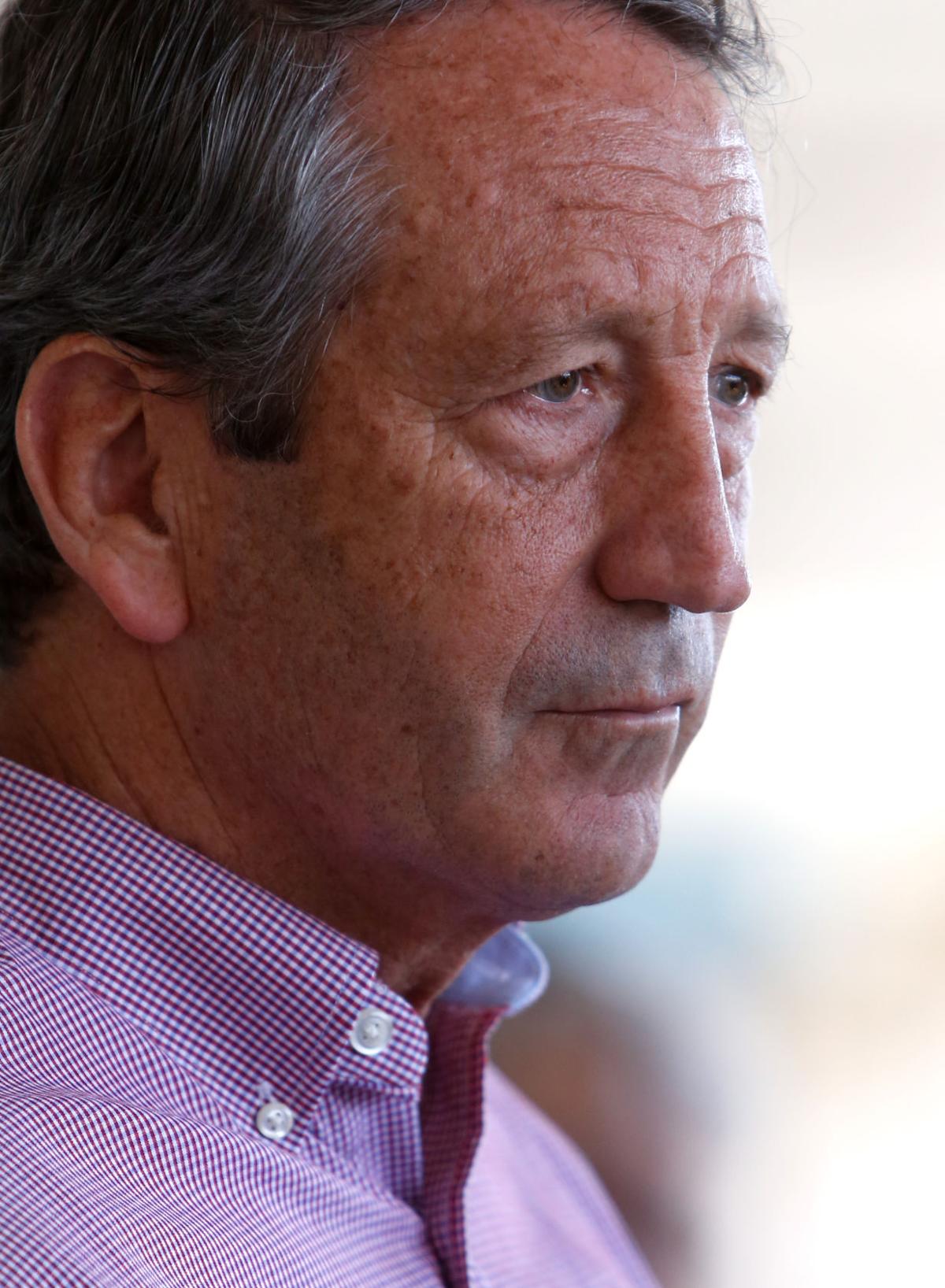 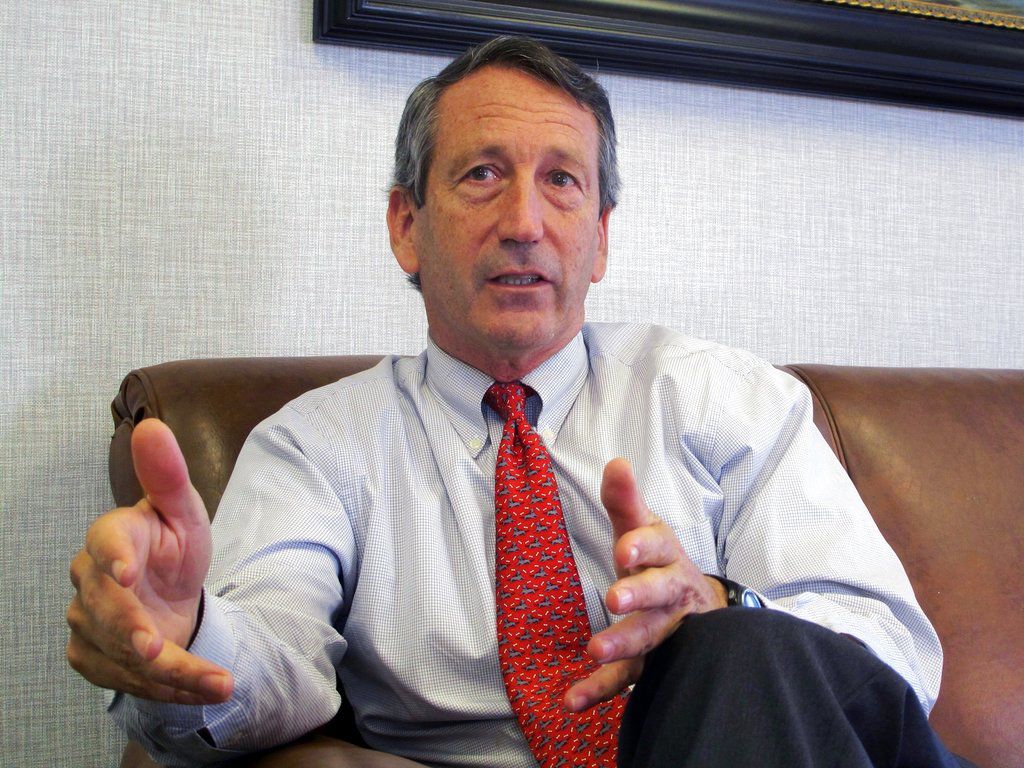 Congressman Mark Sanford speaks to the crowd during an anti drilling rally held at the Statehouse in Columbia on February 13, 2018. John A. Carlos II / Special to The Post and Courier

Heading into his re-election battle, there are some subtle and different signals voters might find coming from South Carolina congressman Mark Sanford.

The former governor, whose affair spawned the euphemism "Hiking the Appalachian Trail," called allegations that President Donald Trump had an affair and is tied to hush money with adult-film star Stormy Daniels "deeply troubling."

Sanford, who fought to keep his own job as governor after his affair went public, most recently said Republicans would respond differently to the charges if a Democratic president were involved.

"I believe that we need to recognize that everybody makes mistakes," Sanford told The Washington Post in one of the most outspoken interviews from Capitol Hill on the subject.

"That having been said," he went on to say, "what we can't do in the body politic is whitewash the past or be purely tribal in our thinking."

Elsewhere, Sanford, who has promoted himself as an environmentalist, voted for the GOP tax plan in Congress but lamented it also meant giving companies the OK to drill for oil and gas in federally protected land in Alaska even as he opposes drilling off South Carolina.

There's more. The Sanford who in 2013 argued that ongoing debates around health care justified a federal shutdown, recently co-sponsored legislation that would keep the government funded in case of a shutdown.

As he ramps up his 2018 re-election effort, his term limit philosophy is different now than at the beginning of his career.

During his first stint in Congress in the 1990s, he pledged to serve no more than three terms, citing his advocacy of citizen legislators.

For his second go-round in D.C., he now vows to stick to a six-term or 12-year limit, which — if voters support him — could keep him in Washington until 2026.

Still, the 1st District representative from Mount Pleasant sees nothing shifting with his core philosophies.

"I'm pretty consistent. This is me. This is who I am and — I think — who I have always been," Sanford said on a recent weekend, as he leaned against a silver sedan in a Dunkin' Donuts parking lot trying to talk to voters.

"I would just say that my thinking has become more nuanced."

When asked how he has been navigating the current administration, Sanford grows quiet.

"I'd say imperfectly and with difficulty," he said.

Sanford was one of two Republicans to sign a letter calling on President Donald Trump to release his tax returns. He also has publicly criticized the president for his stances on opening Atlantic waters to coastal drilling, tariffs and even more pointedly, the president's often caustic behavior toward foes.

"I've always sort of spoken my mind in trying to represent the people that I represent, and I think that becomes particularly hard given the way that the Congress has taken on this somewhat subservient role to the executive branch," he said.

Sanford winced when asked if Trump should run for office again: "That's not for me to decide."

According to a congressional voting analysis from FiveThirtyEight — a digital news organization that specializes in statistical reports — only four House Republicans have voted against Trump more often than Sanford.

"It's the reason why I have a primary challenger," Sanford said. "Nobody gets a free lunch."

State Rep. Katie Arrington, R-Summerville, launched her campaign against Sanford last summer and has aligned herself with Trump ever since.

Their June 12 primary, she said, will be about a fight to stand with the president and "not bash him to leftist cheerleaders."

Sanford also has drawn at least three Democratic challengers, including Dimitri Cherny, a Bernie Sanders supporter who challenged him two years ago; newcomer Joe Cunningham, who has pledged to flip the seat; and Toby Smith, a self-proclaimed protest candidate.

State Sen. Tom Davis, who who was Sanford's chief of staff as governor, said the congressman has nothing to fear with the Trump contingency in the Republican Party.

"I think one of the things that Mark has always done is, he hasn't made himself a blanket endorser," said Davis, a Beaufort Republican. "And with Trump, I think he will respect someone who can explain themselves respectfully where they agree and where they disagree. That's what you would expect of any congressman."

Not Paul Revere, but warning

During an unseasonably warm D.C. day in February, Sanford decided to walk back from the Capitol when Colorado Republican congressman Ken Buck appeared next to him, matching his stride.

Hardly strangers, the lawmakers count themselves among the 40 or so GOP hardliners in the House Freedom Caucus. Both men agree that government spending is out of control. And now Buck came to Sanford as a sounding board about whether the daily grind is worth it.

"Look," Buck told Sanford, cutting to the chase, "I came here wanting to do something similar to what you did with deficit spending. And I'm very frustrated."

Silence moved between them as Sanford listened.

"I know that's why you came here," Buck said, pushing a little more. "So what's your deal?"

"Yeah, it's a frustrating time," Sanford responded. "There aren't a lot of handholds on that issue right now, but that doesn't make it an irrelevant one. It just means it's not in vogue."

When Sanford arrived in Washington in 1995, he was a fiscal hawk without any political experience. Instead, he leaned into the perceived gap on his resume by telling the public they were best served by citizen legislators.

He campaigned on term limits and pledged to fight government spending. In his first speech on the House floor, Sanford began his crusade. Since that speech, the national debt has ballooned. The U.S. Treasury reported this week that the debt topped $21 trillion for the first time in history.

The federal budget deficit isn't looking much better. A recent report from the nonpartisan Committee for a Responsible Federal Budget projects the deficit will climb to $1.1 trillion in 2019, up from $665 billion in 2017.

"I want to warn, cajole, pressure, beg, reason on that front. That's the big issue for me," Sanford said. "At some point, it becomes an exercise in futility, but it's not that I liken myself to any Paul Revere type."

But he keeps warning the nation of what he sees as the country's looming existential and financial demise. It's why he voted against the Bipartisan Budget Act of 2018 in February. In an 814-word Facebook post, Sanford condemned the bill for being "atrocious" and "government growth on steroids."

JoAnne Knapp is a proud member of the Sea Island Republican Women. She used to live in the 1st Congressional District and wishes she still did. She said she wants to vote for Sanford in the midterms.

"He's honest — sometimes to a fault," said Knapp, a Charleston native. "Sometimes I'd like to flick him in the ear and say 'Come on, now. Whose side are you on?'"

But her friends agree: They like what Sanford is doing, even if they don't like everything he has done.

"I like 80 percent of what he does. The other 20 percent, I can live with," said Emily Rudolph, who lives in the district.

College of Charleston political scientist Gibbs Knotts said the current challenge for Sanford will be putting his stamp on his time in Washington and restoring his seniority. Sanford currently serves on the budget committee, as well as committee and subcommittees related to government oversight and road and infrastructure. However, he does not chair any of them.

"Not every member of Congress has that, but he's been in long enough and has been known long enough that you'd think he would have moved up there," Knotts said.

Looking ahead to the June primary, Sanford does not share any big plans. Instead he talks about why he is going to keep doing what he has always done, whether it's fighting for tighter government spending or meeting with constituents in parking lots and hardware stores.

To date, he has never lost an election.