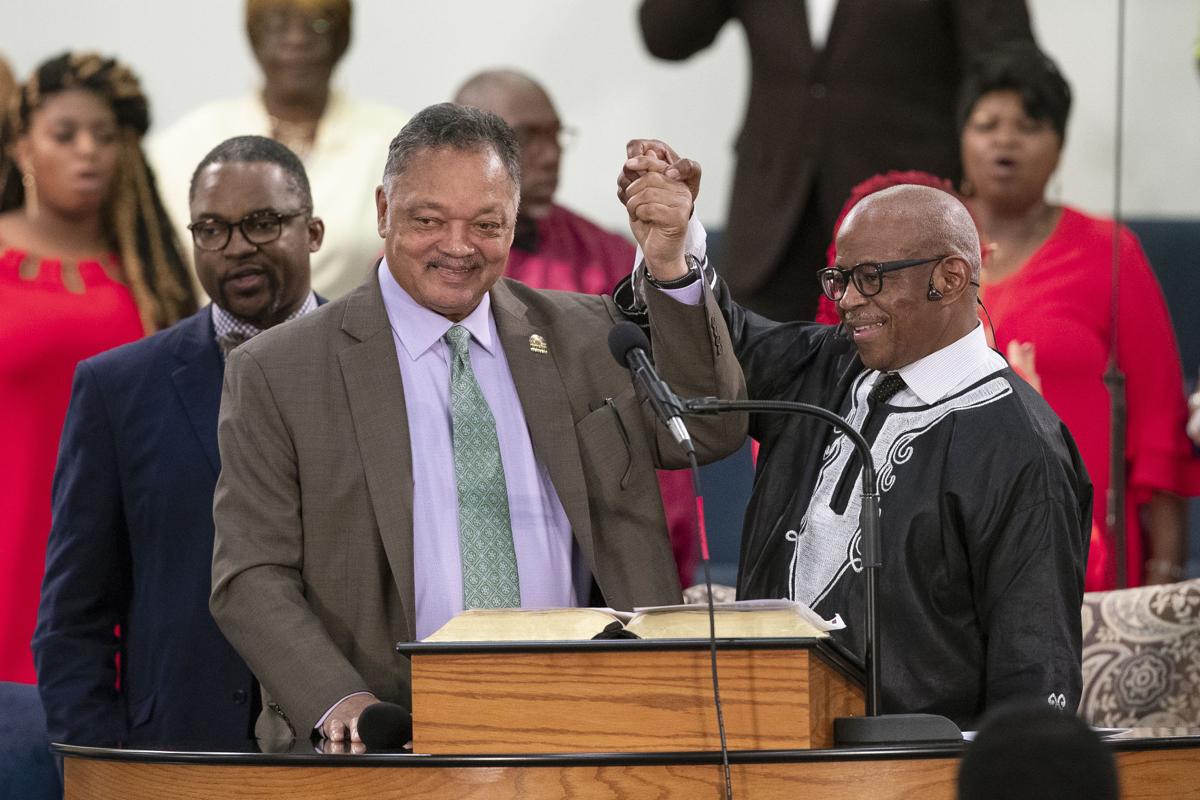 Rev. Nelson Rivers raises the hand of Rev. Jesse Jackson while hosting a birthday celebration and tribute to him at Charity Missionary Baptist Church in North Charleston on Sunday, October 13, 2019. Lauren Petracca/Staff 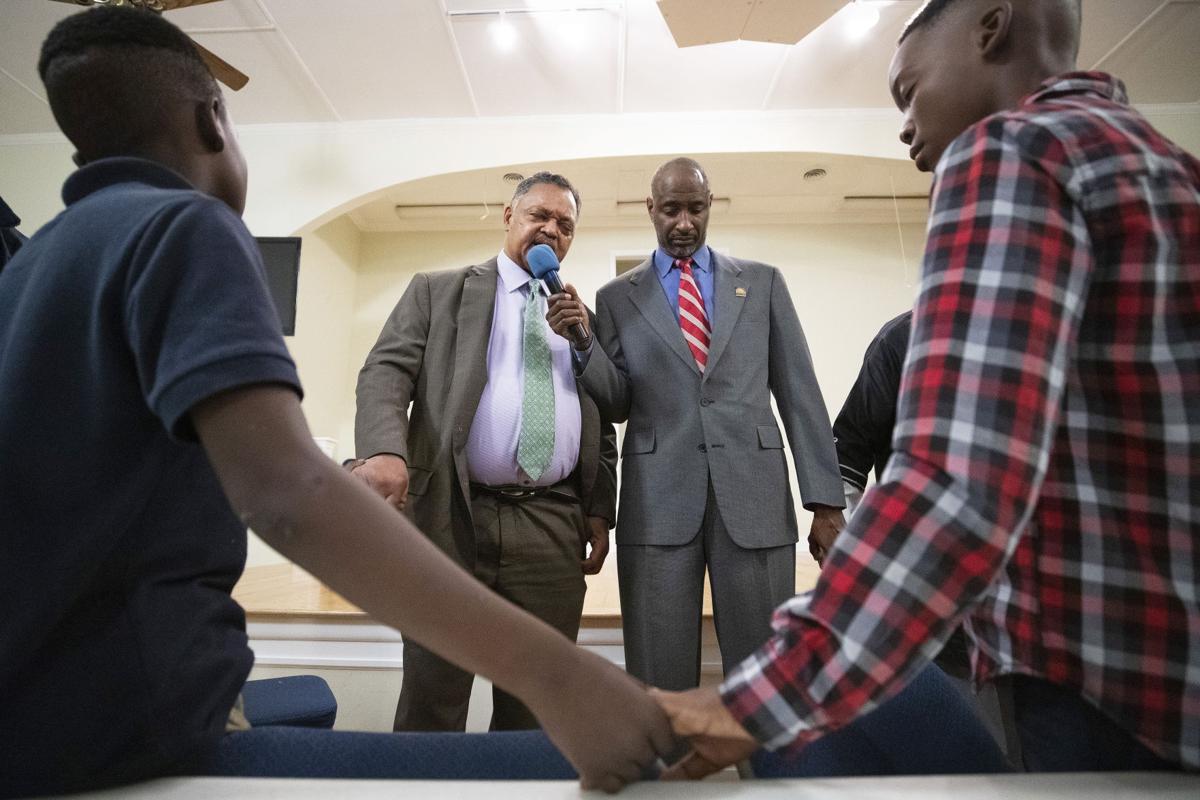 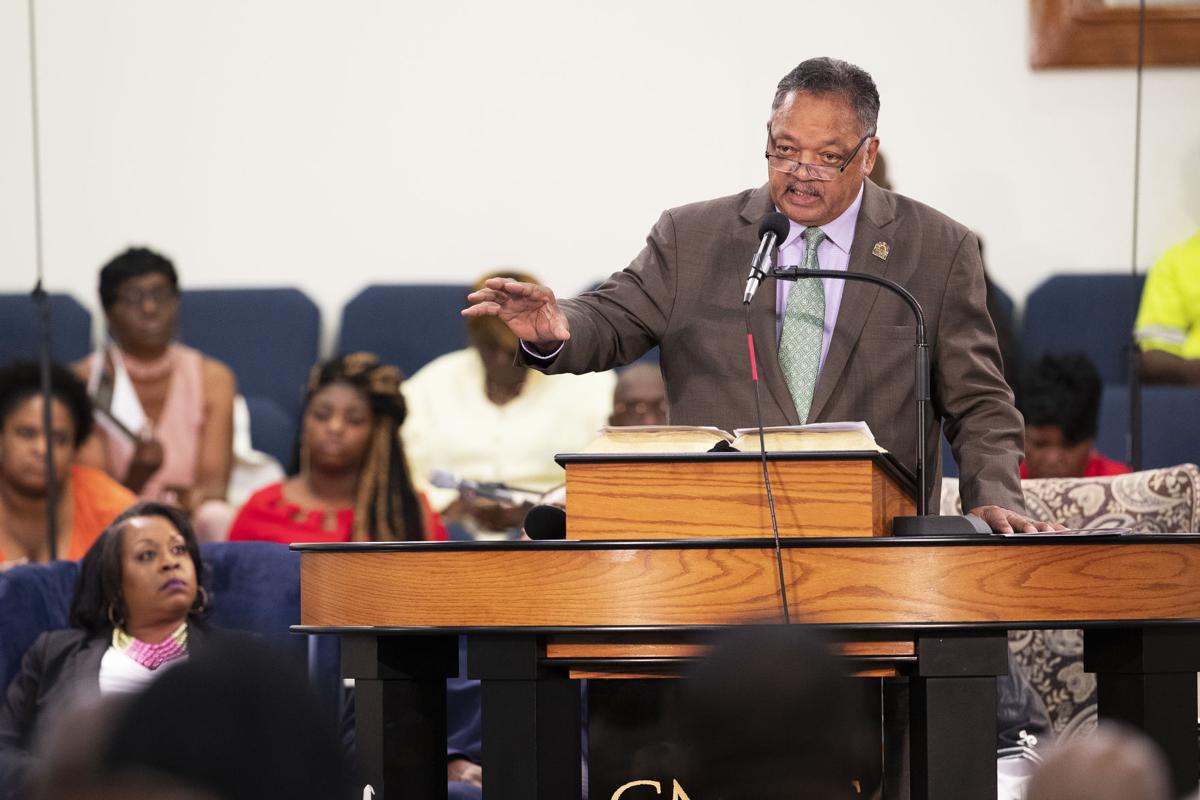 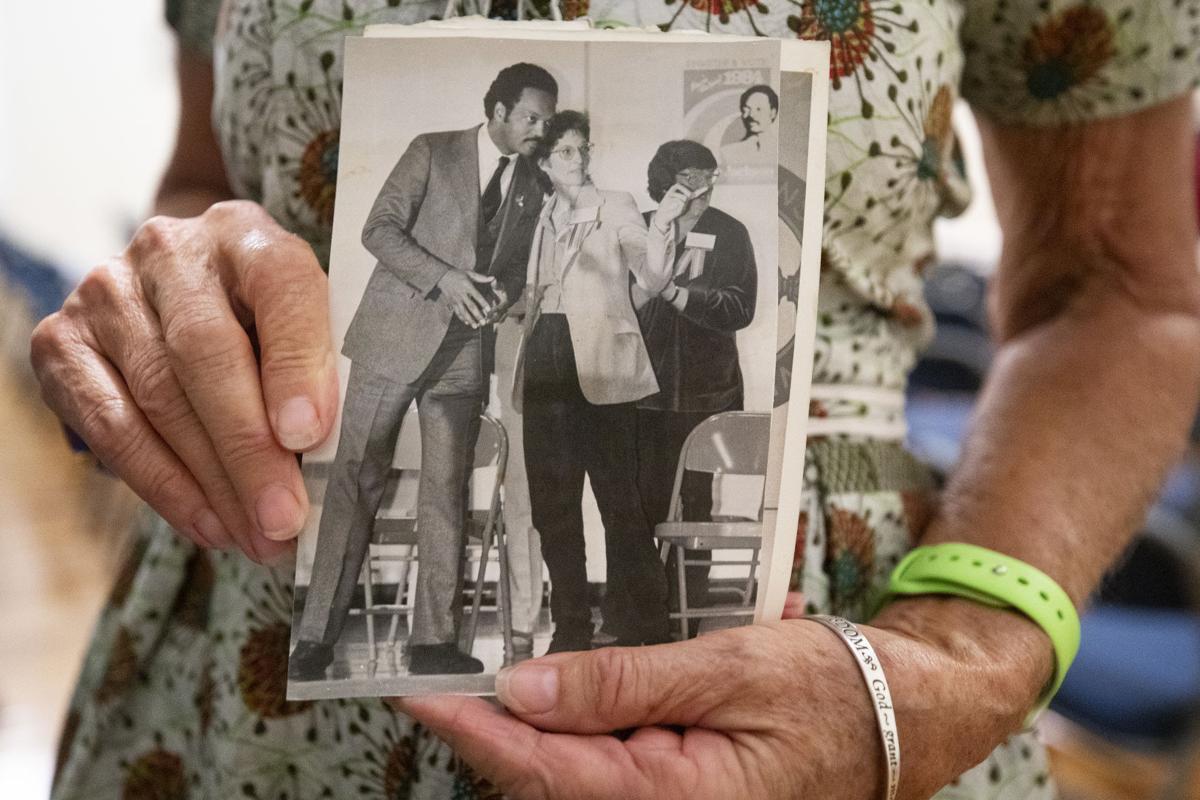 Priscilla Jeffery holds a photograph of herself with Jesse Jackson from the 1980s, taken while he was running for president, during a birthday celebration and tribute for him at Charity Missionary Baptist Church in North Charleston on Sunday, October 13, 2019. Lauren Petracca/Staff 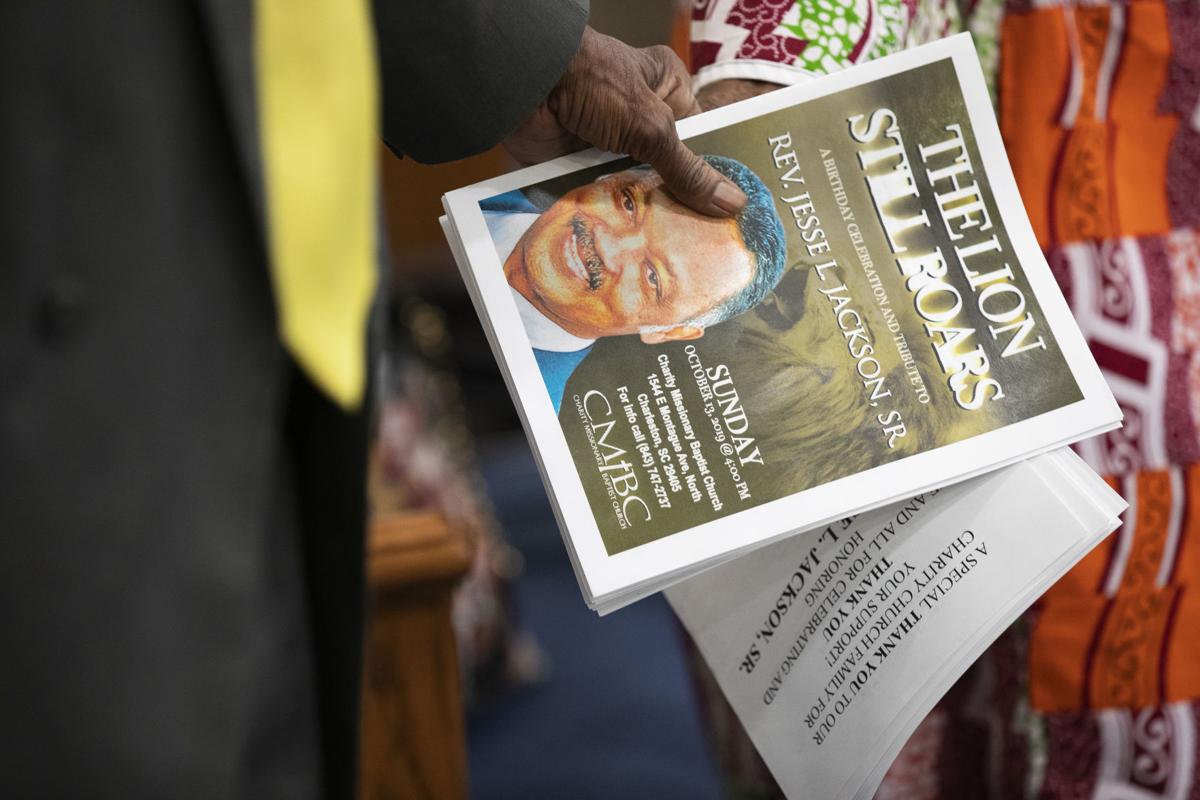 Rev. Nelson Rivers raises the hand of Rev. Jesse Jackson while hosting a birthday celebration and tribute to him at Charity Missionary Baptist Church in North Charleston on Sunday, October 13, 2019. Lauren Petracca/Staff

Priscilla Jeffery holds a photograph of herself with Jesse Jackson from the 1980s, taken while he was running for president, during a birthday celebration and tribute for him at Charity Missionary Baptist Church in North Charleston on Sunday, October 13, 2019. Lauren Petracca/Staff

The affirmation was repeated multiple times as the Rev. Jesse Jackson returned to his home state of South Carolina on Sunday night where his life was celebrated around a legacy that's not yet over.

Now 78, the civil rights icon and two-time presidential candidate has dedicated most of his life fighting for equality. His birthday was Tuesday.

The event, at Charity Mission Baptist Church, blended songs with tributes and personal stories in which Jackson reaffirmed his time speaking out against injustice is far from done.

In 30 minutes of remarks, Jackson outlined actions he would like to see take hold in South Carolina, including paying college athletes so they are compensated for their talents and "not just make coaches millionaires."

On voting, he urged for the creation of voter precincts and registration in jails and on college campuses. Also, getting schools to get 18-year-olds registered.

It was not the first time Jackson had set foot in the church. He gave an honorary sermon here a decade ago.

Carolyn Lecque, of North Charleston, was there back then and on Sunday she wanted to hear Jackson speak again. With two campaign buttons from Jackson's 1988 presidential run pinned to her leopard-print sweater, Lecque marveled at Jackson from afar after the event.

"I thought that he was really brave," she said, recalling his presidential campaigns.

Now in her 70s, she's still proud to wear the buttons.

"He was committed. He was serious," she said. "And he's still as sharp as ever."

A protege of the Rev. Martin Luther King Jr., Jackson founded the Rainbow PUSH Coalition, a Chicago-based social change group. In 2000, he was awarded the Presidential Medal of Freedom.

The Rev. Nelson Rivers, a longtime friend of Jackson's and a former head of the South Carolina NAACP, compared King and Jackson to the Biblical relationship between Moses and Joshua.

Jackson's own mortality loomed over the event. In 2017 he announced he had been diagnosed with Parkinson’s disease, an incurable progressive nervous system disorder. There were signs of it on Sunday.

When Jackson wanted to stand, two or three men would help him up. When he wanted to speak to someone, he gestured to them. When he posed for photos, he would steady himself.

He sought to show he was more than his diagnosis.

During his talk he referenced his notes only briefly. He traveled the stage without help at times.

At one point in his remarks, Jackson noted he had Parkinson's and that it could sometimes make speaking challenging but he smiled wryly at the audience, prompting laughter from those who were hanging on his every carefully executed word.

Still, Rivers prayed for him.

"We thank you for the life that is Jesse Jackson," he said.

In 1984, Jackson became the second African American to make a national run for the presidency. Shirley Chisholm, the first black congresswoman, was the first in 1972.

In that effort, he placed third in the Democratic primary voting, securing 3.5 million votes. He tried again in 1988.

During his second presidential campaign, he won 11 primary contests and finished second, losing the nomination to Massachusetts Gov. Michael Dukakis.

In his quest for the White House, both times he won in South Carolina.

His presidential campaigns in the 1980s have since been viewed as historic steps that paved the way for former president Barack Obama's election as the first black president in 2008.

After the celebration in the church sanctuary, Jackson took questions for about 20 minutes. He briefly dipped ino local politics, saying it was time for North Charleston to have a black mayor.

The Nov. 5 mayoral election is just weeks away.