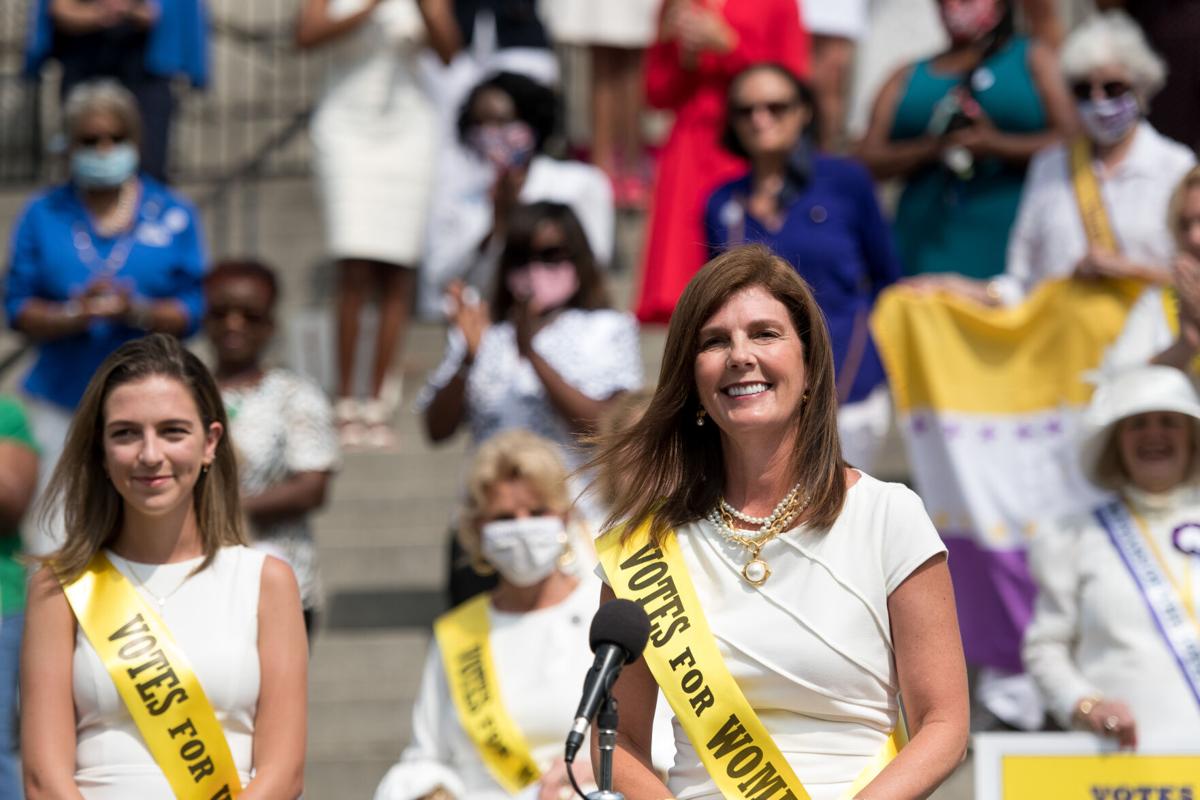 South Carolina Lt. Gov. Pamela Evette receives applause at the Statehouse during a press conference celebrating the 100th anniversary of the 19th Amendment on Tuesday, Aug. 18, 2020, in Columbia. Evette over the weekend tests positive for COVID-19 after experiencing a mild sore throat and headache. File/Sean Rayford/Special to The Post and Courier 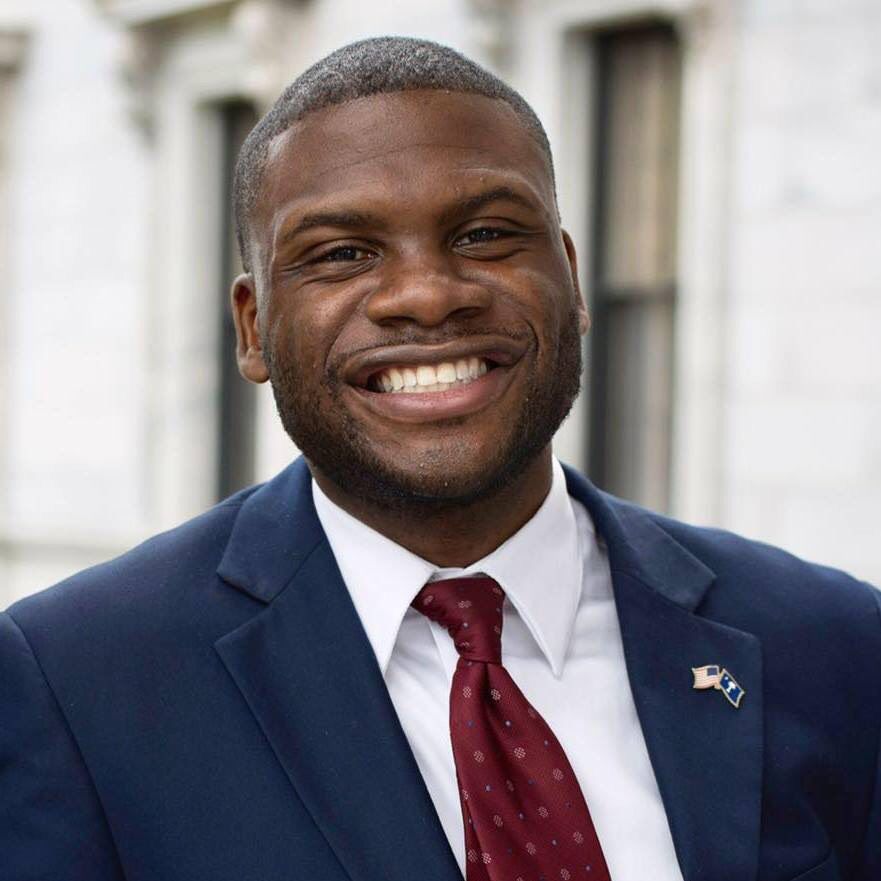 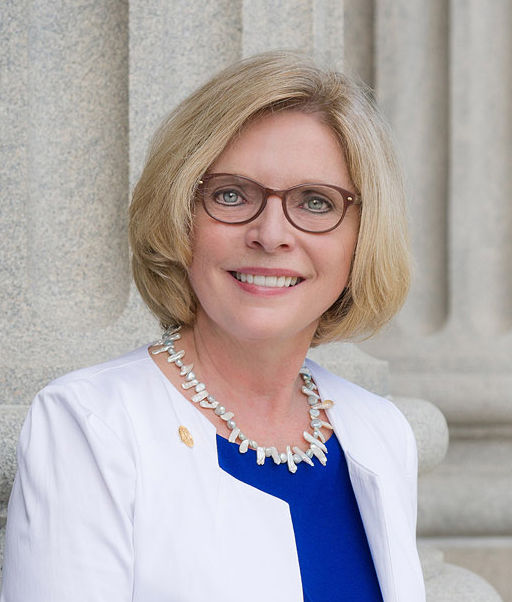 COLUMBIA — One of every 33 South Carolinians has tested positive for COVID-19 since March and a few of them have been politicians.

There could be more.

Kambrell Garvin, a Columbia Democrat who tested positive in late May, said he knows of other House members who did not make public announcements they were infected. Garvin declined to name them, although they include Republicans and Democrats, he said.

Garvin figures lawmakers who declined to share their positive results publicly wanted to avoid a stigma.

"They don't want people to think they did something wrong," he said.

"I think if they were home and they caught it ... and they weren't out and about in their official capacity, I think they kind of have the right to keep that to themselves," she said.

Politicians getting COVID-19 is a hot topic after President Donald Trump and three U.S. senators became infected in recent weeks.

State Sen. Katrina Shealy, a Lexington Republican just getting over her bout with COVID-19, said the president should not be telling Americans to not let the virus dominate their lives and working like nothing is wrong.

"I don't think he needs to tell people not to be concerned about it. Because everybody isn't as fortunate as the president, who has to have world-class medical treatment at the drop of a hat," said Shealy, a Trump supporter. "So if you think you have it, you do need to be concerned."

She added, "He shouldn't be seeing people. He could Zoom. He doesn't need to be in face-to-face meetings yet. I'm in my third week and I'm still not getting around people."

Evette, who co-hosted a Trump fundraiser featuring Donald Trump Jr. this summer, said Trump Sr. is making decisions based on advice from "the best medical team in the world."

"They seem very confident in what they're telling the public and him to do," Evette said.

Like the president, Evette does not want the virus to stop people from living their lives.

"I think to be afraid to live your life would be very sad," she said. "So follow precautions but don't be paralyzed with fear."

Evette said the first signs of COVID-19 came when she got a migraine-style headache and aches while at home in Travelers Rest on Sept. 9; she tested positive the next day. Her husband and 91-year-old mother also tested positive.

She said she followed advice from the governor and state public health officials: Stay at home, keep away from others and "try not to give it to anybody else."

Evette, 53, said she has no idea where she contracted the virus. She attended the Southern 500 at Darlington Raceway on Sept. 6 with Gov. Henry McMaster. She said she does not know anyone who tested positive for COVID-19 associated with the race and does not think she was infected at the Pee Dee racetrack. McMaster, who at 73 is the oldest serving governor in state history, tested negative.

Evette said getting the virus did not change how she thinks state leaders should approach handling COVID-19, especially in adopting a statewide mask mandate. She understands not everyone is wearing masks.

"I try not to judge," she said. "Due to whatever conditions they may have, there may be a reason they're not wearing a mask. I just think that I have a lot of faith, as does the governor, in the people of South Carolina."

Shealy does not think mask ordinances are enforceable, wondering if towns and counties are going to chase down violators for $25 fines.

Shealy, 65, said her first signs of the virus came when she felt like she was getting a bad cold during a family trip to Edisto Beach last month. After a fever and shortness of breath, Shealy got a saliva test from the University of South Carolina and learned she was positive.

Her husband also tested positive, but no one else who was at Edisto. Shealy believes she had the virus before her trip but does not know where she contracted it. She was in the Statehouse the week before her positive test. She said she is not aware of any senators who have caught the virus though some staffers have.

After getting a negative test, Shealy said she is wearing two masks — a surgical mask with a cloth mask over it — when she has to leave the house, such as to check on campaign signs.

"My husband tells me I'm crazy," she said. "I said, 'Well, you know, I don't know that I don't still have some kind of lingering effect.' "

Shealy, 65, said she plans in the session next year to push for more state money to state colleges to find a cure or vaccine and build a state stockpile of masks and other protective equipment.

Next year, Garvin said he plans to reintroduce bills to expand health care insurance since the coronavirus has hit Black South Carolinians disproportionally. Garvin believes the lingering effects of COVID-19 could become considered a pre-existing condition in the future.

"I would not be surprised if COVID-19 doesn't take a few years off of my life and the lives of others who contacted it," the 29-year-old attorney said.

Garvin said he is unsure of how he contracted COVID-19 at the end of May. He felt like he was getting a summer cold with a severe cough.

"We kept hearing that COVID was not truly impacting young adults, it was a disease that was killing older Americans," he said. "At the time when I contracted the COVID, I felt my chances of survival were pretty good."

That changed when a former middle and high school classmate, 28-year-old teacher Demi Bannister, died from the virus last month.

"Speaking at her funeral truly was an eye-opening experience because so often I think so often how my situations could have ended so differently," Garvin said. "I want to caution young South Carolinians to take this virus seriously."