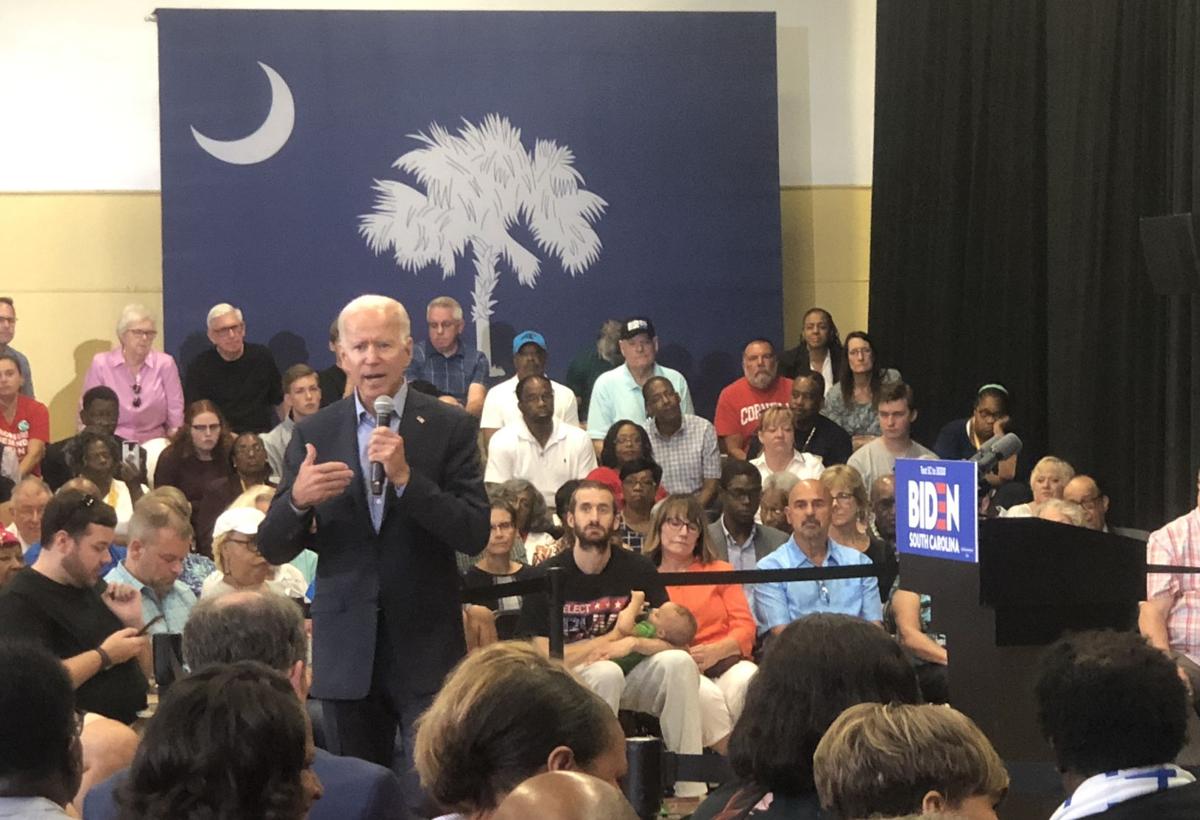 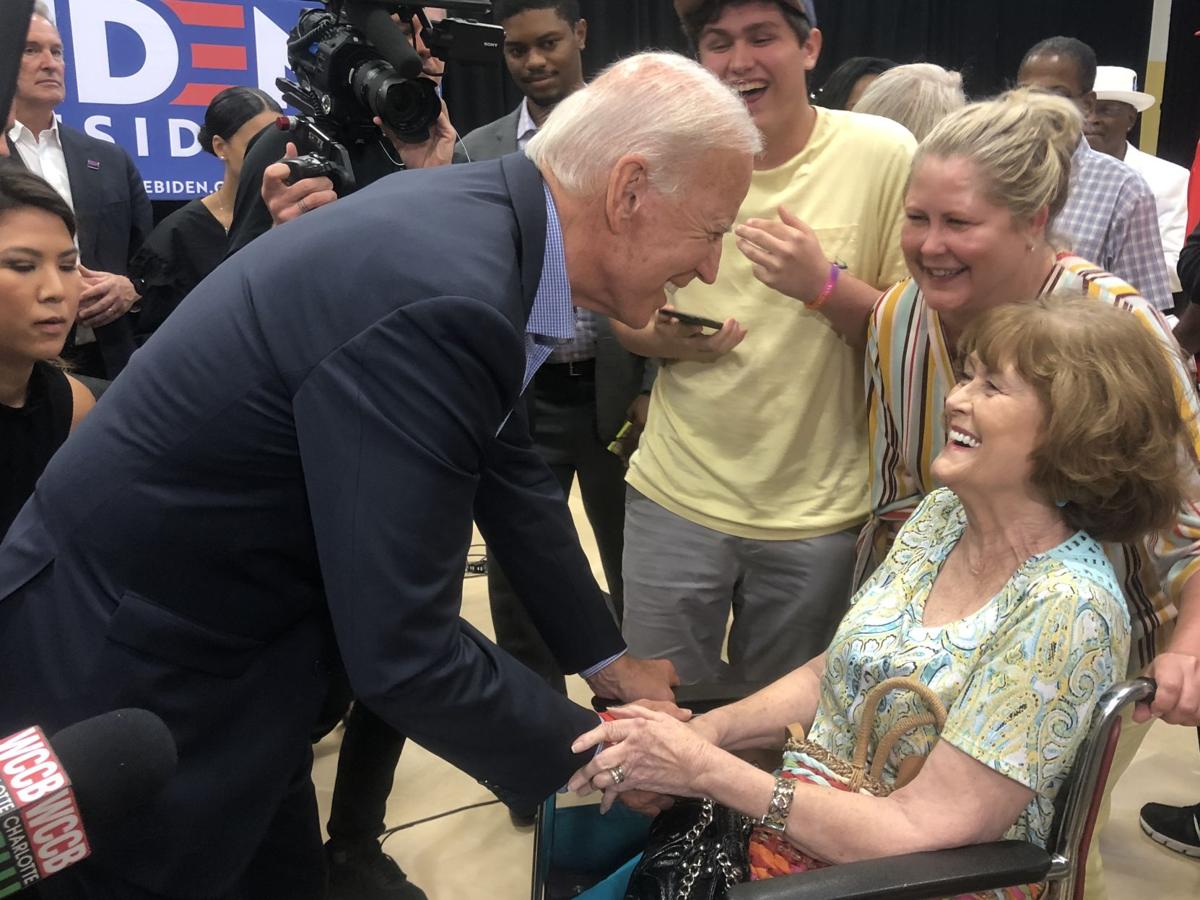 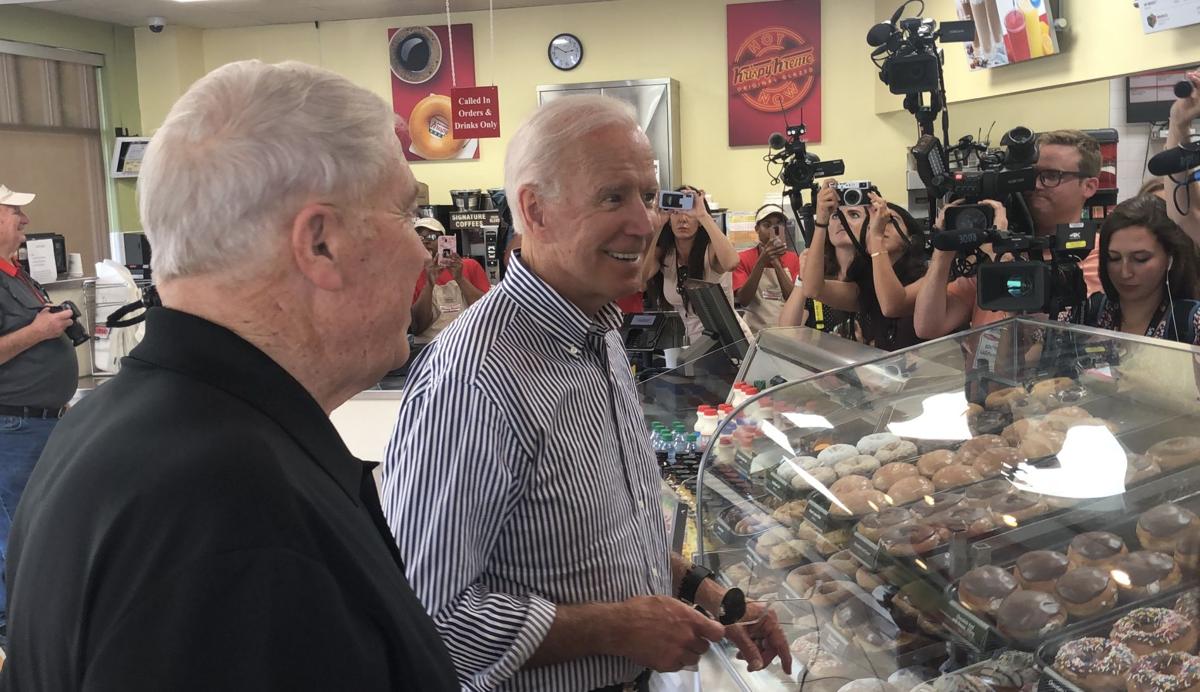 GAFFNEY — Even with so many other candidates to choose from, Sheran Littlejohn knew who she was going to vote for in the South Carolina Democratic presidential primary before the race even really began.

"I was always hoping Joe Biden would run," said Littlejohn, 71, after a Biden town hall at Limestone College in Gaffney this week. "We need someone who cares about people and who knows how to run the government. He's been there for 40 years. He won't even have to open a book."

As Biden's Democratic primary opponents work around the clock to try to win over his supporters, the former vice president's frontrunner status in South Carolina has remained solid in the early months of his campaign, buoyed by decades of relationships and a particularly strong appeal with black voters, who comprise a majority of the state's Democratic voters.

Biden's lead in South Carolina has consistently outpaced his support in other early states and national polls, raising the prospect that the state could serve as something of a firewall for his campaign if he begins to slip up elsewhere.

In an interview with The Post and Courier following a town hall Thursday in Rock Hill, Biden acknowledged the impact that a setback in the other early states could have on his odds of winning the Democratic nomination.

"Iowa can change the dynamic of a race for everybody and anybody," Biden said. "In New Hampshire, in Iowa, in Nevada, the dynamic can change."

But he argued that his substantial campaign operation, dozens of prominent endorsements and decades of relationships in South Carolina could preserve his frontrunner status in the Palmetto State regardless of what happens elsewhere.

"We’re in a situation where we have invested a lot of time and effort and structure here," Biden said. "So I hope that whatever Iowa would bring, what we’ve done here would strengthen the prospect that we can continue to win here."

Biden's critics have rested their hopes in South Carolina partly on an argument that Biden's support here is "wide, but it's not deep" — a suggestion that his many supporters here are not necessarily wedded to him and could ultimately be persuaded to vote for someone else.

Yet in interviews with more than two dozen voters at Biden's events over the course of his two-day swing through South Carolina this week, more than half of them said they were dead-set on their choice of the former vice president and could not foresee anything that would change their minds.

"I'm all in for Joe," said Evans, 70, a retired teacher from Rock Hill. "He has the most experience and, unlike Trump, he actually knows what he's talking about. That makes all the difference."

But some others continue to describe themselves as "leaning" toward Biden or said they would "probably" vote for him but could not rule out the possibility of ultimately picking another Democrat.

"I'm here because he's my favorite right now," said James Kelley, 71, at Biden's town hall in Gaffney. "But I don't think I'm ready to commit yet. Things could always change."

Other candidates who have worked particularly aggressively to win over South Carolina voters include some of Biden's top Democratic rivals: U.S. Sens. Elizabeth Warren of Massachusetts, Bernie Sanders of Vermont, Kamala Harris of California and Cory Booker of New Jersey as well as former U.S. Rep. Beto O'Rourke of Texas.

"I look at Biden right now as the anchor, the go-to person, but I'm excited by some of the others," said Verian Barker of Roebuck, citing Warren, Harris and O'Rourke in particular.

Asked how he explains his stronger support in South Carolina than other early primary states, Biden cited his lengthy history of visiting the state and building relationships here, helped by one of his "best friends," the late U.S. Sen. Fritz Hollings.

"I’ve been coming to South Carolina a long, long time," Biden said. "I worked with former governors and governors with helping get funding for your ports, funding for dealing with infrastructure projects because it’s so important here in the South. I guess it’s because I just know so many of the people down here."

His longtime connections to the state include people like Fran Person, who met Biden during his senior year at the University of South Carolina and went on to serve as his personal aide in the Senate and the White House.

"A lot of people talk about it as name ID or he's a celebrity, but it's not that," said Person, who ran unsuccessfully for Congress in South Carolina in 2016. "They feel like they know him on a personal level. That's very different. That didn't happen overnight. A lot of it can be attributed to him being vice president for Obama, but it goes way deeper than that."

His crowds in South Carolina, often packed into intimate venues around the state where voters can get an up-close view of him, regularly display more enthusiasm than has been reported in other states, a connection that appears to enliven Biden as he stumps here.

While some progressive voters have bemoaned Biden's more moderate policy positions, he argued that has been one of his strengths in the primary — focusing on reaching a broader spectrum of voters rather than just those on the party's left flank.

"The argument is who is putting forward policies that the vast majority of democrats support, and who is in a position that if they win the presidency on Day 1 can stand on the world stage and lead," Biden said.

"I’m not saying I’m the only one who can do it," he added. "But I think I’m the best prepared to deal with the issues that are of most concern for the vast majority of the American people."

As he prepares for the next Democratic debate next month, when all of the leading candidates will be on the same stage together for the first time, Biden acknowledged that he may come under fire again. But he argued the public "doesn't like the bickering" and said he hopes his opponents will focus on their own plans, not his past.

"I understand I’m going to be the target, I get that," Biden said. "That's not a criticism. I’m a big boy. The target’s on my back. You have to take down Biden to elevate yourself. But I hope we start talking about the future."