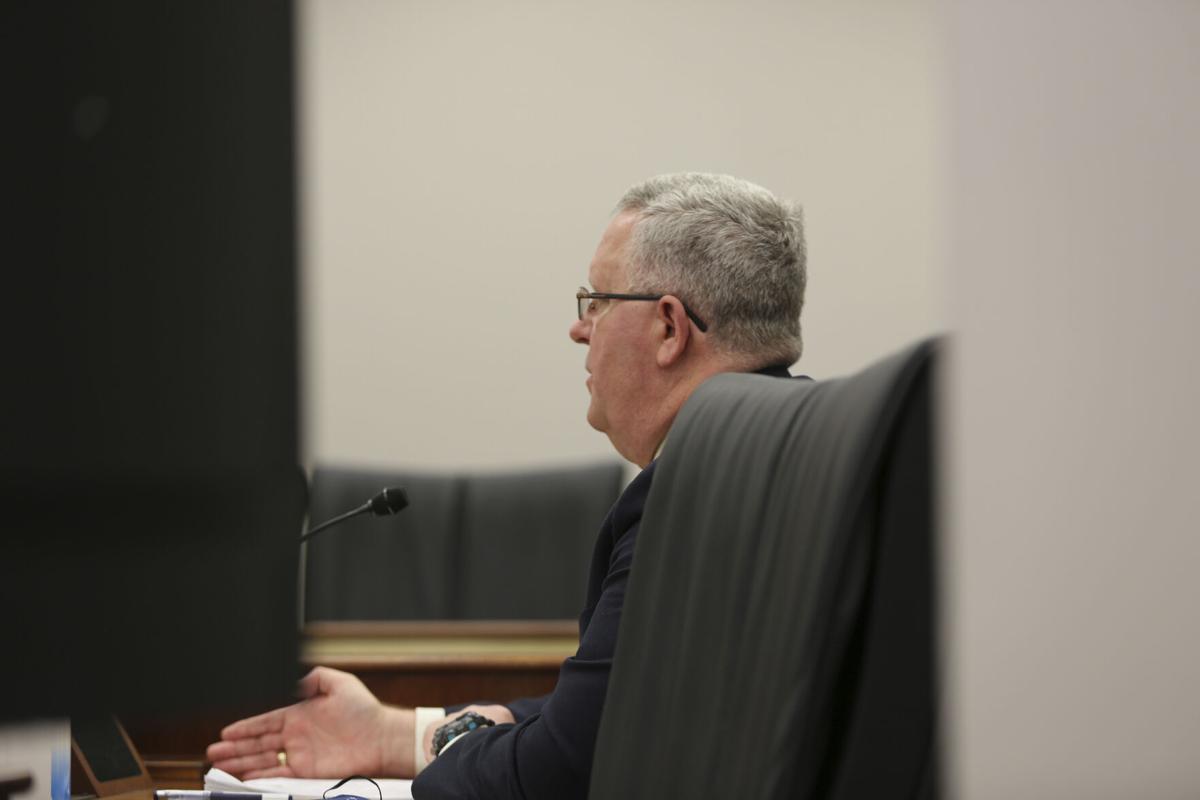 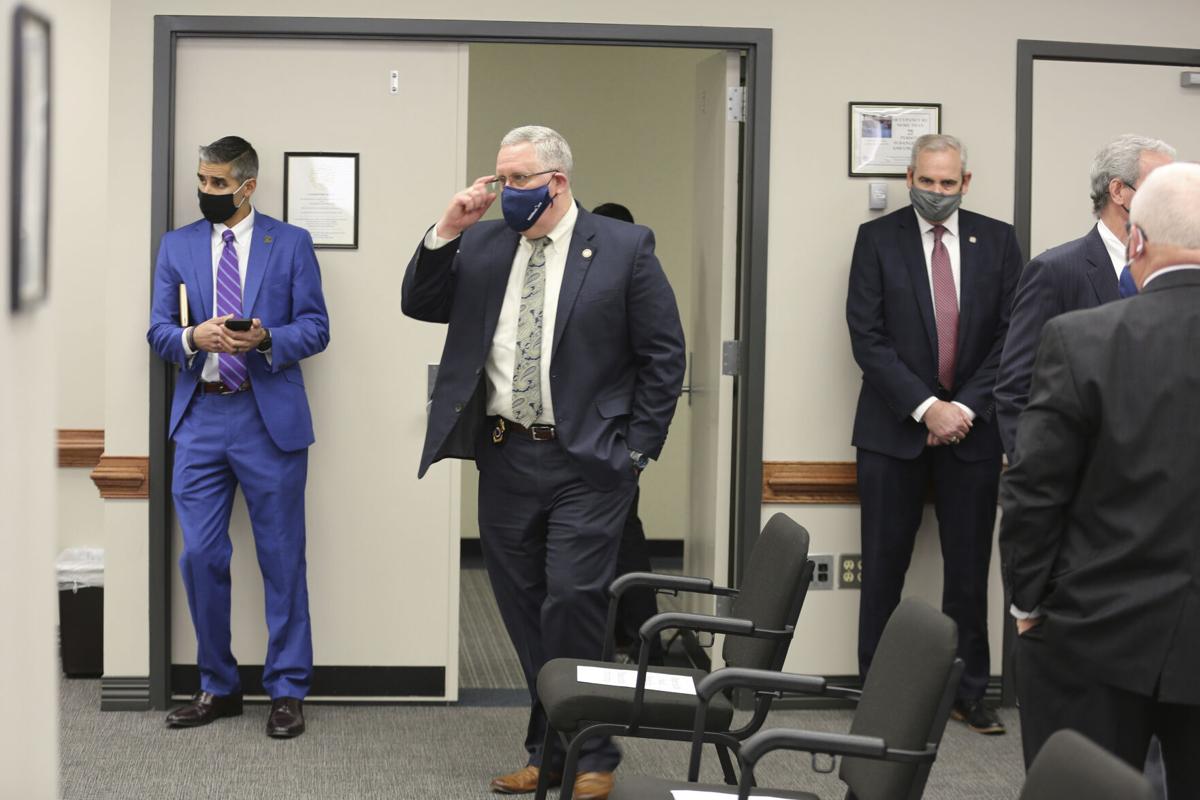 Robert Woods IV enters a South Carolina Senate hearing room before senators consider his nomination to lead the state Department of Public Safety, Wednesday, Feb. 24, 2021 in Columbia, S.C. Woods has been with the Highway Patrol for 29 years and has been interim director of the Department of Public Safety for the past year. (AP Photo/Jeffrey Collins) 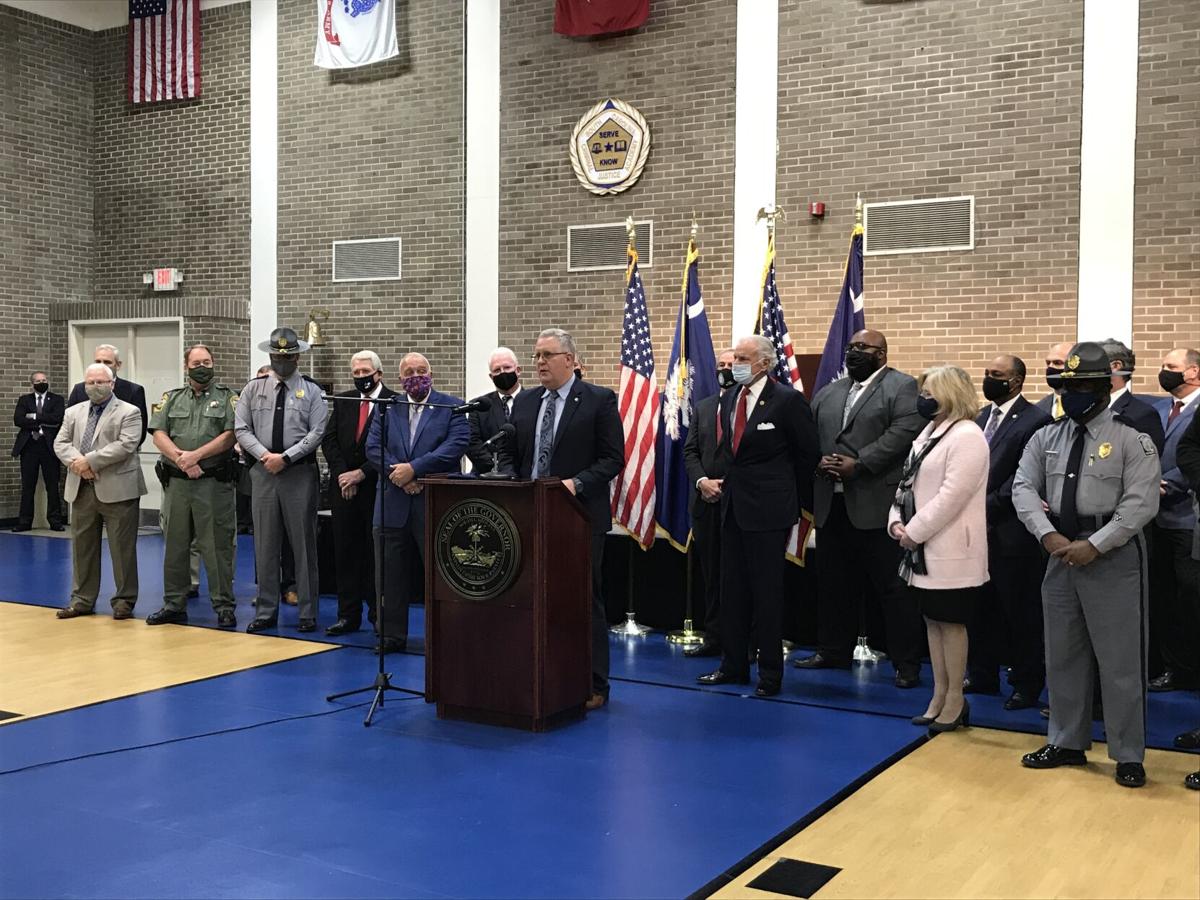 Robert Woods thanks Gov. Henry McMaster on Wednesday, Dec. 2, 2020, for nominating him to be director of the state Department of Public Safety. He has been acting director since Feb. 1, 2020. File/Seanna Adcox/Staff

Robert Woods IV enters a South Carolina Senate hearing room before senators consider his nomination to lead the state Department of Public Safety, Wednesday, Feb. 24, 2021 in Columbia, S.C. Woods has been with the Highway Patrol for 29 years and has been interim director of the Department of Public Safety for the past year. (AP Photo/Jeffrey Collins)

Robert Woods thanks Gov. Henry McMaster on Wednesday, Dec. 2, 2020, for nominating him to be director of the state Department of Public Safety. He has been acting director since Feb. 1, 2020. File/Seanna Adcox/Staff

COLUMBIA — The acting director of South Carolina's public safety agency took a step closer Feb. 24 to becoming its permanent leader, as senators applauded his progress over the last year in boosting trooper morale.

A Senate panel voted unanimously to advance the nomination of Robert Woods IV to keep him at the helm of the state's long-troubled Department of Public Safety.

"What I’ve heard since you’ve been interim is that morale is going up," said Sen. Brian Adams, R-Goose Creek, a retired police officer.

"I, too, have heard morale is going up, which is fantastic," said the panel's chairwoman, Sen. Sandy Senn, R-Charleston.

Woods, a 54-year-old Citadel graduate, told senators he never aspired to the job. But when Gov. Henry McMaster asked him to temporarily take over in February 2020, he "seized that as an opportunity to do good things" for the agency he cherishes.

His 30 years of experience in the agency, starting at the bottom patrolling Charleston-area roads, make him uniquely suited for the task of increasing the ranks and boosting morale, he said.

The only other law enforcement agency Woods has worked for is the Charleston Police Department, where he patrolled the streets for two years before rejoining the Highway Patrol in 1993.

"I know the operations, the culture and the people of the organization. There's really not much about the department I don’t know in terms of how it operates," Woods said, noting he's been with the agency since it's inception.

The job entails managing more than 1,200 employees statewide in several divisions, with the largest being the Highway Patrol, where complaints, including uneven discipline and unfair promotions, mounted most over the last decade.

"I’ve lived it. I understand it. I get where these guys are coming from. It’s a situation in which I can identify with those who feel they’re in a low-power situation," he said. "What I want to do is provide them an open door for meaningful dialogue to change this organization not just for the employees but for the people of this state."

Woods said he's working to grow troopers' ranks from roughly 800 to at least 1,000. His efforts include seeking several million from legislators in the state budget to boost entry-level salaries so troopers can at least start at $40,000.

"Just getting their attention, we’re behind the 8-ball," he said of advertising first-year jobs at $39,000.

But that's a legislative decision, he said, and since money alone is not going to fix morale or keep troopers from leaving, "I need to control what I can control."

He said assured senators he's committed to increasing diversity in the ranks. Just under 20 percent of troopers are minorities and very few are female. Efforts include recruiting at historically black colleges, he said.

It's important to "ensure that we look like the community we serve and, in doing that, it builds confidence," he said, noting his master's degree from Columbia College is in conflict resolution.

"I commend you for those efforts," said Sen. Marlon Kimpson, D-Charleston. "I’m interested in working with you to track that number."

Woods would officially replace Leroy Smith, who announced in fall 2019 he would not seek a third term at the helm, after years of legislators calling for his removal.

SC Gov. McMaster had an 'embarrassing' week. Here's what happened.

McMaster's decision to keep Woods in the role requires the Senate's blessing. Woods is expected to easily win approval, following a vote by the full Senate Judiciary Committee next week.

It has the backing of state law enforcement groups, the South Carolina Troopers Association, which Woods once led as president, as well as the state's top officer, State Law Enforcement Division Chief Mark Keel.