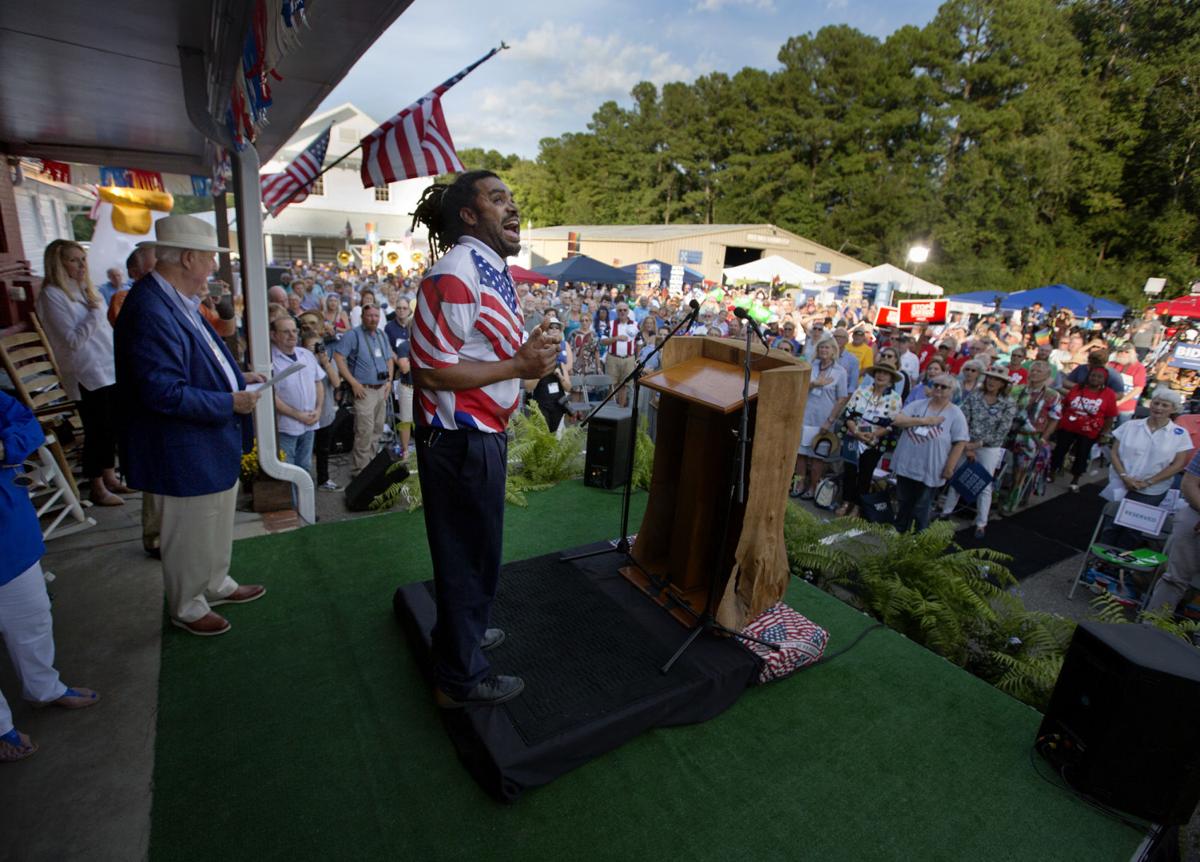 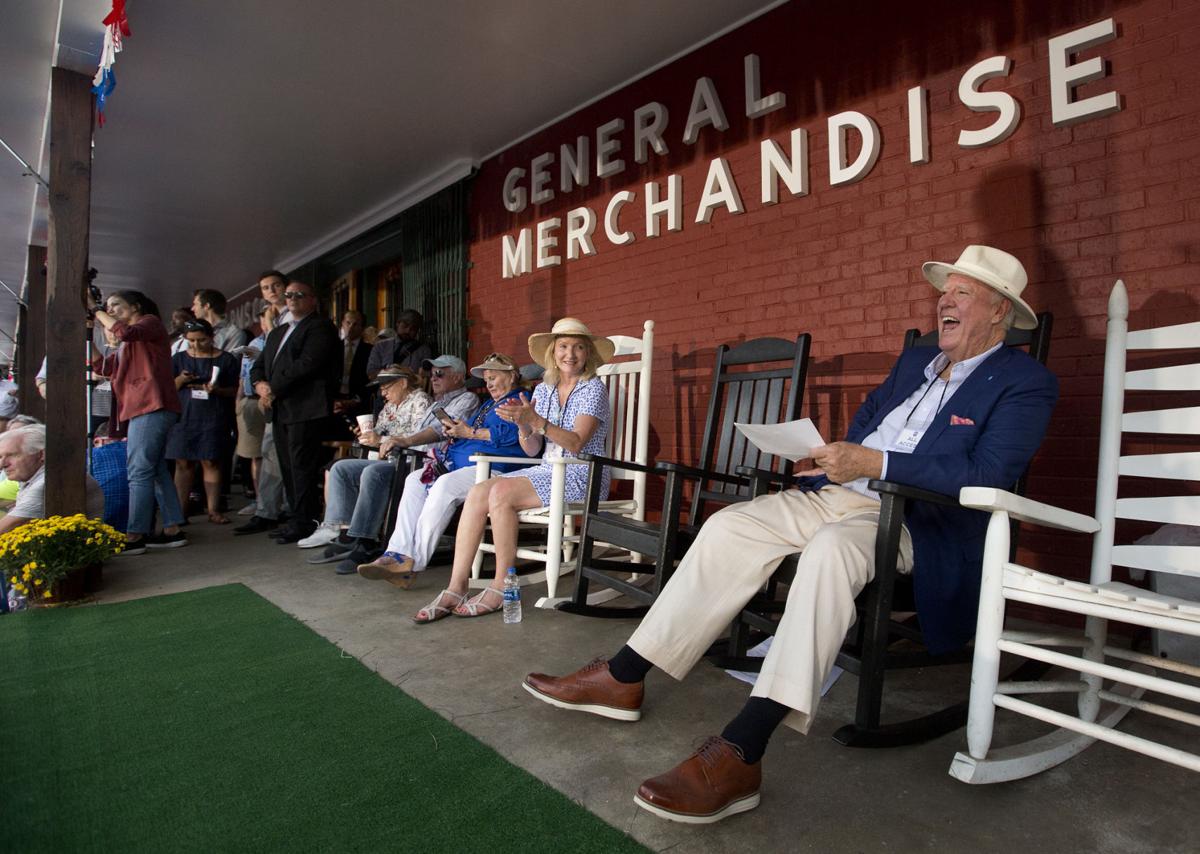 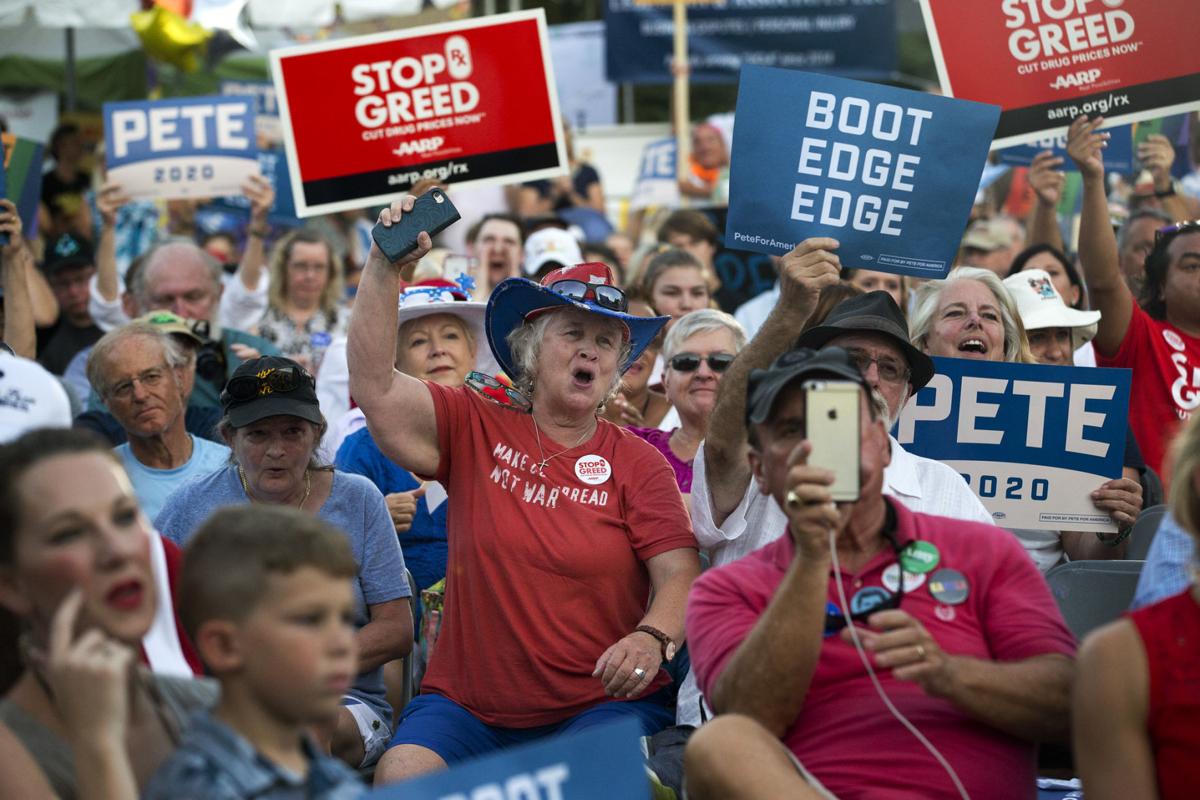 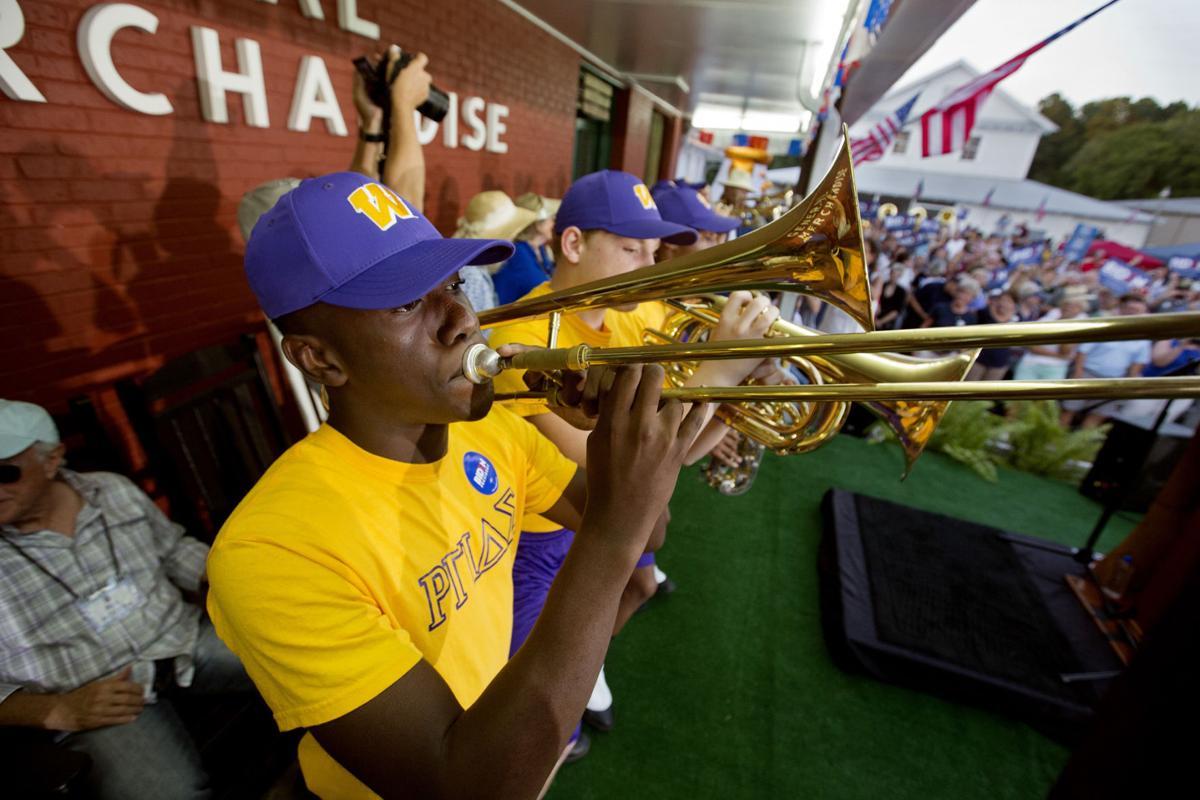 GALIVANTS FERRY — This Horry County community is where chicken bog and boiled peanuts combined with bluegrass tunes and marching bands Monday so thousands of inquisitive voters could mingle with an array of political contenders hoping to win them over.

A historic 2020 presidential election collided with a beloved piece of South Carolina political history, as the long-running Galivants Ferry Stump Meeting added a new chapter to its 143-year tradition by hosting White House hopefuls for the first time.

"We are at the center of the political universe tonight here at Galivants Ferry," said New York City Mayor Bill de Blasio as he kicked off his speech, thanking the Holliday family that has long organized the biennial event for "keeping this beautiful tradition alive."

U.S. Sen. Bernie Sanders of Vermont was scheduled to attend also but withdrew Saturday, as his campaign said he needed to take some time off the trail to let his strained voice recover. But volunteers for his campaign and several other candidates who couldn't make it were still out in force trying to sign up supporters.

After tasting some of the Southern staples for the first time, de Blasio joked that he planned to start a "side hustle" by opening a chicken bog and boiled peanuts joint back in New York.

Klobuchar called for Democrats to fight back in red states like South Carolina and try to win over moderate Republicans, saying she did not "just want to be president for half the country."

Buttigieg got the crowd laughing as the Navy combat veteran vowed to take any insults from President Donald Trump on the chin.

"I've faced worse incoming than a tweet full of typos," he said.

But only former Biden, the Democratic primary race's frontrunner, could open his speech by saying, "It's good to be back." After all, Biden spoke at the 2006 Stump after being invited by the late U.S. Sen. Fritz Hollings, his longtime friend.

"I know I'm going to offend another state," Biden said, "but this is my favorite campaign event."

For Mandy Powers Norrell, a state representative from Lancaster, the magic of the Stump starts when your car, speeding along a relatively empty stretch of U.S. 501, suddenly hits the massive traffic jam of cars trying to get into the pecan grove that serves as a one-night-only makeshift parking lot.

"It's so steeped in tradition and old South politics that it's something you'd imagine happening decades ago, generations ago," said Powers Norrell, who last year came to the Stump en route to becoming the Democratic nominee for lieutenant governor. "It's beautiful and exciting to see all these like-minded people coming together and sharing a common purpose."

Longtime attendees, like S.C. Democratic Party chairman Trav Robertson, could recall milestones from over the years.

Like when former Lt. Gov. Nick Theodore and former Charleston Mayor Joe Riley squared off here in the 1994 Democratic primary. Or when Hollings delivered one of his final public speeches at a venue that meant so much to him over his lengthy political career.

"This is where the city and rural South Carolina intersect," Robertson said.

For younger political junkies like Noah Barker, a student at Presbyterian College, the event offers a peek into a bygone era from long before the 18-year-old was born, while also emphasizing values of the more modern Democratic Party.

"This is where you can see an elderly African American woman sitting next to 20-year-old white guy and it's all about inclusion," Barker said. "It's about community."

Russell Holliday, one of the top organizers from the family that has hosted the event for generations, said she was thrilled the presidential version came together so well after they had been "nervous wrecks" putting it together in just a month and a half.

"My father was the cheerleader that kept this thing going when they all dropped by the wayside," Holliday said. "The reason he kept it alive is people want eyeball-to-eyeball politics."

As the crowds dispersed back across the state, Holliday considered what her father, John Monroe Holliday, would think if he could see what the event had become Monday night.

"We have made him proud," she said. "He'd be smiling and laughing and saying, 'See, I'm glad you kept it going.'"