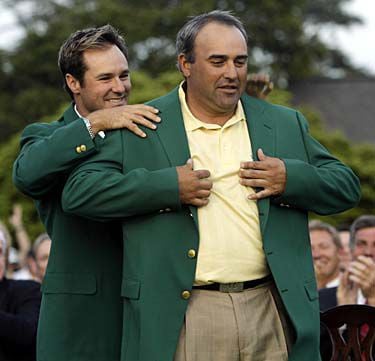 After all the drama at Augusta National was over, Angel Cabrera slipped on his first green jacket. 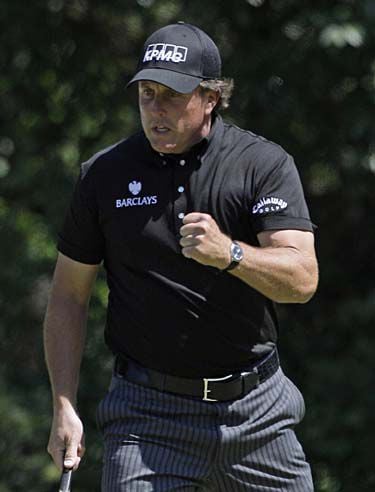 Phil Mickelson's 30 on the front nine tied a Masters record, but his rally was cut short on the back side. 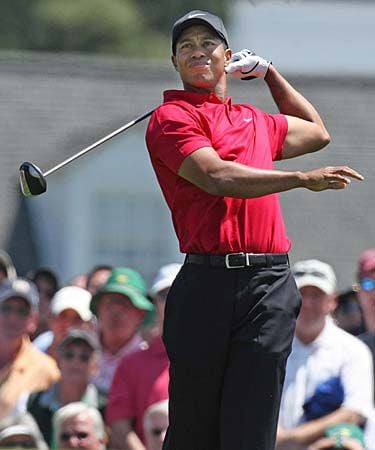 Tiger Woods contributed to the buzz Sunday at Augusta National before coming up short. 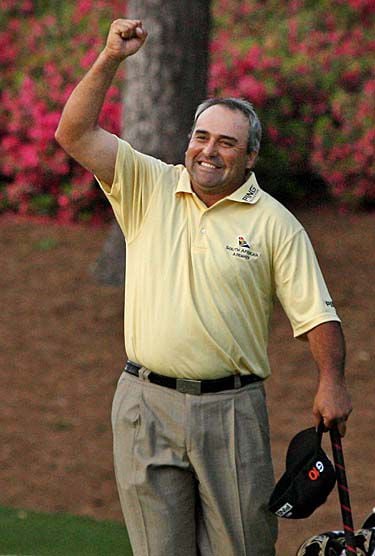 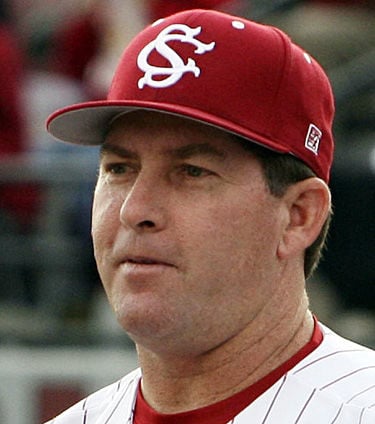 After all the drama at Augusta National was over, Angel Cabrera slipped on his first green jacket.

Phil Mickelson's 30 on the front nine tied a Masters record, but his rally was cut short on the back side.

Tiger Woods contributed to the buzz Sunday at Augusta National before coming up short.

Some people forget. The 2010 South Carolina baseball team, for all its fanfare, did not finish first in the SEC East.

The Gamecocks went into the NCAA tournament full of Florida Gators envy.

Today, the defending national champs are No. 3 in the nation.

But not the highest ranked SEC team.

They are chasing No. 1 Vanderbilt.

"I think we have to be the underdog," head coach Ray Tanner said Tuesday night at The Joe, where South Carolina lost to The Citadel and sparkling pitchers Logan Cribb and TJ Clarkson, 2-0. "I mean, they have a tremendous pitching staff. And we have a good one. We're a pretty good team in our own right, but Vanderbilt has been ranked No. 1 for a couple weeks now.

"We're certainly the underdog going in."

Go ahead and snicker at Tanner's spin on a potentially classic clash of current No. 1 vs. College World Series winner.

But it's not as if a full-of-beans coach ordered a customized package from a think tank full of motivational experts.

This is as perfectly arranged as a diamond diagram with bases 90 feet apart, the ideal fat-and-sassy antidote.

Complete with a fresh loss to a struggling Southern Conference team.

Not only does Tanner have a veteran ballclub loaded with players in possession of shiny championship rings and confidence, he has a bat rack full of incentive going into a mega-series plunked between Tuesday appearances in the Lowcountry (next week at the

Finishing behind Florida last season meant the Gamecocks had to sweat out a Super Regional trip to Myrtle Beach.

Planting a high seed is the conventional path to Nebraska. That means winning the big SEC games and avoiding Citadel-like stumbles.

"We don't get too far ahead of ourselves," Tanner said. "We talk about perspective and where we are. Each game is a different challenge. Non-conference games count. It doesn't matter what day of the week it is or who you're playing. Every game is huge."

A South Carolina appearance in Charleston is always a big deal, but the Omaha aura makes the 2011 Gamecocks the most popular road show in college baseball.

Superfan Bill Murray was on hand.

Post and Courier beat writer Travis Haney was signing copies of his hot-selling tale of the 2010 season, "Gamecock Glory."

"It's been a little bit different," Tanner said. "But I think in general everybody's been happy that somebody from the state of South Carolina was able to win the national championship, and they enjoy playing (us). There are some great rivalries within the state and a lot of great teams, and hopefully it will happen again -- if not to us, maybe to one of the other teams in the state."

At this rate, the Gamecocks are the best Palmetto State bet.

What a college baseball ride.

"College baseball has changed in so many ways, and really all good," Tanner said. "The attention, the publicity, the media, the quality of players, the emphasis from athletic administrators and presidents and (athletic directors). It's all good and I'm excited to be a part of it."