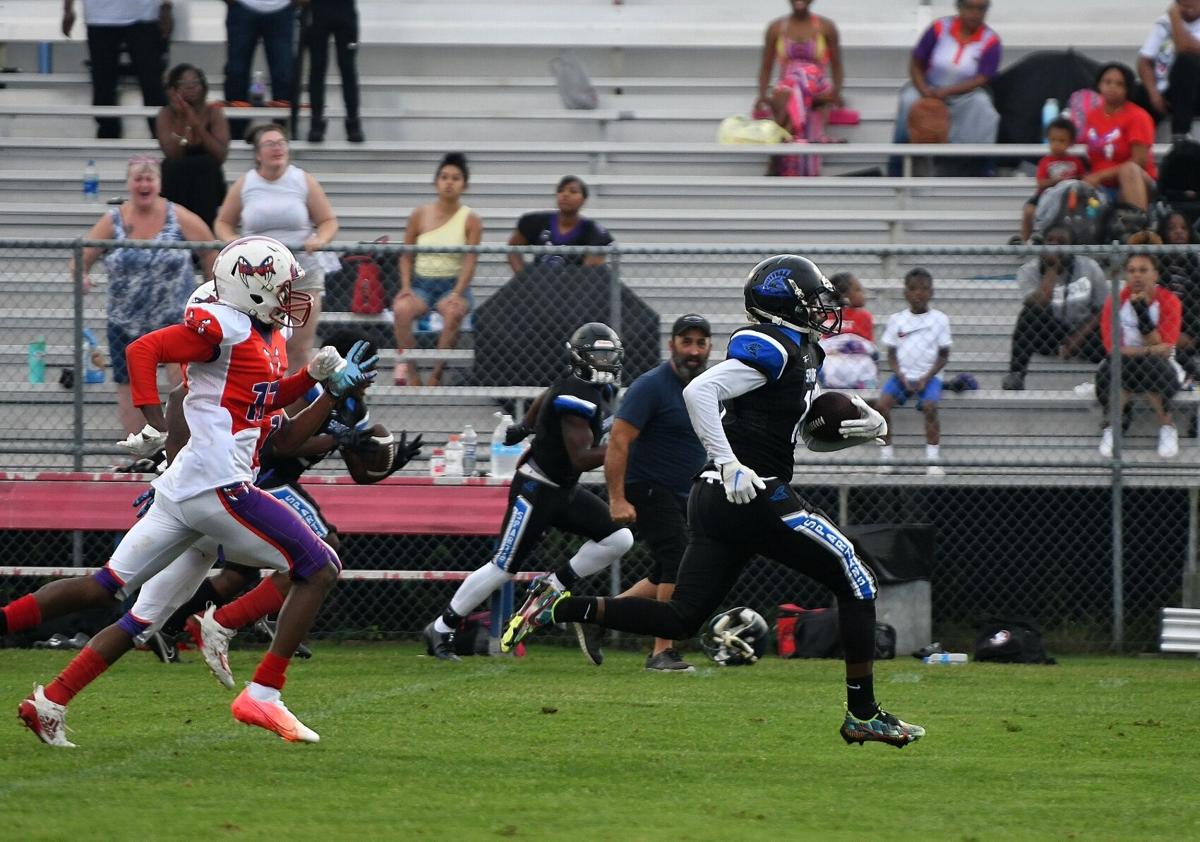 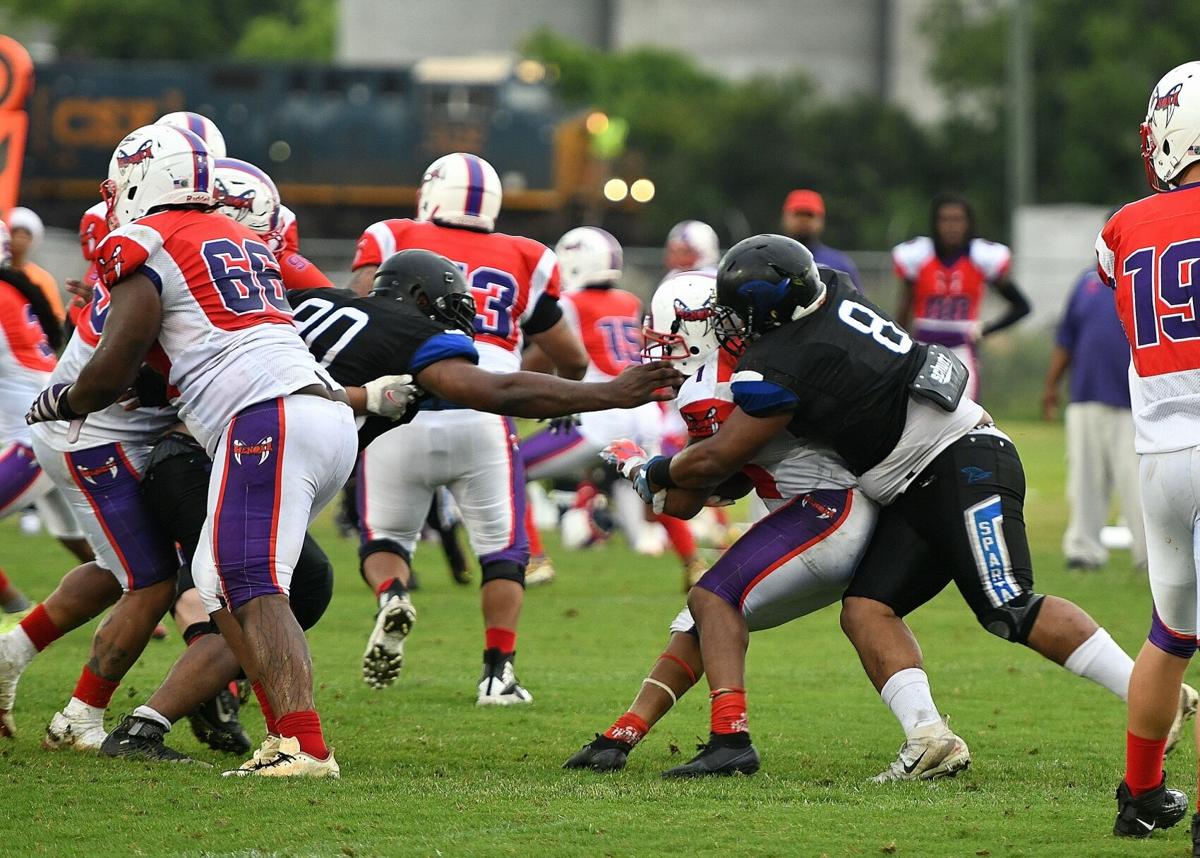 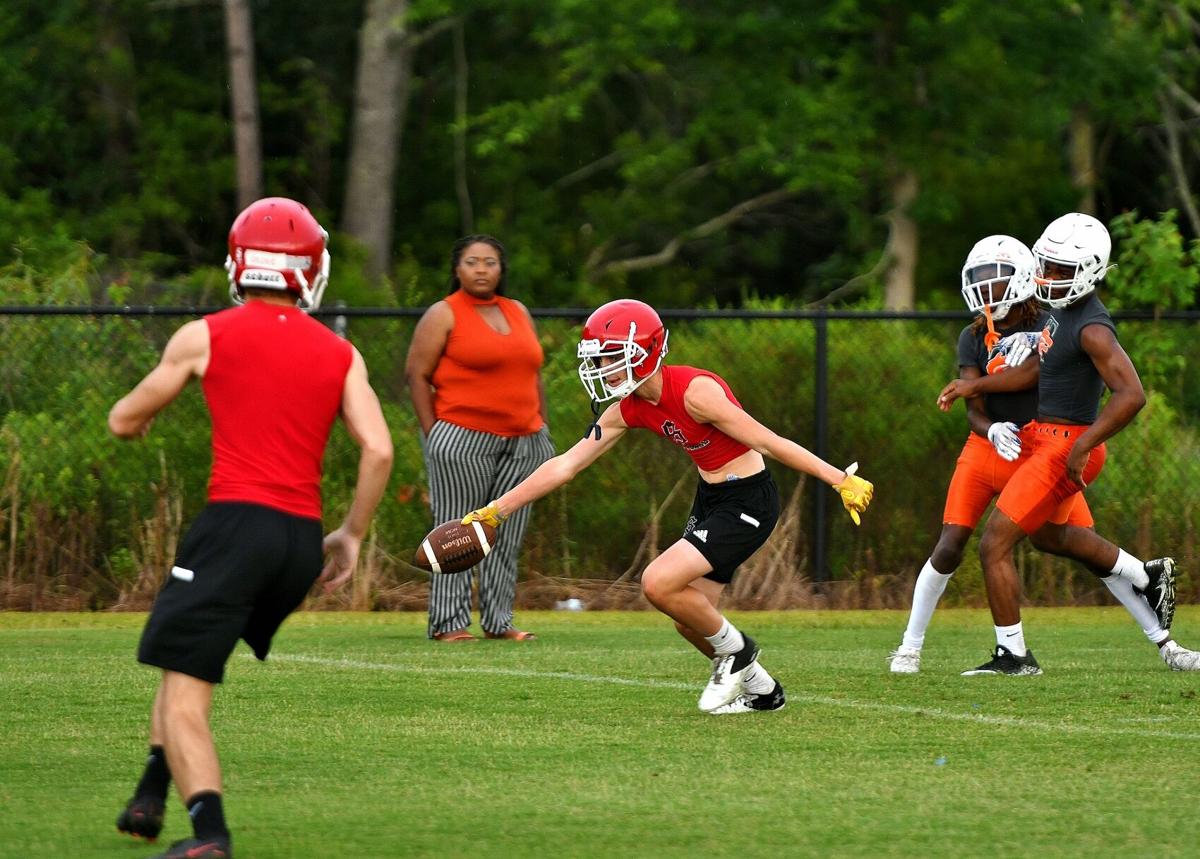 Stratford receiver Will Aleef scores a touchdown in a 7-on-7 game at Cane Bay High School on June 3.

Stratford receiver Will Aleef scores a touchdown in a 7-on-7 game at Cane Bay High School on June 3.

The Spartans scored both their touchdowns in the second quarter and the defensive unit made it hold up in a 14-6 victory over the visiting Carolina Venom from Charlotte.

The Spartans (5-2) travel to defending Independent American Football League champion Sumter Sharks on June 12 in the second round.

The Sharks knocked off the Spartans twice this season, most recently by 25-12 in North Charleston last month. Sumter received a bye on Saturday.

The winner tangles with either the Florida Falcons of Jacksonville or Savannah Raiders in the third round.

After a scoreless opening quarter, the Spartans reached the end zone twice before halftime against the Venom. Running back Daykota Holmes scored on a 21-yard run early in the second quarter and receiver Adrian Anderson took a slant pass from quarterback Jacob Park and turned it into an 81-yard scoring grab at the 5:15 mark.

Each team plays four 25-minute games with five-minute breaks in between. Games begin at 6 p.m.