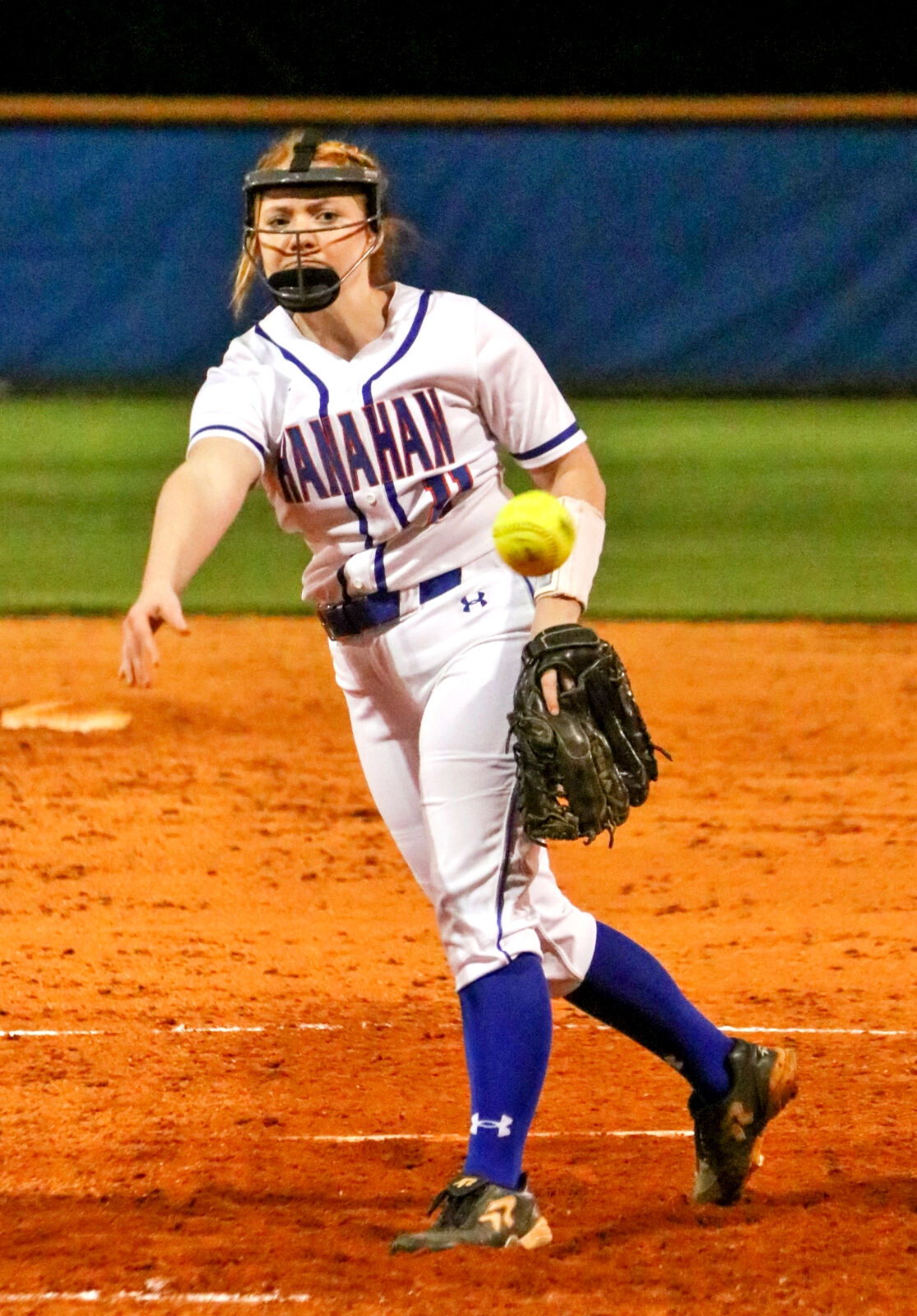 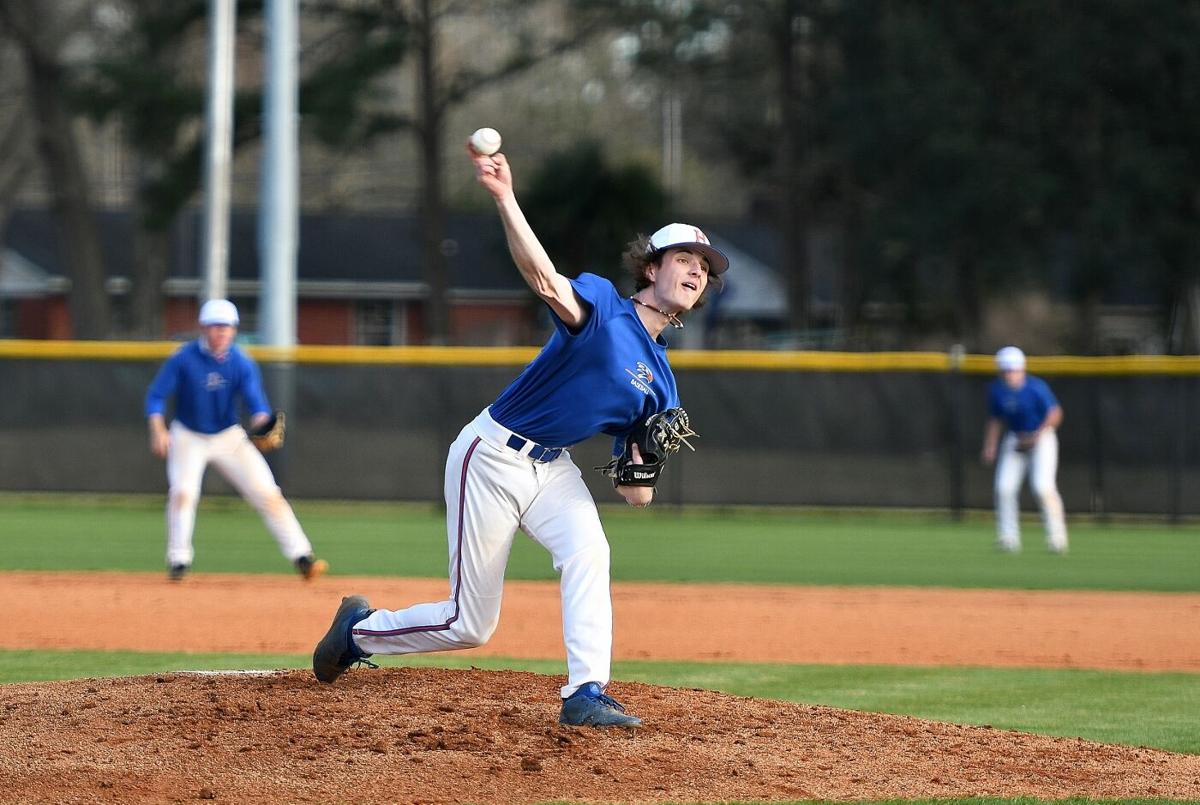 Josh Litwin was one of three Hanahan pitchers who combined on a one-hitter in a 20-1 win over North Charleston.

Josh Litwin was one of three Hanahan pitchers who combined on a one-hitter in a 20-1 win over North Charleston.

Hanahan High School pitcher Kaylee Barrett limited visiting Summerville High School to six hits and one earned run in leading the Hawkettes to a 2-1 victory in a non-region softball game on April 1.

Barrett struck out one and walked one as the Hawkettes won for the third straight game since starting off 1-2.

Hanahan was coming off a doubleheader sweep of North Charleston (16-0, 17-0) two days earlier in region clashes.

Summerville struck first in the top of the third inning but Hanahan answered with a single run in the bottom of the frame.

Angela Eimers reached on a single then scored the equalizer on a wild pitch to even it, 1-1.

In the fourth, Michaela Conlon reached on an error, moved to third on Hailey Helton’s single and scored on a wild pitch as Hanahan grabbed a 2-1 advantage.

Brooke Patterson powered the Hawkettes at the plate against the Green Wave, going 2 for 3.

Barrett struck out three batters in two innings to earn the pitching victory.

Hanahan's baseball team improved to 6-2 on the season with its third straight win, coasting past North Charleston 20-1 on March 30.

Johnathan Shelton drove in five runs while Luke Blankenship and Nick Cappello added three RBIs apiece. Brick Nichols added a pair of RBIs for the Hawks, who were coming off victories over James Island (8-5) and Colleton County (6-3).

In the win over Colleton County on Monday, Coleman Jenkins drove in two runs and Foster Nicodin earned the win with five strong innings of relief, striking out seven batters while allowing three hits.

Against James Island on March 26, Jenkins homered and drove in two runs while Aryan Patel also had two hits. AJ Bryant struck out four batters and allowed three hits in 4.2 innings to earn the pitching victory for the Hawks.

The Hawks improved to 7-2 with a 17-0 win over North Charleston on April 2. Shelton had two hits and four RBIs while Ethan Walker collected three hits and three RBIs. Aiden Keller drove in two runs and Mason Woznac chipped in two hits and a RBI.

Hanahan pitchers Gene Blackmon, Luke Varner and Logan Wilson combined on a one-hitter and struck out seven batters in the three-inning game.